Paulo Martins has recently renovated a two-storey house in the old part of Castelo Branco, Portugal, an area which has been in an increasing state of decline in recent years. In response to this trend, this project was aimed at taking on the contours of an archetype, in an attempt to establish a trend in the urban occupancy of the city: urban revitalization of the historic center and its occupancy by younger age groups, making this part of the city more dynamic once more.

In line with this intention, the project consisted of maintaining the original appearance of the house on the outside, while inside, the spaces were readapted to current standards of comfort and living, marked by contemporary minimalism. 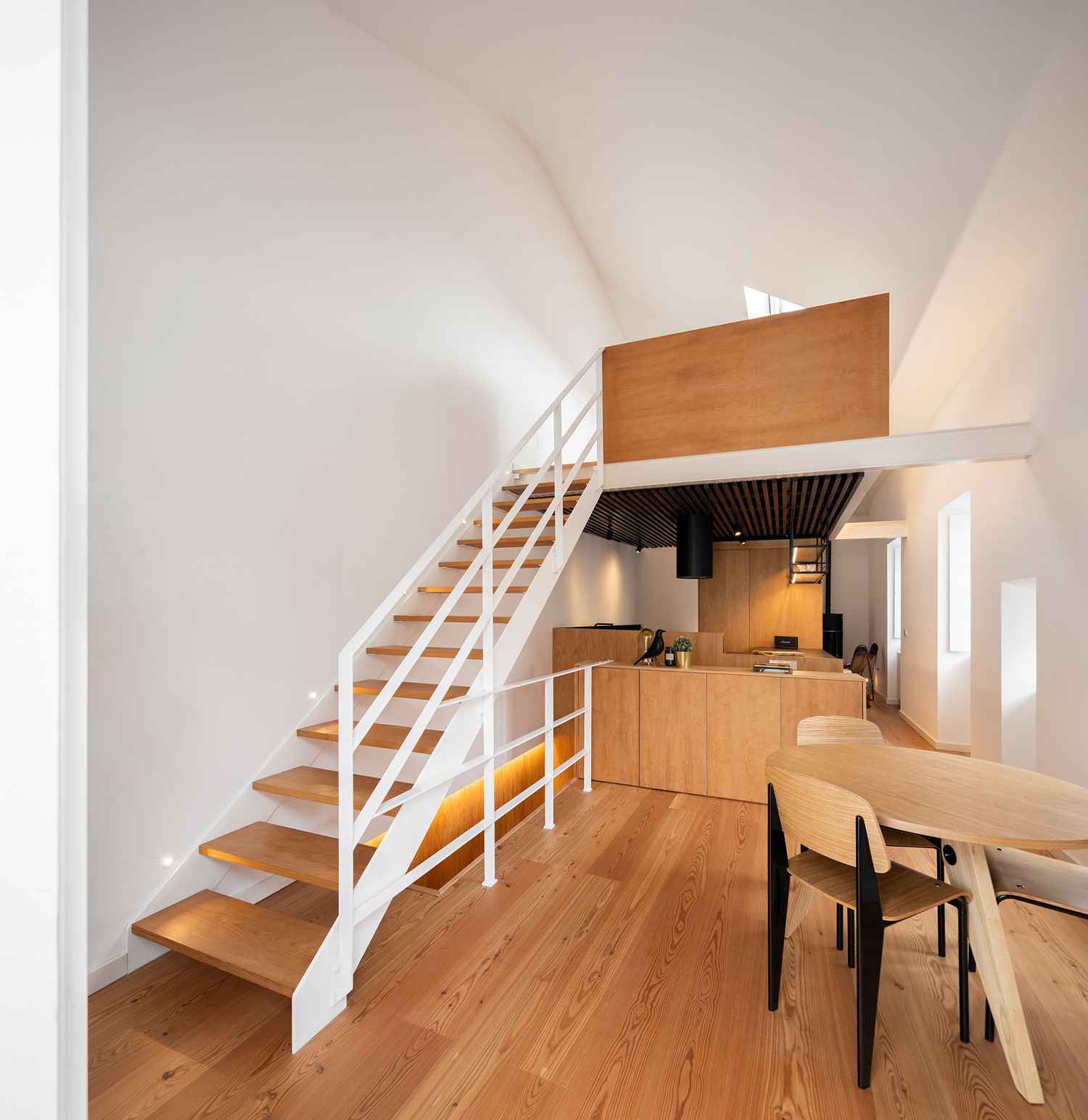 In project terms, the house has 2 floors and a mezzanine. The ground floor is set aside for rest areas, for lighting reasons, and the upper floors are for the social areas. On these upper floors, which are accessed via the original building staircase, the design team has restored the spatial amplitude of the roof, giving to the space quite a generous floor-to-ceiling height and letting the light reflect on the white ceilings and walls, flooding into the entire space that had once been enclosed. A skylight was added to the mezzanine, giving a view of the castle from the workstation and reminding that this contemporary space is filled with history.

In terms of materials, Paulo Martins wanted the project to be light, casual and welcoming, using simple, yet high quality, materials, painting the walls and ceilings in light shades and finishing off floors and furniture in Scots pine. 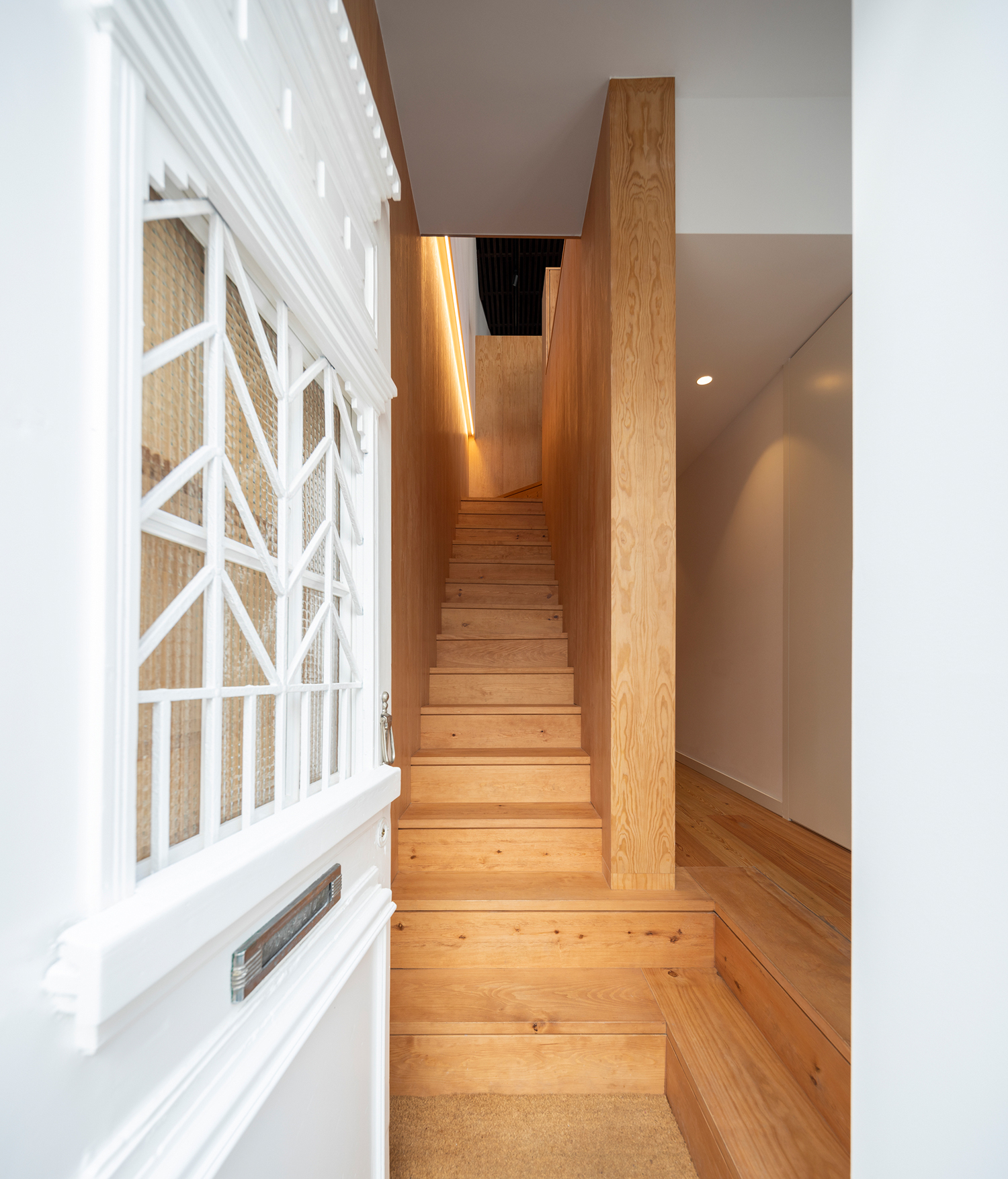 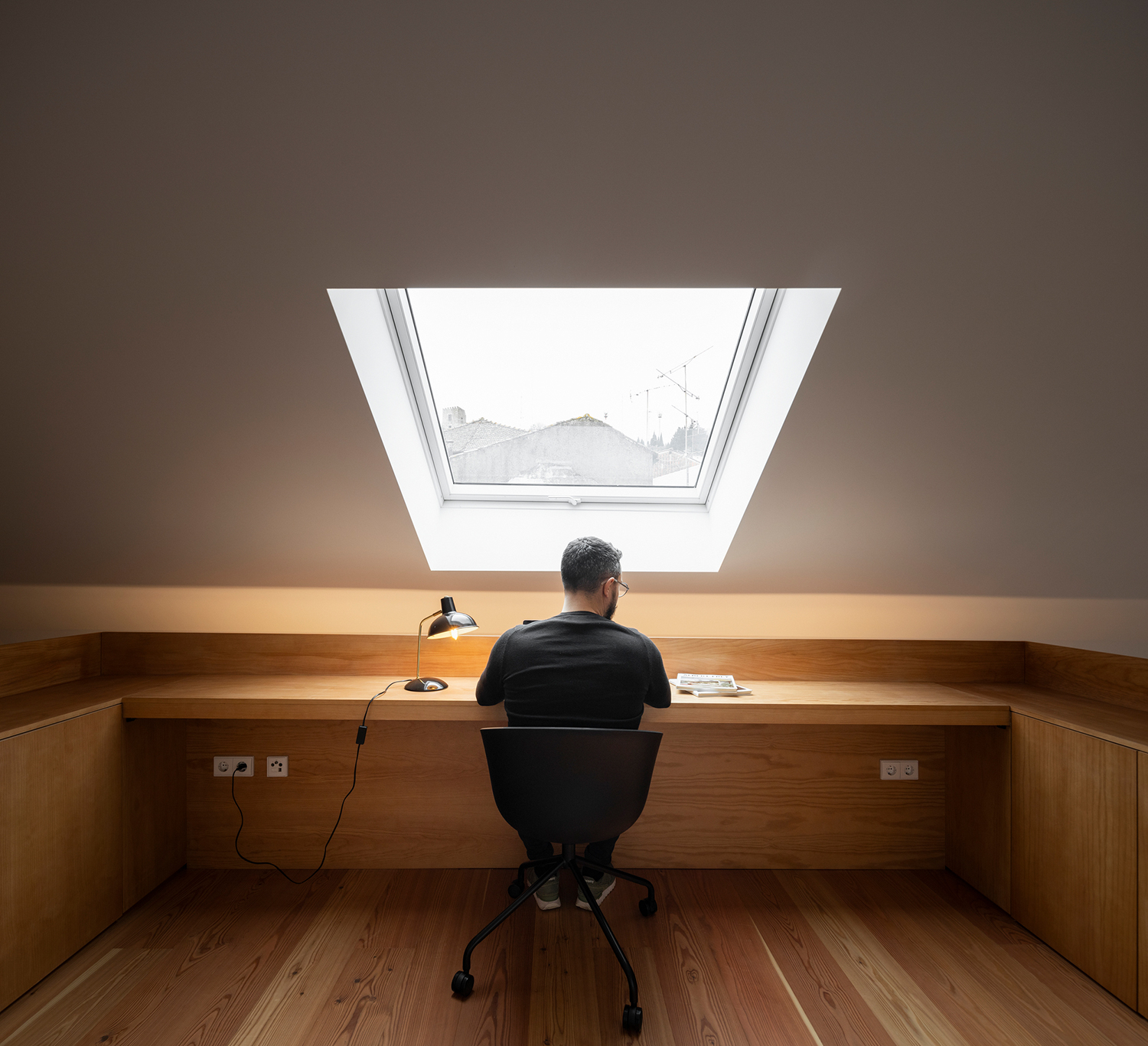 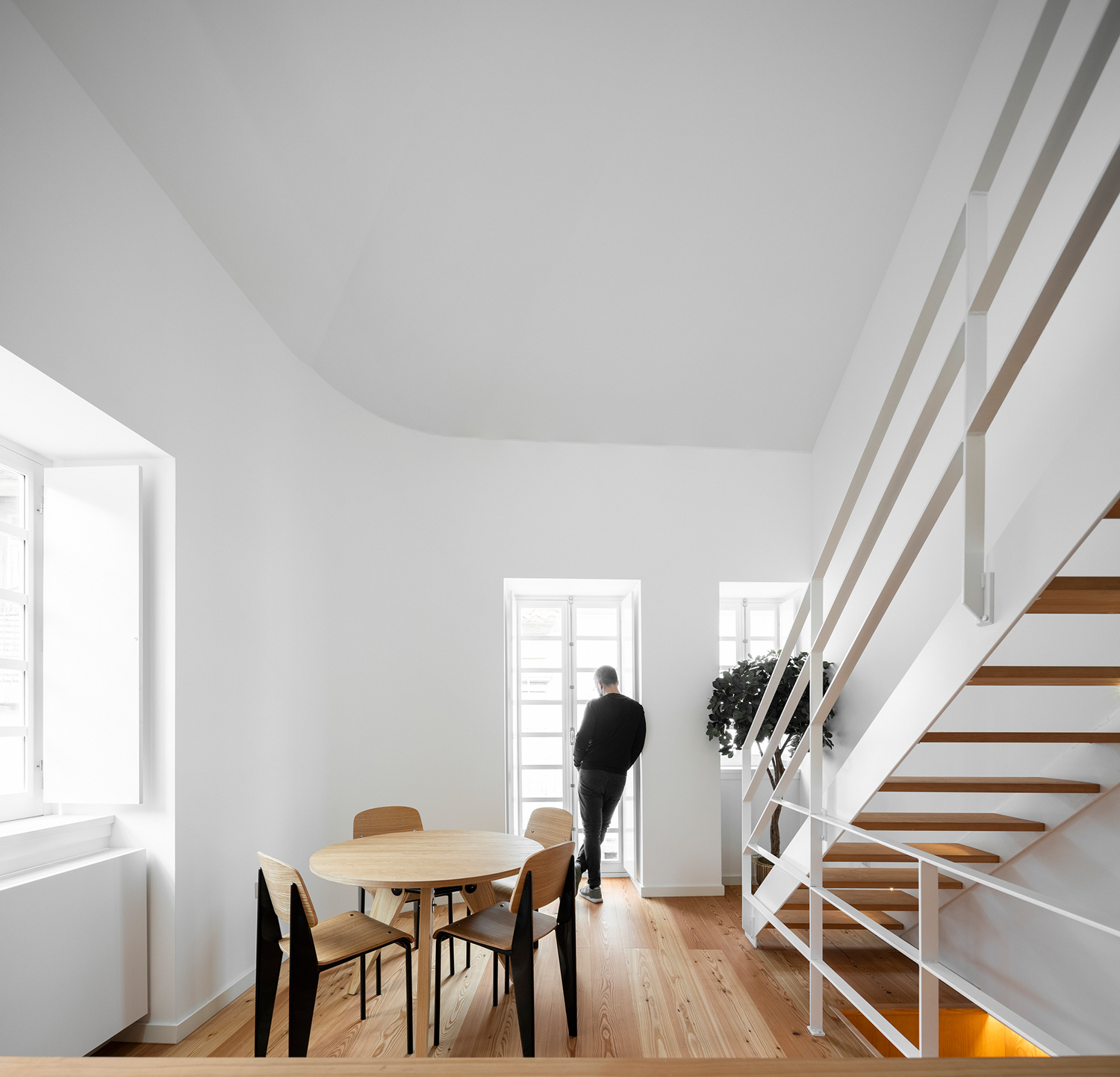 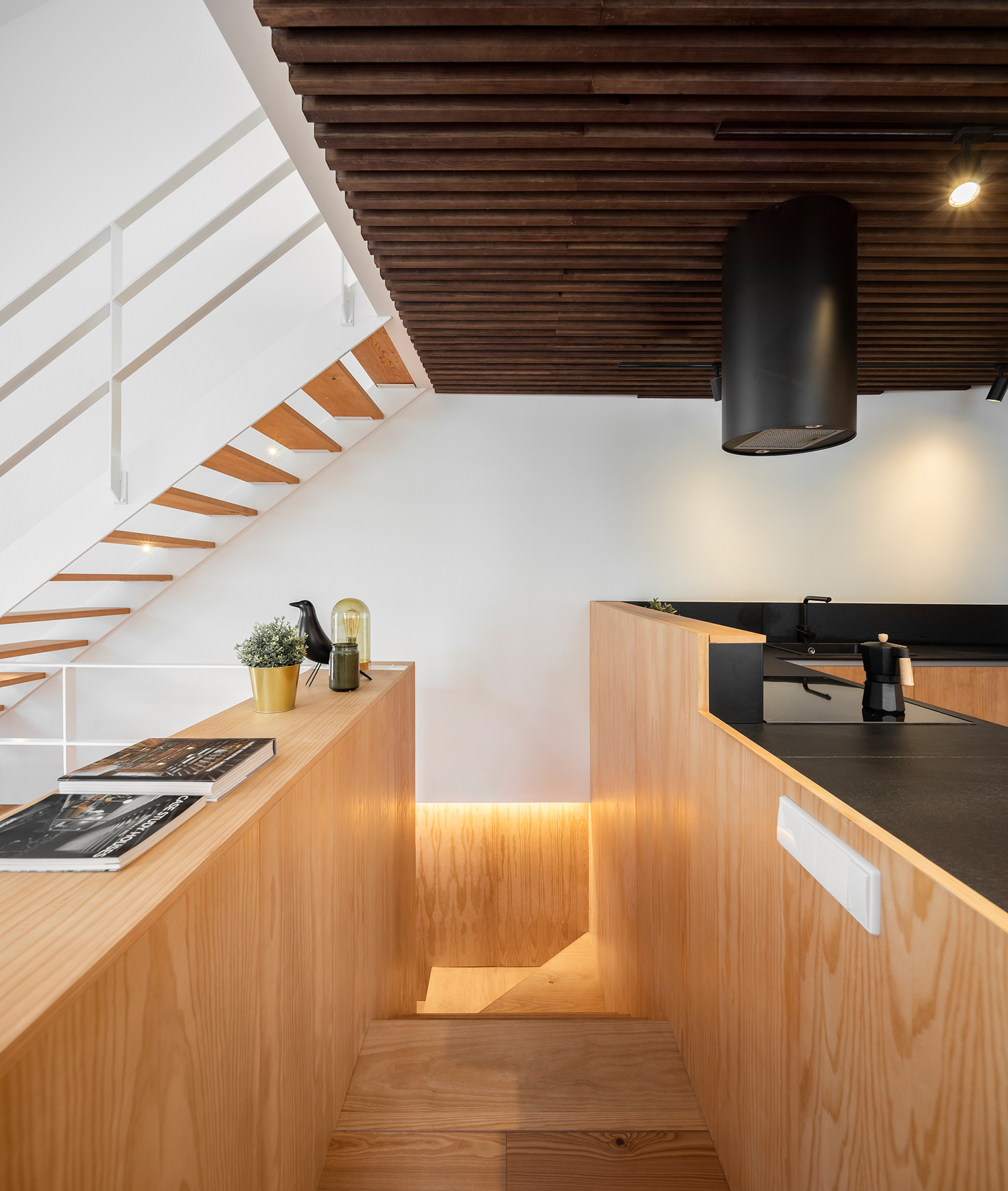 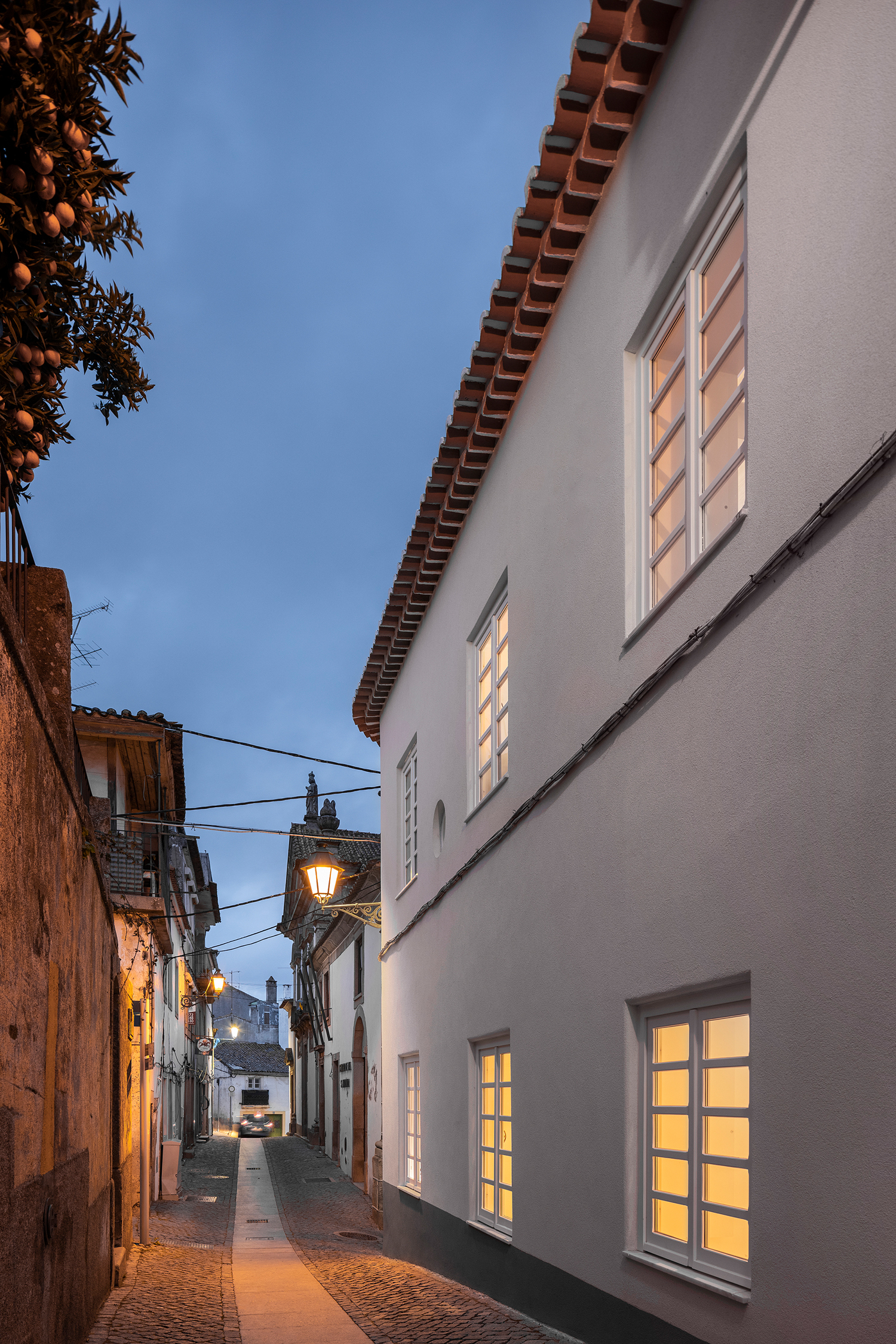 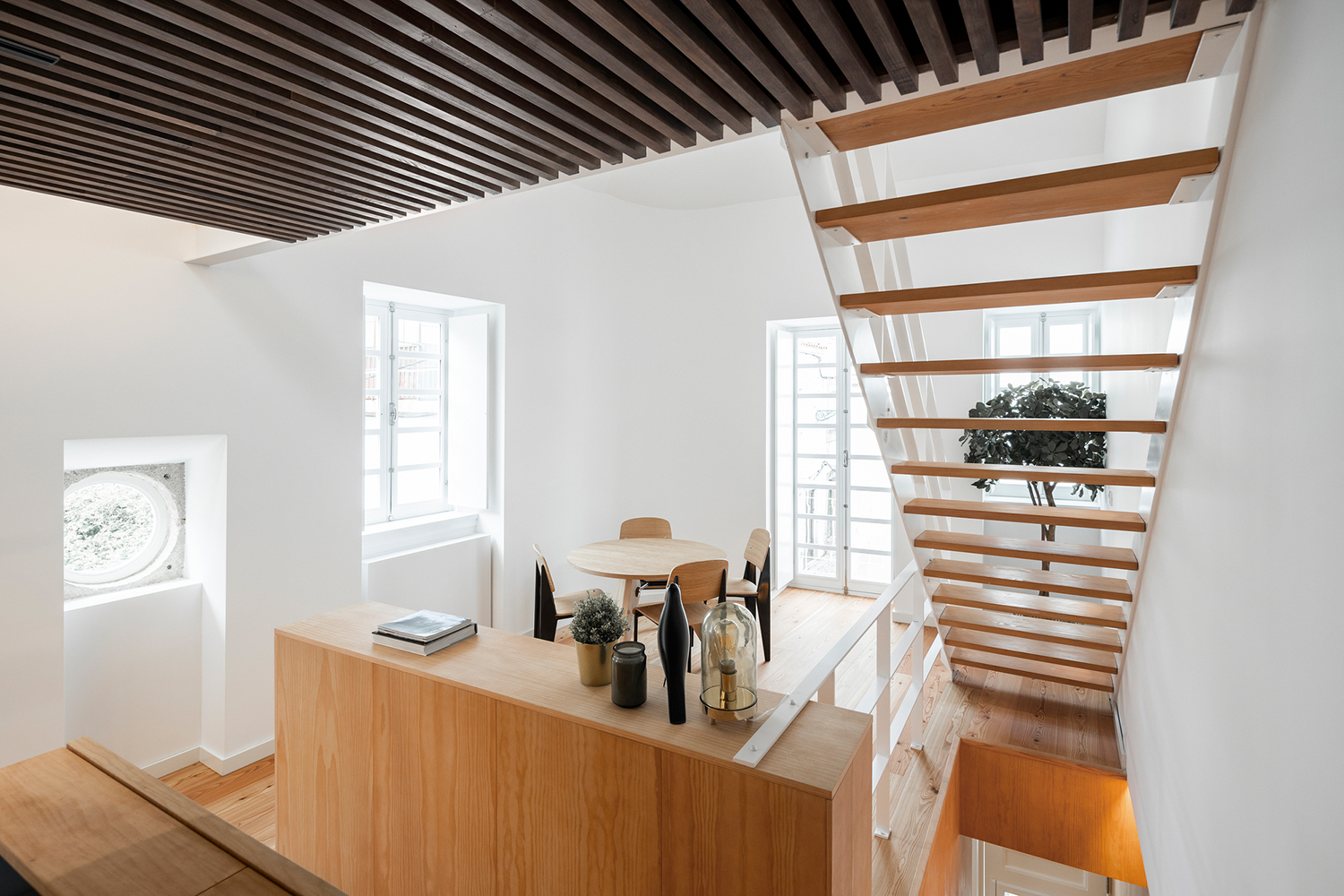 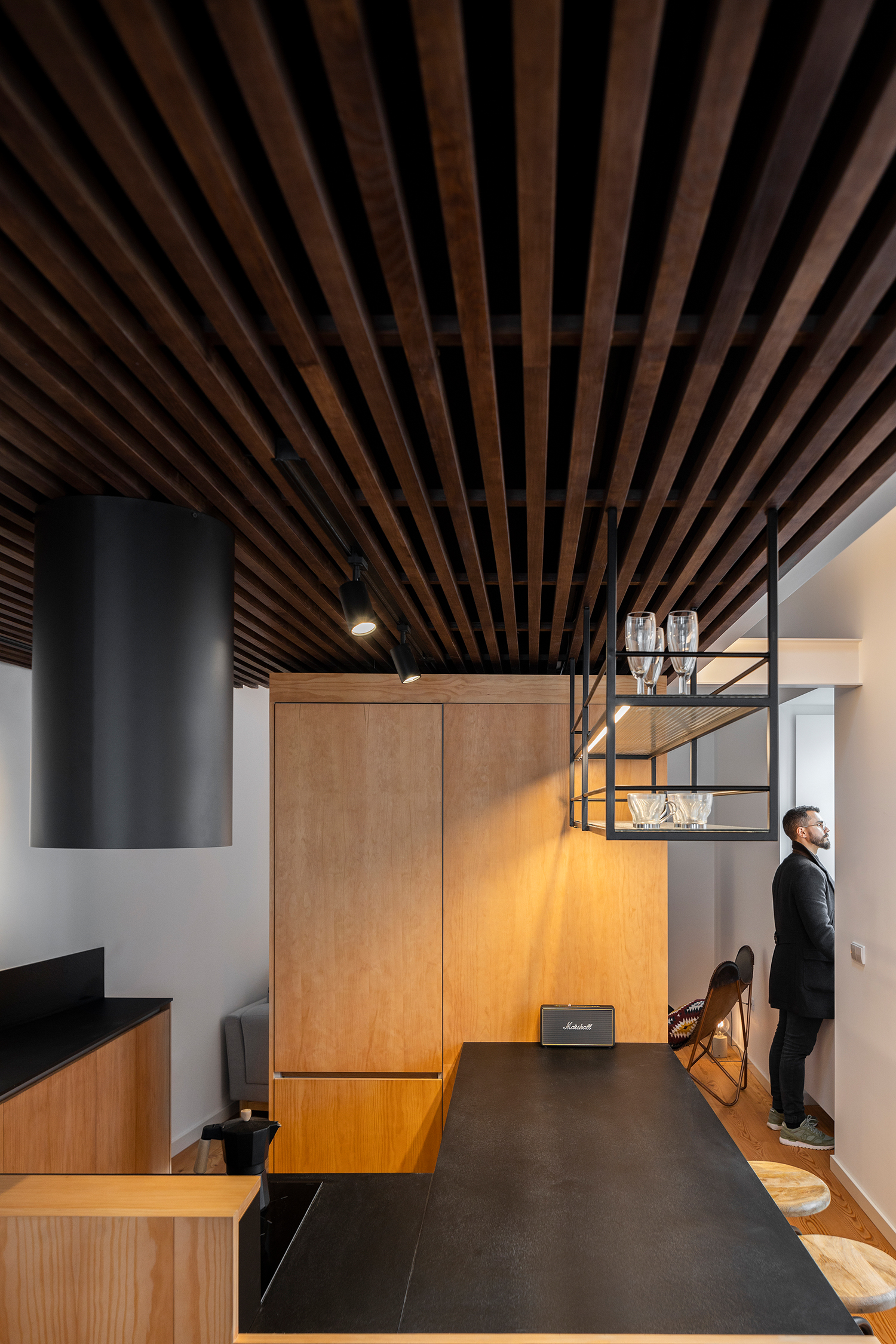 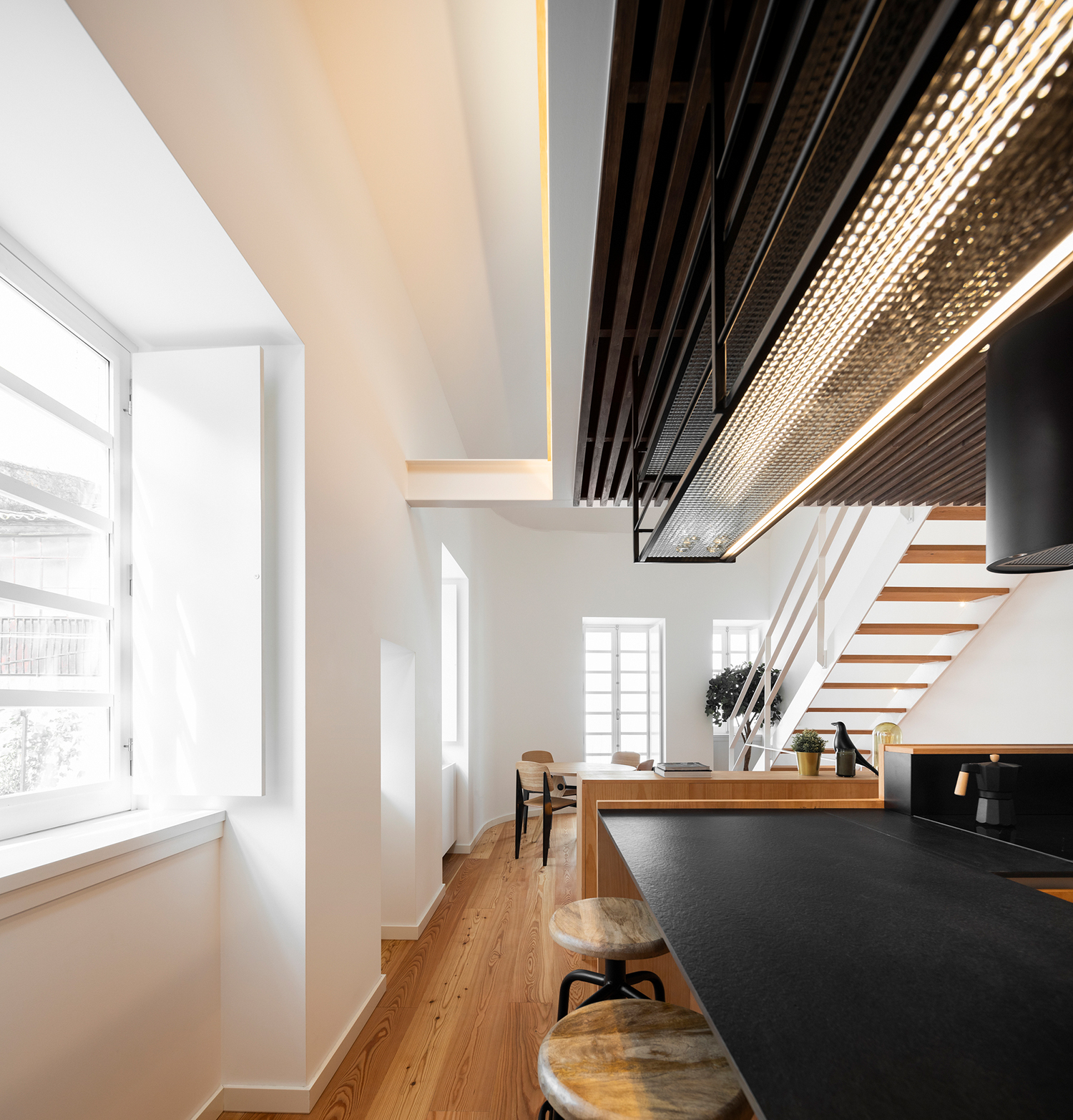 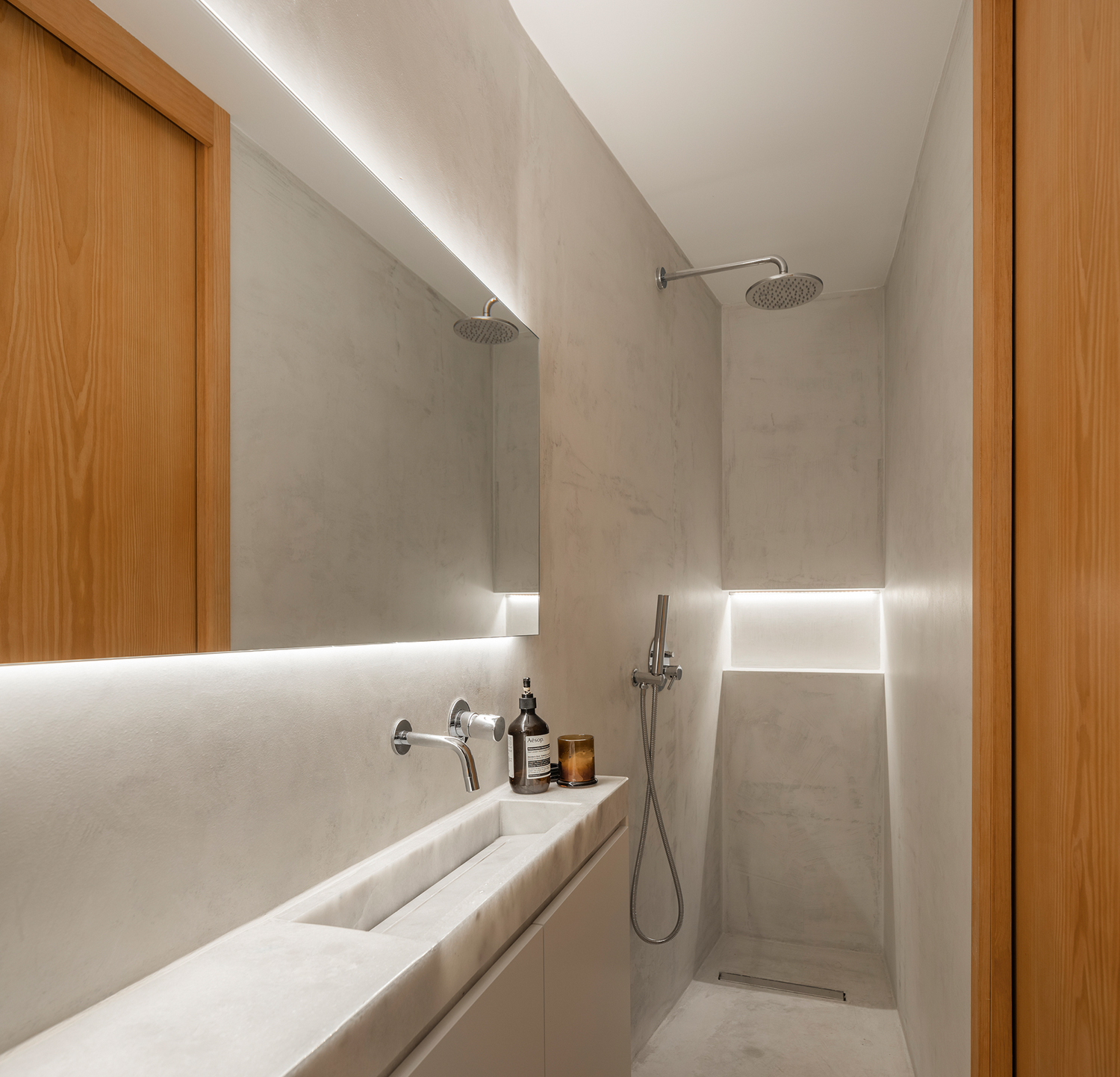 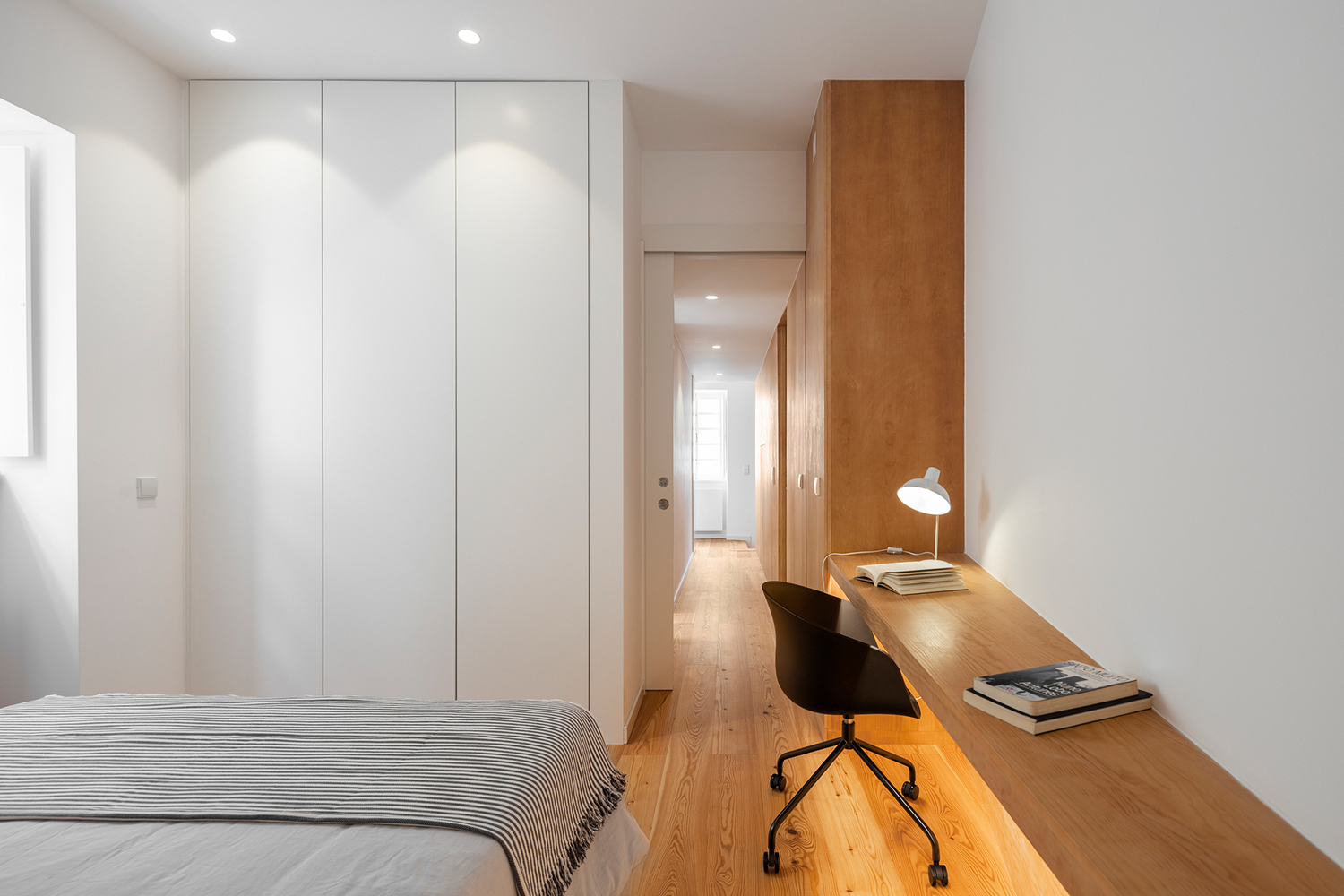 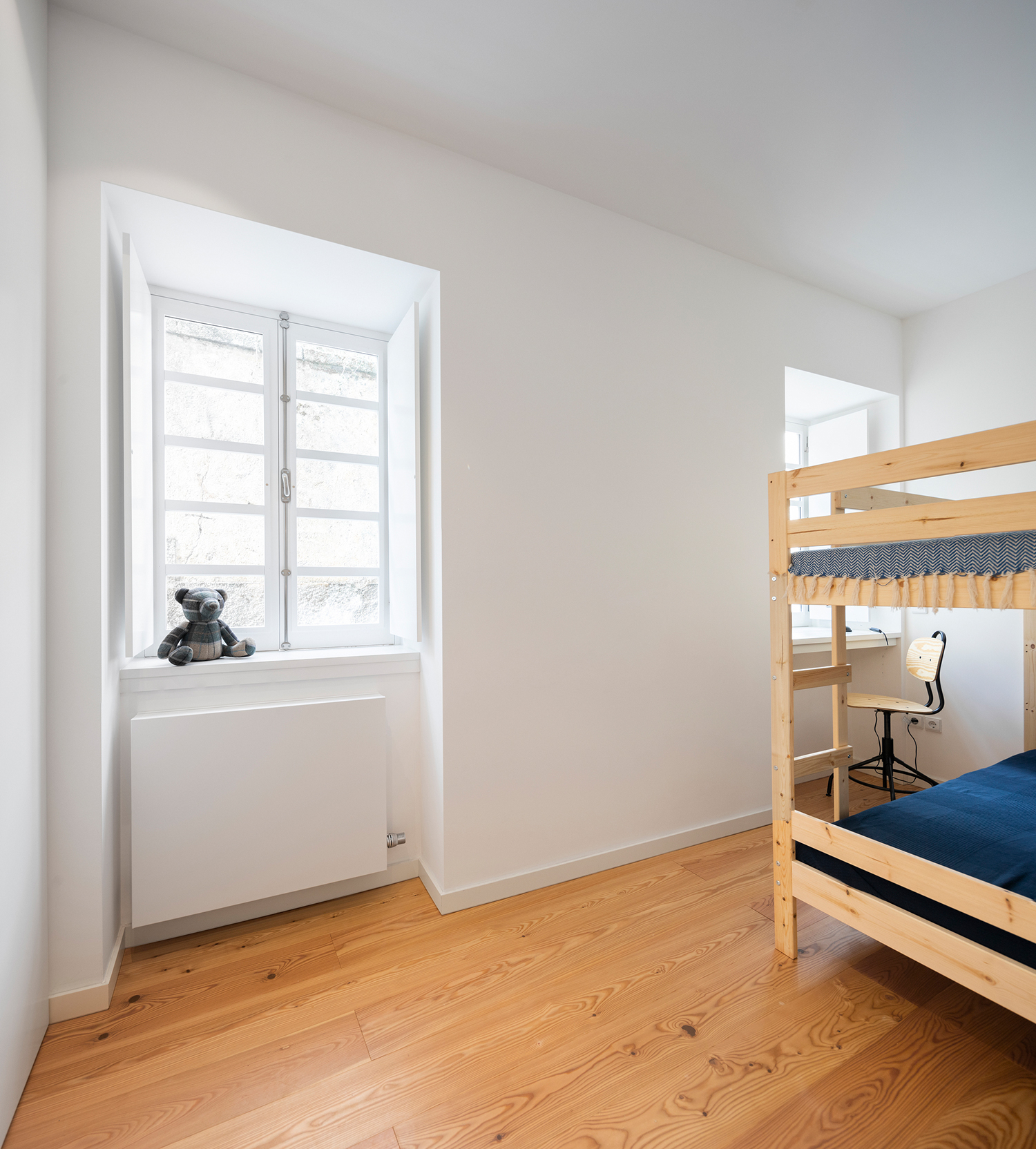