After a decade of development, Petr Janda has completed the architectural revitalization of the Prague riverfront. Originally built as a quay and shipment point, the area was deserted after flooding in 2002 and had since been used as a car park. With gradual program activation, the Brainwork’s design team has achieved a cultural and social revival within a public space of city-wide significance, along the ‘spinal cord’ of the city: the Vltava river. On the regulated areas of the banks, the riverfront architecture becomes the backbone of the city, which through its individual embankments, holds the entire urban structure, or skeletal system, of the city. 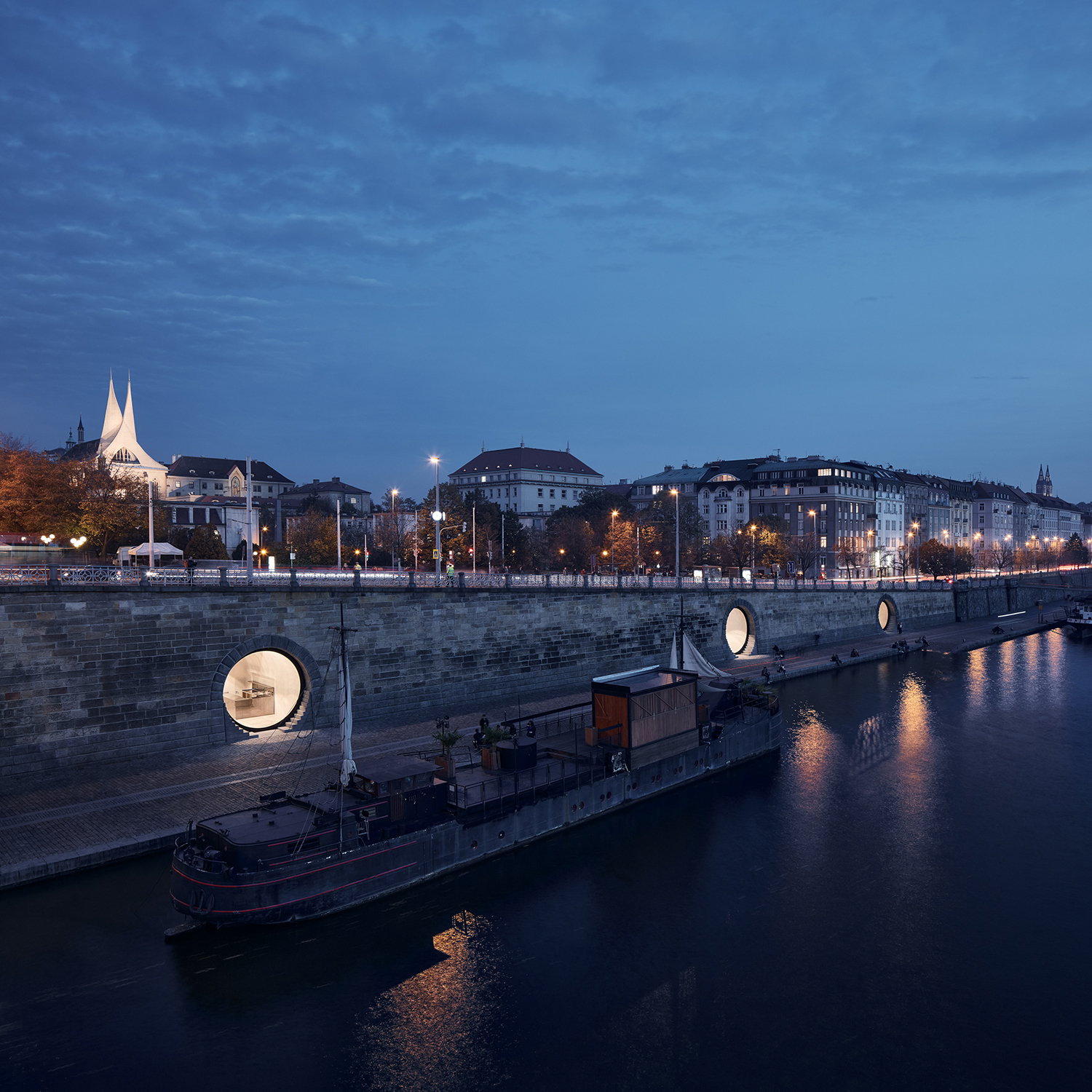 With the revitalization of the Prague riverfront, Petr Janda focuses on the reconstruction of 20 vaults in the riverside wall, which had originally been used as areas for ice storage. Instead of creating classic interiors, the vaults are merged with the exterior with maximum contact with the riverfront area and the river. 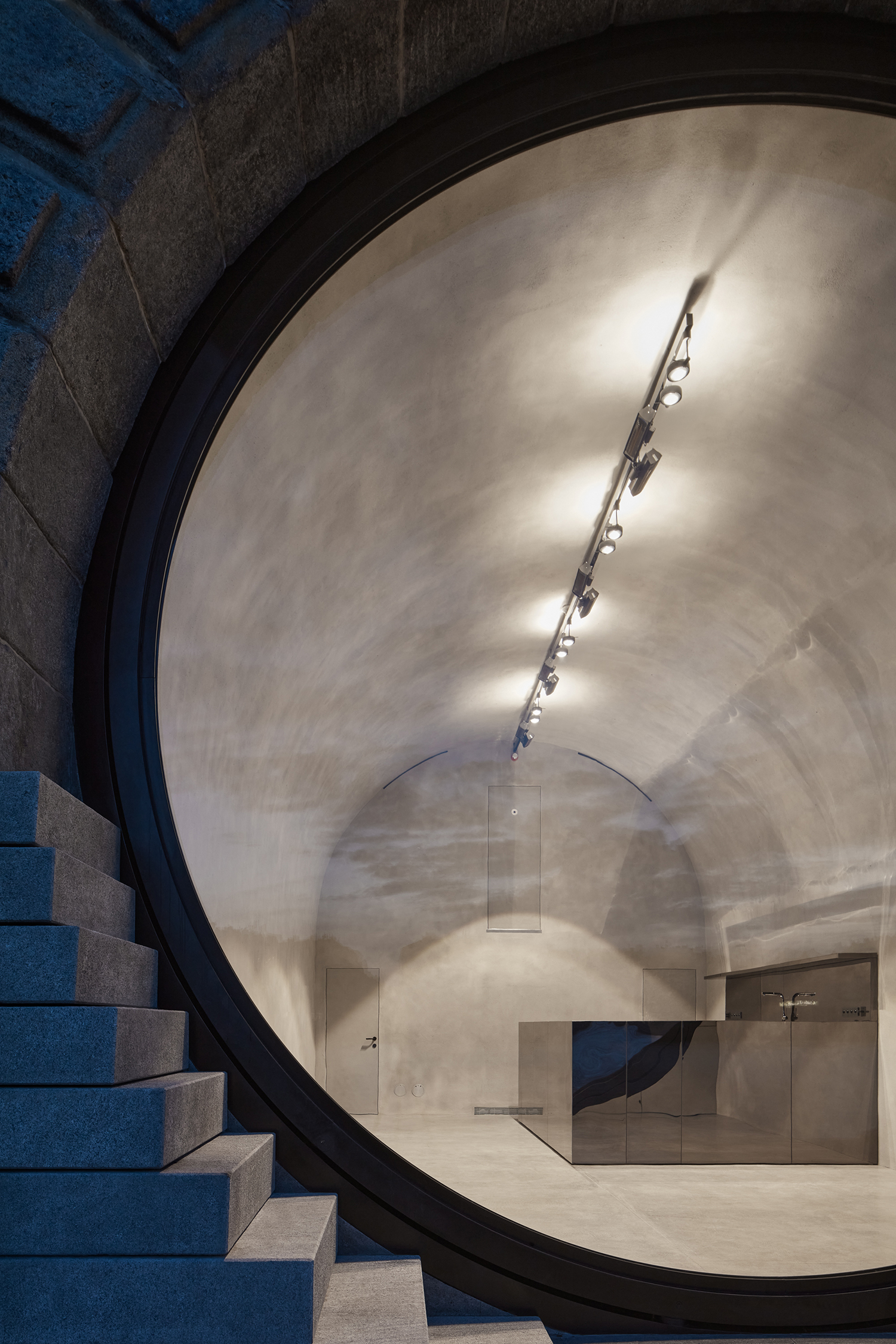 The vaults will serve as cafes, clubs, studios, workshops, galleries, a library branch, space for neighbor meetings and public toilets. The architectural design works with modular diversity, the spaces are designed as a detailed base that includes all operational and technical facilities and a bar that can be moved to different positions. There is a user’s manual that contains the identification of the individual tenants and the addition of built-in elements (the insertion of floors into large vaults, exterior bar, etc.) 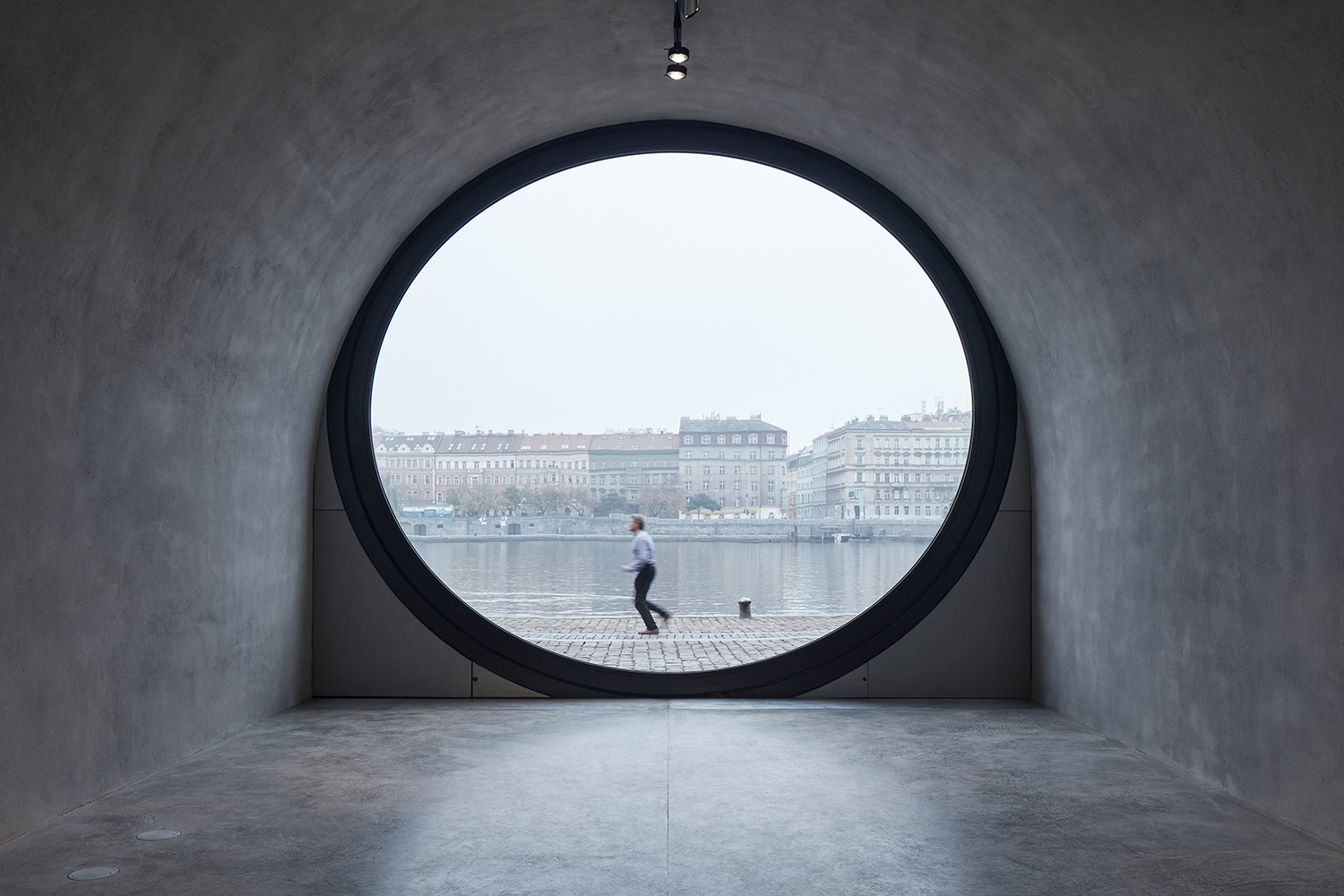 Emphasis is placed on the possible adjustment of each of the vaults so that they gain consistent integrity through the equipment of each tenant with their seating furniture and interior elements. “As architects, we supervise the individual adjustments so that the basic vision of the area is preserved, while achieving authenticity for each tenant,” explains Petr Janda. 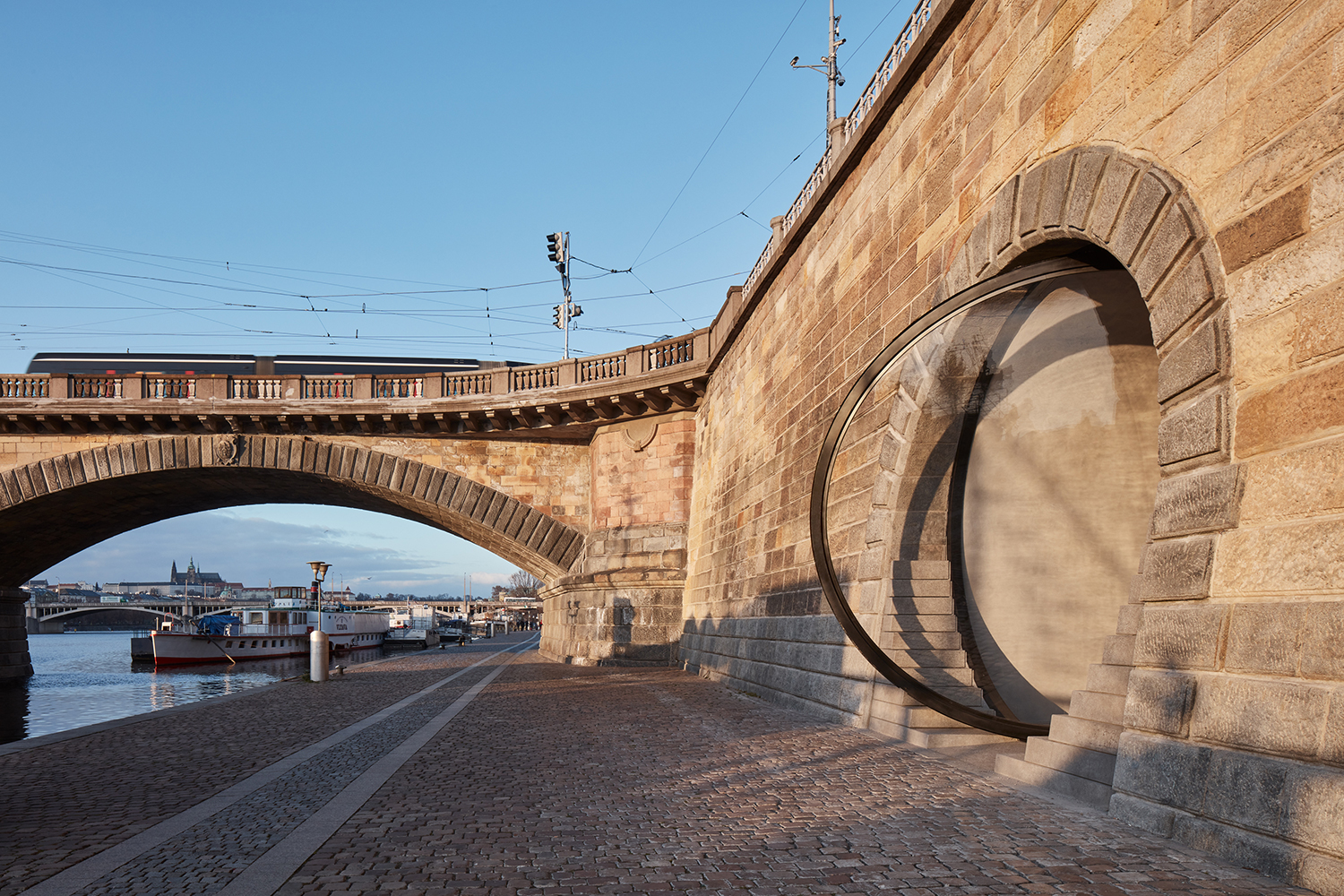 “We try to be support for the tenants and stay in the background architecturally, allowing a diversity of opinions. Although this often means different architectural sensitivity, we believe this will complement our basic vault design through another layer,” continues Janda. “Most of the tenants who co-created the phenomenon of the riverfront area will continue there and new projects have been selected from a whole spectrum of plans in an open public competition. We believe they will socially complement the riverfront area and offer various content and program concepts that will cater to all needs.” 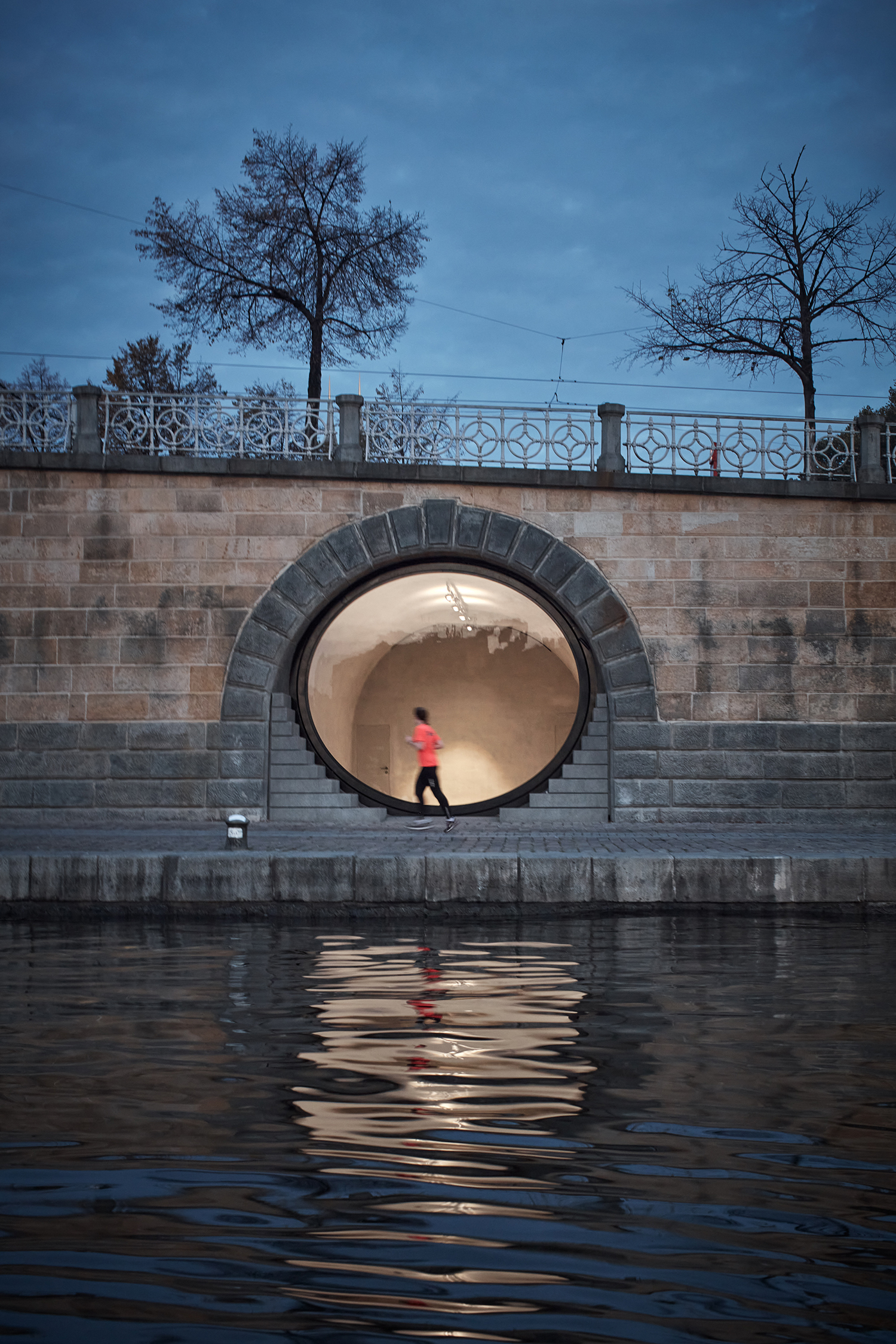 The interventions symbiotically merge with the original architecture of the riverside wall, into which they naturally fuse; by using the acupuncture strategy, they re-create a monumental whole. The aim is the most direct connection with the riverfront area with the maximum opening of the spaces inside the wall. The architectural design responds to the context of the place and works with minimal artistic means that allow purging of the existing shapes and relations and finding new interconnection views and possibilities arising from the environment of the embankment. 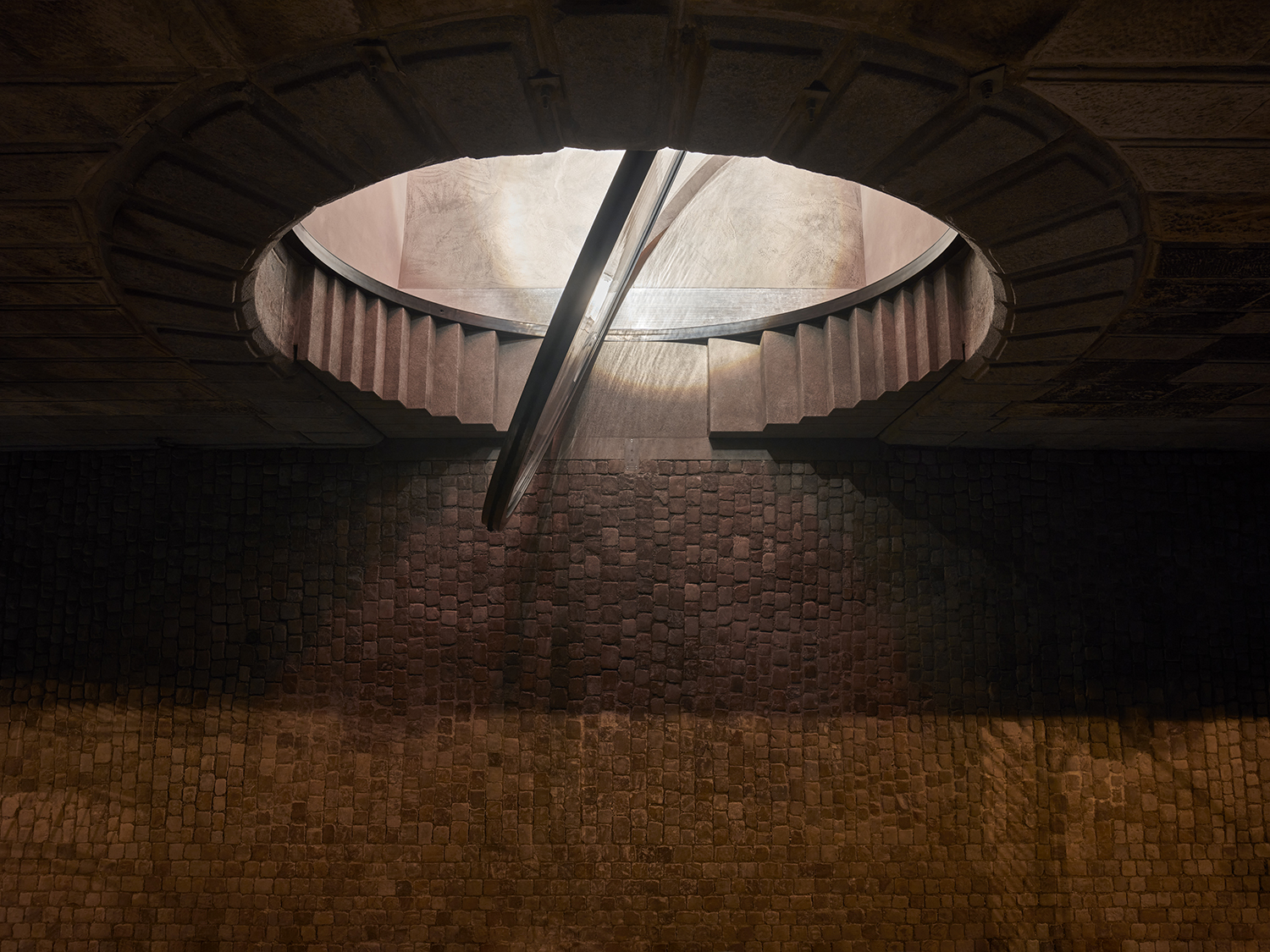 The six vaults on the Rašín Embankment are built following the almost circular arc of the upper part of the existing openings. The design itself is based on a tiny intervention, which takes more than it adds and brings the existing quality back in a contemporary way, creating a unique situation and opportunity.