Everyone of us has had their share of horrible public toilet experiences. Some are way too overcrowded while others are just plain uncomfortable. However, because of the growing demand for public utilities and the general population in urban areas continually rising, there might not be an end in sight for terrible public bathroom design.

Public toilet design needs a lot of thought and a lot of experience. Randomly putting up toilet partitions and other toilet fixtures will not be sufficient. It is not the same as designing toilets for private residential bathrooms. Even toilet bathrooms in public workplaces such as offices will prove to be a different task altogether. A well-designed toilet needs to have a few elements that every designer should always keep in mind.

Toilet Partitions Should be Clean and Dry

Clean and dry are probably the last two words you would use to describe a public toilet. It is not simple to keep a tidy toilet when a lot of people are using it without regard. This does not mean however that it is impossible to achieve a semblance of the perfect public toilet by designing the toilet properly.

Generally speaking, one can never really call public toilets clean. In fact, a clean public toilet is probably an oxymoron. But relatively speaking, a public toilet can be so much worse than the stereotype that it is commonly associated with. People who ever had the displeasure to regularly relieve themselves in an area where only public toilets are available know their horrors..

First off, let us find out what it means for a public toilet to be clean. An easier way to approach this is by dividing the toilet’s characteristics in terms of human sense. How does a public toilet, look, smell, sound, feel, and, hopefully not necessarily, taste. The human senses can tell a tale about how exactly the cleanliness situation is. 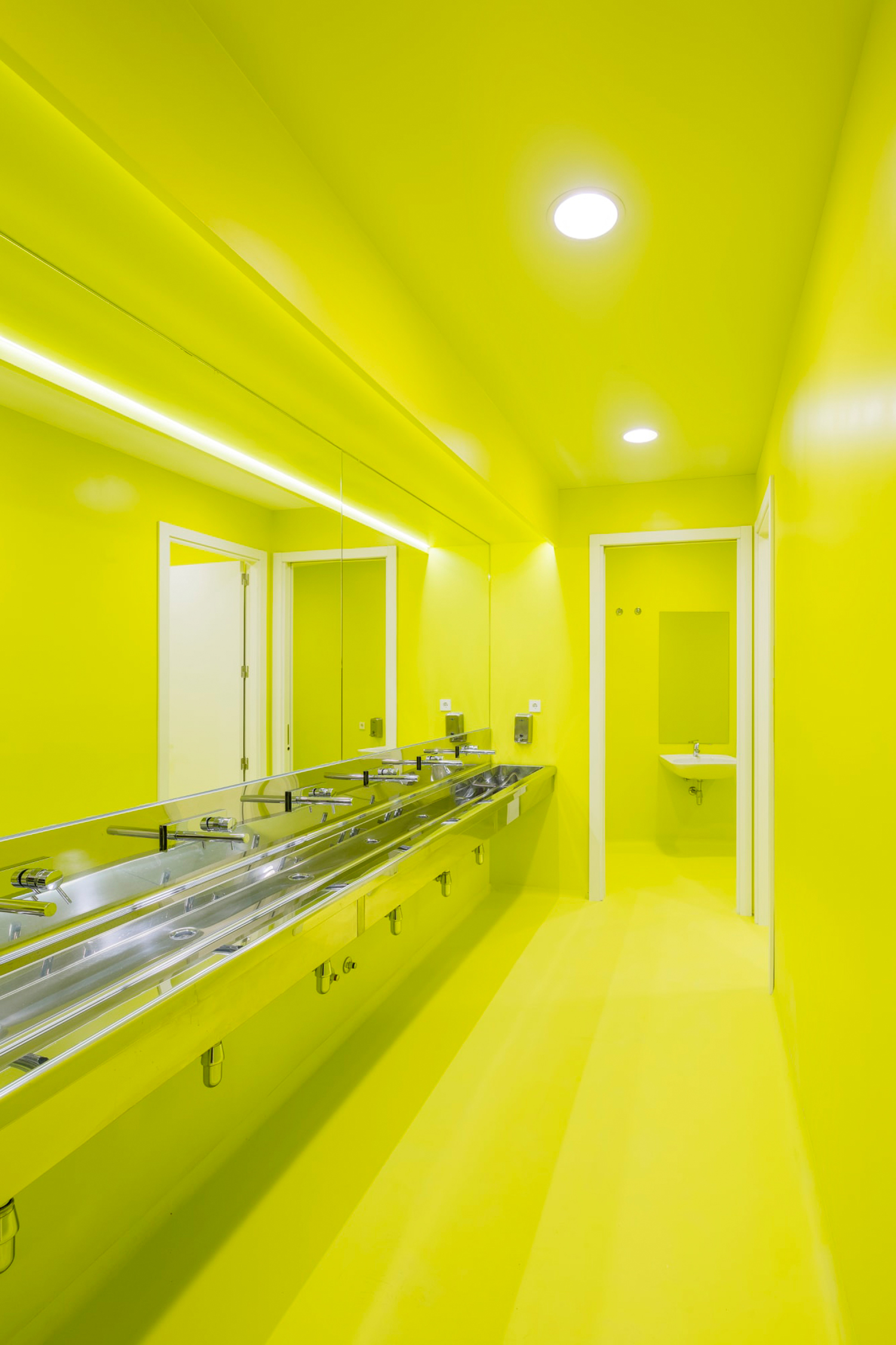 A good looking public toilet can speak volumes on how the toilet is maintained. If the floor tiles are noticeably bright and clear, it would mean two things. First, the ones maintaining the premise are not hiding anything. This is the reason why most bathroom designs are bright. It gives a sense of security knowing that there are no stuck up dirts that need scraping. Additionally, the bright colors, especially white, are commonly associated with purity and thus cleanliness. The second thing that the floor tiles imply is the more obvious one and that is that there is an effort made to ensure that the bathroom is clean at all times. It may not come as a surprise to you but not all bathrooms are cleaned on a regular basis. Having a readily usable toilet and is also well maintained by that is a luxury to have in any public place that you frequent.

It is essentially the hallmark of a clean toilet if it smells nice. Afterall, if there is anything associated with poor toilet maintenance, it would be the foul smell. So what would it take to say that a public toilet smells good enough. Basically, there are two approaches to make a toilet smell nice. First, it would be to keep the foul odors from ever reaching our nostrils. This can be done by proper ventilation as well as the use of toilet fixtures such as advanced toilets that promotes air circulation.

That foul smell is usually stale air that fails to escape from the toilet partitions dividers. Second is to compete against the bad odor with strong smelling fragrant fresheners. They come in various forms and shapes such as urinal cakes, sprays as well as the kinds of cleaning substance used when mopping and wiping the floors and surfaces.

While both approaches have their own merits, one is not sufficient without the other. On one hand, making the bad odor go away is near impossible especially in a public toilet. The amount of traffic and the number of users simply makes it difficult to ensure no foul odor despite a rigorous maintenance scheme. While on the other hand, fighting against the bad odor by a strong freshener may just suffocate the users. Just because you smell a stronger freshener over the foul toilet odors, it does not necessarily mean that you are not able to smell the other. 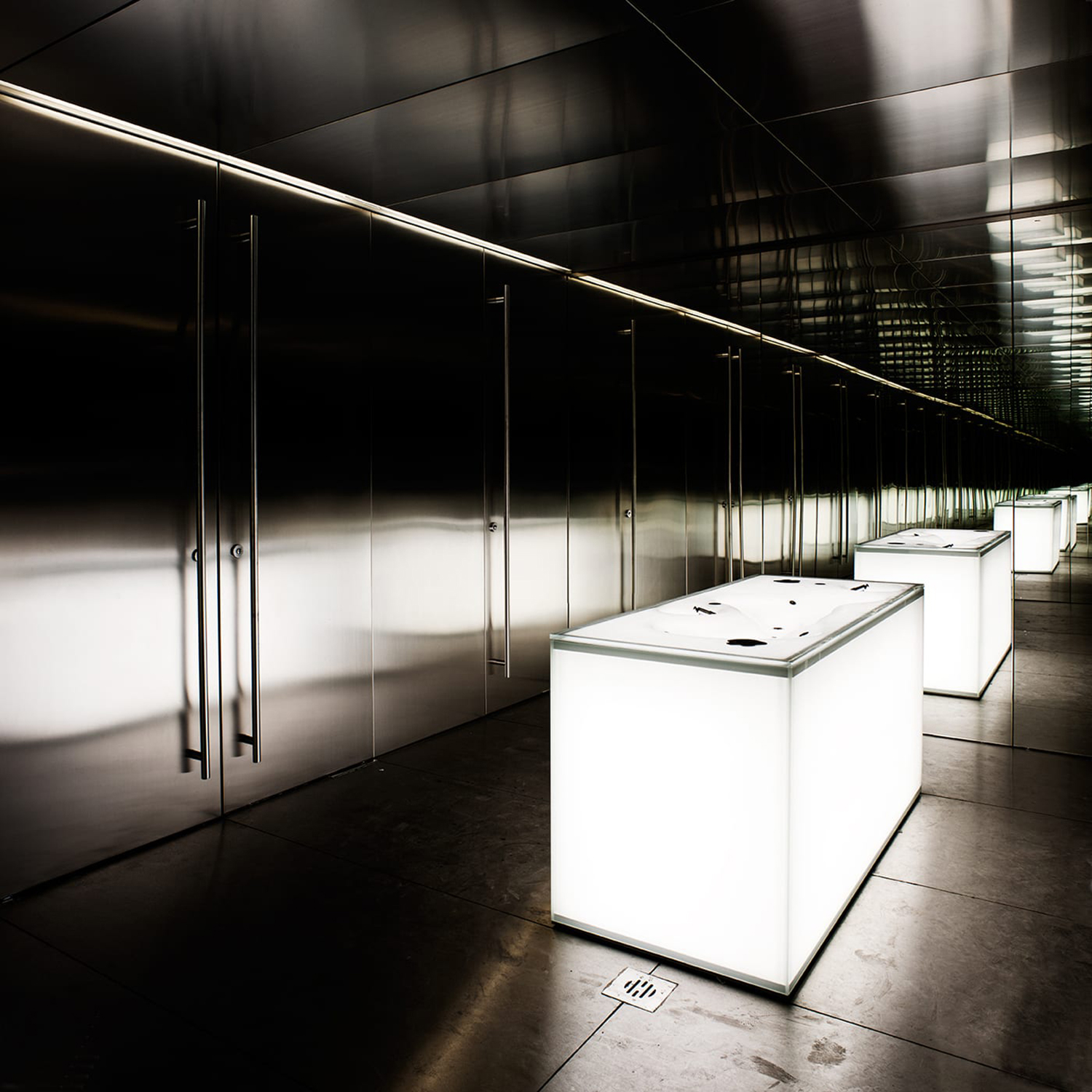 Sanitation should never be left out of the conversation when talking about cleanliness. While they are synonyms, there are subtle differences that might just be the key to ensuring that the public toilet is properly maintained. For instance, there is a reason why there are sanitary engineers while there are no cleanliness engineers.

To put it plainly, sanitation means not only ensuring that it is pleasant for the users, but to ensure their safety as well. Sanitizing toilets does not necessarily improve the experience of the ones using it but it will surely keep them from catching diseases.

Dry is probably one of the words that you would less likely associate to any toilet, much less a public one. It is definitely doable but it takes a lot of effort and proper design. The key is to predict the user’s behavior. The path they will be taking upon entering the toilet, as well as on their way from the toilet back to the door of the faucets are important considerations in the design. A sufficient supply of toilet papers and adequate installations of hand dryers are also more likely to keep the toilet dry and spry.

Another reason to keep your toilet dry is that it prevents the propagation of germs, viruses and bacteria. It is a fact that wet surfaces are more likely to sustain these organisms than in a hot and arid environment. This way, you can fight the battle against diseases before they even rear their ugly head. Finally, a good measure for how sanitary is is how arid the air inside the toilet is.