Moles are underground pests that can be difficult to spot and even more difficult to terminate. They can help get rid of insects, but they can also destroy your lawn by digging underground tunnels. Moles dig holes that can reach up to a foot deep and kick up dirt overhead that crisscrosses throughout the yard.

The most identifiable features of a mole are their hairless pink snouts, webbed feet, and long claws. Moles can reach up seven to ten inches long, and their small bodies are covered with dark grey or black fur. Their eyes and ear canals are small and are barely visible.

Moles are a risk to humans since they can transmit fleas, ticks, and even rabies. It’s smart to keep your distance, especially when dealing with aggressive moles. Here are some of the best ways to identify and deal with moles in your yard.

Start with a thorough inspection

The tools required for this exercise include a flashlight, a pair of gloves, and a pair of boots. Look for tunnels around the yard to determine if there are any moles. A flashlight is useful at nighttime to avoid falling over raised areas created by moles.

Tunnels don’t necessarily mean you have moles — tunnels can be created by other pests, too. Moles mostly stay underground and only feed on insects. So if you see damage to the vegetation, that may be from other pests.

Being aware of moles’ physical features is important. Consider setting cameras to record and monitor the movement of pests in the yard. Moles only surface on land to find a mate, so it’s essential to compare the physical appearance of a mole and other pests in your yard.

After finding moles in your yard, a long-term strategy is required to eliminate them. Filling up the tunnels before the moles are removed can be dangerous. The first step should be contacting a mole control professional. 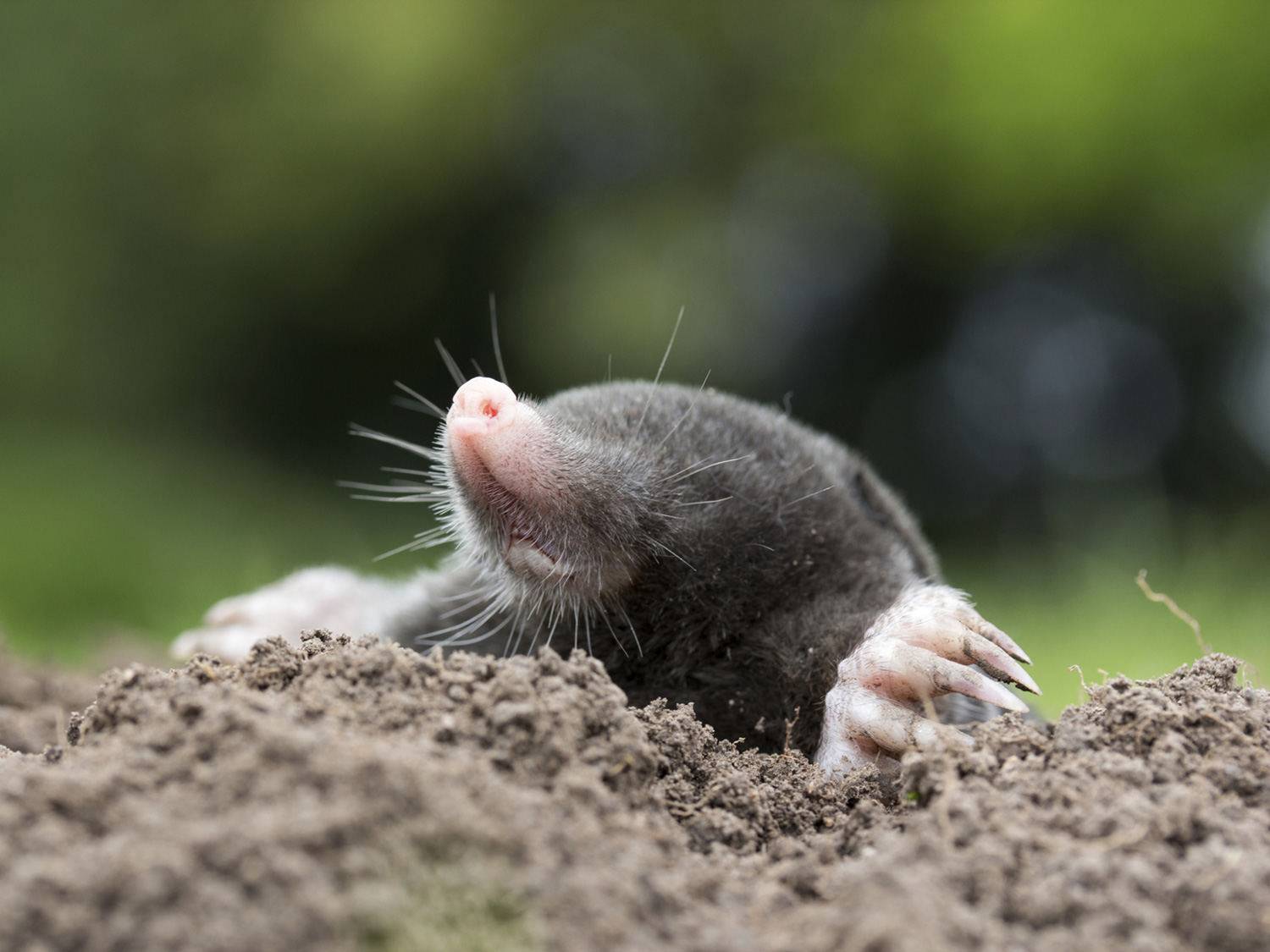 Contacting professional help should be the first step you take after identifying moles in the yard. Pest control companies like Moxie Pest Control help evict pests in a clean, clear and consistent way. They eliminate pests in your yard with a custom plan based on your specific needs.

Moles feed on insects and worms, which can benefit a homeowner. But having several moles at the same time can cause more harm than good. Treating your yard with insecticides helps to eliminate the source of food for moles. This forces the moles to migrate to search for more food.

Mole poison and bait are often disguised as fake worms. They feel like real insects but contain the poison bromethalin. Other types of poisons include warfarin and zinc phosphide, which affect moles both physically and neurologically until they die. Poison should be placed carefully to prevent affecting other wildlife and pets in the yard.

Moles are lured into cylindrical chambers with one door on each side using bait with worms. The trap should be monitored every few hours to release the moles humanely.

Repellents can be used as a preventative measure to keep moles away. They can also be combined with other treatment methods to deal with moles effectively. Types of repellents include tar, sonic repellents, granulated repellent, and liquid repellent.

This method of poisoning moles should only be done using store-bought gas bombs. These bombs are placed on the entrance of mole tunnels. Once they go off, the yard should be monitored for some time to ensure the moles are dead. Poisons bought from the store have instructions that should be read thoroughly to prevent causing harm to pets in the home.

The smell or taste of castor oil can help to keep moles away from your yard. It’s poured in a spray bottle and then sprayed along the house perimeter and directly into mole tunnels. It can also be mixed with dirt in the ground at strategic points in the mole’s tunnels.

Tobacco can be sprinkled all over the tunnels to act as a repellent. Other substances that can be used include cayenne pepper, coffee grounds, and cat litter.

Moles dig deep tunnels, so a barrier should stretch at least 30 inches deep and about five to six inches above the ground. Materials required to make barriers may include gravel, wire mesh or wire cages. They should be set on specific areas in the home to be effective.

Moles are usually found in moist areas that have the necessary nutrition for insects. Improving soil drainage and reducing moisture in the yard can reduce mole presence. Keeping the yard soil compact can also prevent moles from digging through it.

These are a few of the best ways to prevent moles from living in your yard.