Architect Francesca Perani has transformed the porch of an Italian villa, once used as a storage area, into a 25-square-meter apartment. Designed for a local couple, Urban Cabin replaces the porch of a house in Albino, a small town in the Italian province of Bergamo.

Francesca Perani’s attitude towards design is ironic and playful, de-dramatising architecture with a forced use of poor but strongly characterized materials, bold colors and a deliberate use of diagonal lines. With the intent of extending seasonal uses and allowing new ones, the cabin was conceived to give a sense of quiet and intimacy at one with the surrounding nature, as well as to provide privacy from the high-density urban location. 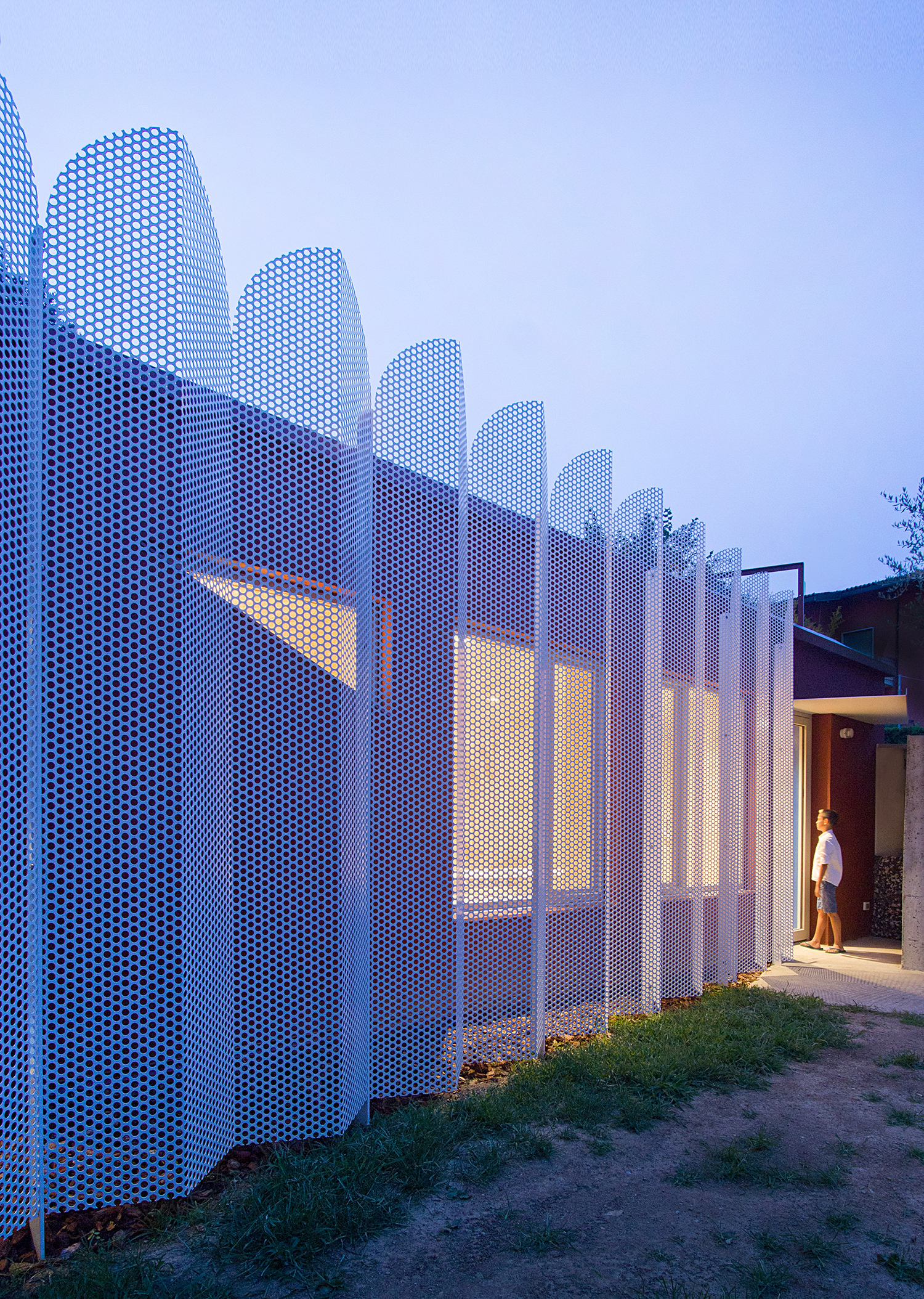 A minimal and multifunctional lodge set at ground level, which summarises functionality and stylistic resourcefulness of a living space; a roof garden as an extra outdoor area. The restored building represents an extension of a modern villa built in 1968 by Architect Armen Manoukian and renovated by Francesca Perani in 2008. 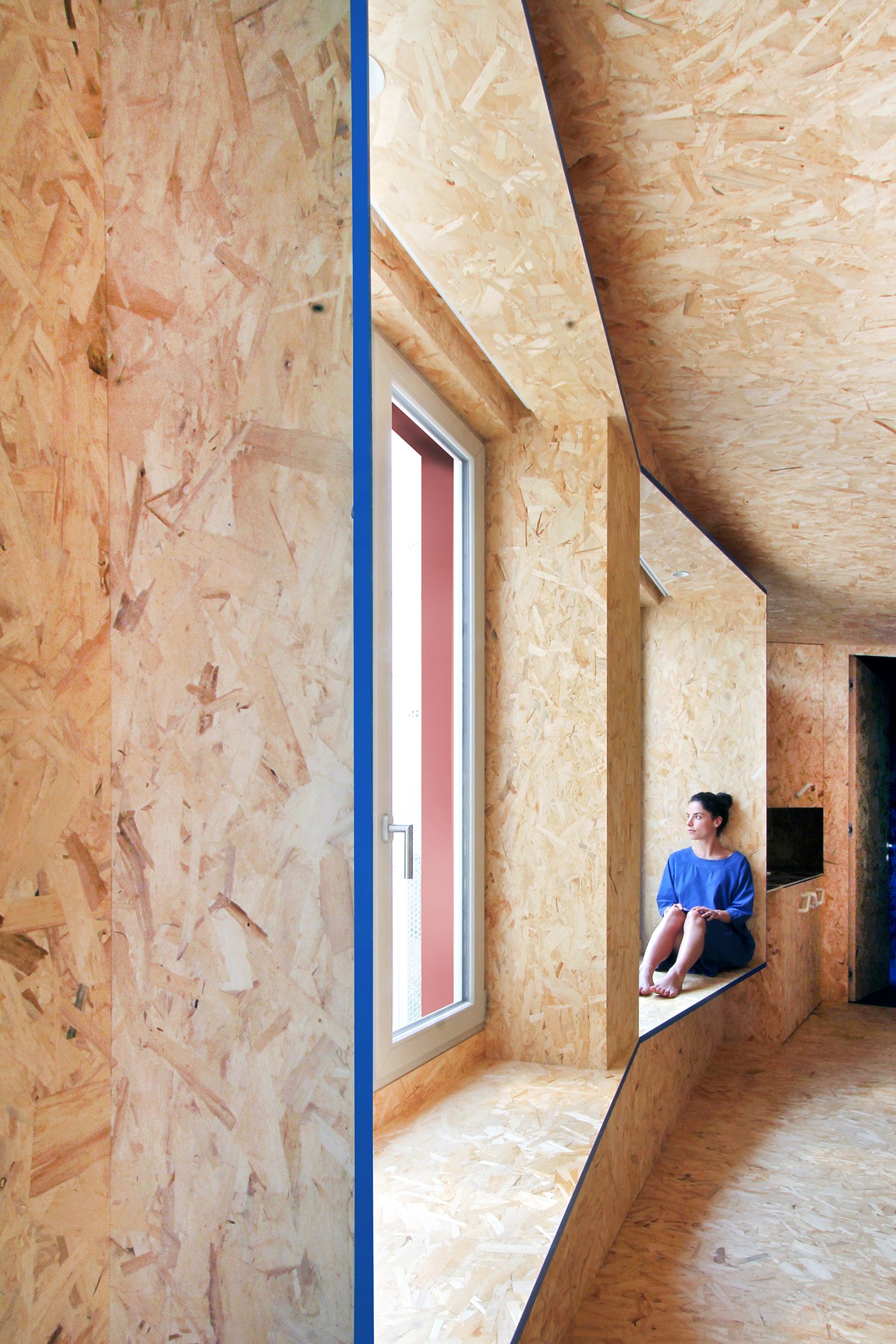 With this new intervention, the external shape has been kept unaltered, prioritising great openings and an “earth” façade colour; a second skin, a new stately and playful shading characterises the whole restoration. A perforated metal grid folds freely in front of the south façade and defines a triangular exclusive garden: an openly declared reference to ancient Persian arches and sun shadings here adopted also as a functional response to the need for privacy. 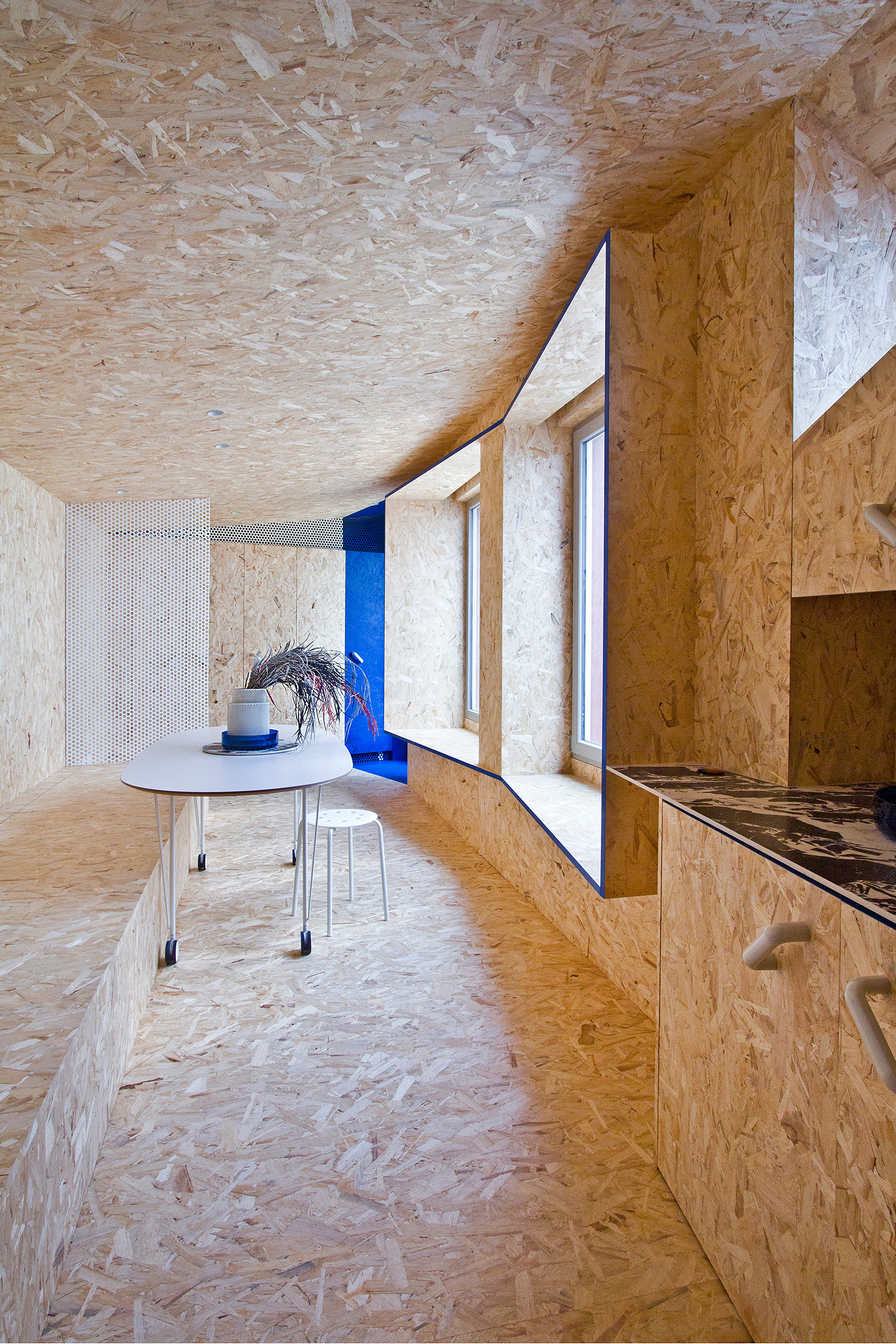 The limited dimensions and extreme narrowness of the existing building suggested a full custom designed interior, where flexibility and multi-usage became key factors.

The interior design is composed of two monochromatic areas in open contrast. Warm OSB (Oriented Strand Board) defines the living room (19sqm) as a unique texturized surface, with the joyous intrusion of recycled 1960s handles and printed marble gres used in the kitchen area. 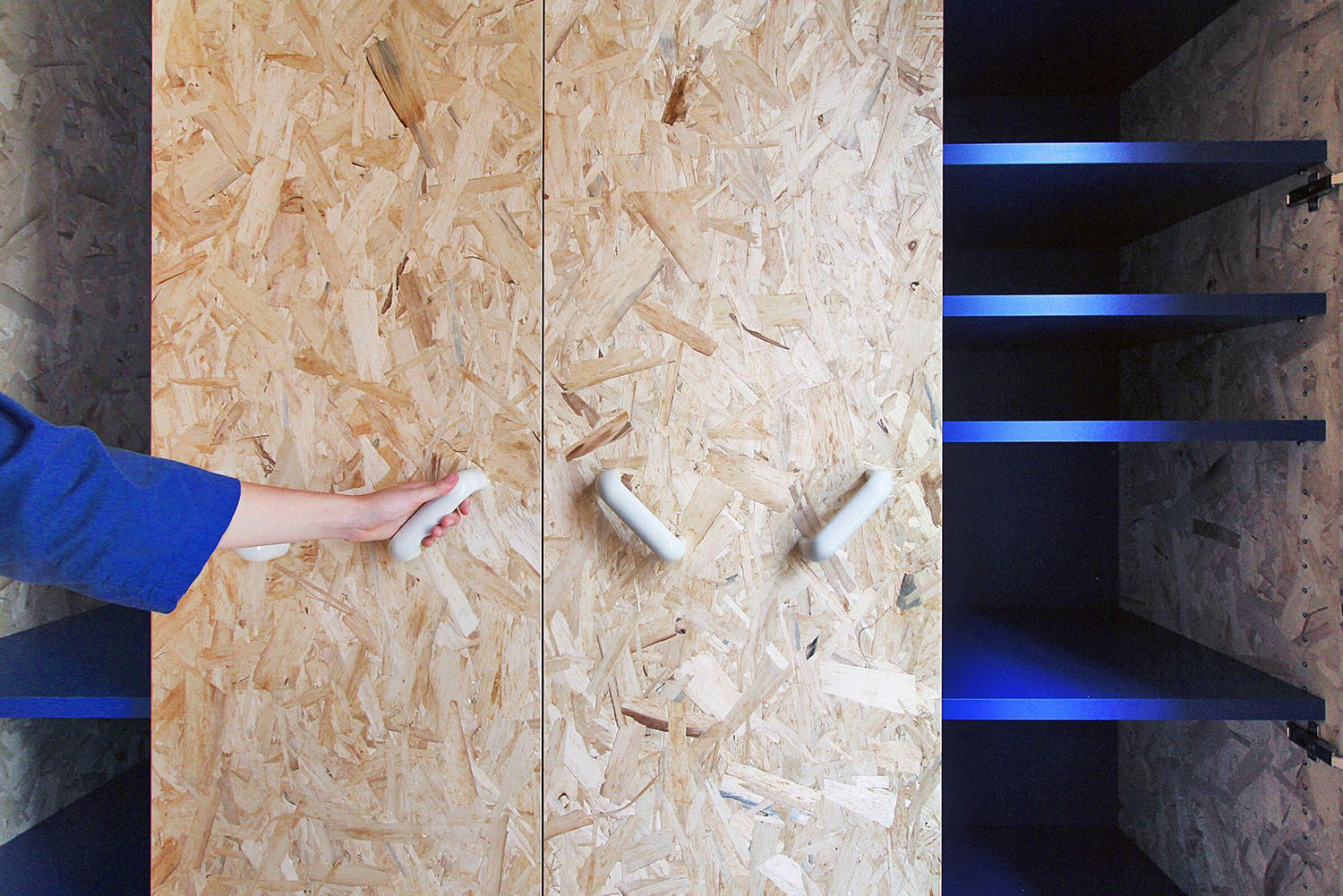 A dramatic blue glossy resin, reminiscent of Persian indigo, covers all of the bathroom faces, where bright white fitting and fixtures arise. The shower gains character from the existing wall and takes advantage of the private garden outdoor space set in front of the French door. Diagonal lines define the design of the kitchen top and suspended window frames assuring a dynamic corridor where the twin wooden alcoves facilitate a frontal conversation.

Low-cost materials, attention to thermal insulation, flexibility and privacy are the key elements of this project, where bold, contemporary architecture and Iranian culture blend creating a reassuring feeling of intimacy and warmth. 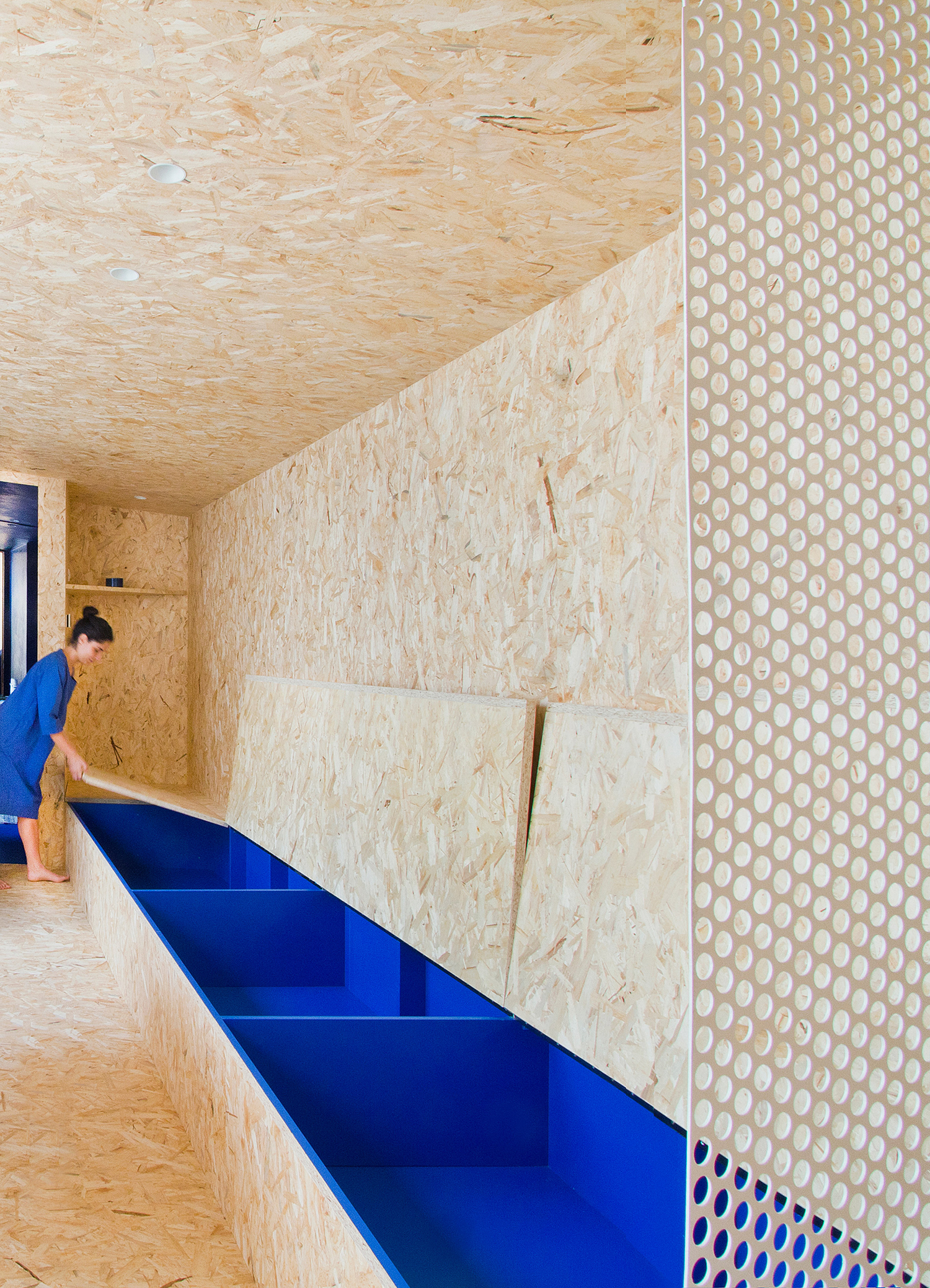 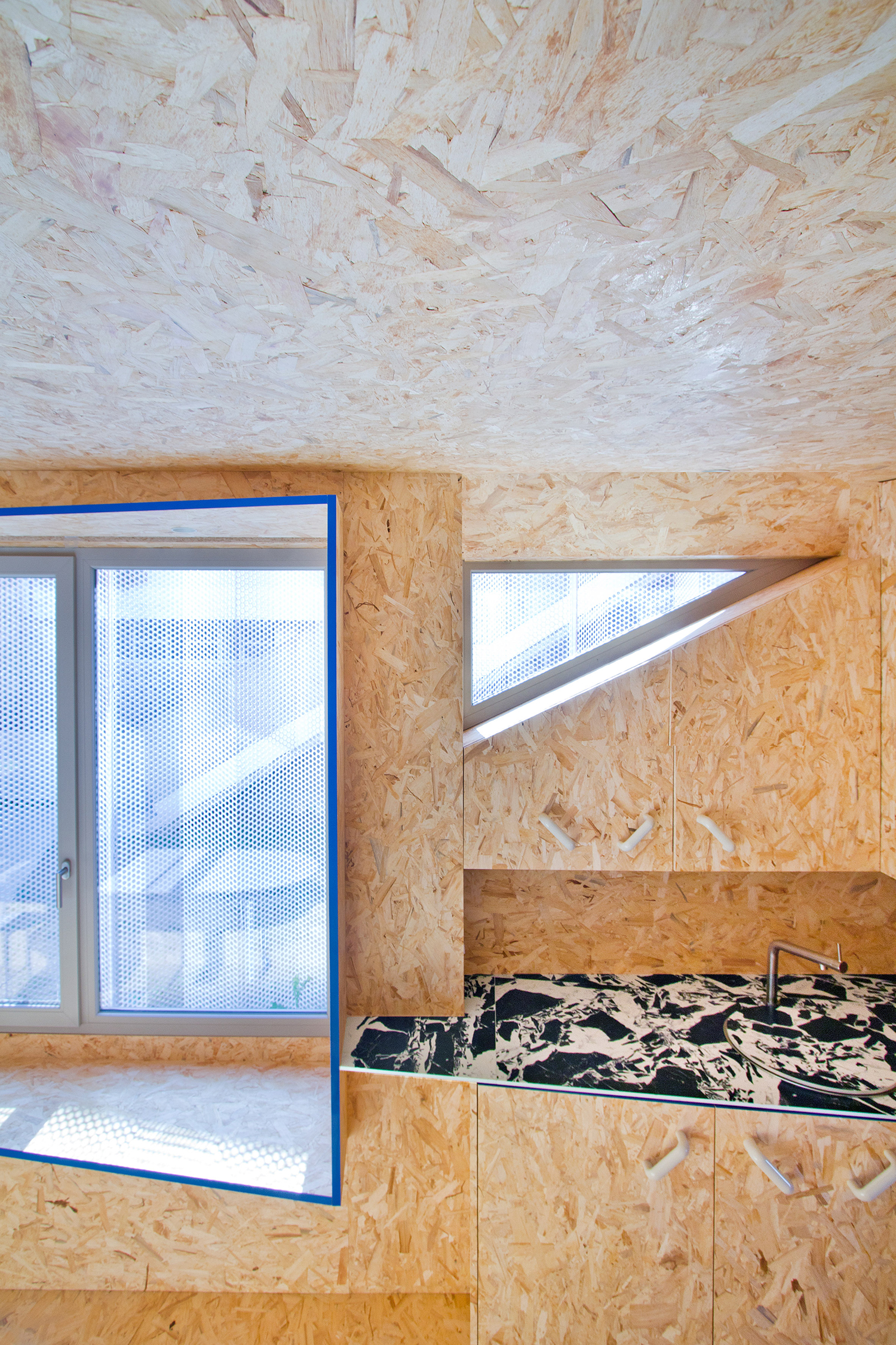 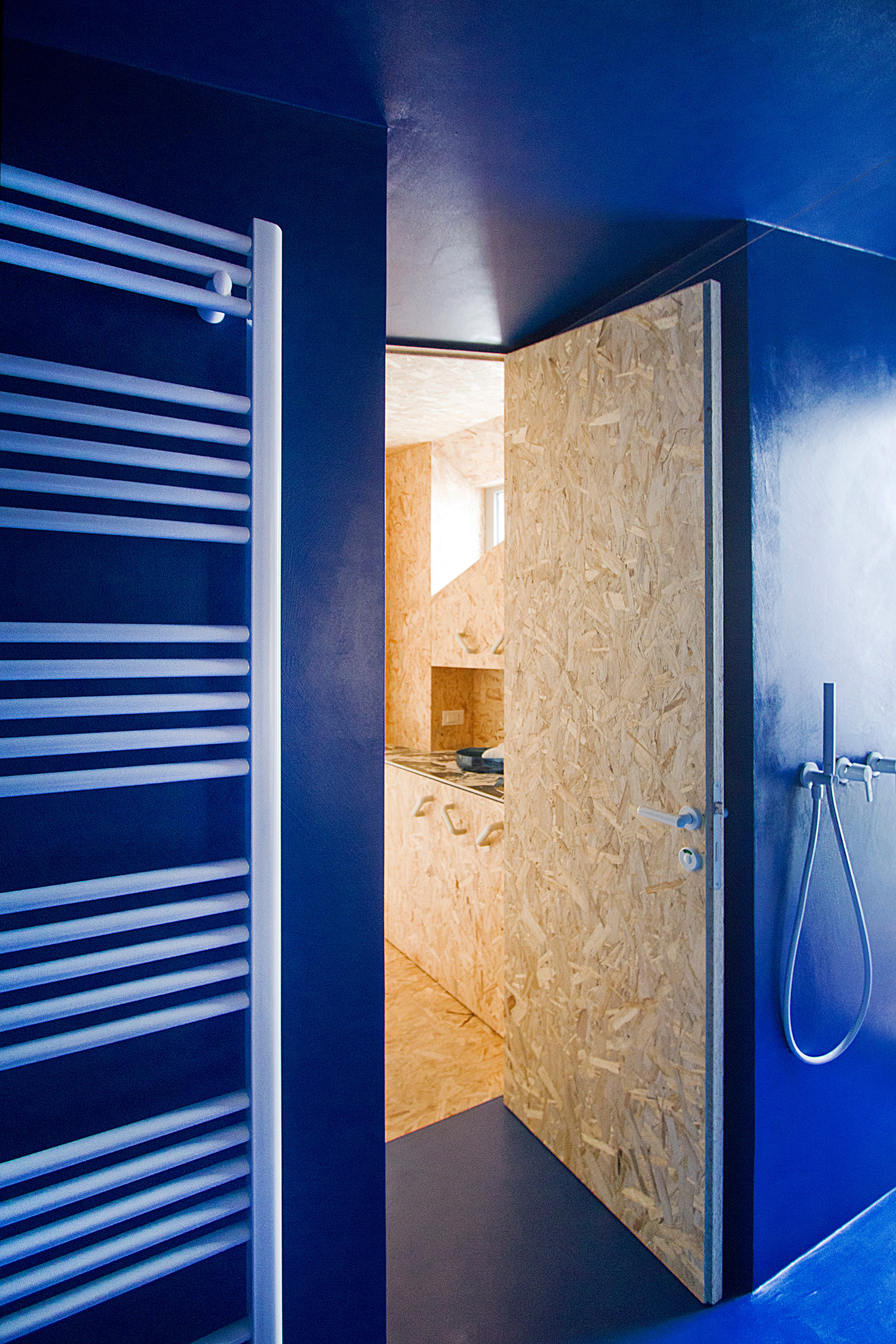 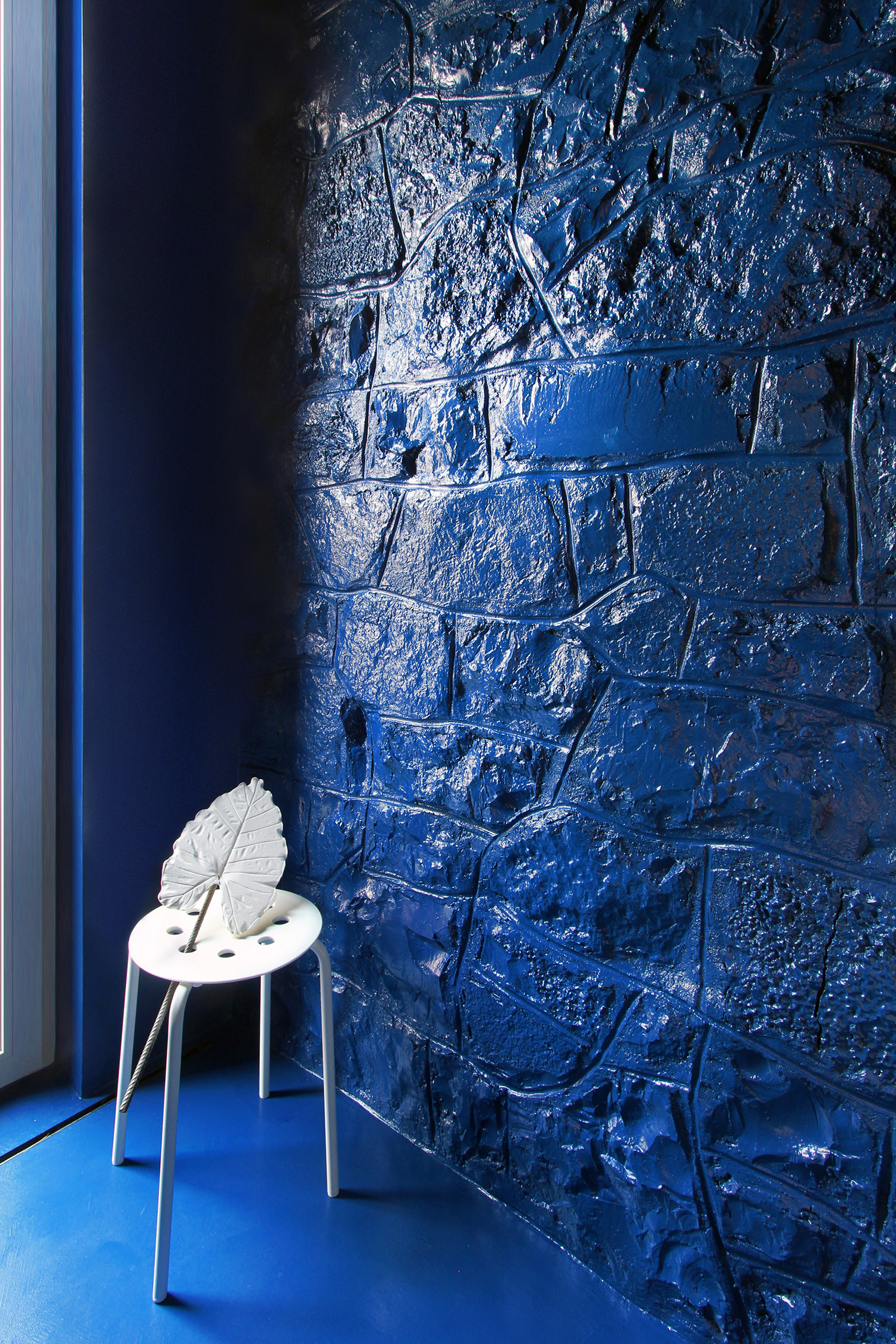 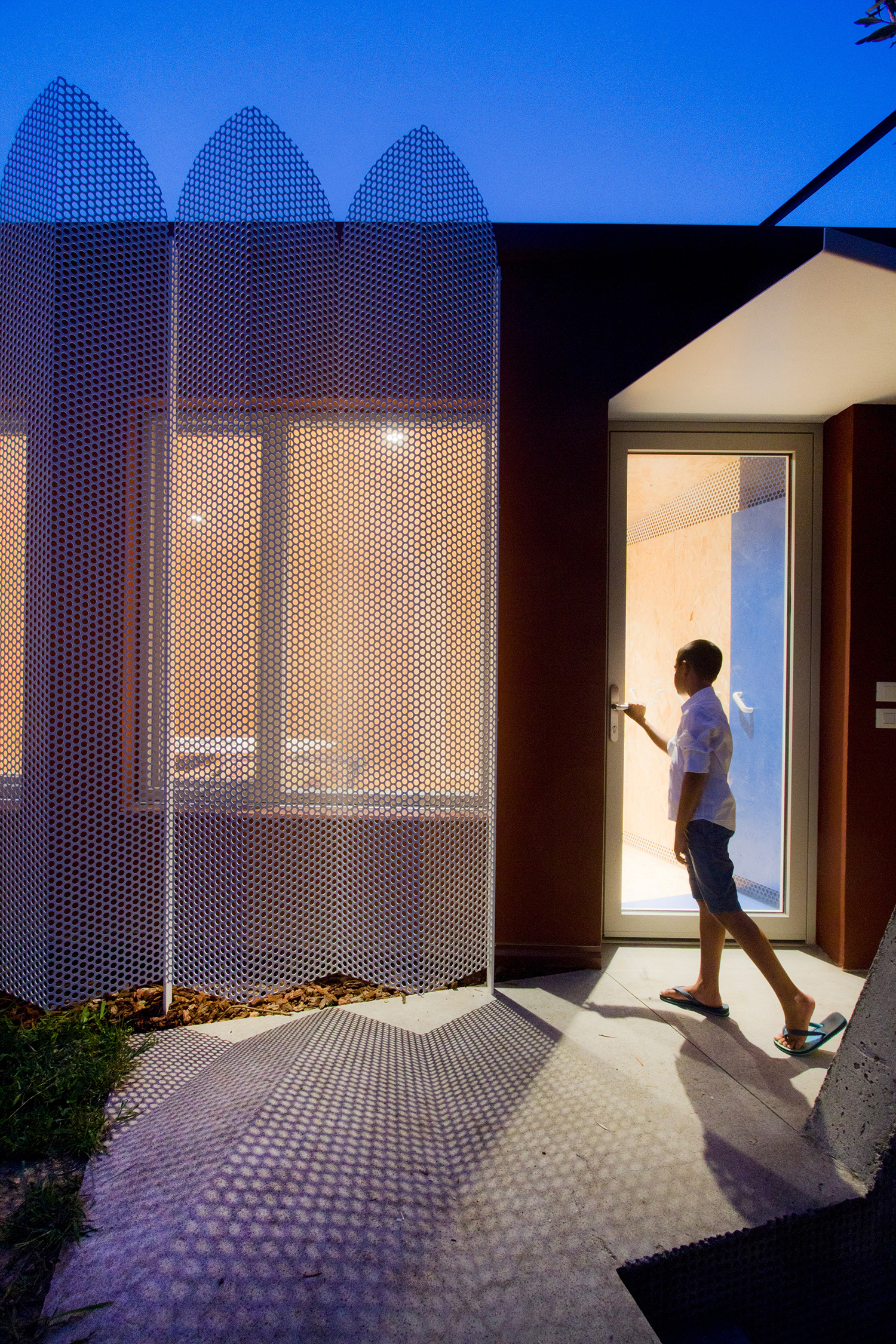