In the heart of the Mandrione area, the vivid neighborhood of Rome-East, poignant of actors and poets, where farmers and people displaced in the post-war period grazed their flocks in the open countryside, Dylan Tripp‘s home-atelier nestles among the Felice Aqueduct’s arches. 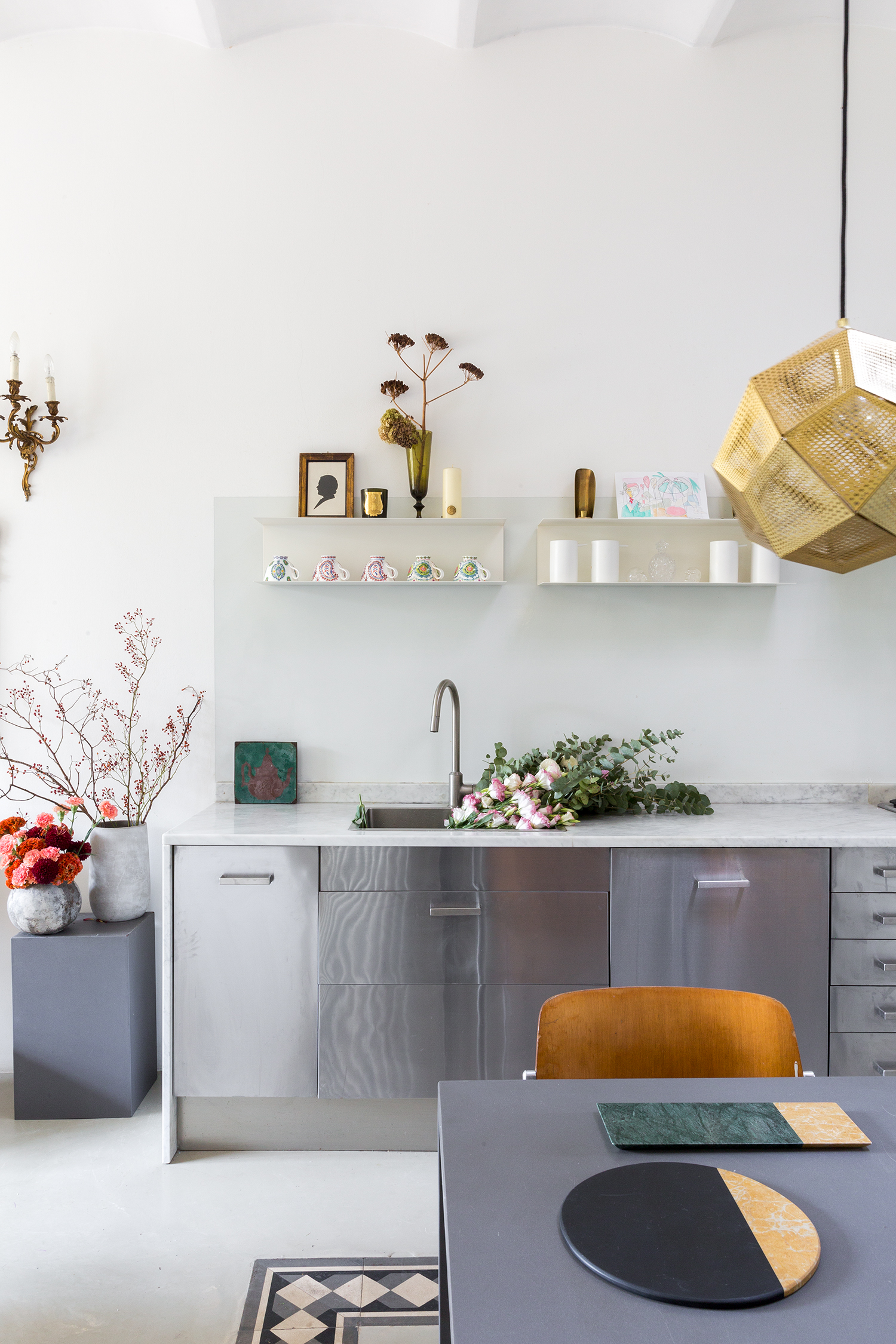 Here, surrounded by greenery, the forty-year-old floral designer, Roman with American origins, takes refuge to give life to his creations, after years of collaboration as a fashion designer for well-known brands like Valentino and Fendi, and as a talent scout for Paraphernalia, one of the first concept stores in the capital. 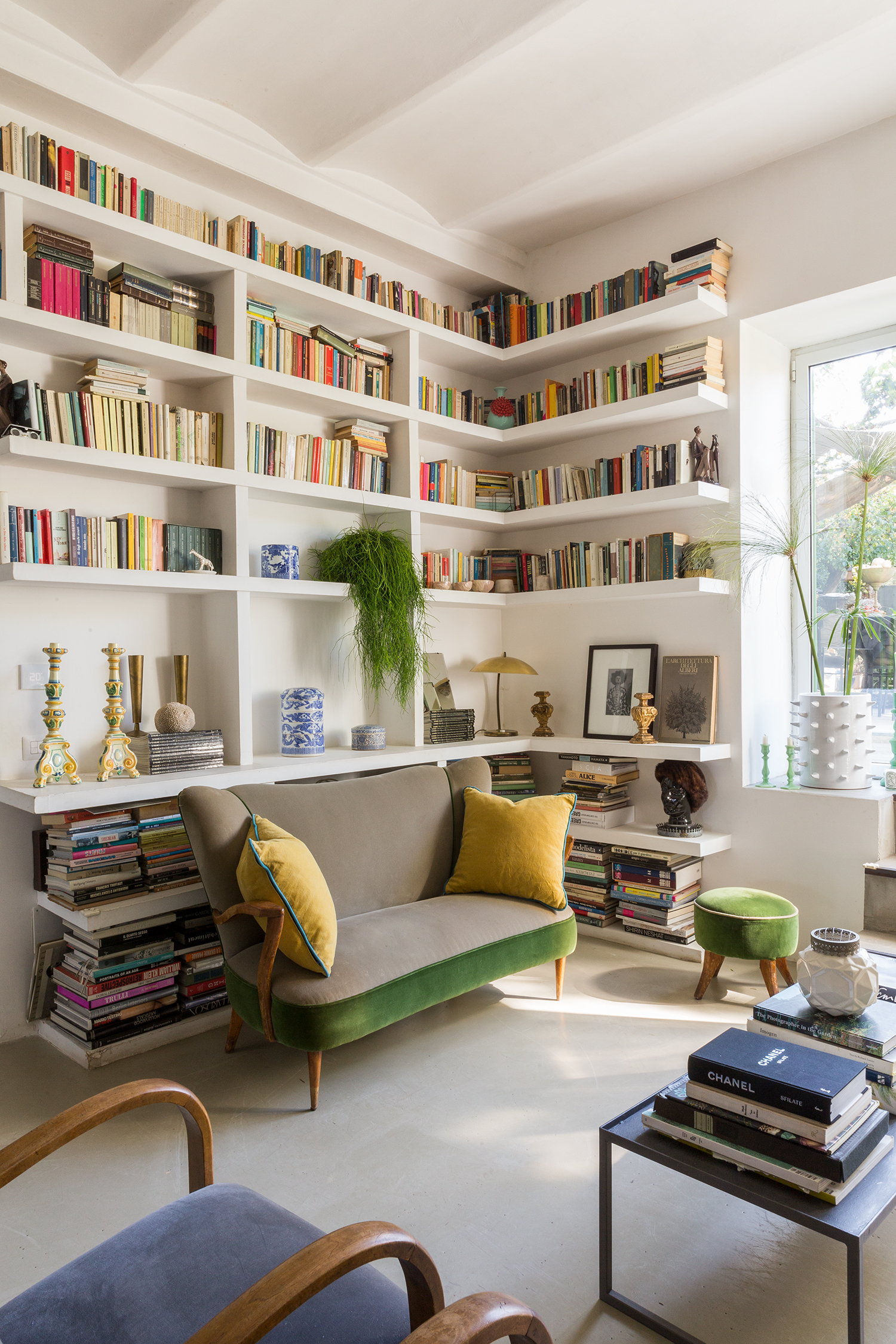 The house reflects his vocation as a tout-court designer, perfectly integrating the spaces of everyday life with corners designed to cradle creativity, and a lush garden acting as a curtain between domestic tranquility and the vibrant neighborhood life.

“It is very relaxing to touch the soil, to caress petals and plants, to establish a strong bond with nature, it is like entering an ancestral world,” says Dylan Tripp. “I wanted to relate the domestic and familiar space to my idea of creation and connection with what surrounds us every day.” 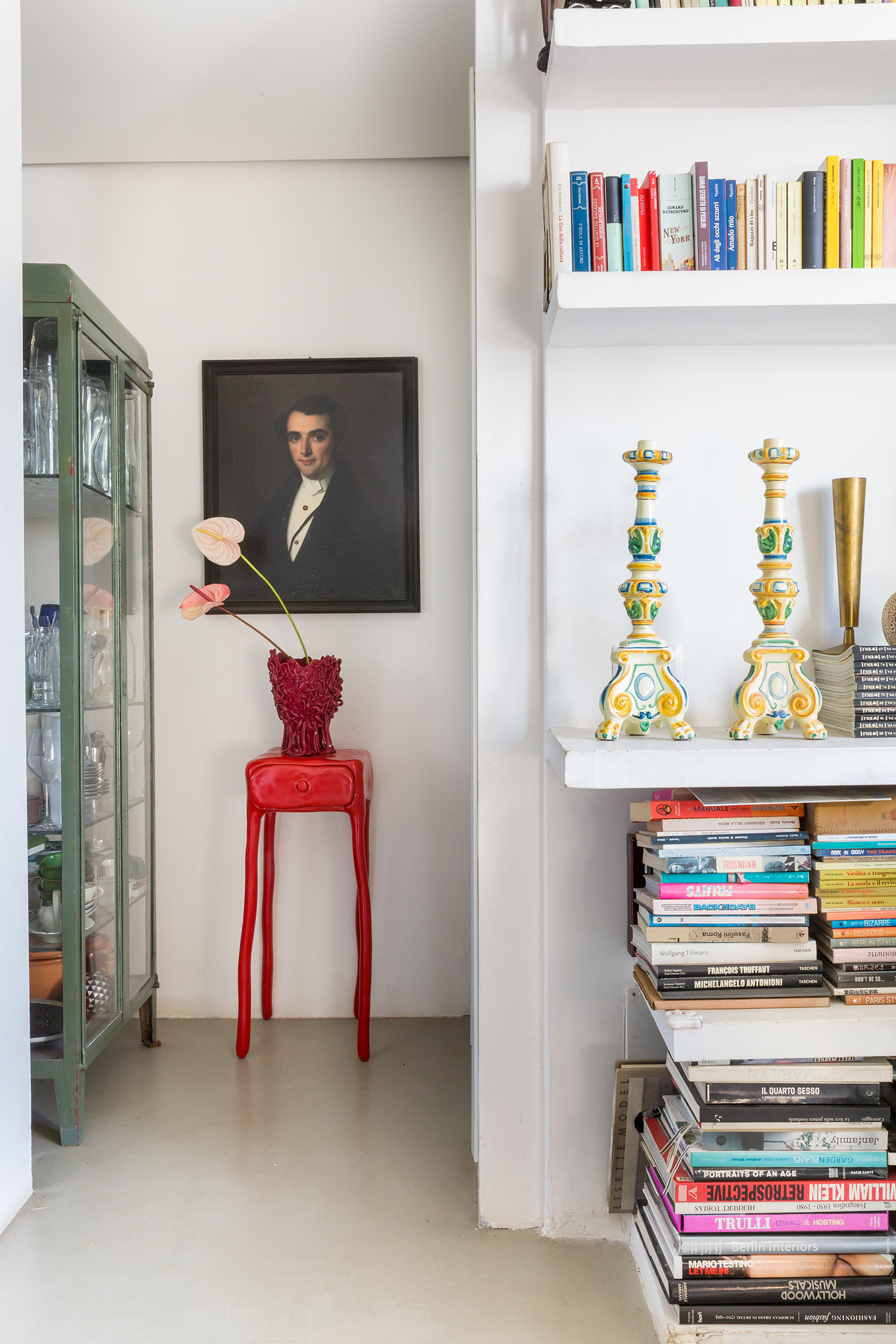 Historical elements blend with more contemporary lines, along with travel mementos, such as the Sicilian eighteenth-century golden papier-mâché frames from Noto, and modern antiques discovered at local and foreign markets — namely the Porte de Clignancourt in Paris.

The garden leads to the bright living area, where a trompe l’œil fabric from a Provençal residence blends playfully with the mix of Fifties furnishings, the collection of fashion photo books, the numerous family objects, and the ceramic vases by Umberto Mantineo and the Dutch StudioErikGutter. 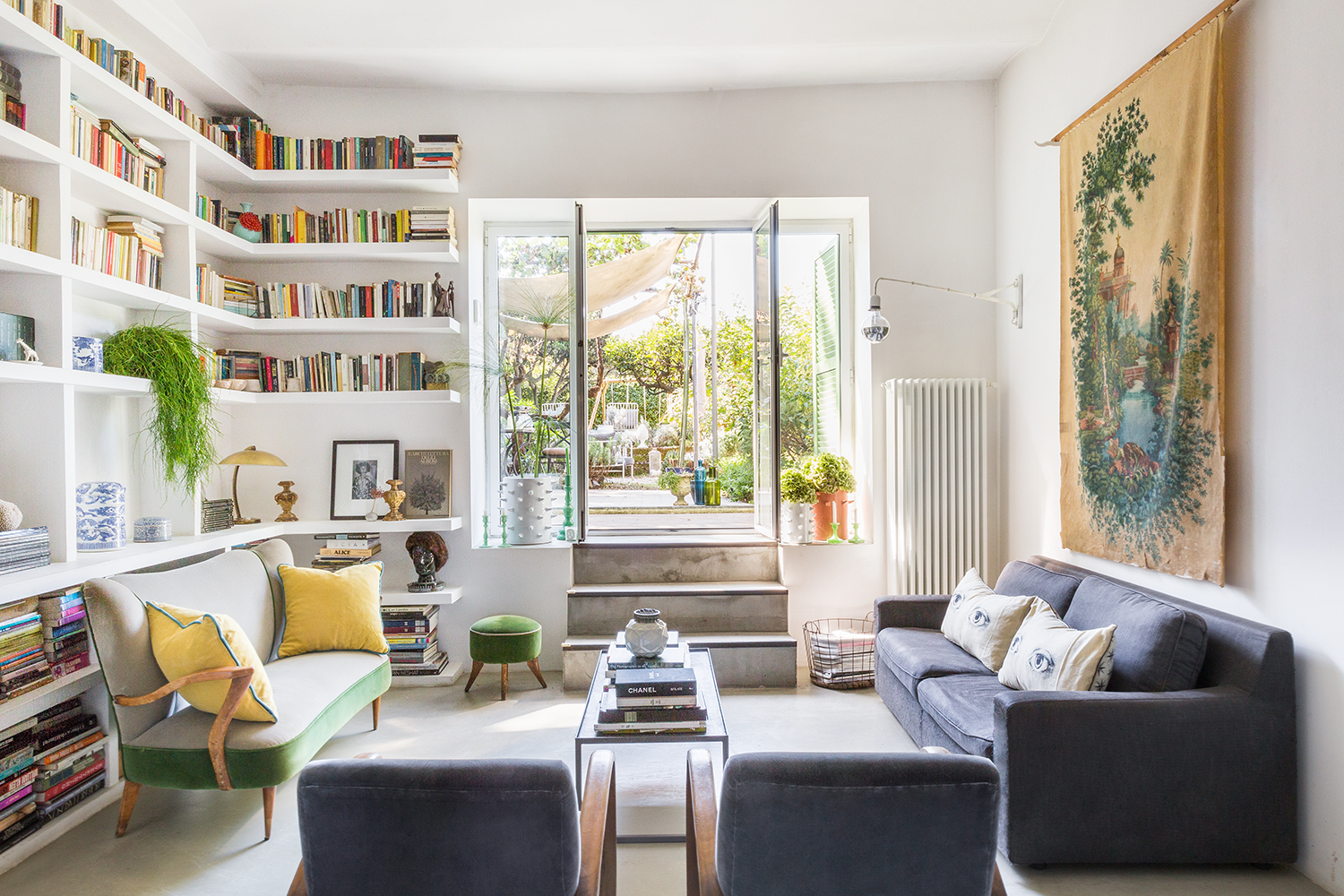 Dylan Tripp’s floral visions, almost like living sculptures with the smell of lisianthus, eucalyptus, rosehip, dahlia and celosia, invigorate the kitchen, the living area and the most private rooms, characterized by tailored interventions, such as the insertion of original cement tiles in the resin floor, and studded with contemporary and handmade objects. Among others, the Clay Table with Drawer by Maarten Baas, the Etch Pendant by Tom Dixon, the multicolored vases by Gaetano Pesce and the Amalfi coast ceramics by Reinaldo Sanguino for Made in EDIT — all treasures discovered in the city centre at Galleria MIA. 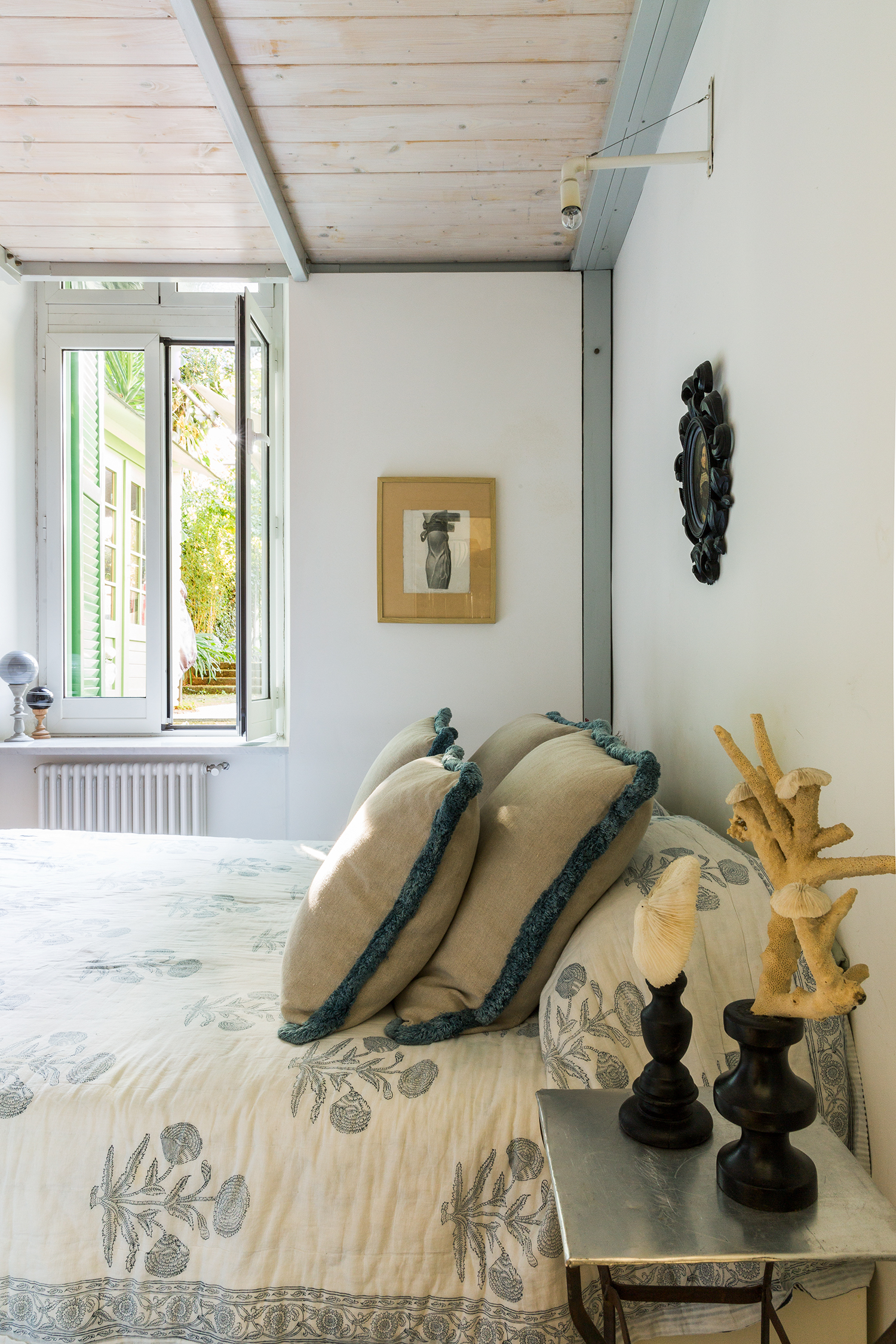 “There is something fascinating in the nuances of a cut flowers’ bouquet, that finds new beauty in losing its bloom,” states Dylan Tripp. As such, nature is reflected in the interiors and, like a continuous decorative motif, caresses the materials’ veins, stimulates the dialogue among the colors, and between the lovingly worn fabrics and the iridescent leaves of a monstera variegata. 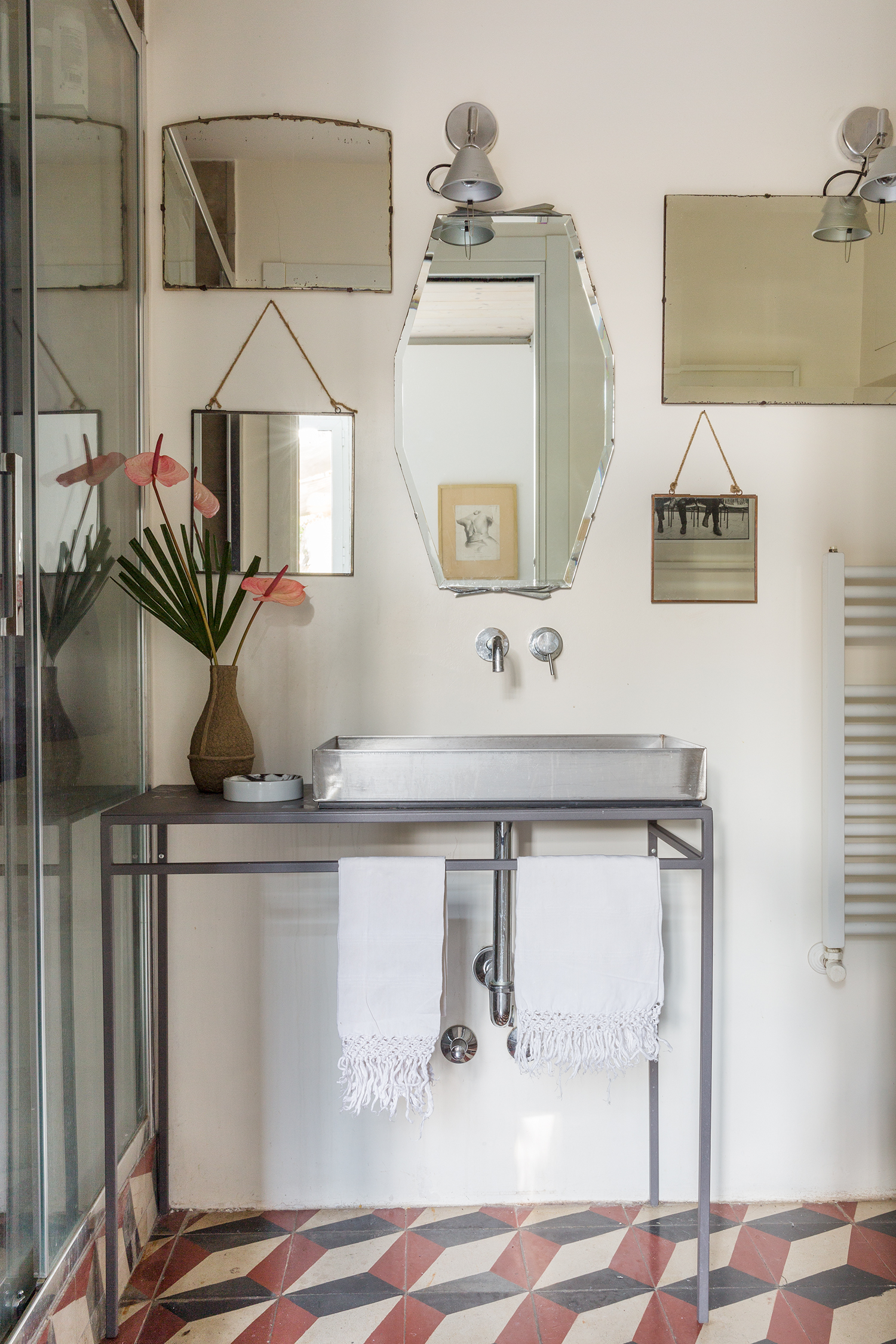 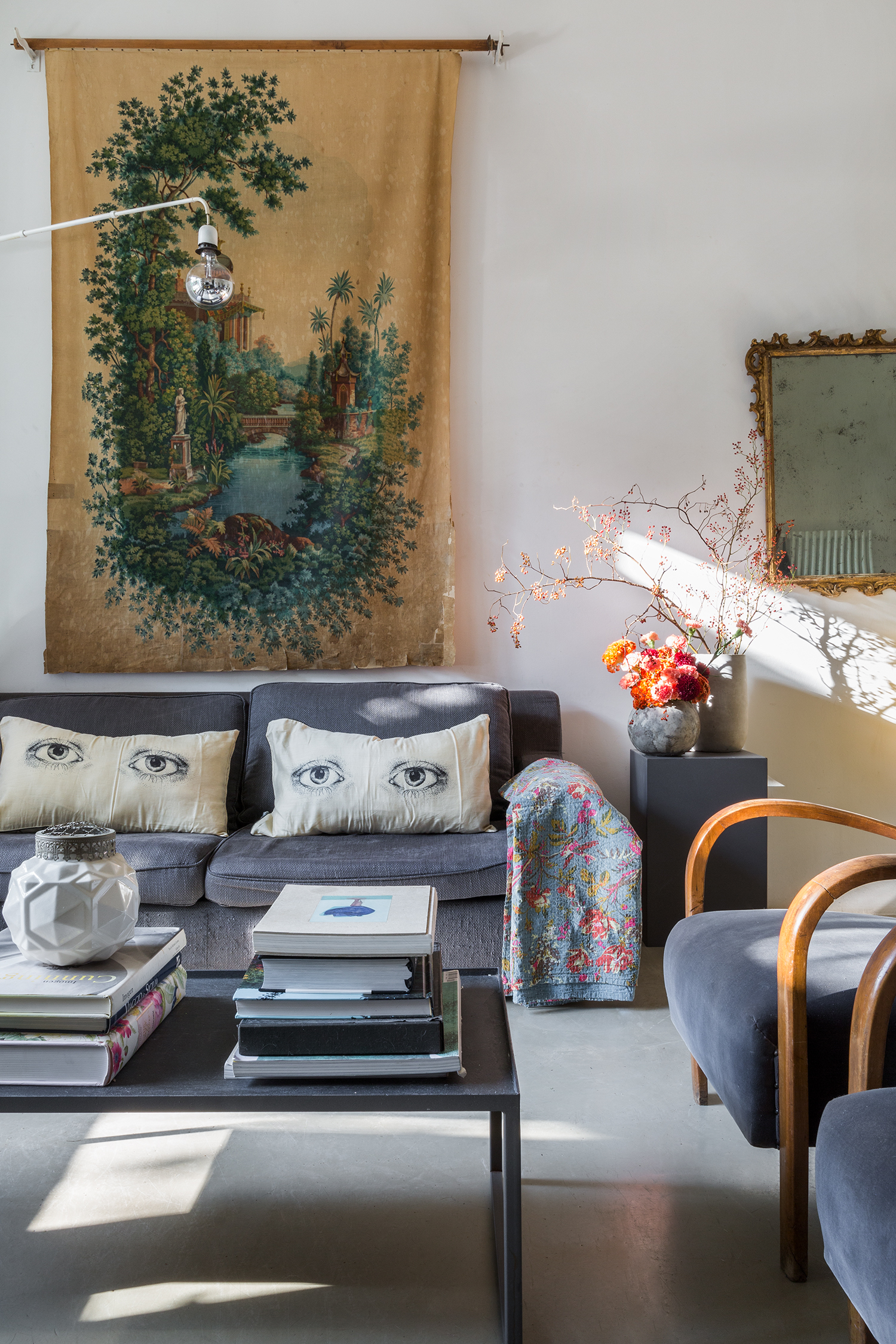 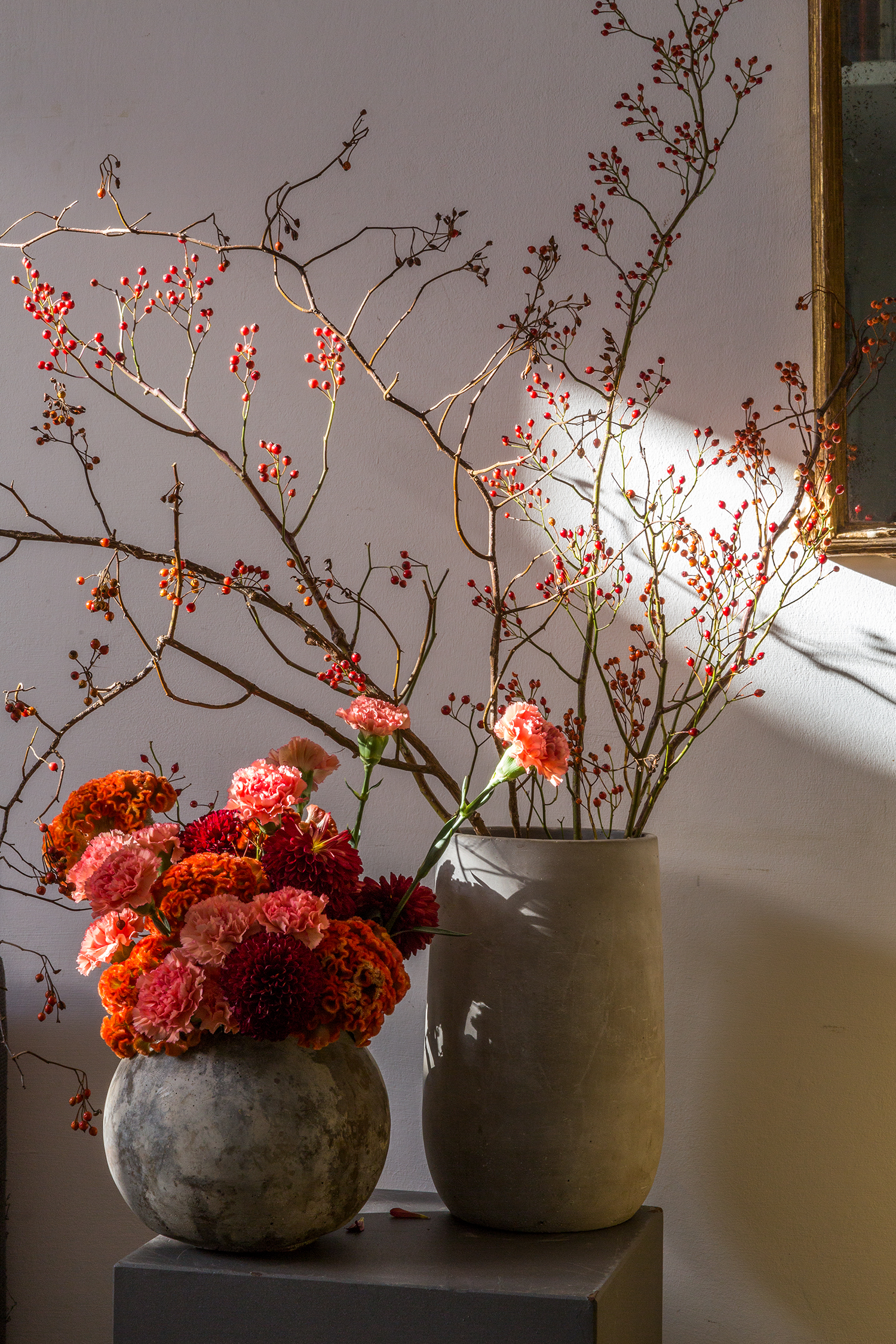 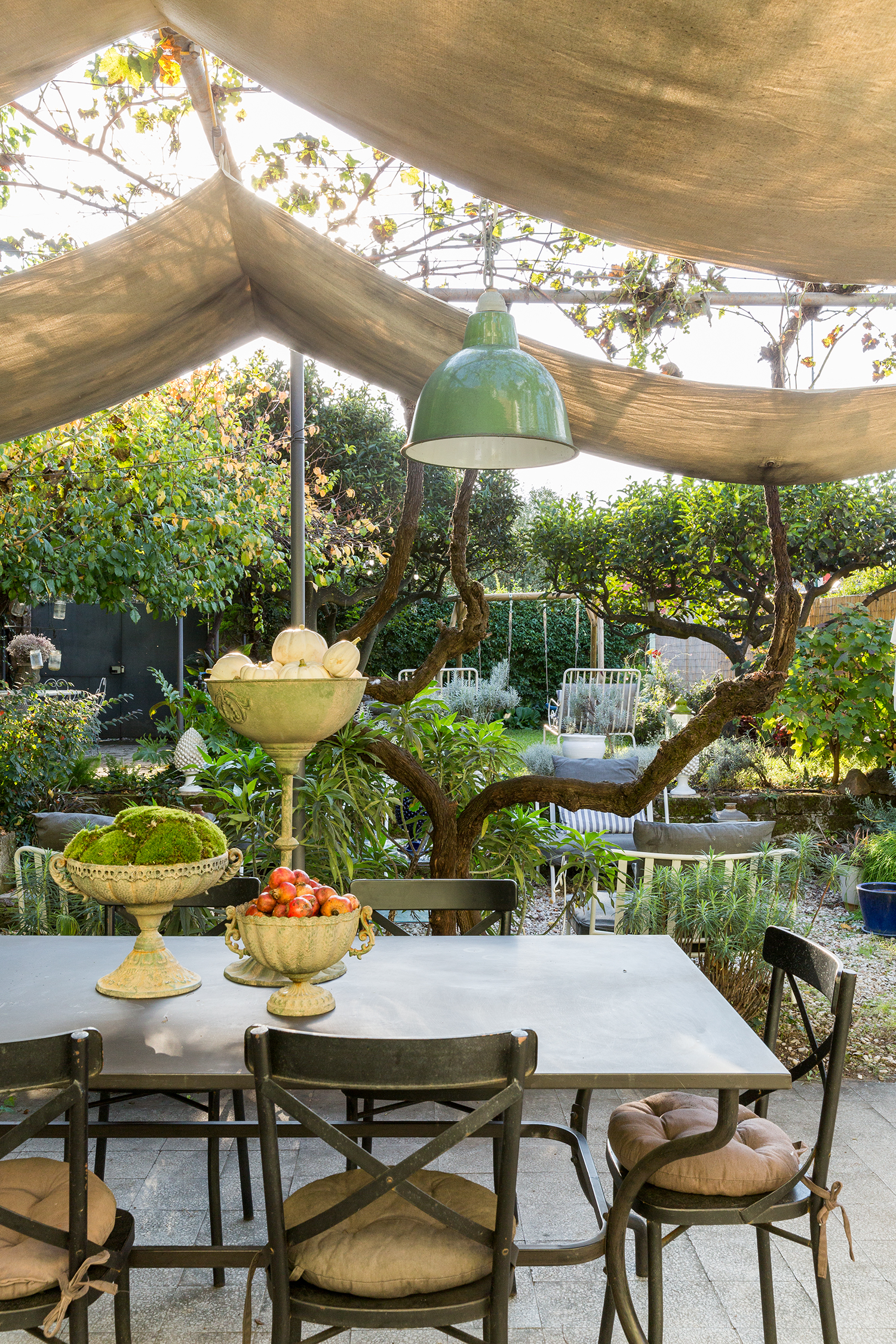 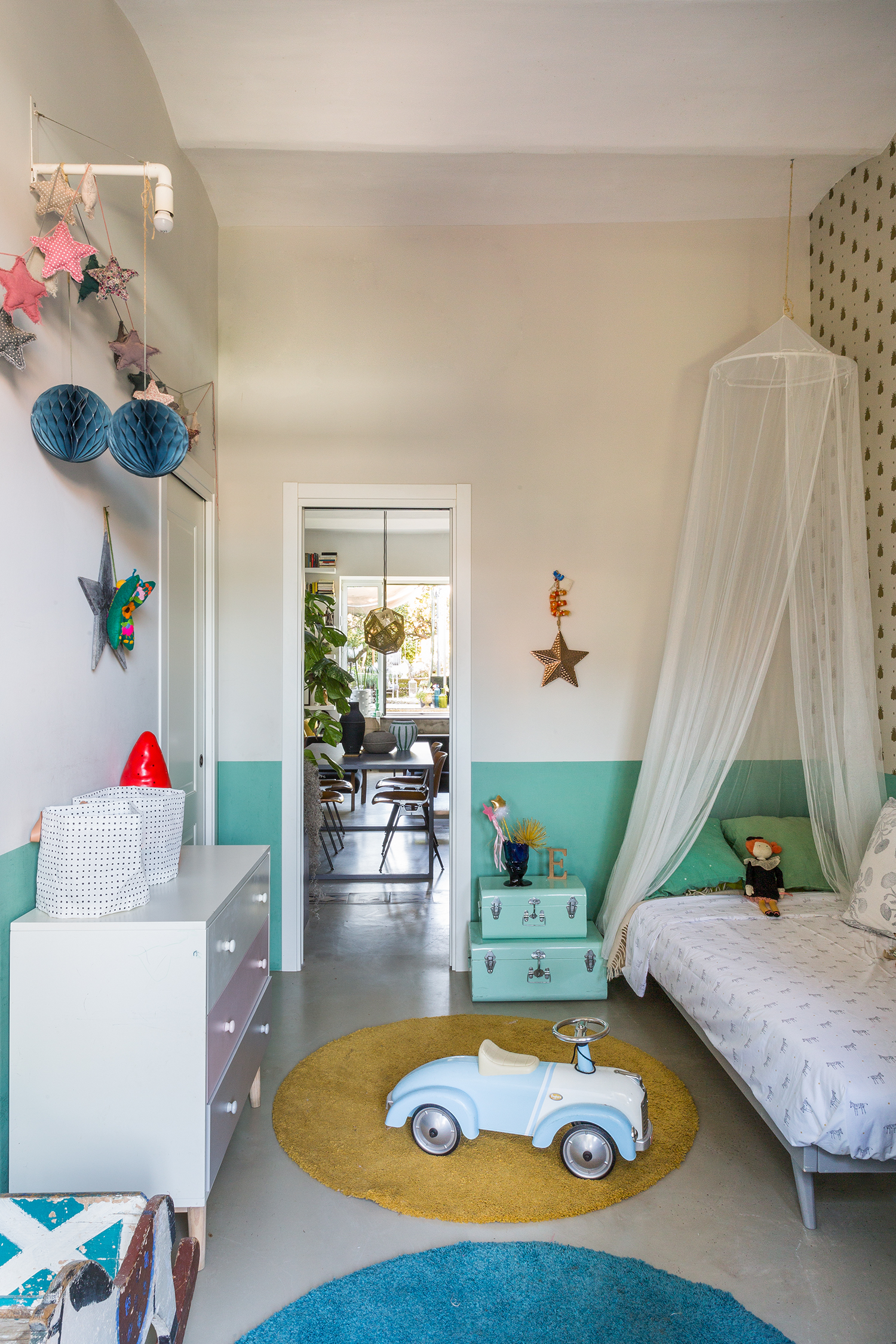