Latin American architecture firm Gómez Platero has unveiled a design for a circular monument in Uruguay to remember coronavirus victims. The proposed World Memorial to the Pandemic is a large sculpture designed to be installed on water off the coast of Uruguay.

Designed by Gómez Platero, it is intended to offer visitors a sensorial experience and safe place to reflect and remember victims of Covid-19. If built, it will be the first large-scale memorial to do so, according to the studio.

“Architecture is a powerful tool to transform the world,” director and lead architect Martín Gómez Platero said. “It is, above all, a collective and historical reality, made of small fragments which survive over time and become culture.”

“By creating a memorial capable of activating senses and memories in this way, we can remind our visitors – as the pandemic has – that we as human beings are subordinate to nature and not the other way around.” 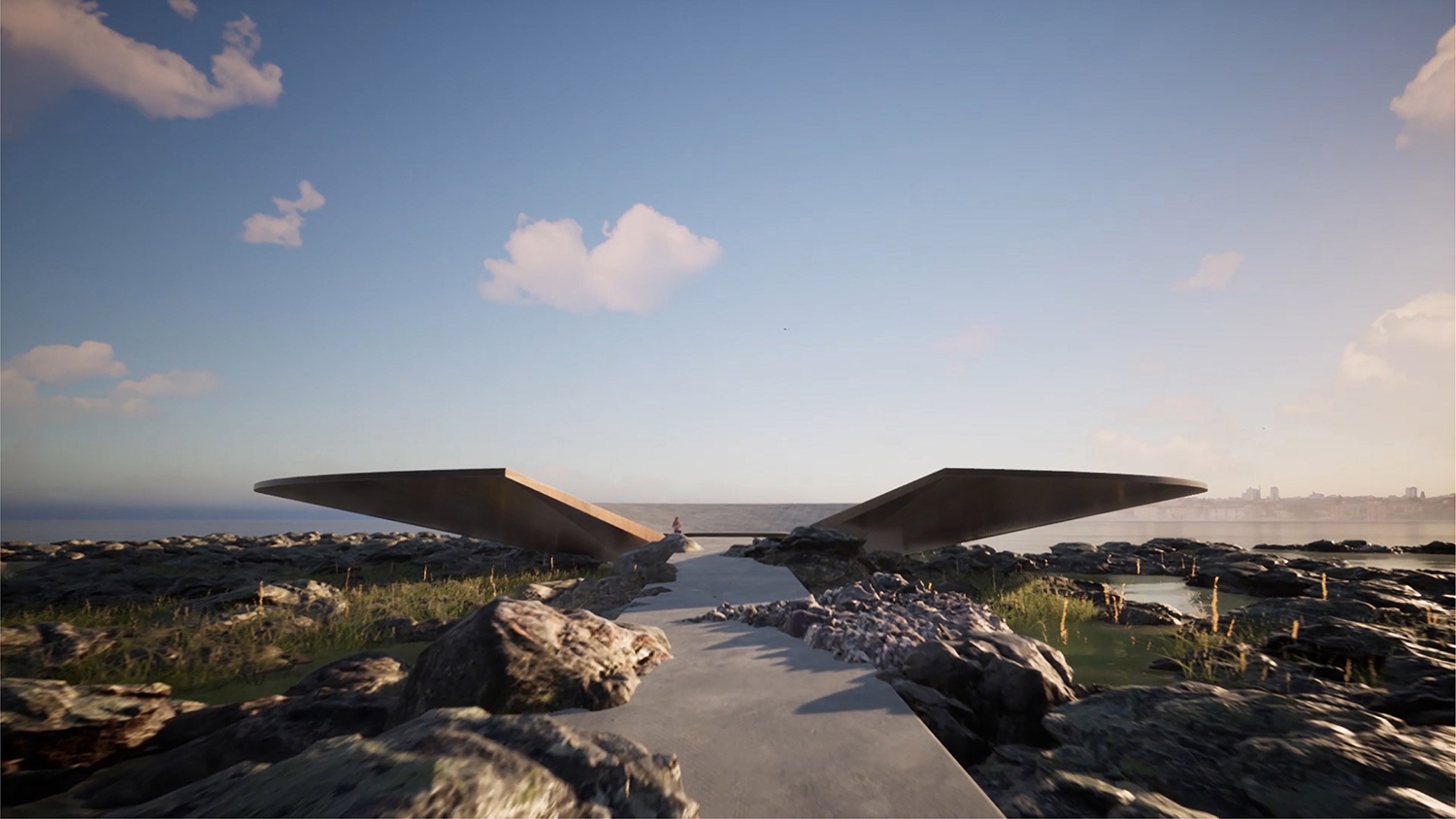 The World Memorial to the Pandemic is described as a device, between monument and public space, capable of activating the senses and recreating bridges between the experience of the place and individual memory, which gives us back a transformative image of the world.

The Memorial will be an object of simple and compelling form, that disappears as a result of changing climatic conditions, melting into the horizon. 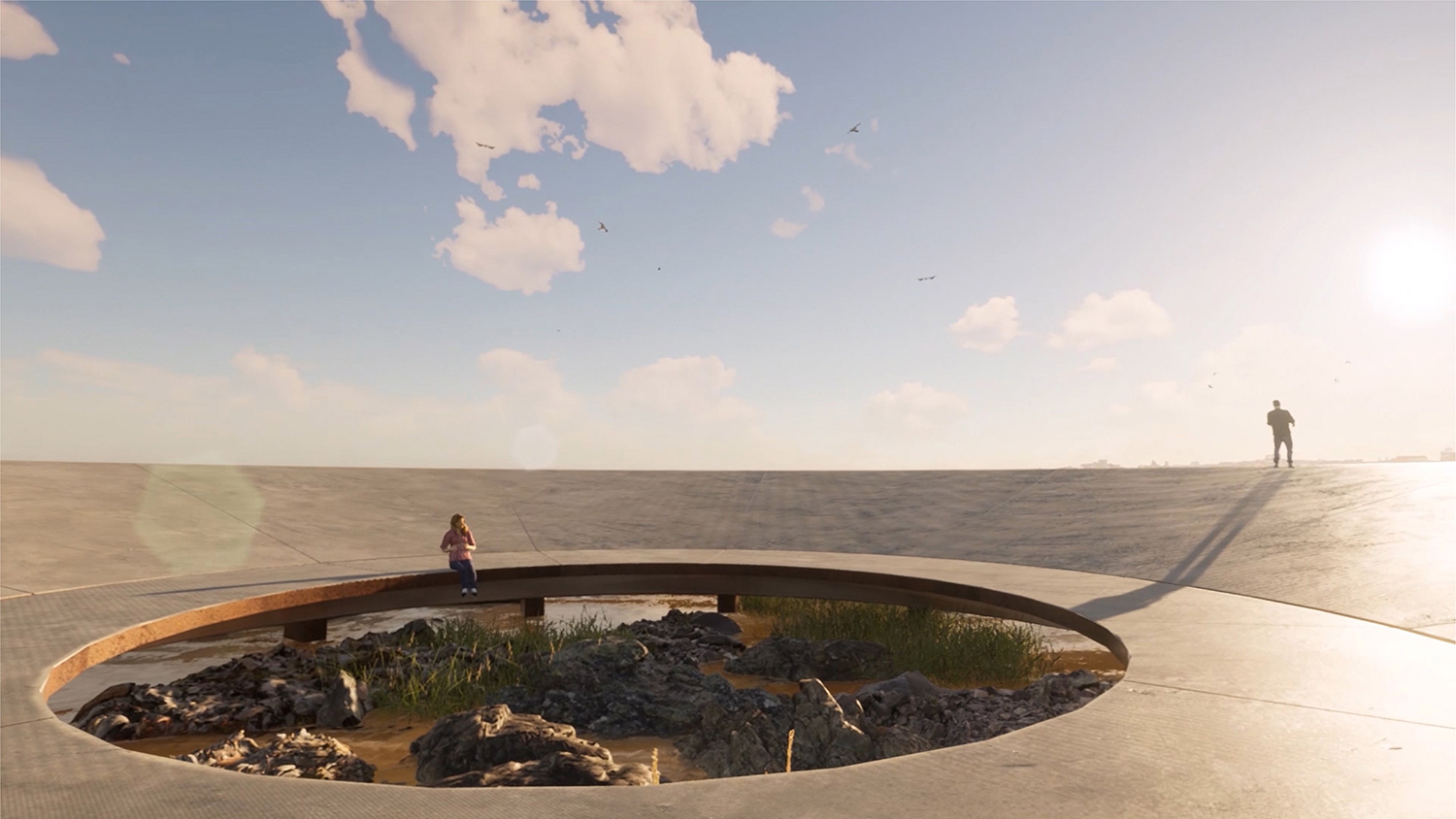 The simplicity of its form, created in a single, precise stroke, reinforces its silent and timeless power of expression. Sitting respectfully on the site, with minimal environmental impact, it is immersed in the nature of the place.

The circular geometry sums up the concept of unity and community. It takes shape as a concave sheet with which the architecture offers a precise reference point that reveals the constant variation of the natural landscape, a scale for measuring the strength of the sea, a place of shelter and exposure to the wind.

The form is only interrupted by the cleft at the entrance to the place, the breach or rupture that reminds us of a singular event, a global phenomenon. 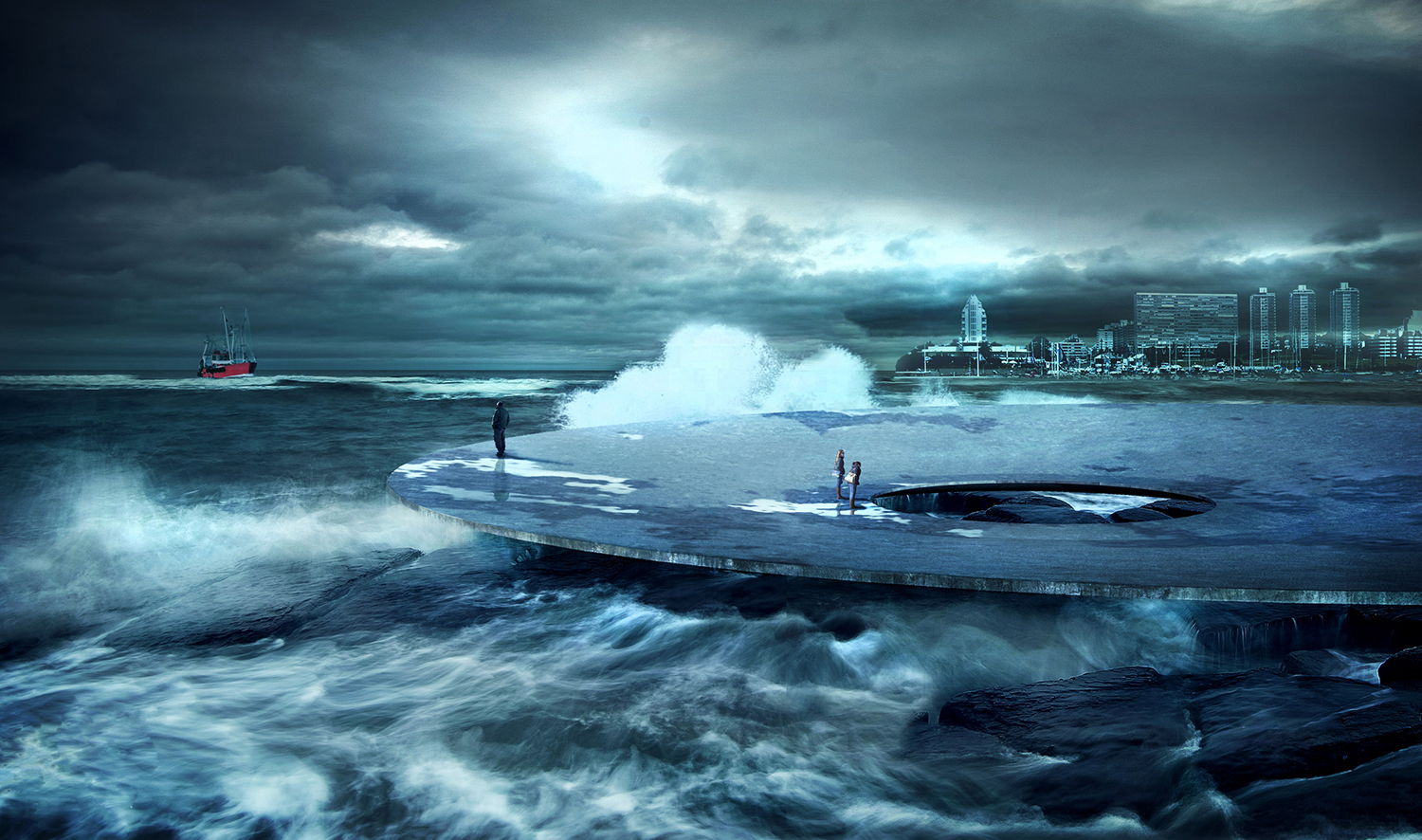 “Man is not the center; the eye of this space is occupied by a void where nature in its pure state emerges, reminding us of its omnipresence and of our fragile condition,” explains Martín Gómez. “A multi-sensorial space in which perceptions will build a universe of meanings and associations, supported by the contrast between the object’s refined materials and the rugged texture of its surroundings. The experience of immersion in the proposed space seeks to build an atmosphere that amplifies the senses, an instrument of evocation. “