Built by Romero & Vallejo, The Belvedere House is located on the southern slope of Toledo’s historic town centre, Spain, in one of the areas seen in one of the most emblematic views of the city, which is featured in an infinite number of paintings and photographs throughout history, inspiring countless artists from El Greco to Andy Warhol, as well as the world of international tourism. 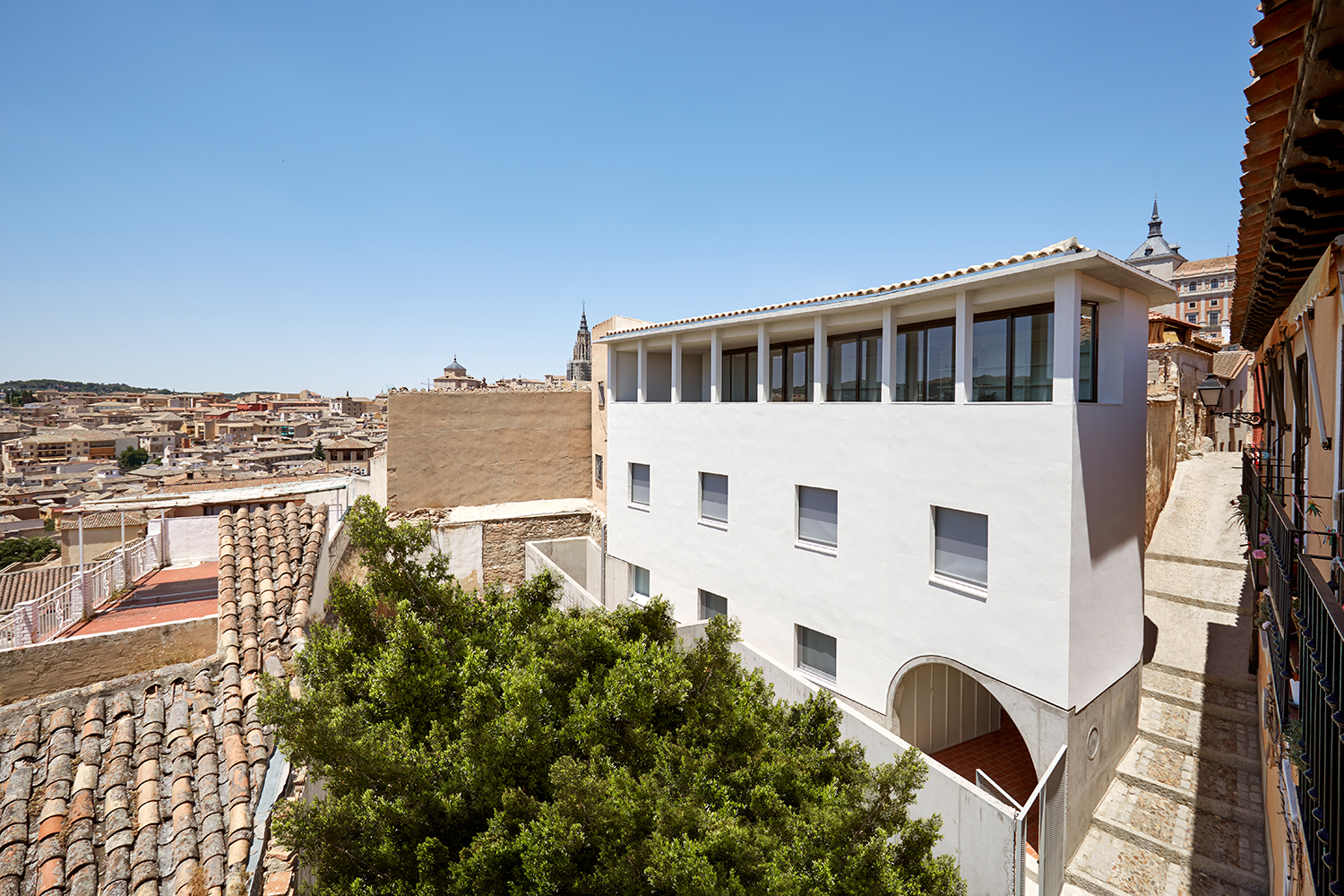 Situated next to the river Tajo, the city of Toledo, a World Heritage Site since 1986, with its steep winding streets lined with split-level houses, is home to Mudéjar architectural gems, Islamic art, Roman ruins and renaissance and baroque works, reflecting how each different culture has contributed to the architectural heritage of the city. 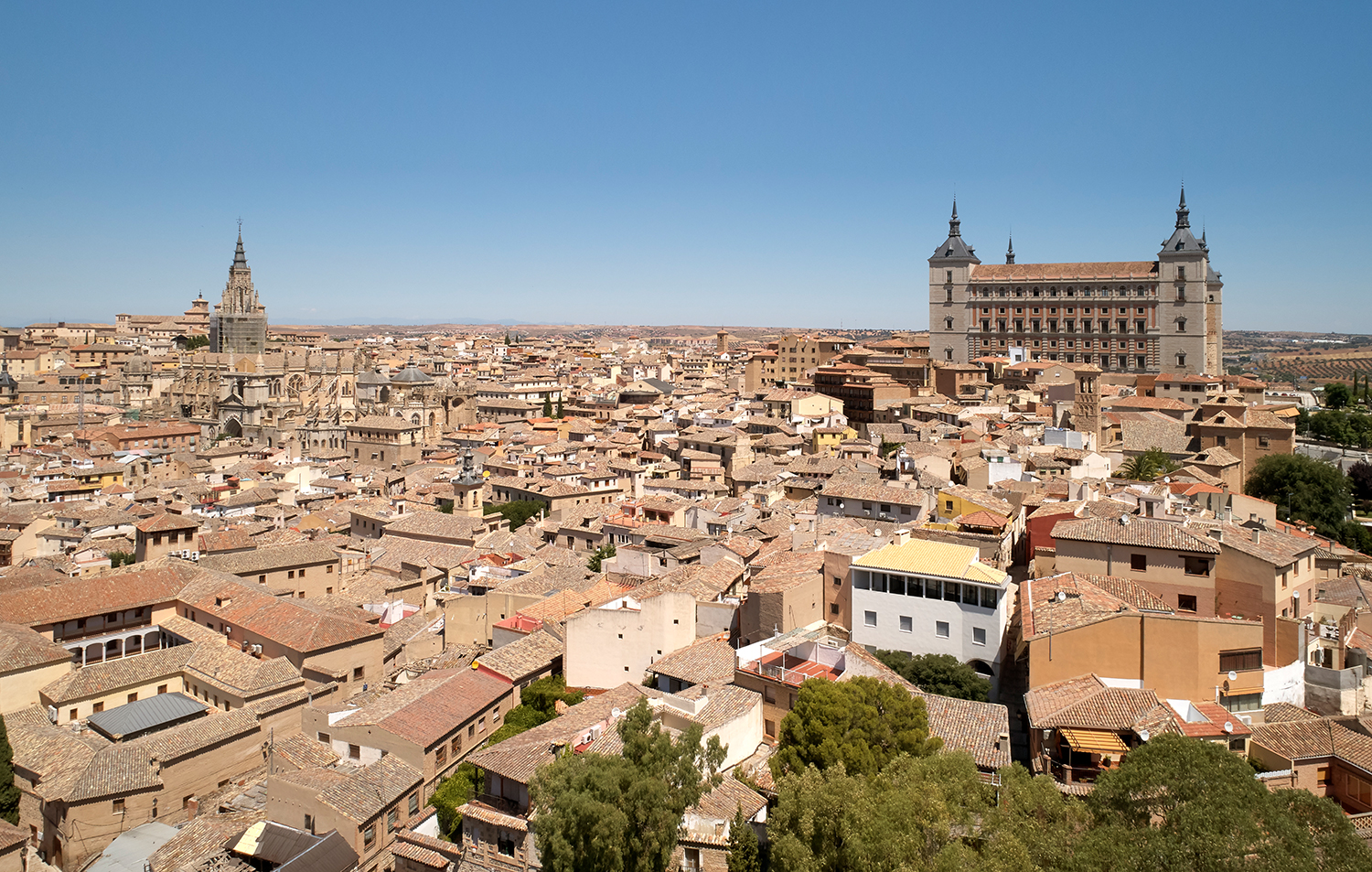 One of the main challenges was how to integrate contemporary architecture into an area with such an important historical tradition, in a way that meant the end result would also have a big presence in the city.

“It was a case of striking a balance between respecting the historical context but, at the same time, maintaining the features of a contemporary property,” explains the studio. 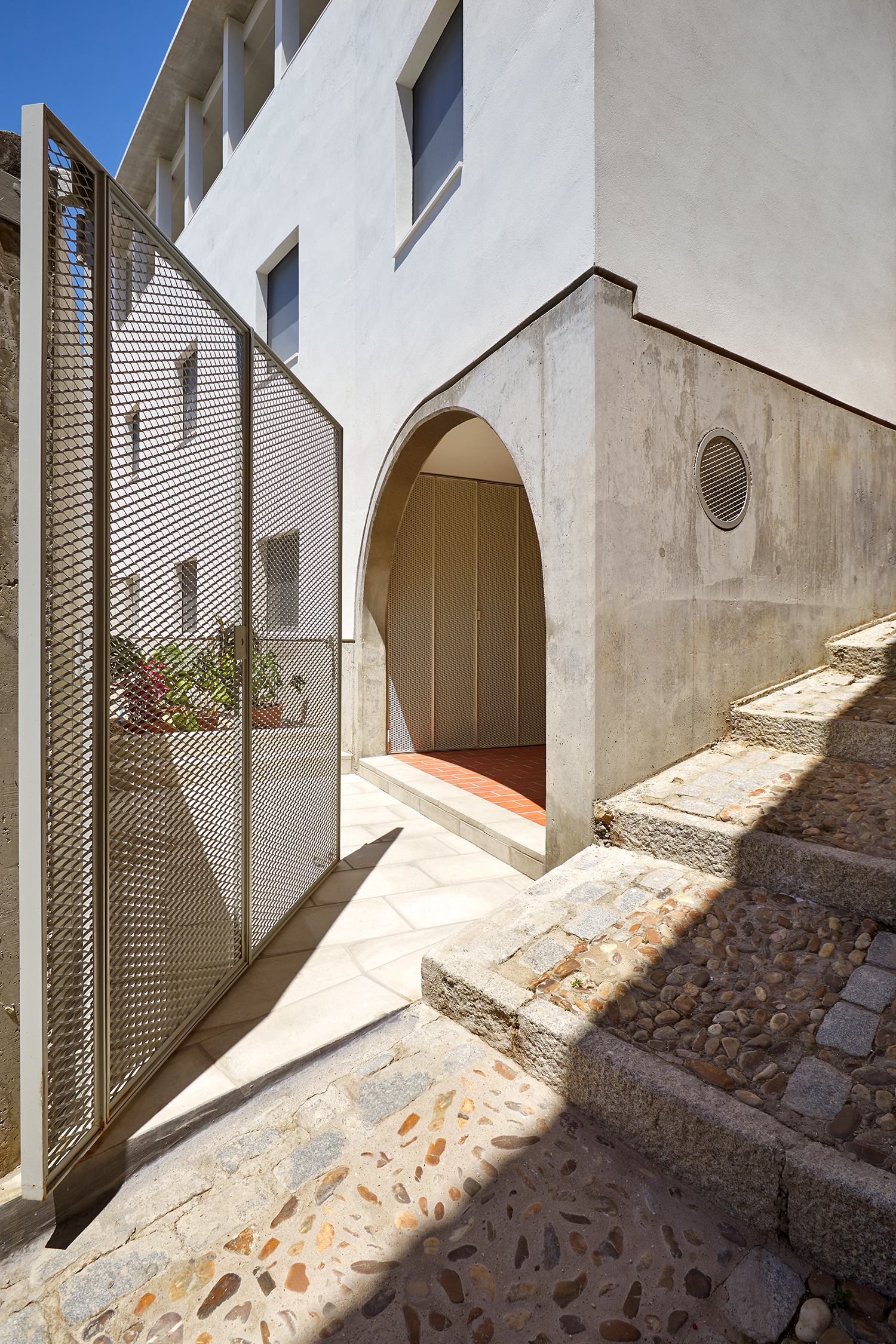 The project sits on a small plot of land with a façade measuring 8m and depth of 13m. It is accessed from a steep winding street. The property is situated at the end of the street. Inside the plot there is a “patio” on the longitudinal side that allowed us to create a false façade offering impressive views of the surroundings and giving it optimum lighting and ventilation. 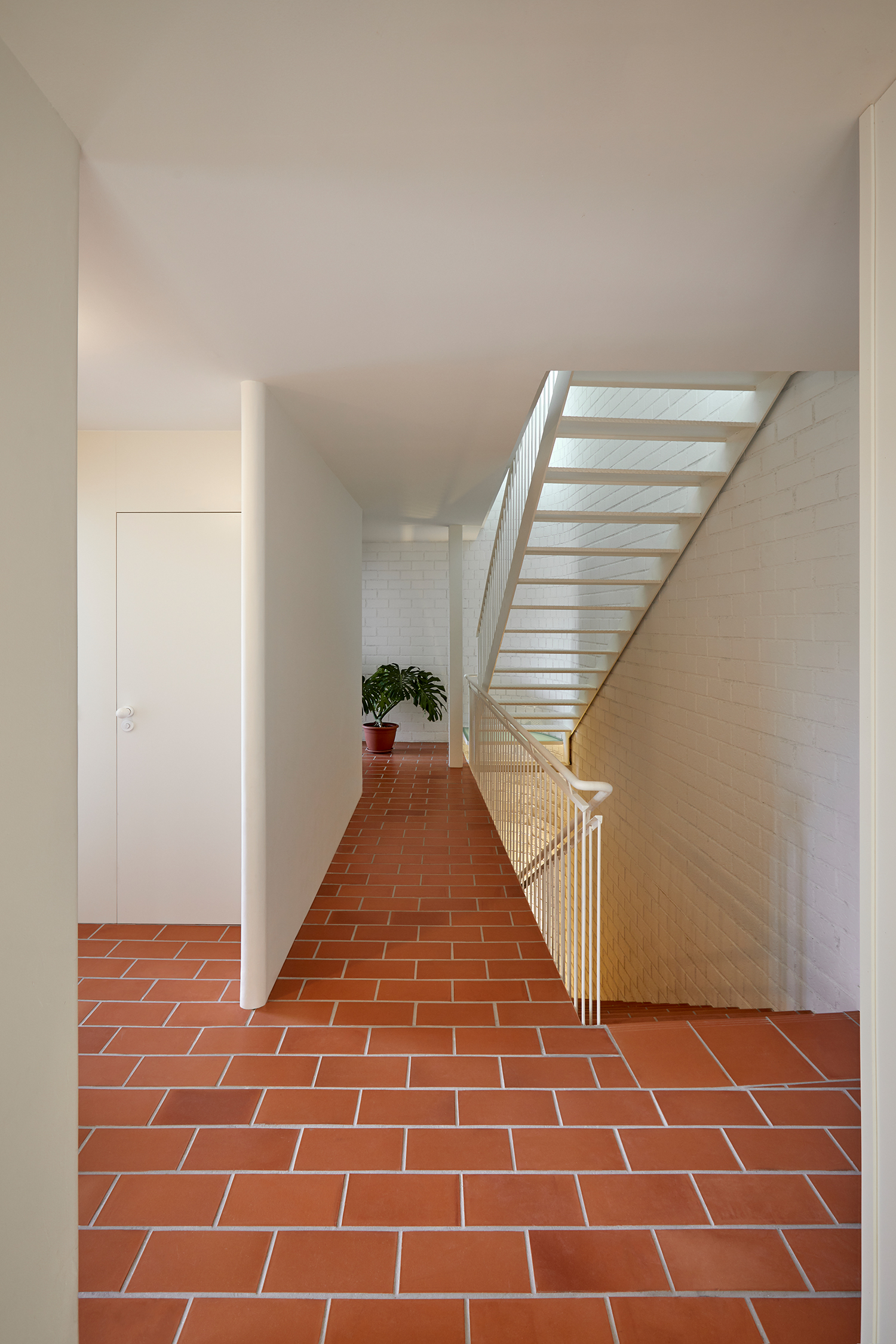 The second entrance is on the first floor of the building and is the most convenient entrance when returning from the city centre. This floor has the bedrooms and a small study. From there, you can go up to the top floor which has an open-plan kitchen diner and living room, the entire length of which leads onto a terrace (loggia style), offering a framed view of the countryside and protecting the interior of the south side of the property from too much exposure to the sun. It is also the most distinctive feature of the property. 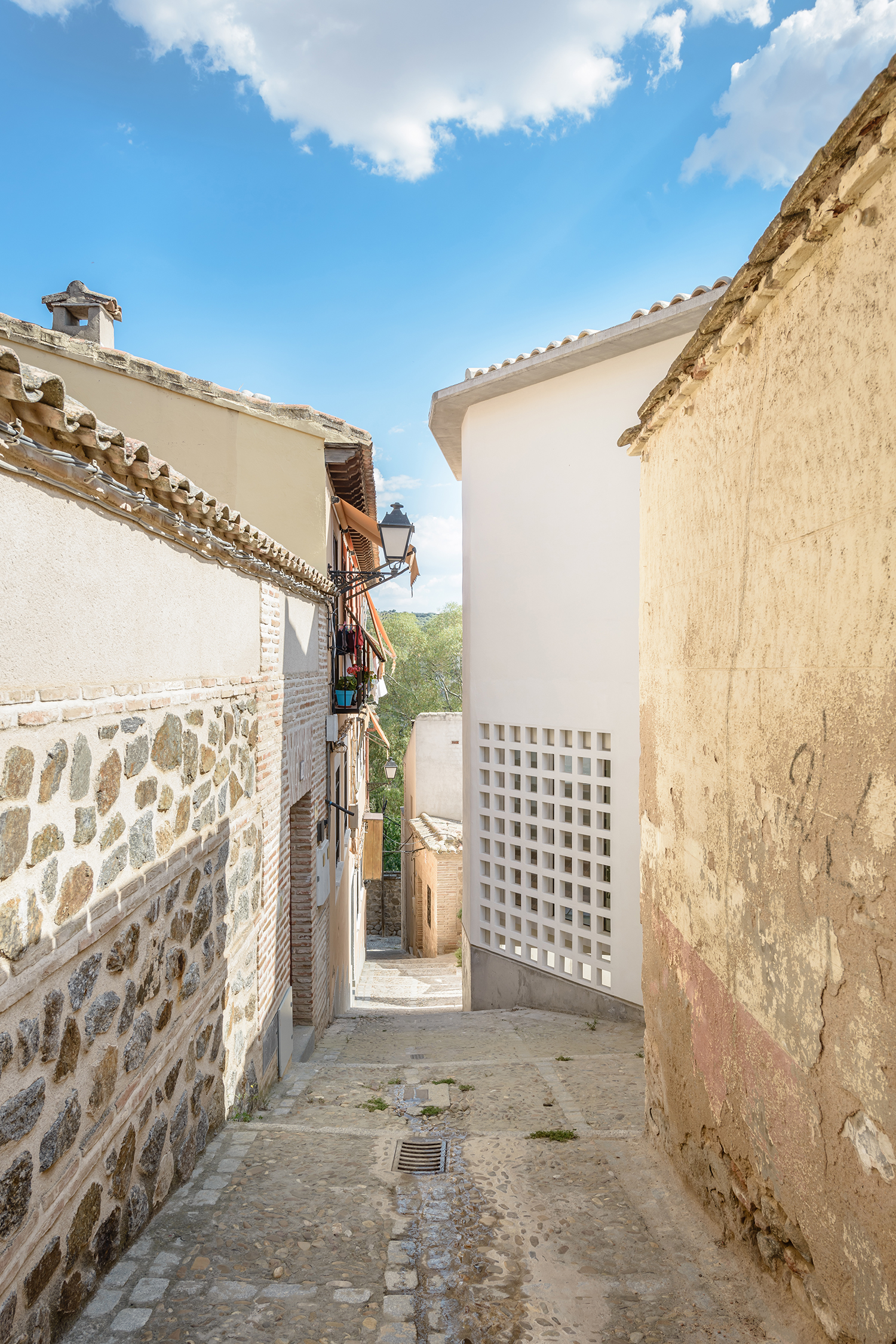 There is a direct line of sight from one entrance to the other inside the property through a transparent glass wall, which aims to open up the small entrance area and allow natural light to shine in through the lattice to the ground floor.

The furnishings include contemporary pieces by Romero & Vallejo, such as the Ruff Pouf for GAN or the Palma PL01 rug for Now Carpets, combined with classic designs such as the basket lamp by Miguel Milá, Butterfly Chair, La Siesta, a traditional earthenware vessel from Diabla or the Pet Lamp by Acdo. 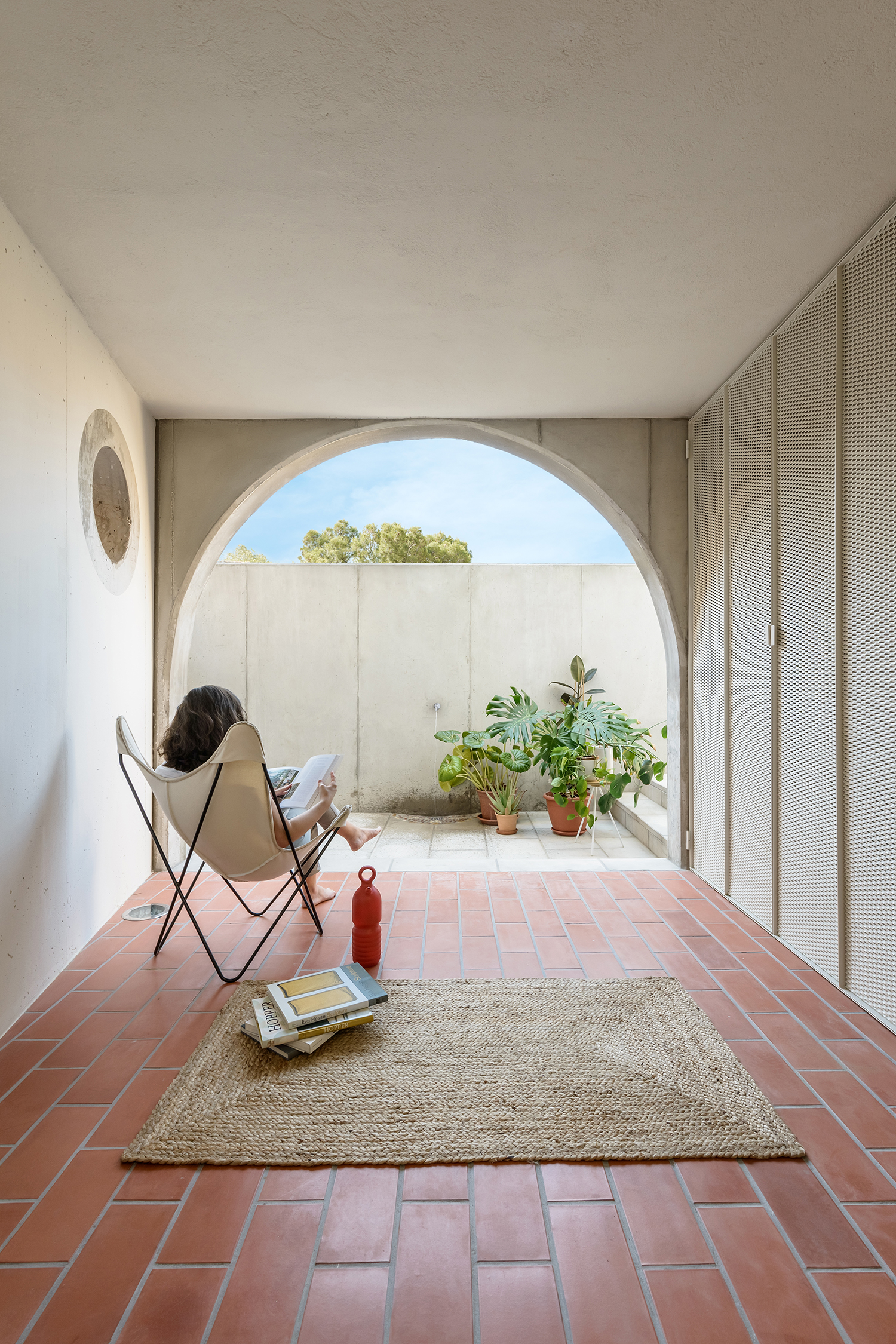 “On a technical level, despite its modest dimensions, it has been one of the most challenging projects that we have carried out, ” says Romero & Vallejo. “The site was almost impossible to access for construction; the archaeological remains had to be integrated into a foundation built on a mixture of natural stone and man-made materials. The dividing walls were in bad condition and had begun to detach, so they had to be supported by our building. There was also water inside them at various intervals, which changed location depending on the season. All of this has been fixed and become part of the overall idea of the project, but not in a way that looks ‘too extravagant’.”

Designed with attention to detail and clever use of the materials available, this property is a piece of contemporary, relaxed and modest architecture. The design team strived to keep it as simple as possible, including only what was strictly necessary for a functional or structural reason, so as to achieve the best quality space.