Italian practice CRA-Carlo Ratti Associati has unveiled the design for Playscraper – a Tennis Tower which features multiple courts stacked on top of one another. Developed for RCS sport, the ambitious design uses an innovative steel structure to reach its vertiginous height.

The 90-meter (300-foot) high Tennis Tower consists of eight courts, totaling 5,500 square meters (60,000 square feet) of playing space. The courts are layered vertically rather than horizontally, using BSB’s B-Core slab structure, a solution inspired by the outer shell of a spacecraft. This technology made international headlines in the past, as it allowed for the safe deployment of prefabricated construction units in record time. 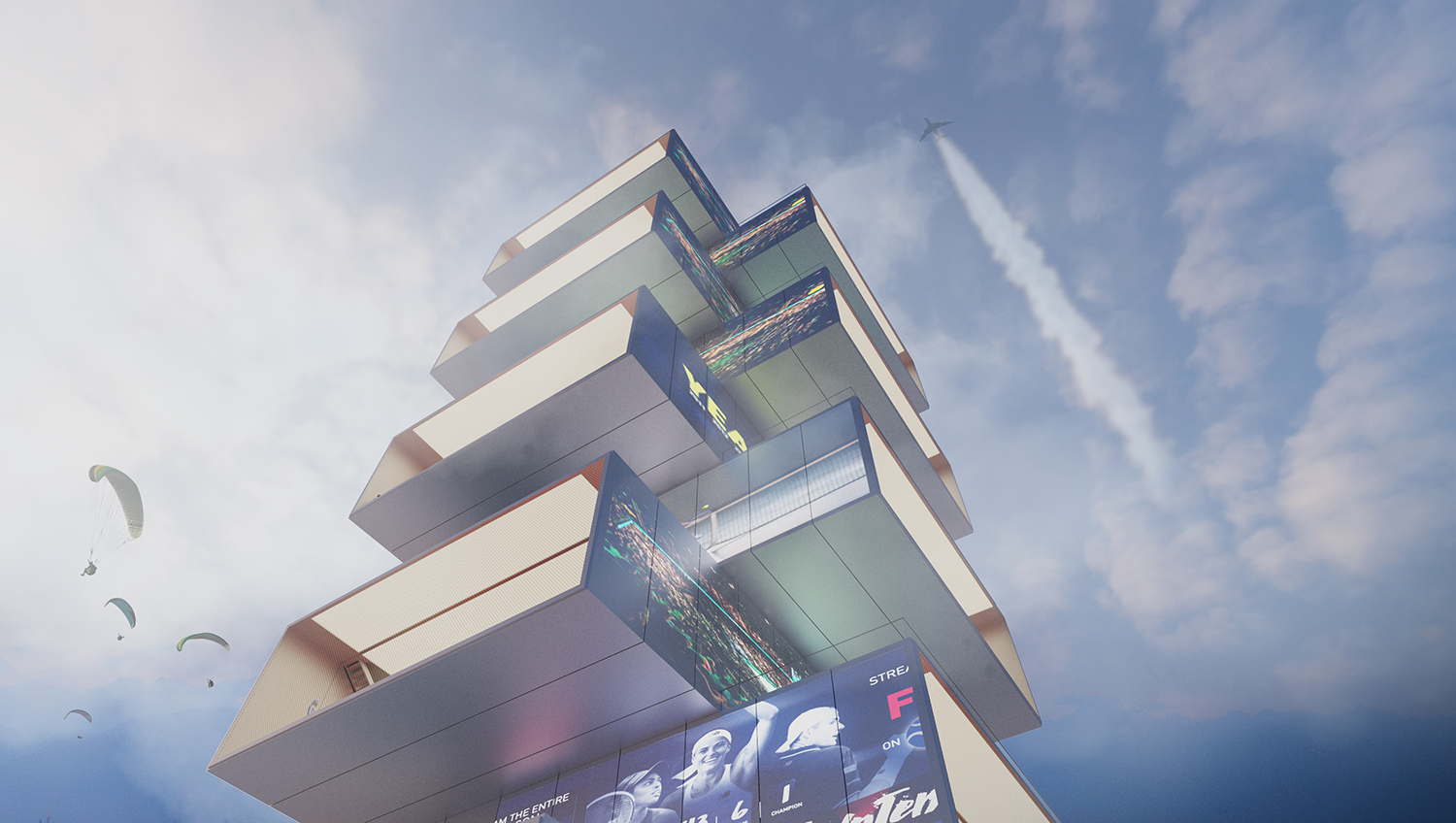 “This project would not just create a new icon for sports lovers,” says architect and engineer Carlo Ratti, founder of CRA and director of the MIT Senseable City Lab. “It also experiments with a new type of public space, extending vertically instead of horizontally. The tower is easy to install and dismantle and can be easily moved. This flexible approach fits the circular nature of today’s sports competitions, which move from location to location throughout the year.” 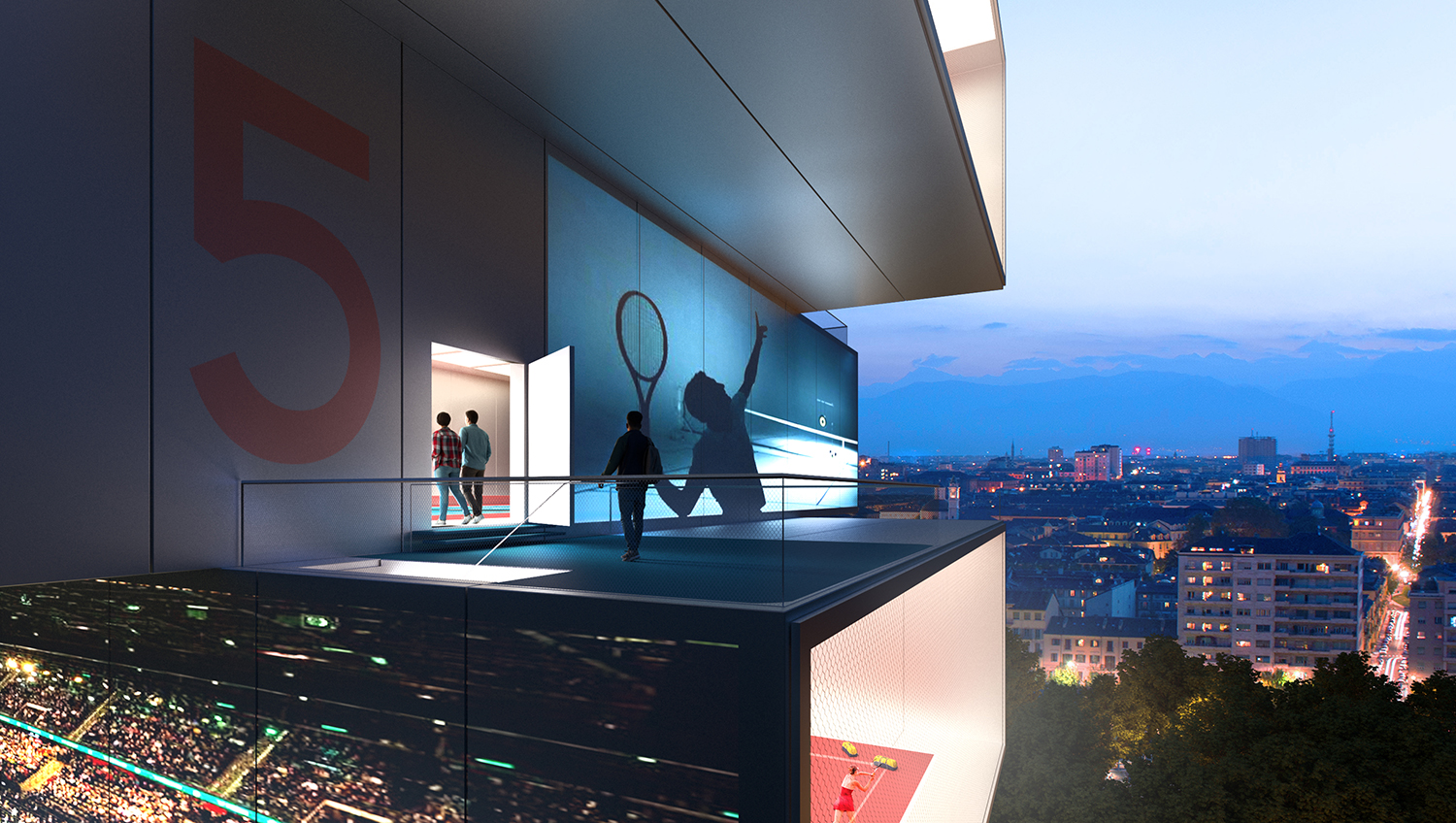 The Tennis Tower contains eight sandwich structures piled on top of the other, each containing a stand-alone tennis court. The narrow sides of each “box” feature transparent walls offering panoramic views. The two long sides incorporate an electronic facade that can stream sports matches and other digital content. In this way, the tower’s unique design engages not just the players on the court, but those in the surrounding area who can view the action on its wide screens. 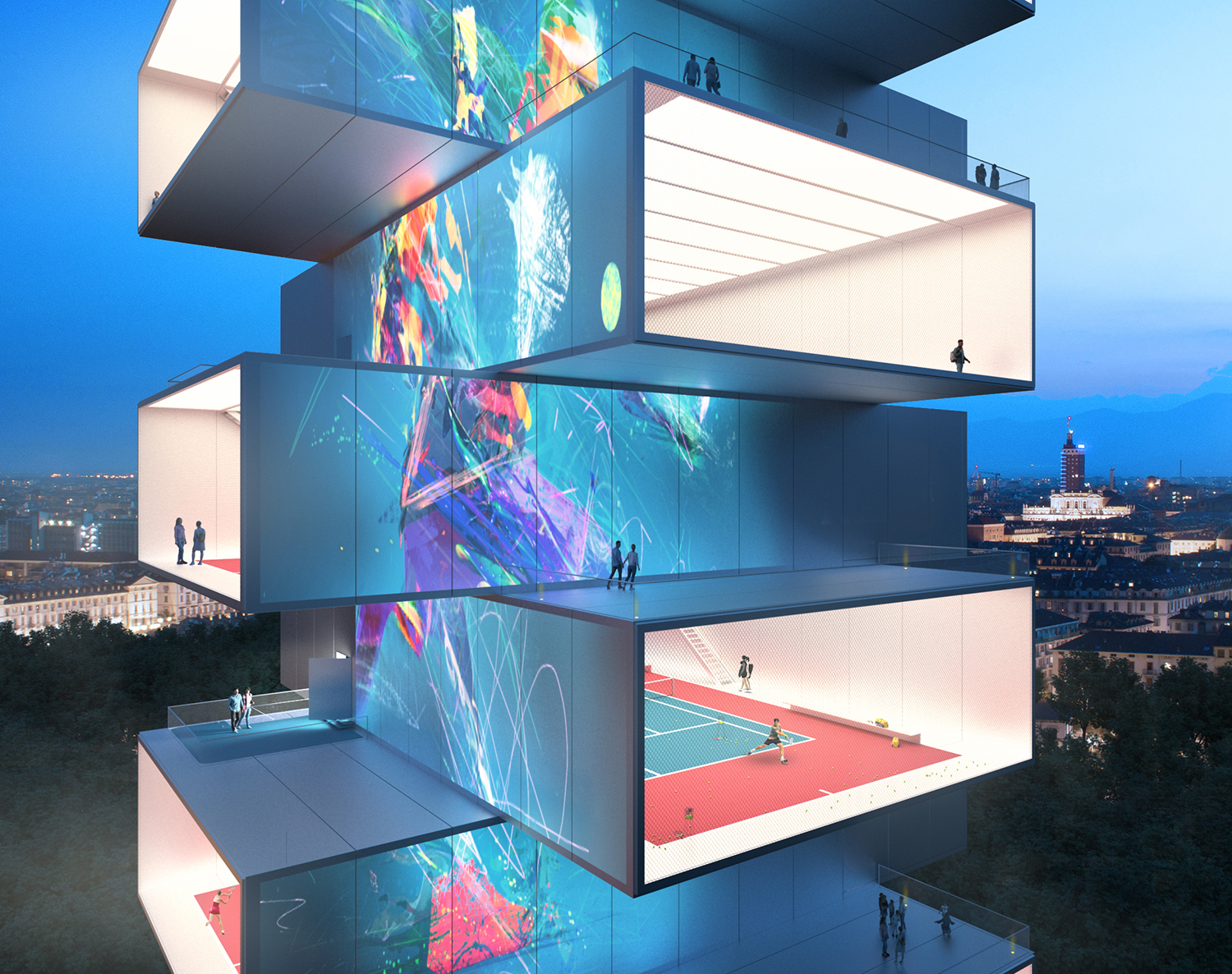 Several recent projects by CRA explore the use of unconventional materials in architecture. The newly-inaugurated MEET Digital Arts Center in Milan is centered around a “vertical plaza” whose stairwell was digitally fabricated using an innovative laser-cut steel sandwich. CRA also experimented with mycelium, the root of mushrooms, as a compostable construction element, most notably with the Circular Garden installation produced in conjunction with energy company Eni at Milan Design Week 2019. Also in Italy’s financial capital, CRA used nature itself as a building block with VITAE, a scientific research center featuring a 200-meter long urban vineyard. VITAE was developed for Covivio and is scheduled to open in 2022.