Brazilian designer Melina Romano has recently designed a modern and bucolic apartment in São Paulo, Brazil. The project’s name, Hygge Studio, refers to the Scandinavian word used to describe a sense of coziness and contentment. For this project, the designers challenged themselves to turns a Scandinavian concept in a Brazilian way of life.

It was between colors, textures and materialities that the designers found the exact point between hot and cold, between modern and bucolic. The home was also this base that allowed them to reach their own balance for what was wanted. 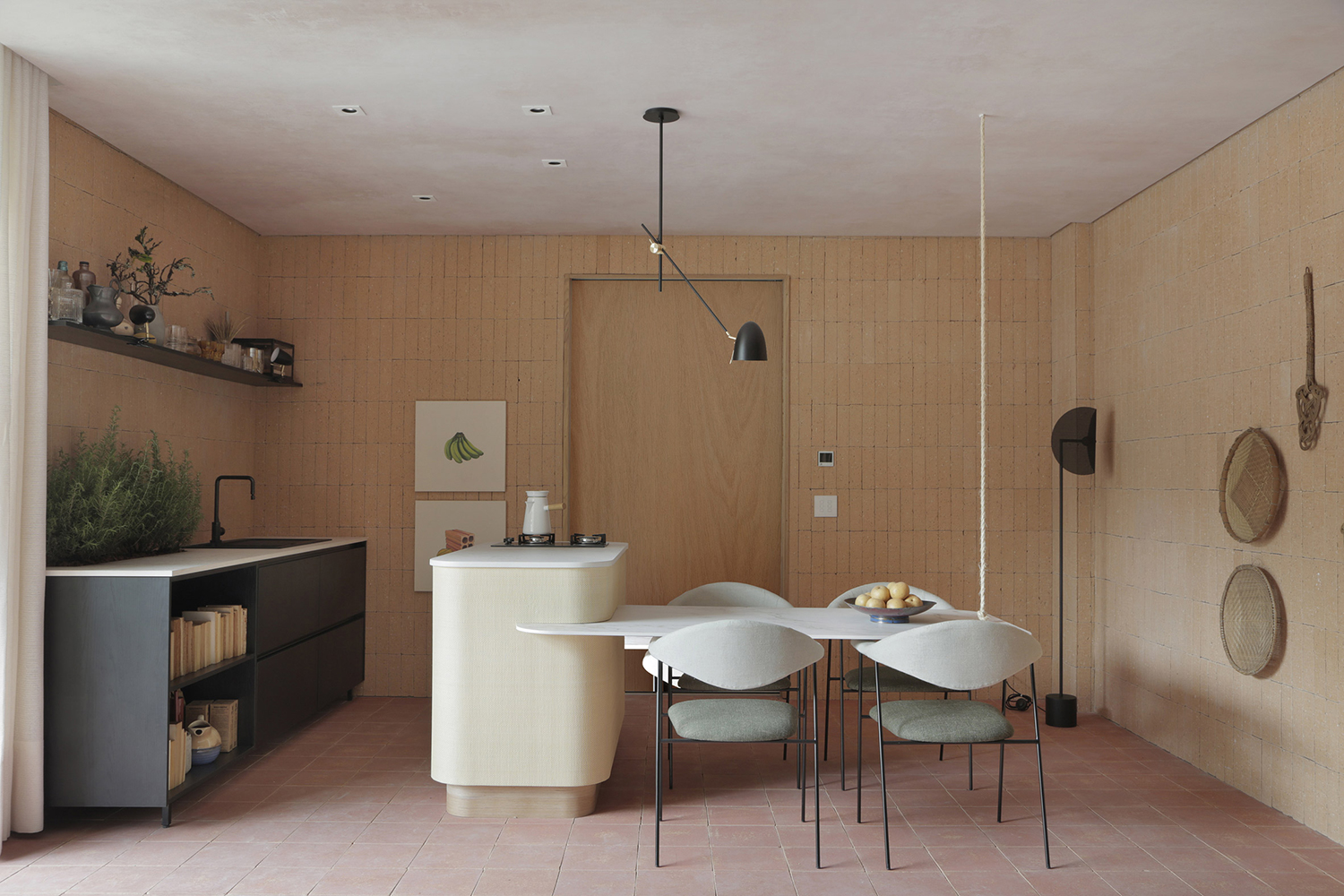 The 68-square-meter space has a suite, bathroom, living room and kitchen completely integrated, but in a deconstructed way. The layout of the rooms consists of modular elements, where it is possible to create a completely different space distribution.

The lighting chosen is comfortable for the eyes. A three-dimensional illuminated panel made of cobogó was strategically placed in the middle of the living room as a work of art that plays with light and shadow in space. 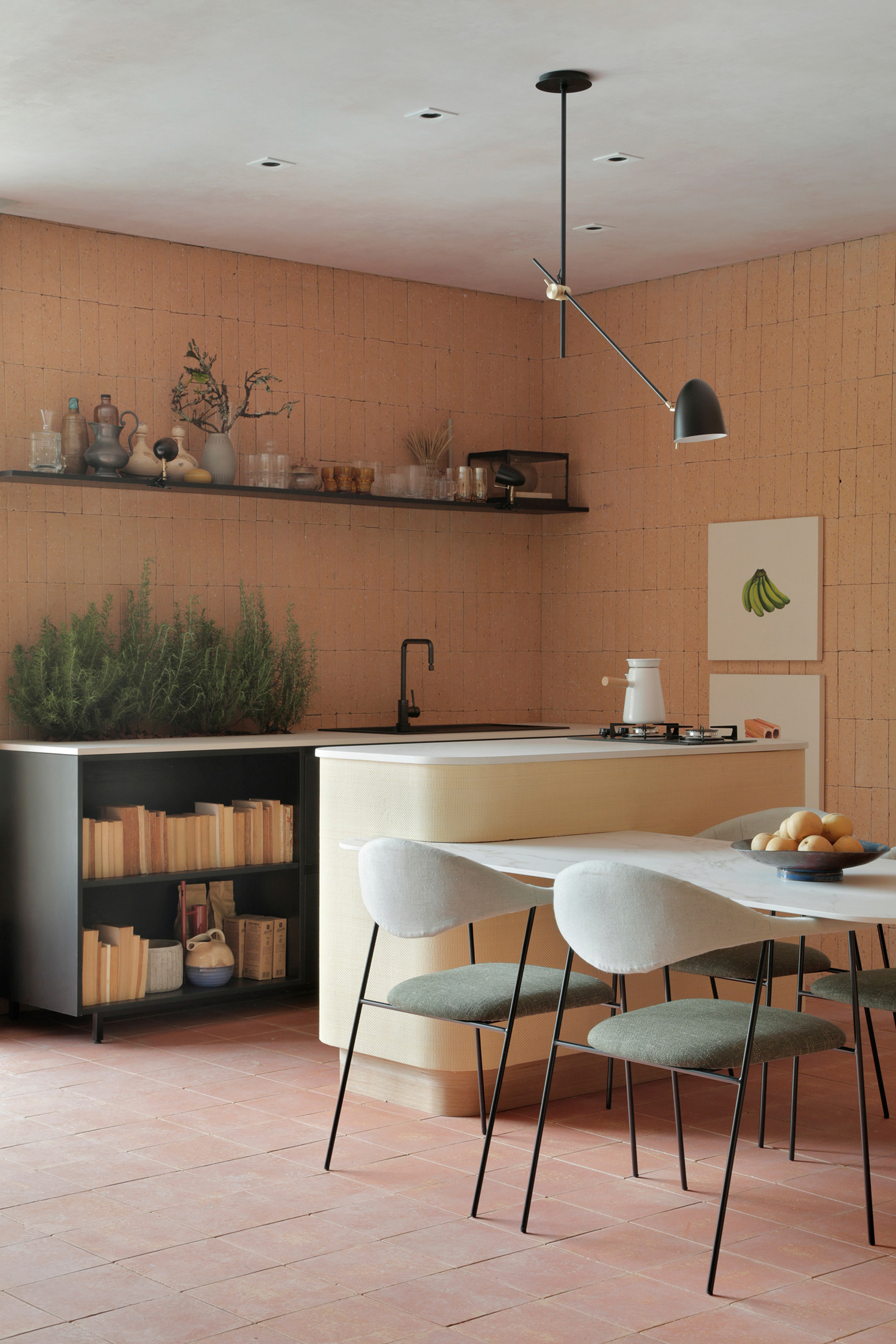 Containing finishes that are easy to maintain and clean, terracotta ceramic without grouting was applied to the entire floor. On the wall, the rustic charm of the apparent brick. On the ceiling, a textured wallpaper by visual artists Adriana Pedrosa and Carlota Gasparian.

In the choice of furniture and interior details, most in neutral tones, kitchen countertops made of Dekton Nilium and Dekton Entzo’s table, both from Cosentino, stand out. 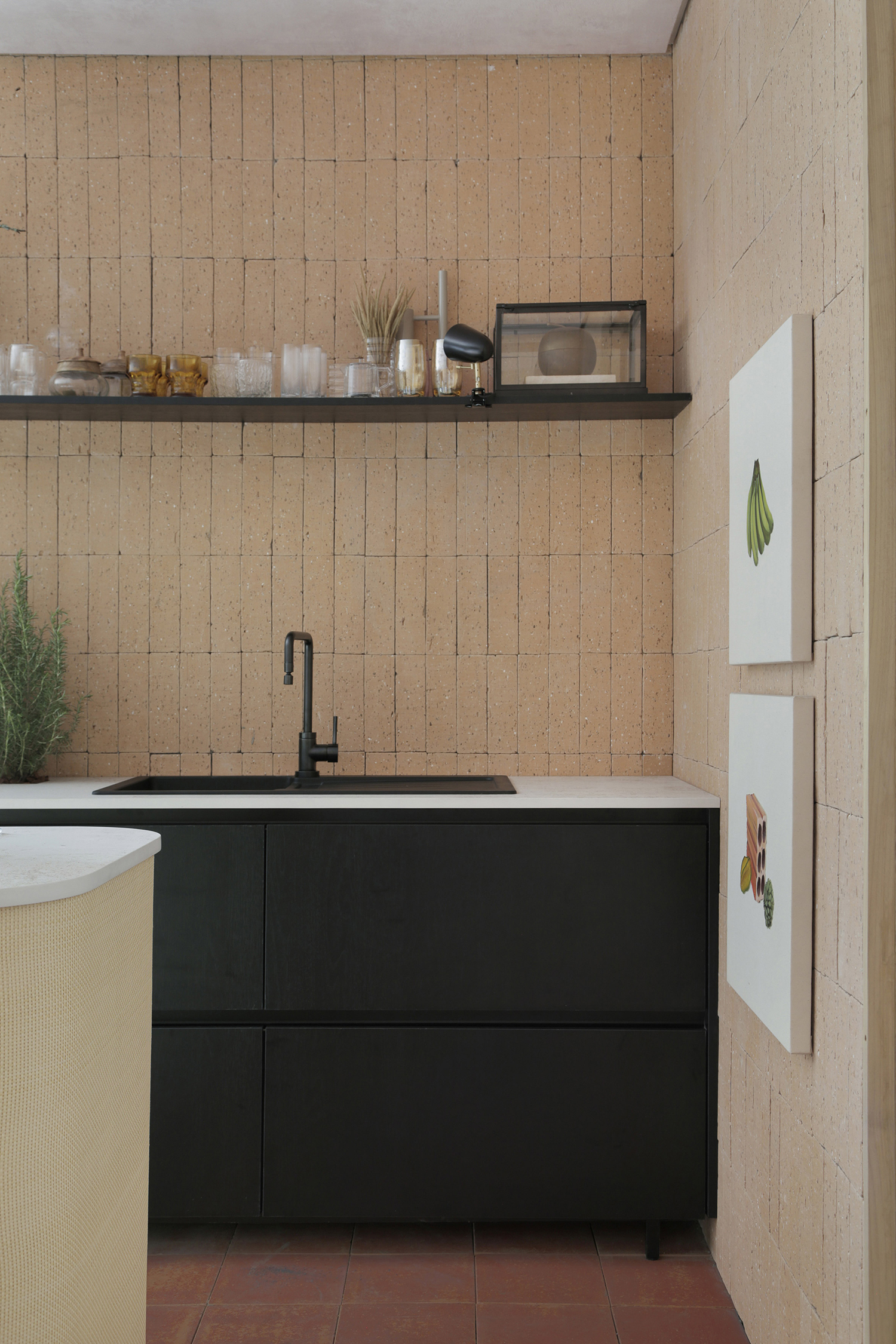 Green is also present in the loft. The bathroom, integrated with the bedroom in an open way, is located next to a staircase that is fixed in the space and received intervention with tropical vegetation made by florist Aline Matsumoto. Several coquedamas, bromeliads, and dry branches were placed on the railing organically. 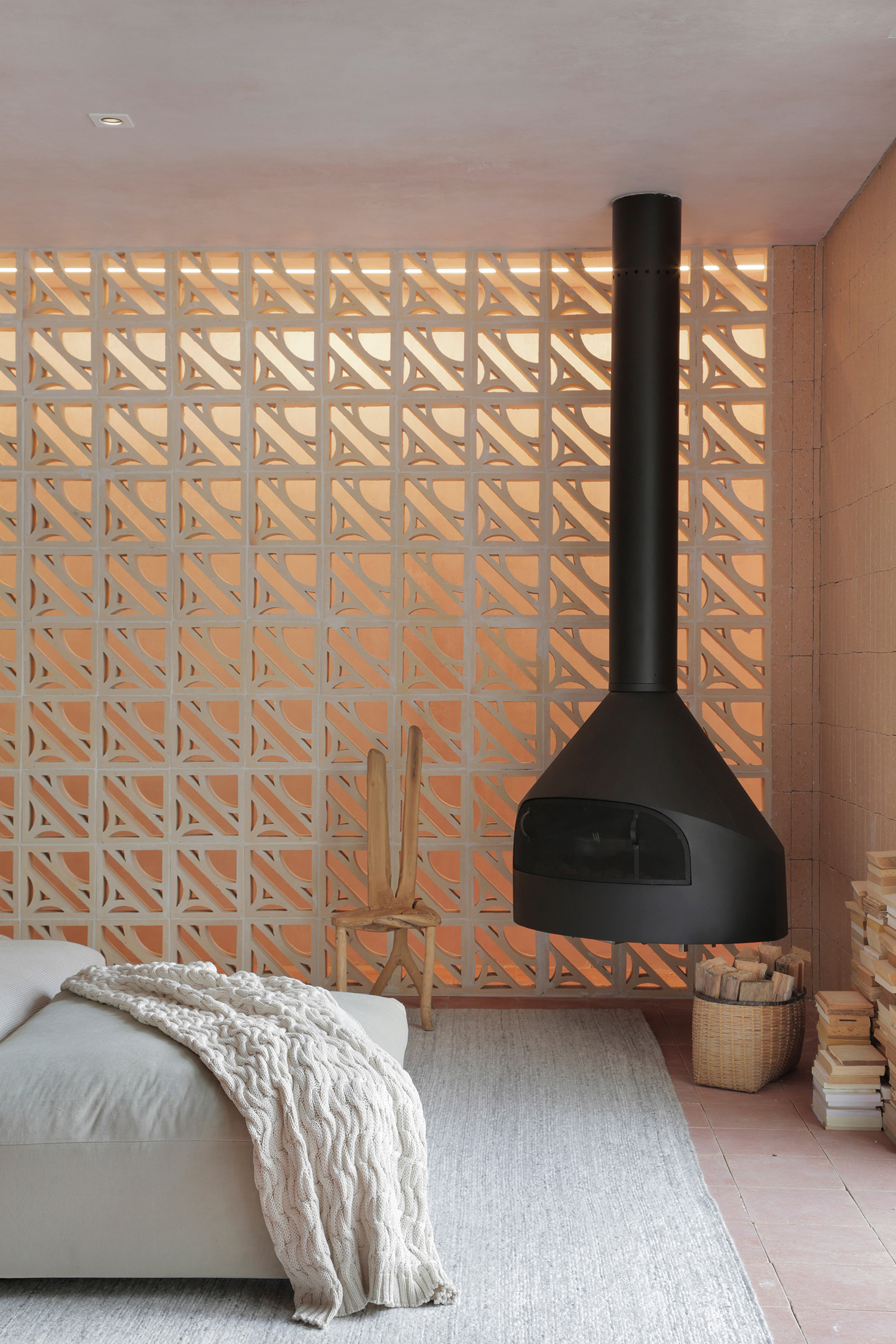 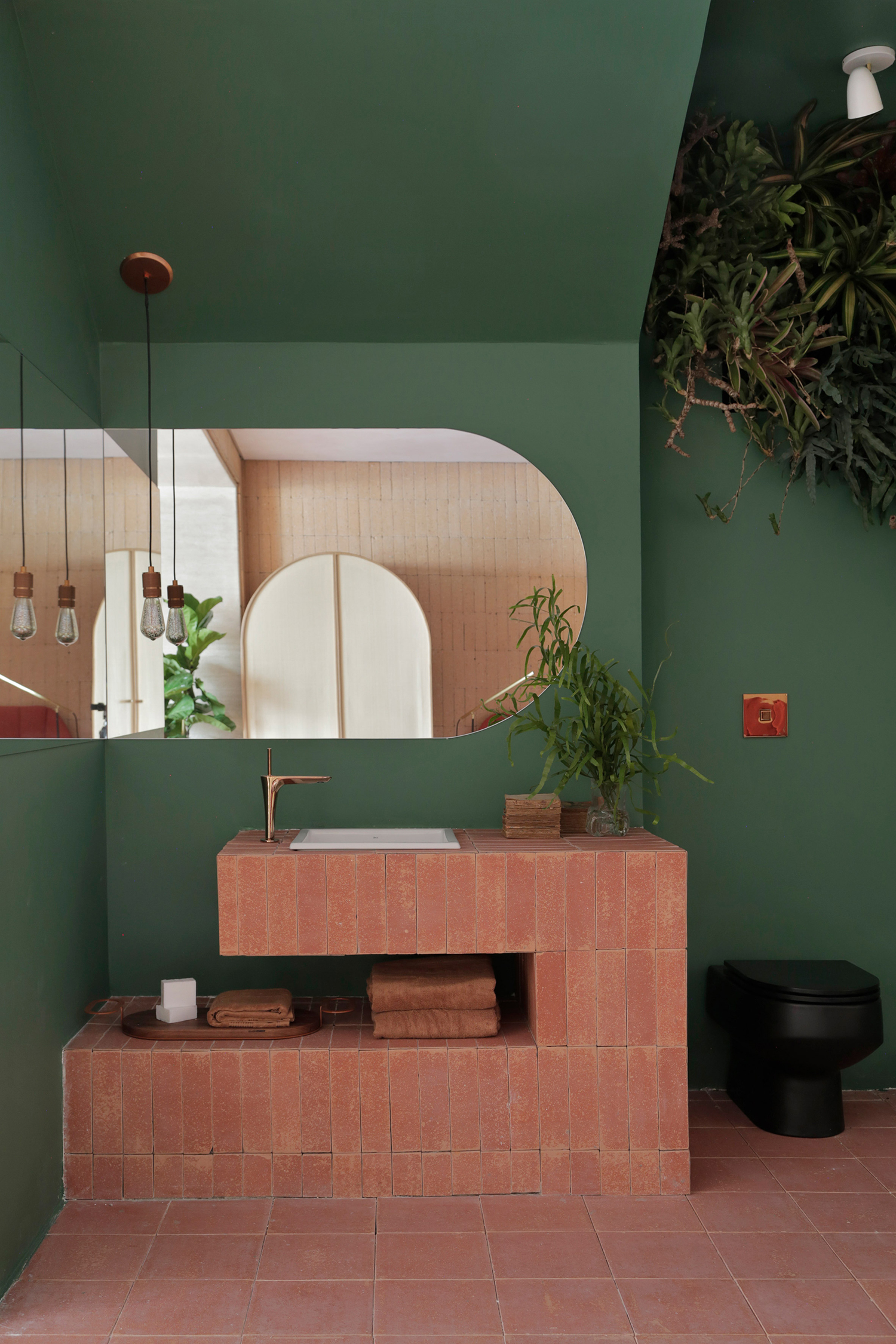 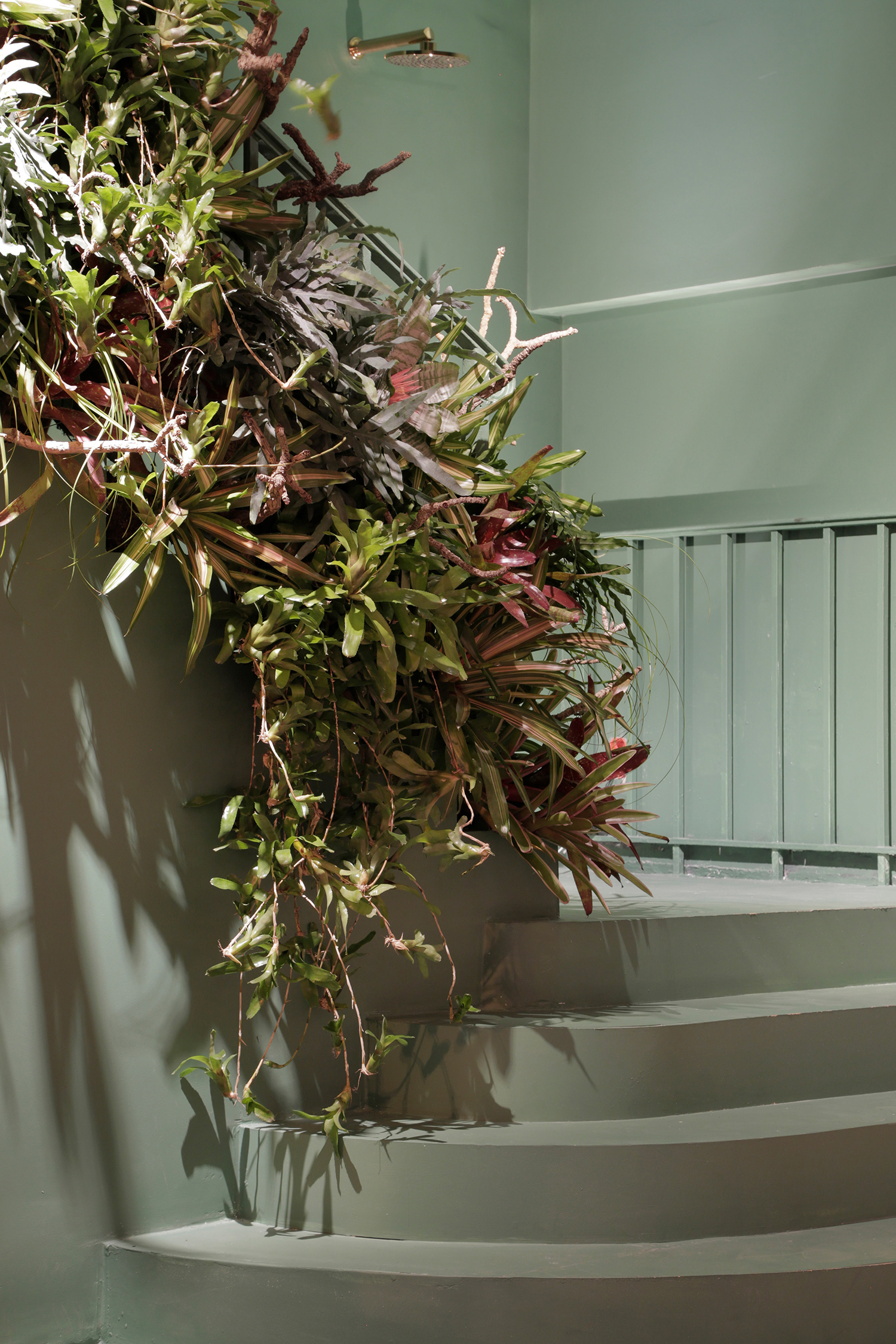 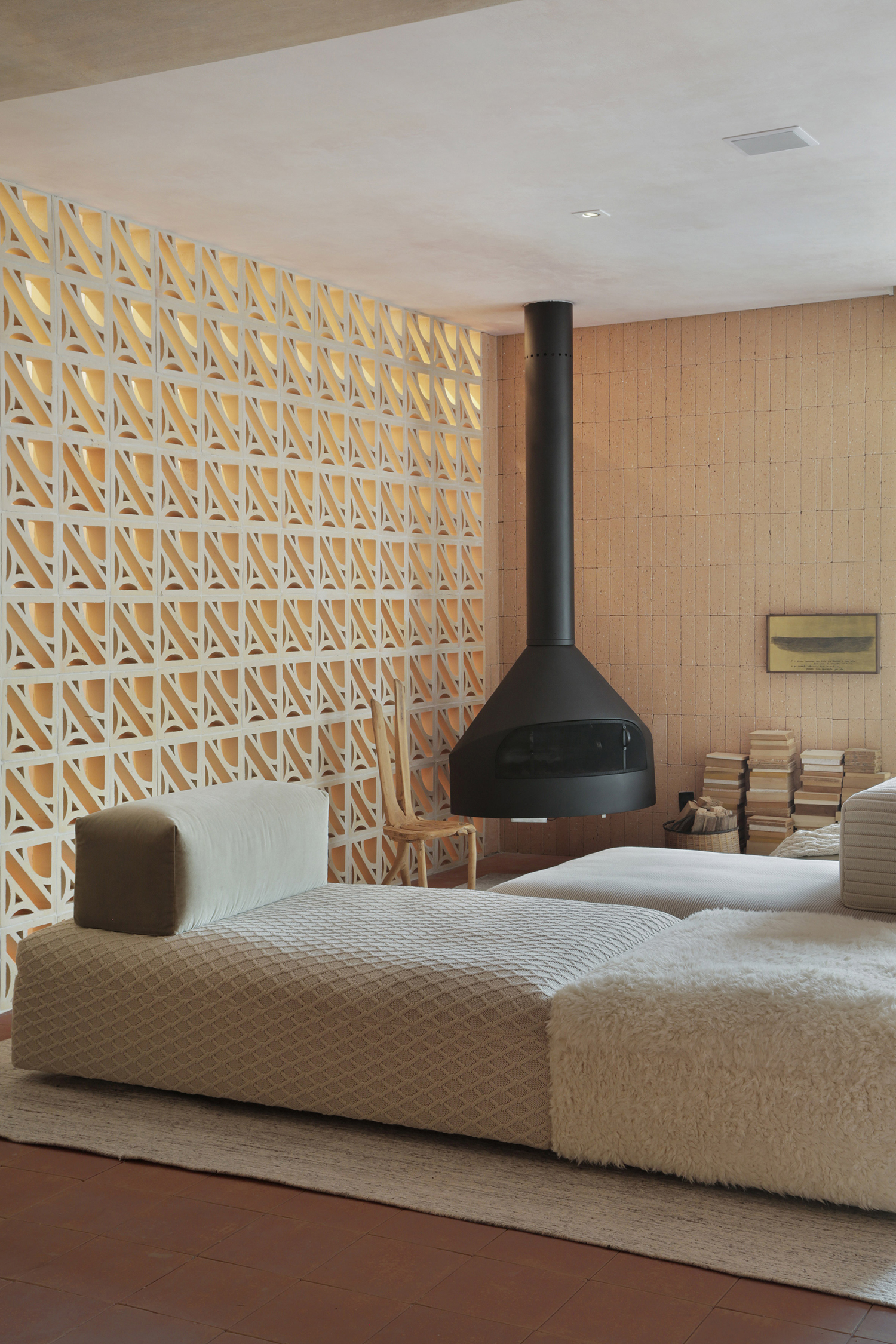 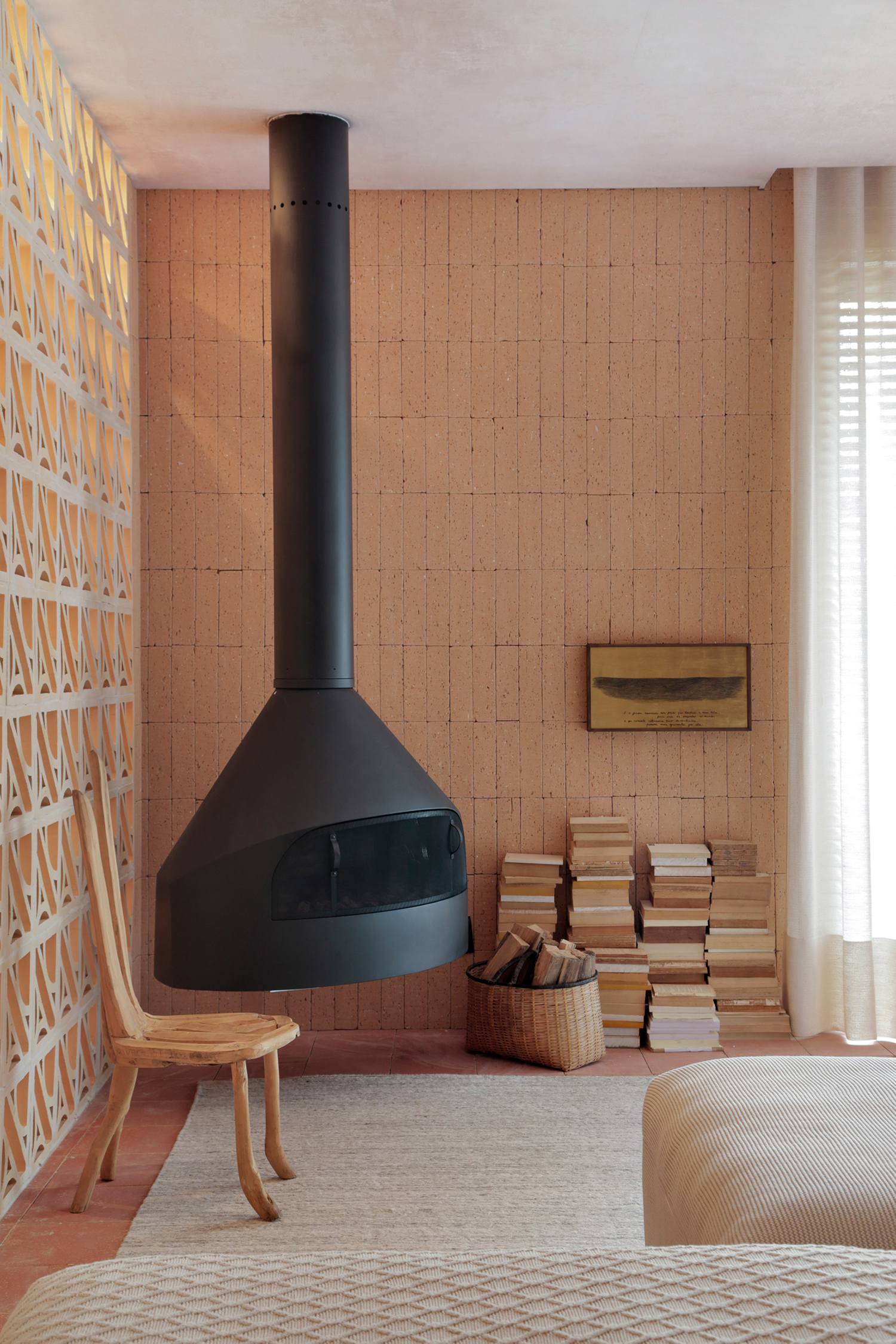 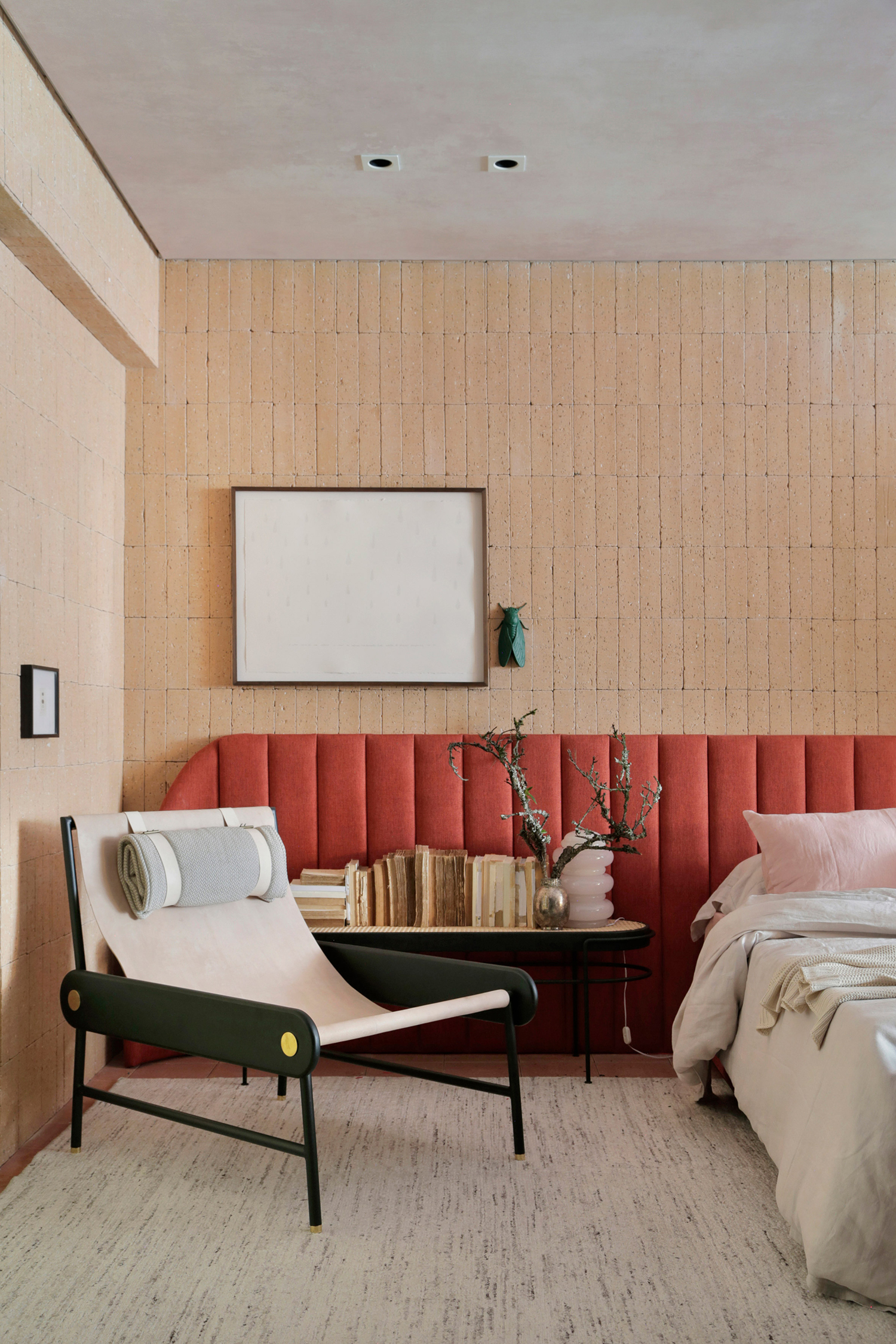 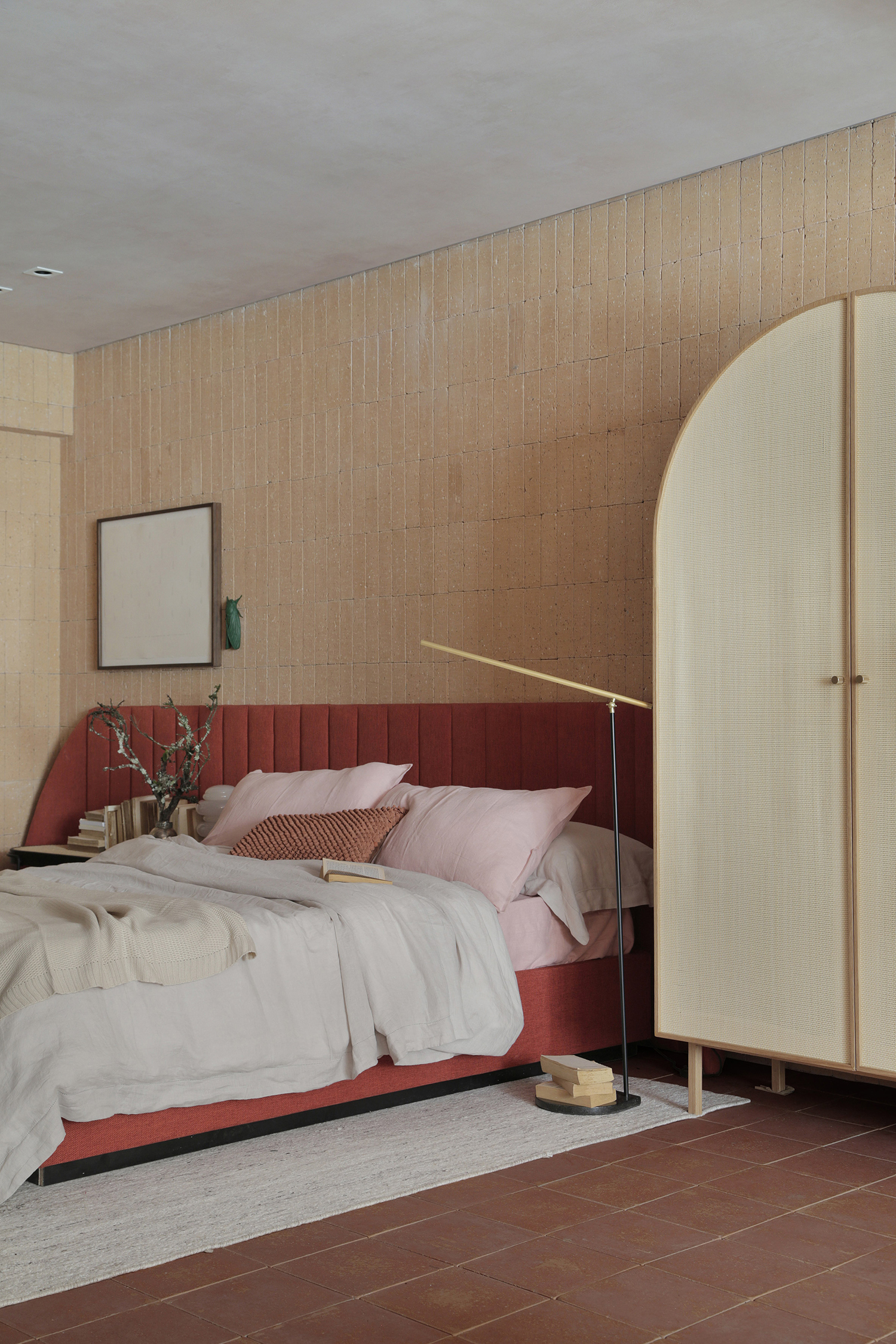 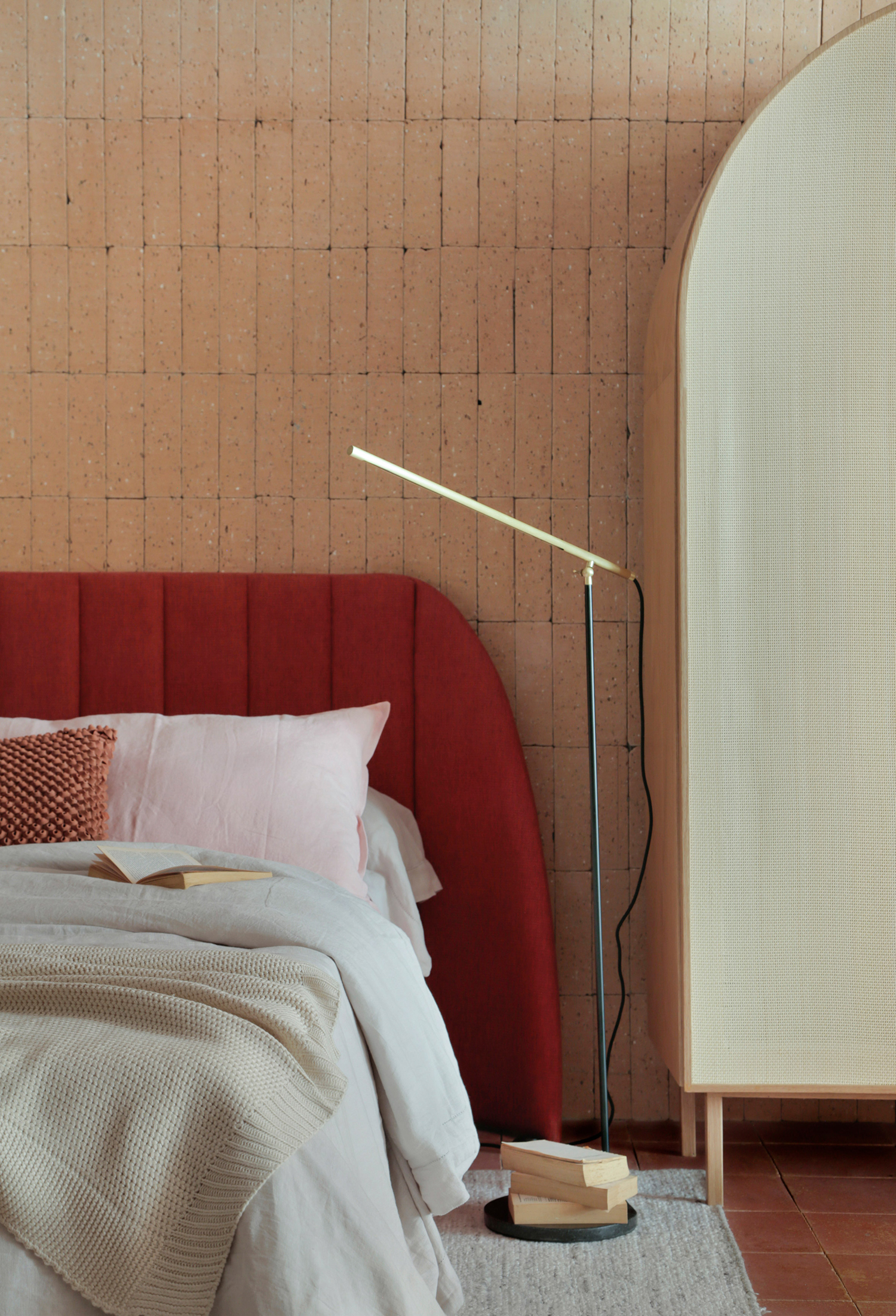