As the Italian response to the Collab Houses model born in the United States, Defhouse is a 500-square-meter apartment currently shared by seven influencers – all between the ages of 16 and 19 – who are keen to grow their followings on social media apps like Instagram and TikTok. Designed to be the “ideal set for producing content”, Defhouse was conceived by media company Web Stars Channel (WSC), which claims the property is the first of its kind to appear in Italy. 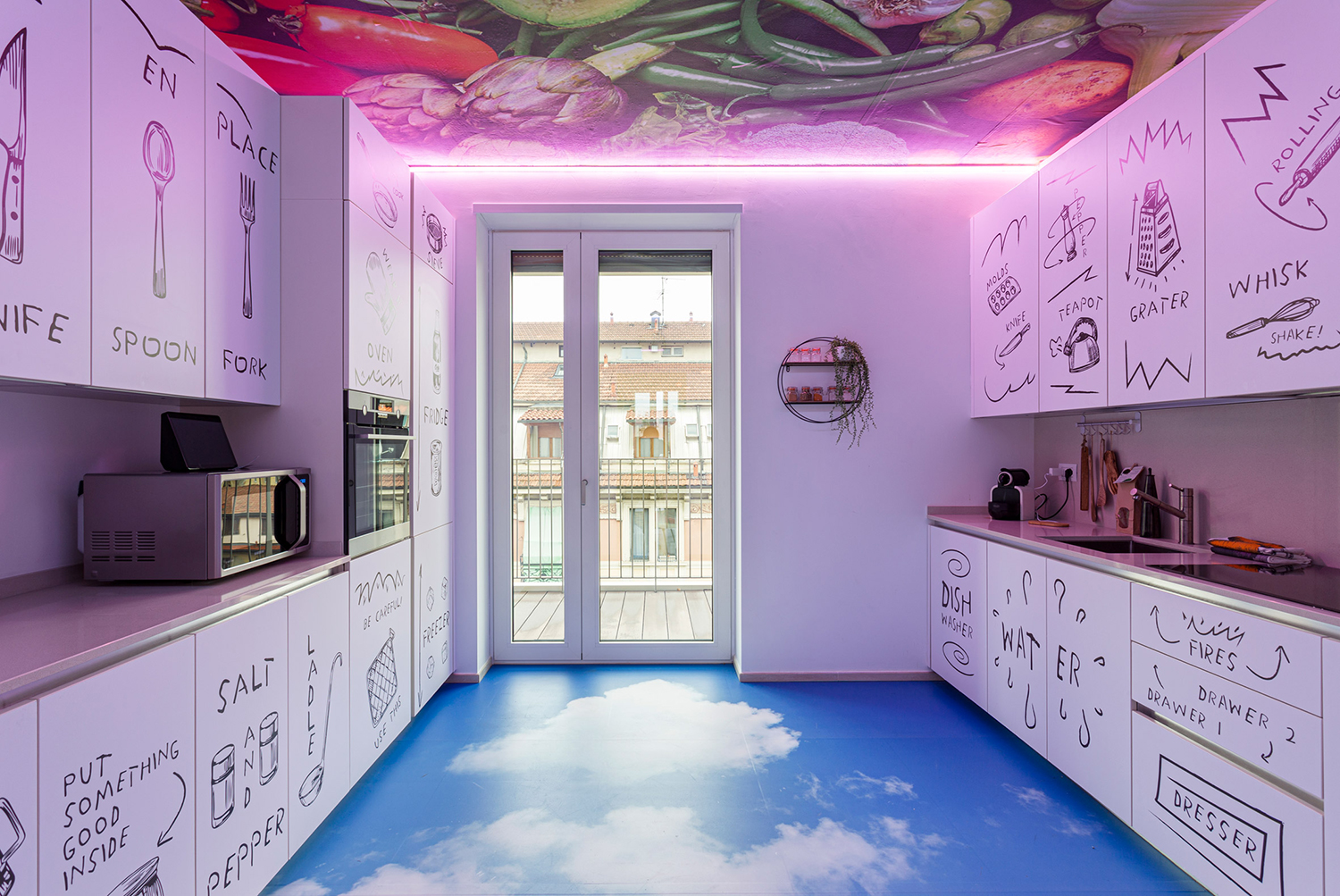 Nursery, or rather training hub for its promoters, the digital company WSC specialized in strategic marketing for influencers – over three and a half billion views recorded in 2019 by its representatives – Defhouse has the aim of renewing the interactions and the aesthetics of this new social life frontier. “The Collab Houses all around the world have a very similar style: very soft, very enlightened, with a few objects and a few coloured elements, making the social connect to the person and not to the space,” says Giuseppe Greco, artistic director of WSC. “We wanted to do the opposite: we put a lot of colour, a lot of elaborate patterns that maybe create confusion, but make the contributions unique.” 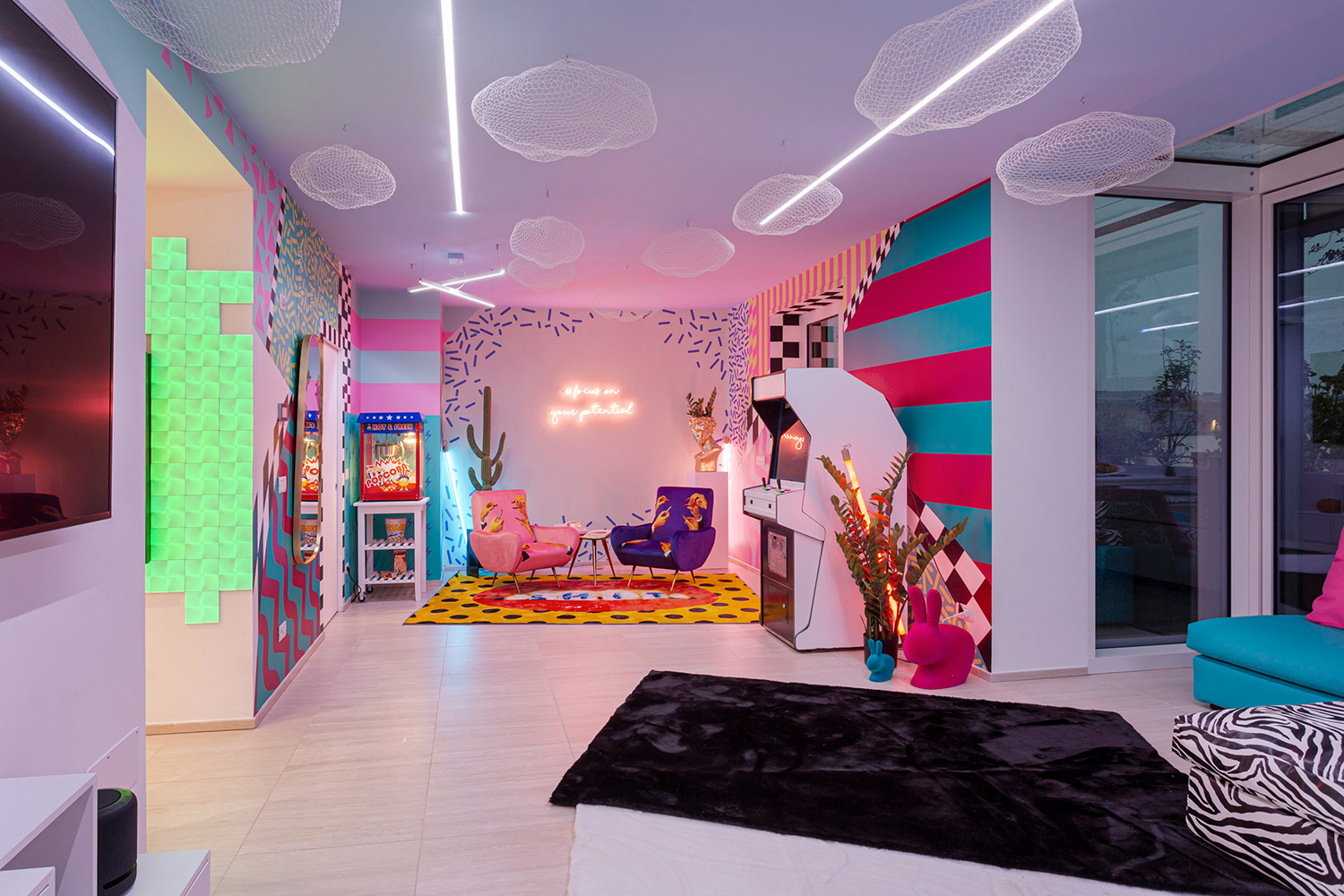 “The house is our paradise, is tailor-made for us,” states Simone Berlini, a 20-year-old influencer whose very thick tuft imposes itself at every step on TikTok, where he reached two million followers. “Every wall and object can be used as a background and as props: we can use any element to get an idea for a video. It’s another life for us, having all these possibilities,” he explains when we ask him about his life tools as an influencer. 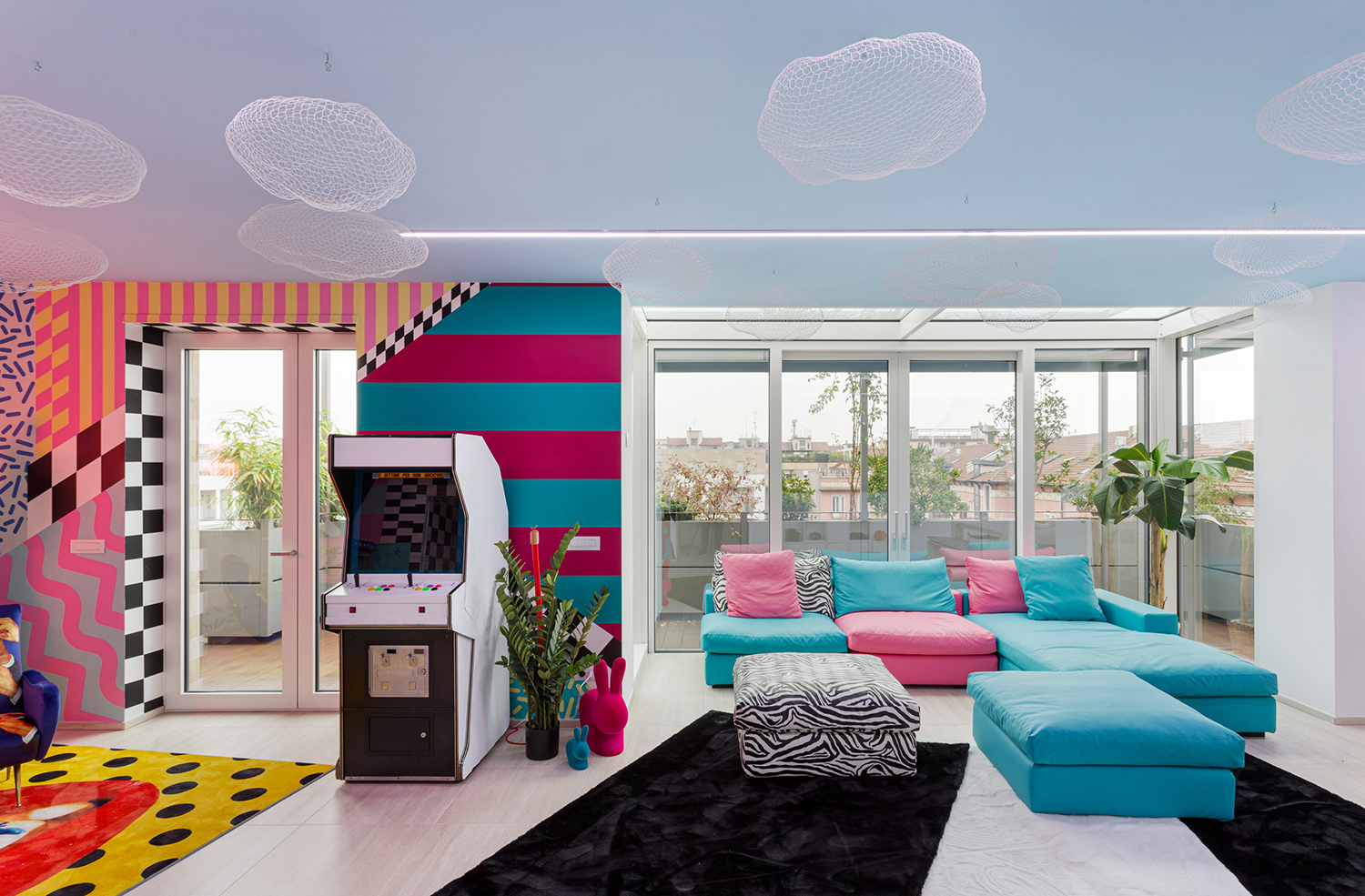 The interior was designed by art director John Pentassuglia, who had additional help from local architect Emanuele Tresoldi. Pentassuglia wanted the rooms of the house to stylistically fall somewhere between “luxury and pop”. He ended up becoming particularly fond of the geometric patterns and vivid colours associated with the Memphis Group – the design collective founded in the 1980s by Ettore Sottsass.

“These eight influencers are children of pop, of a pop renewal,” the art director, John Pentassuglia, explains. “That’s why our idea was to reinterpret this imagery starting from the past, and Memphis was the first reference that could accompany us in this adventure.” 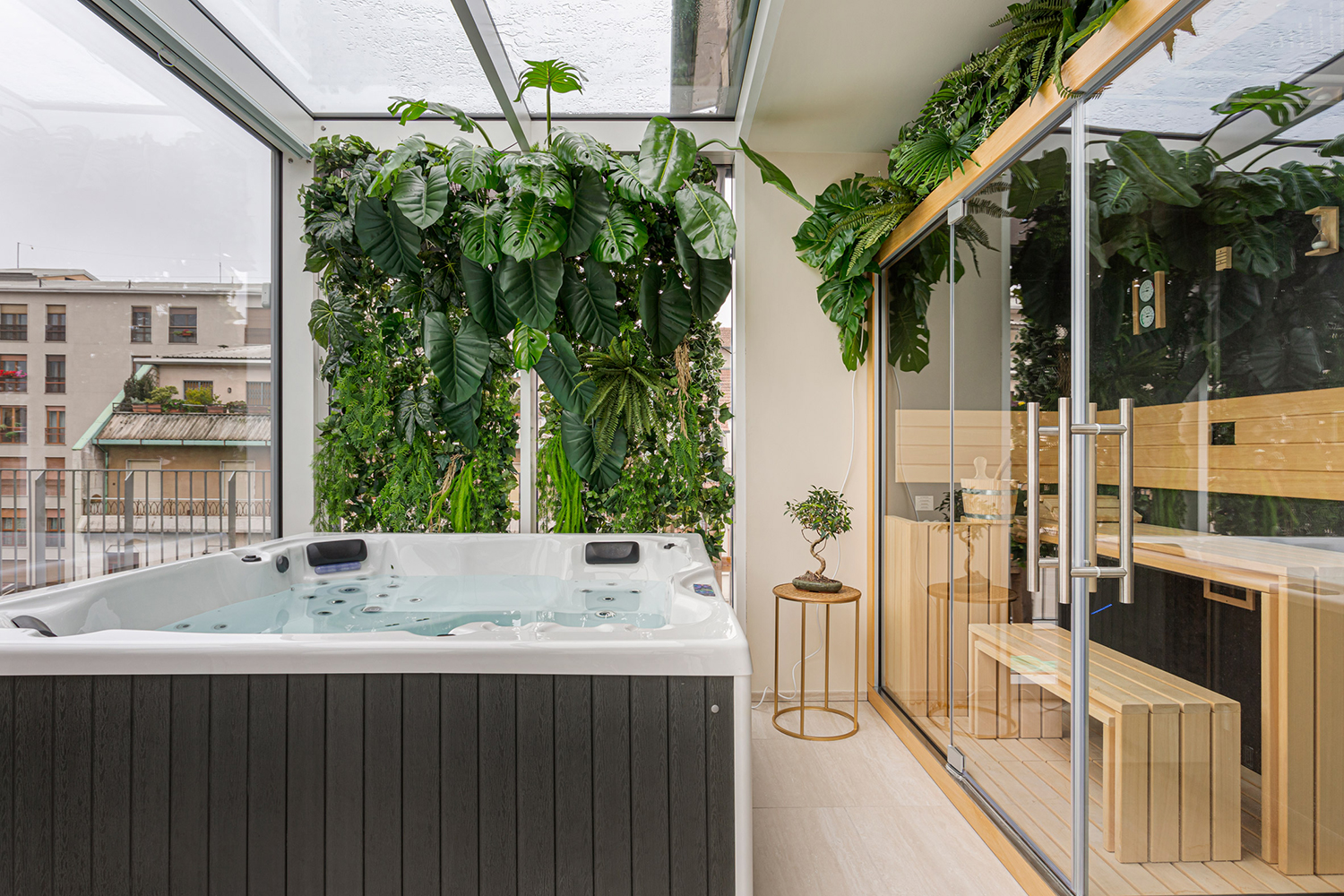 “There is a lot of competition on socials, and when we talk about teenagers we talk a lot about the importance of being unique, because beyond fashions and trends we believe that socials are important means of expression for them. For this reason, the house tries to be unique in its imagination too. Introducing Memphis, colours and patterns is an opportunity to stimulate them not to be like others,” Giuseppe Greco concludes. 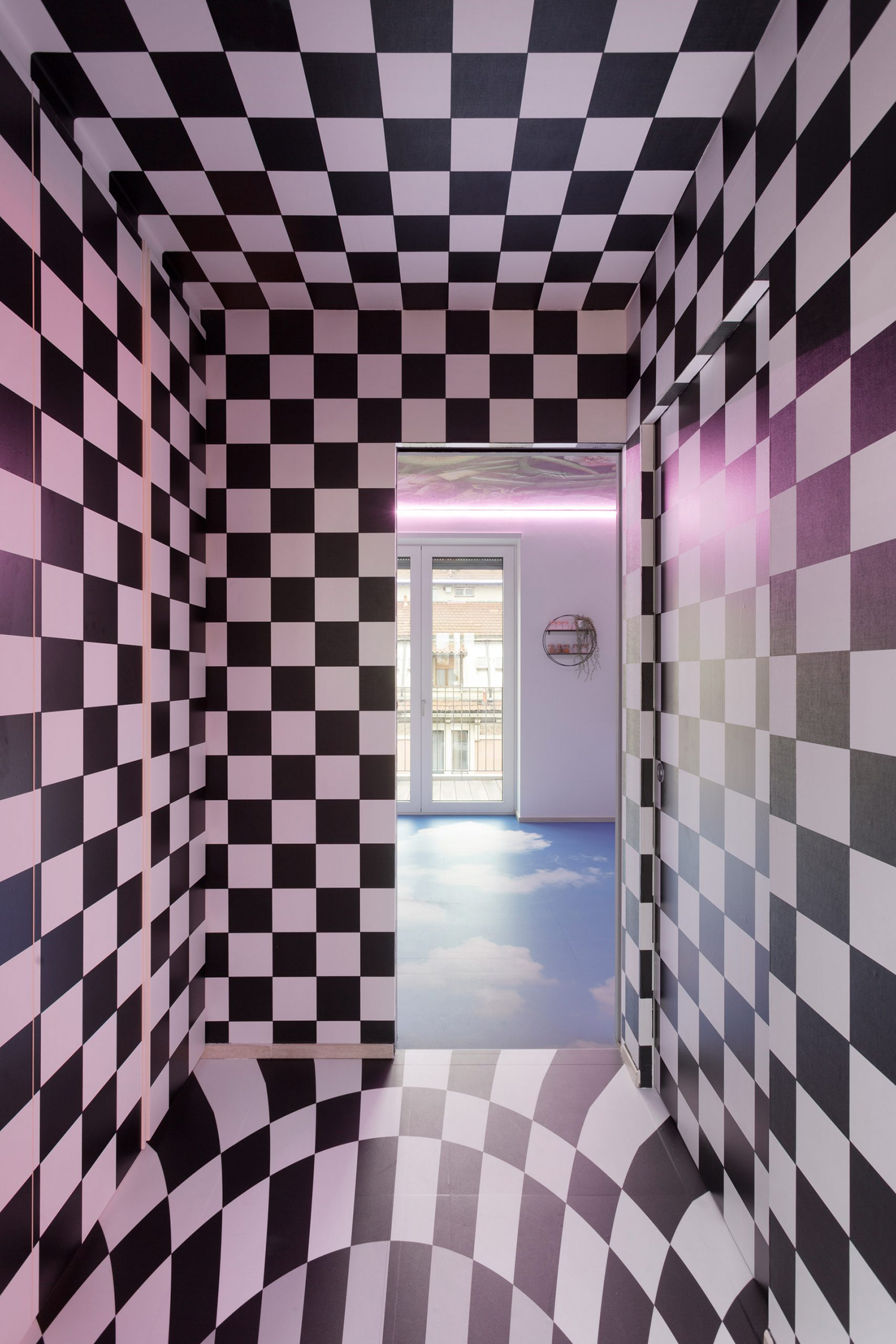 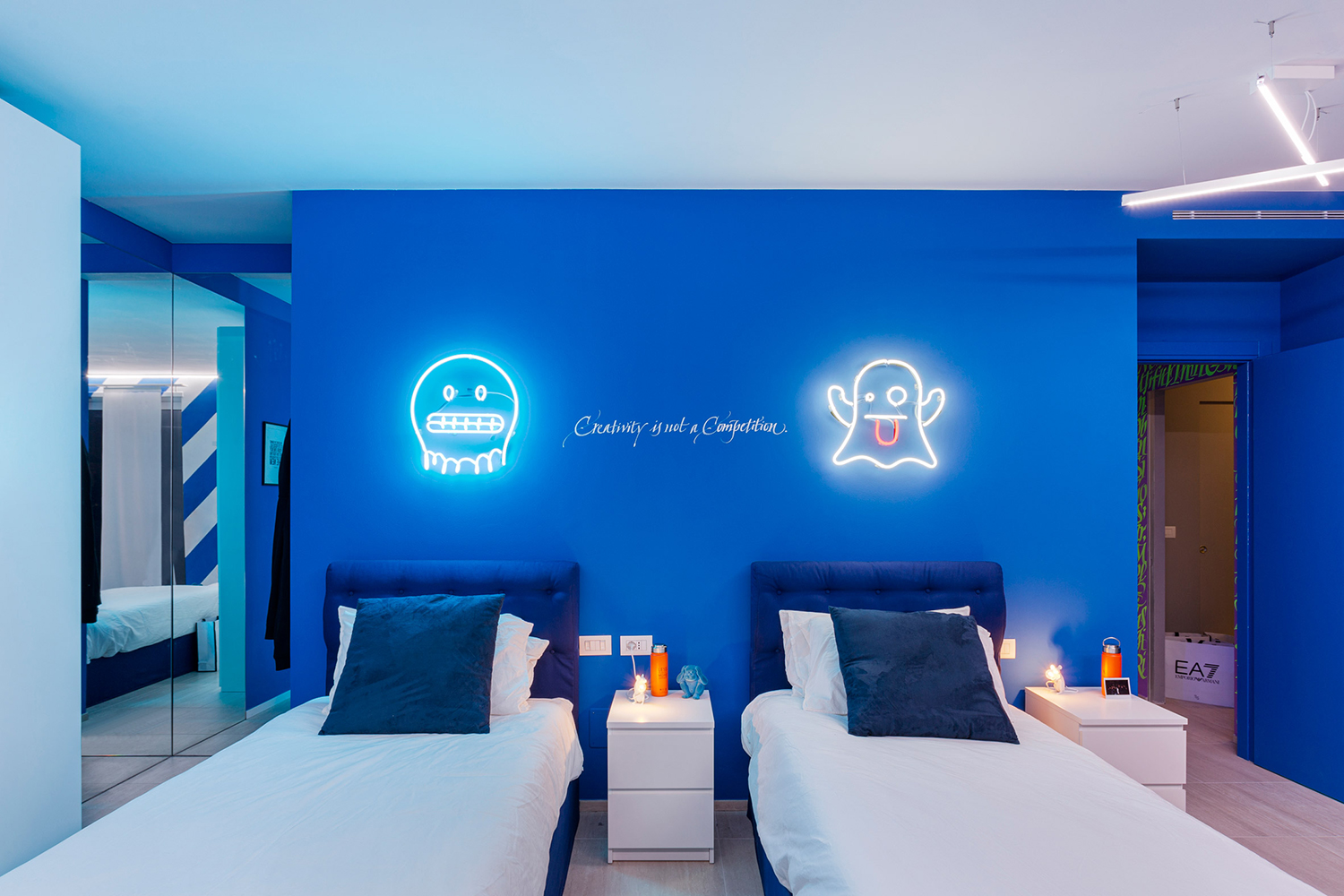 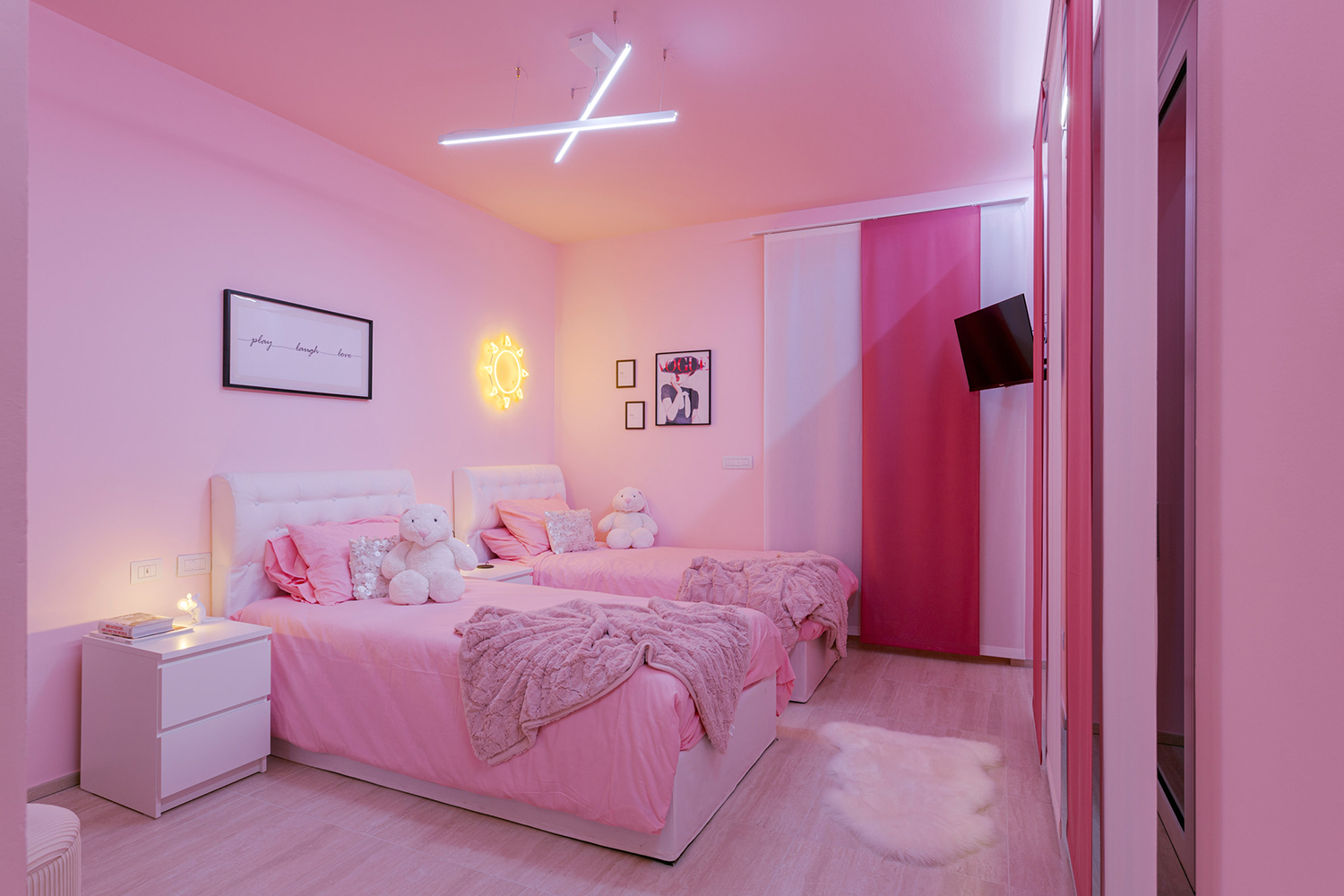 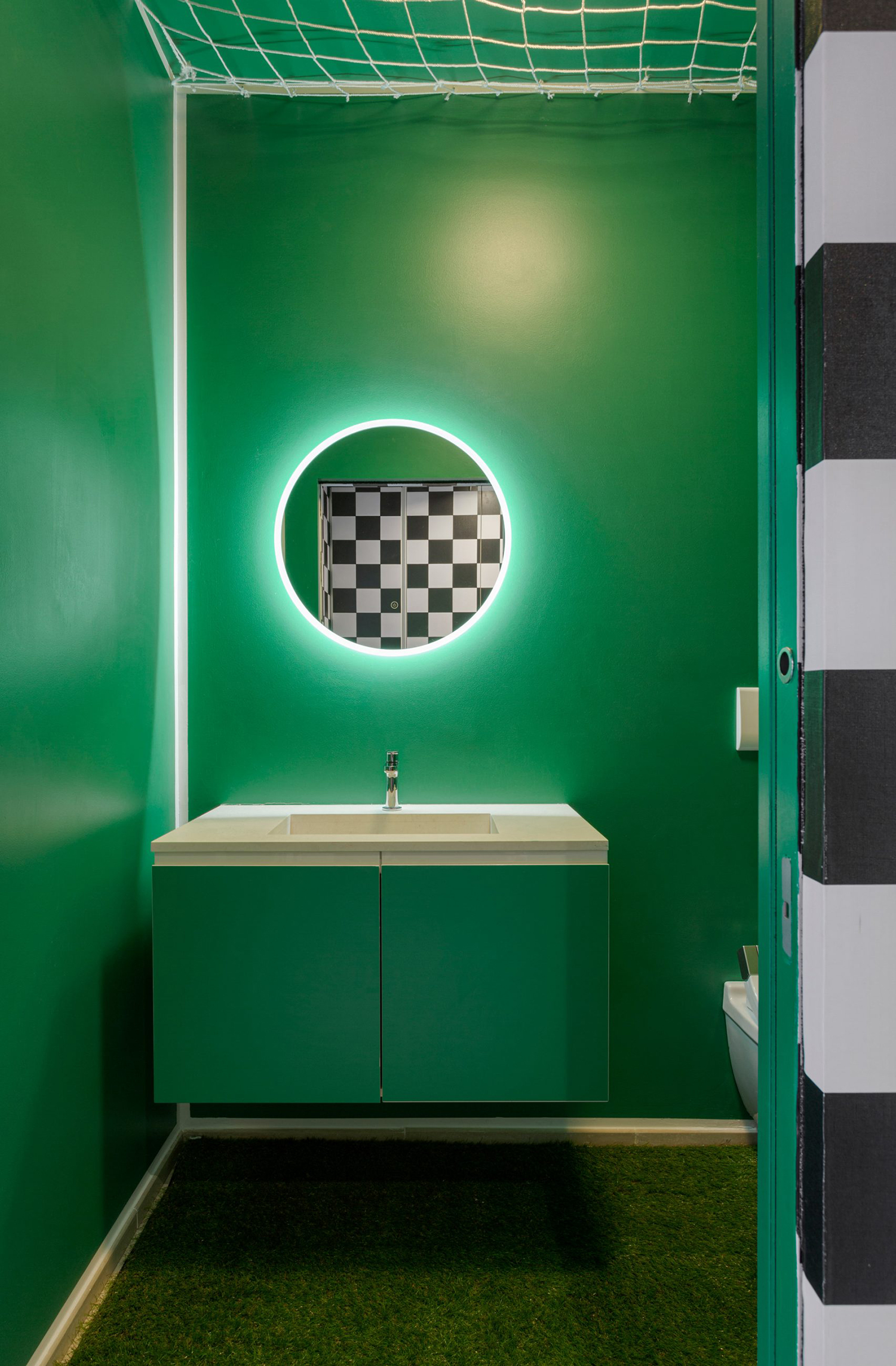