Architecture studio Foster + Partners has revealed its design for four skyscrapers called Lusail Towers in Qatar near the studio’s Lusail Stadium, which is being built for the 2022 FIFA World Cup. Designed to be the headquarters for Qatar National Bank, Qatar Central Bank, Qatar Investment Authority and Qatari Diar, the towers will be built in the new development of Lusail City to the north of Doha.

The project also seeks to create a new downtown district that is sensitive to the climate and linked to a new transportation hub. The towers are part of a larger masterplan also designed by Foster + Partners, which includes an 80,000-seat stadium that will host the final of the 2022 World Cup in Qatar. 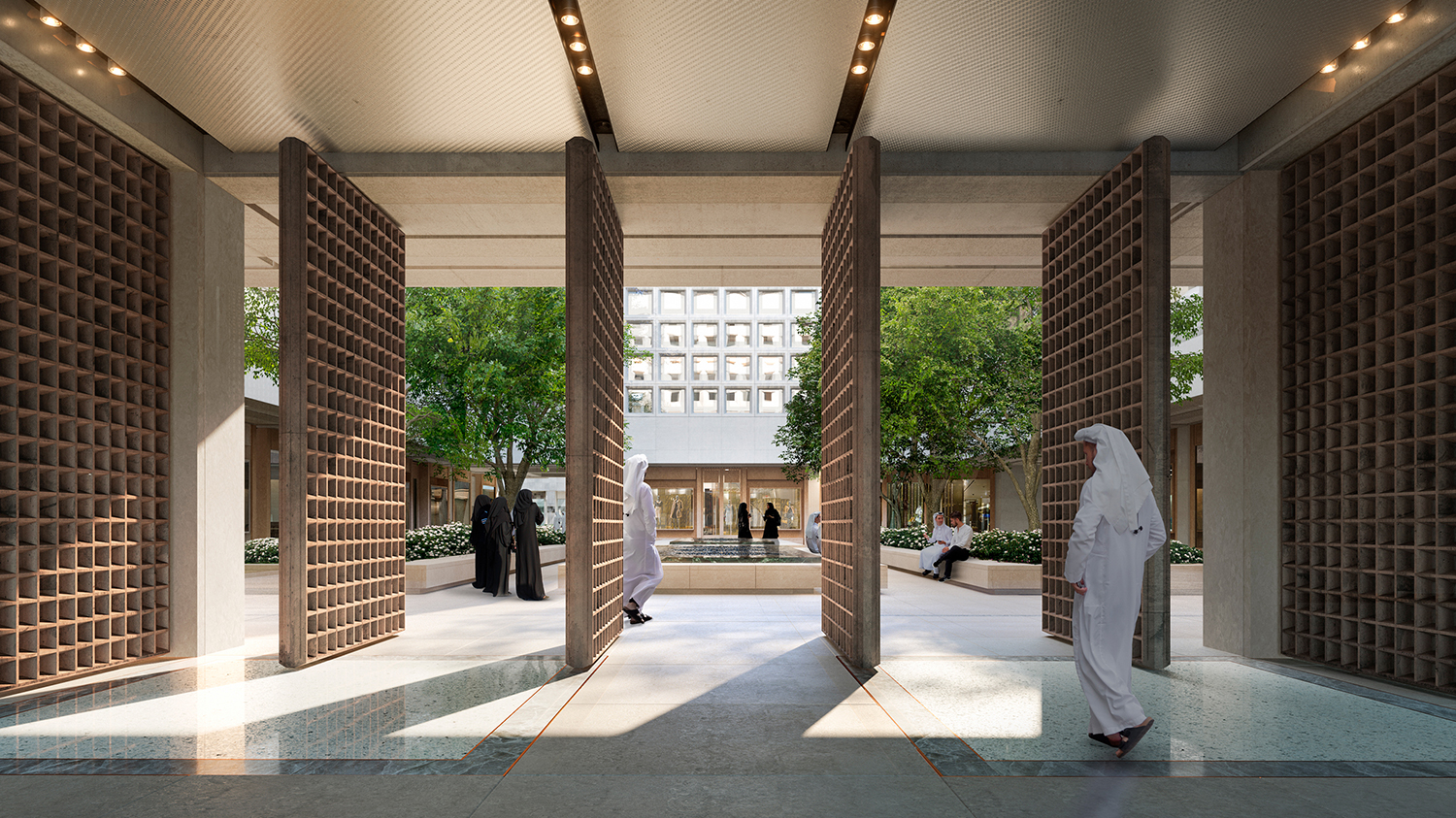 “Projects associated with major sporting events leave no room for delays,” said Jonathan Parr, Senior Partner, Foster + Partners. “We knew from the beginning that to meet the challenges and the complexities of the project, we needed to approach the project differently, using technology to maintain consistency in the information flows across different disciplines.”

Located at the end of the grand boulevard that links the new football stadium to the corniche, the two taller towers stand at 70 storeys, while the other two are 50-storeys-high, all arranged symmetrically around a central plaza. 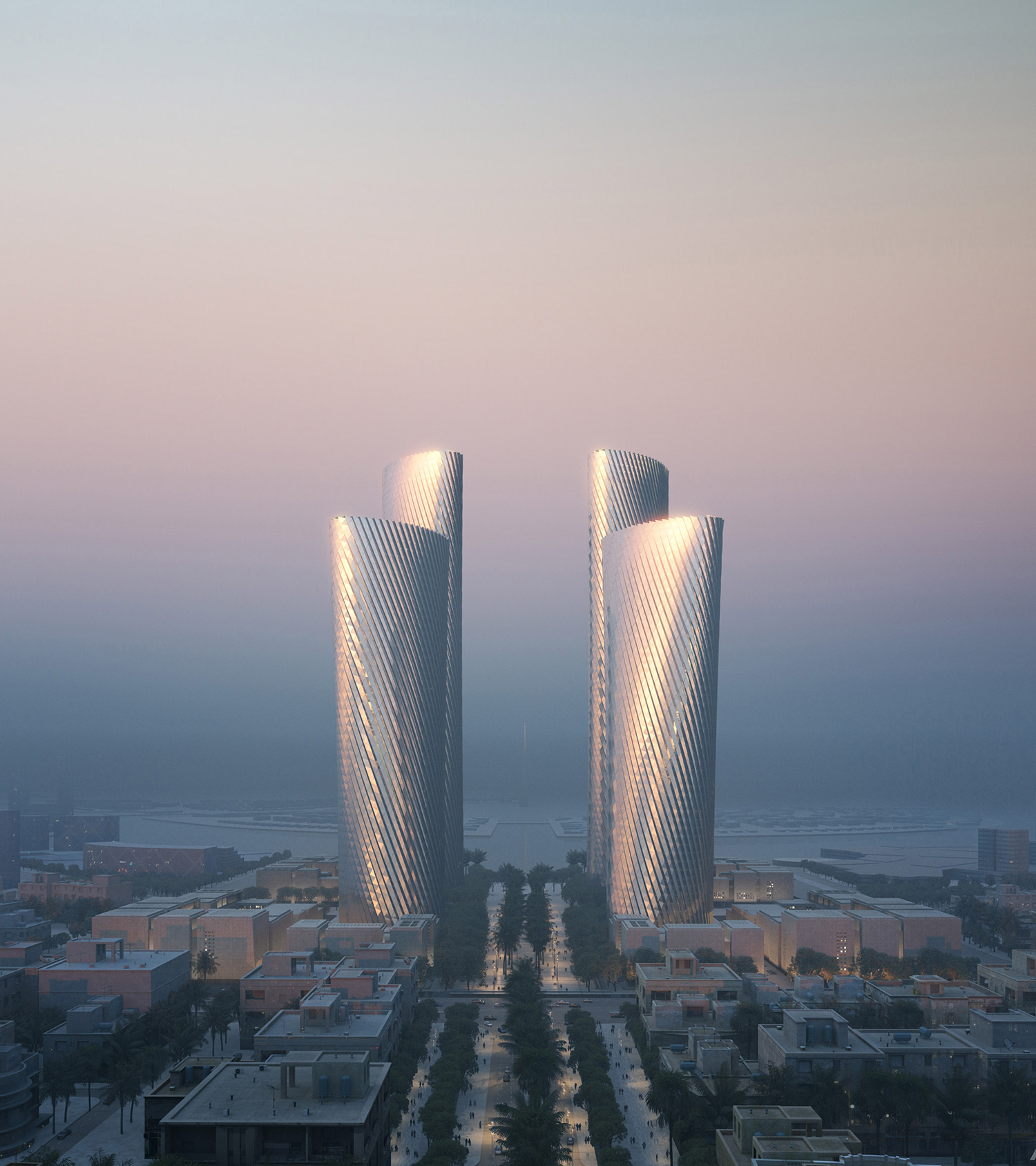 “The elliptical footprints of the towers morph through 90-degrees as they rise up, gently shifting the viewing axis outward and offering stunning views of the surrounding city and waterfront,” said Roger Ridsdill Smith, Head of Structural Engineering at Foster + Partner. “The structure remains symmetrical in plan through this morph, and comprises a central concrete core surrounded by sixteen inclined columns around the perimeter, to create the unique geometry of the design. Wind tunnel tests were carried out early in the design process to inform the optimisation of the structure.” 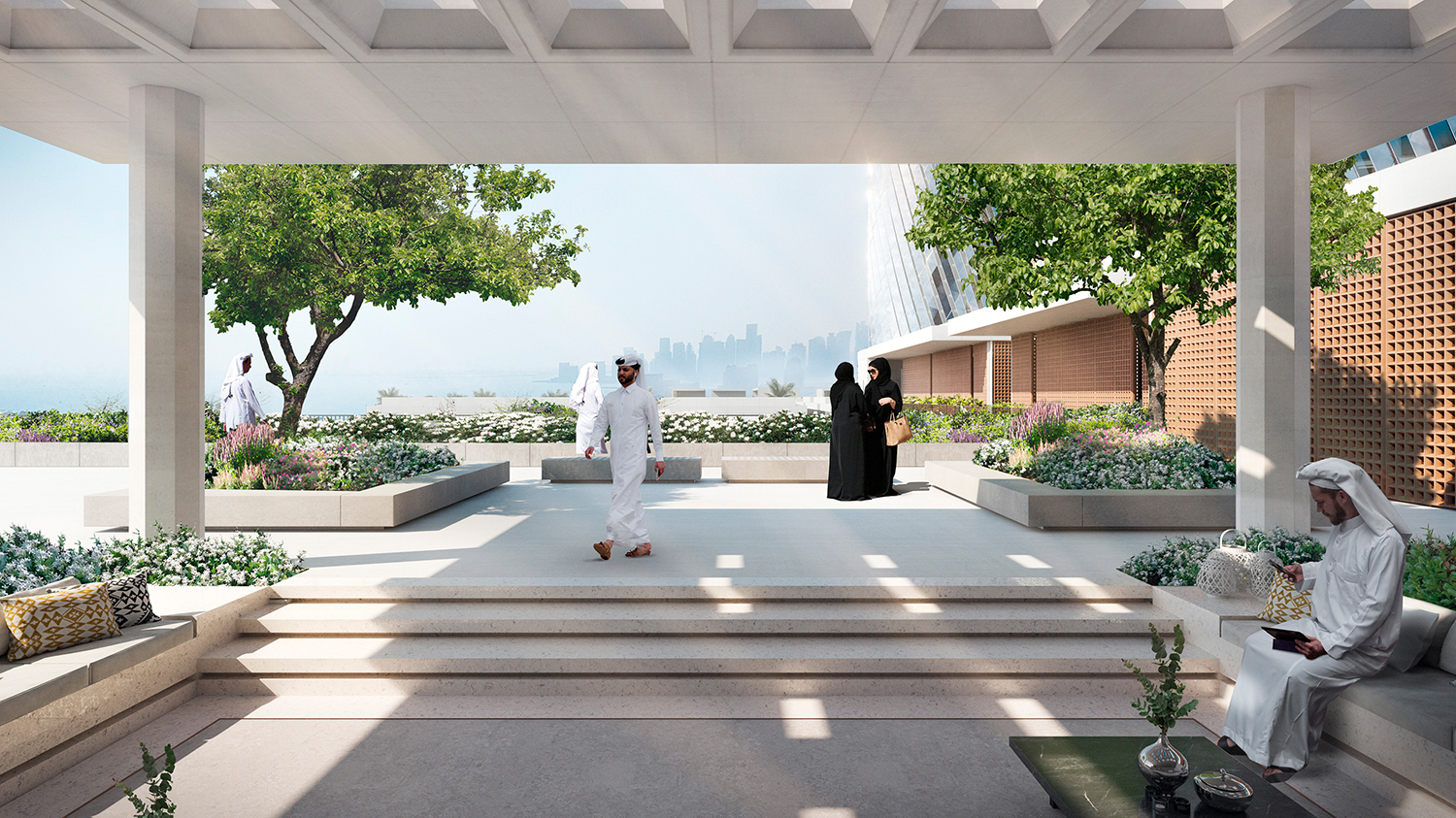 The tower façades – clad in marine-grade aluminium – are designed in response to the sun with projecting profiles that wrap around the building, shading the glazing from the harsh sun, while preserving views out and daylight. “Environmental design was a key driver in the design. The morphing form was based on numerous studies and options with the aim of limiting solar exposure,” said Piers Heath, head of environmental engineering at Foster + Partners. “The twisting shading fins were then developed to offer an optimal outer solar shade, along with an inherent reduction in exposed glazing.” 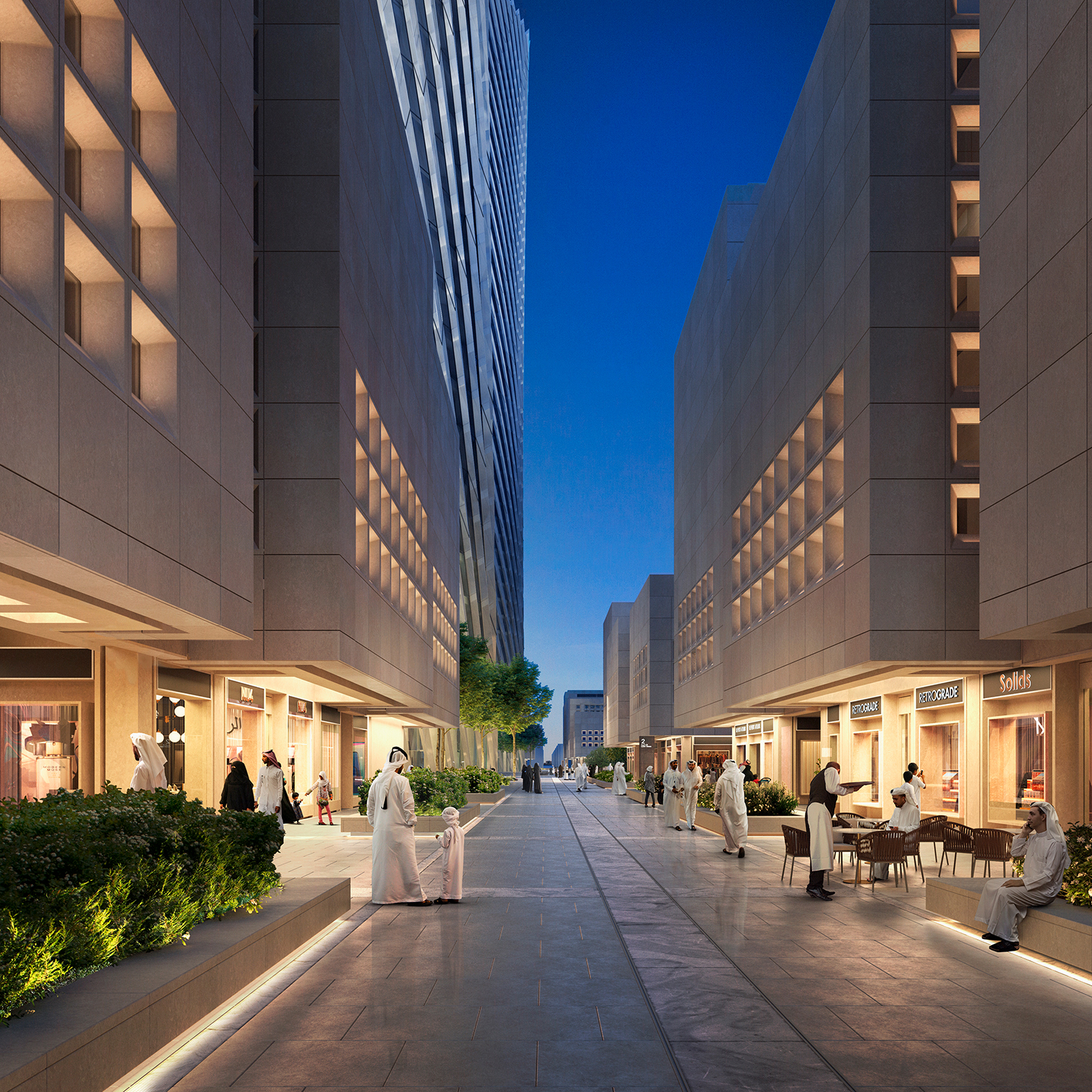 At the base, several podium buildings surround each tower, with shops, cafes and restaurants that help animate the public realm. These buildings feature moulded concrete panels, giving the buildings a high thermal mass, with minimal punched windows that reduce the amount of solar heat to the interior spaces. 20% of the site is covered with lush but drought-tolerant landscape, where more than 70% of the species are native. Inspired by the learnings from the region, the narrow human-scaled streets and shaded terraces create an inviting public realm at ground level, with the building blocks arranged around courtyards that capture cooling breezes.