Along a small secluded rocky cove seemingly hovering just above sea level on Greece’s Serifos Island, Mold Architects completes its underground NCaved house. The need to create a protected shelter, at a location of disarming view, but openly exposed to strong north winds, led the studio to the decision to drill the slope, instead of arranging a set of spaces in line at ground level.

Mold Architects applied a rectangular grid to the slope to produce a three-dimensional “chessboard” of solids and voids. This strict geometry is discontinued with the rotation of the last axis of the grid, which provides the living area with ampler view. Shifting the axis intensifies the sense of perspective significantly, and thus the imprint of the residence appears minimized at the conceptual end of the ascent. 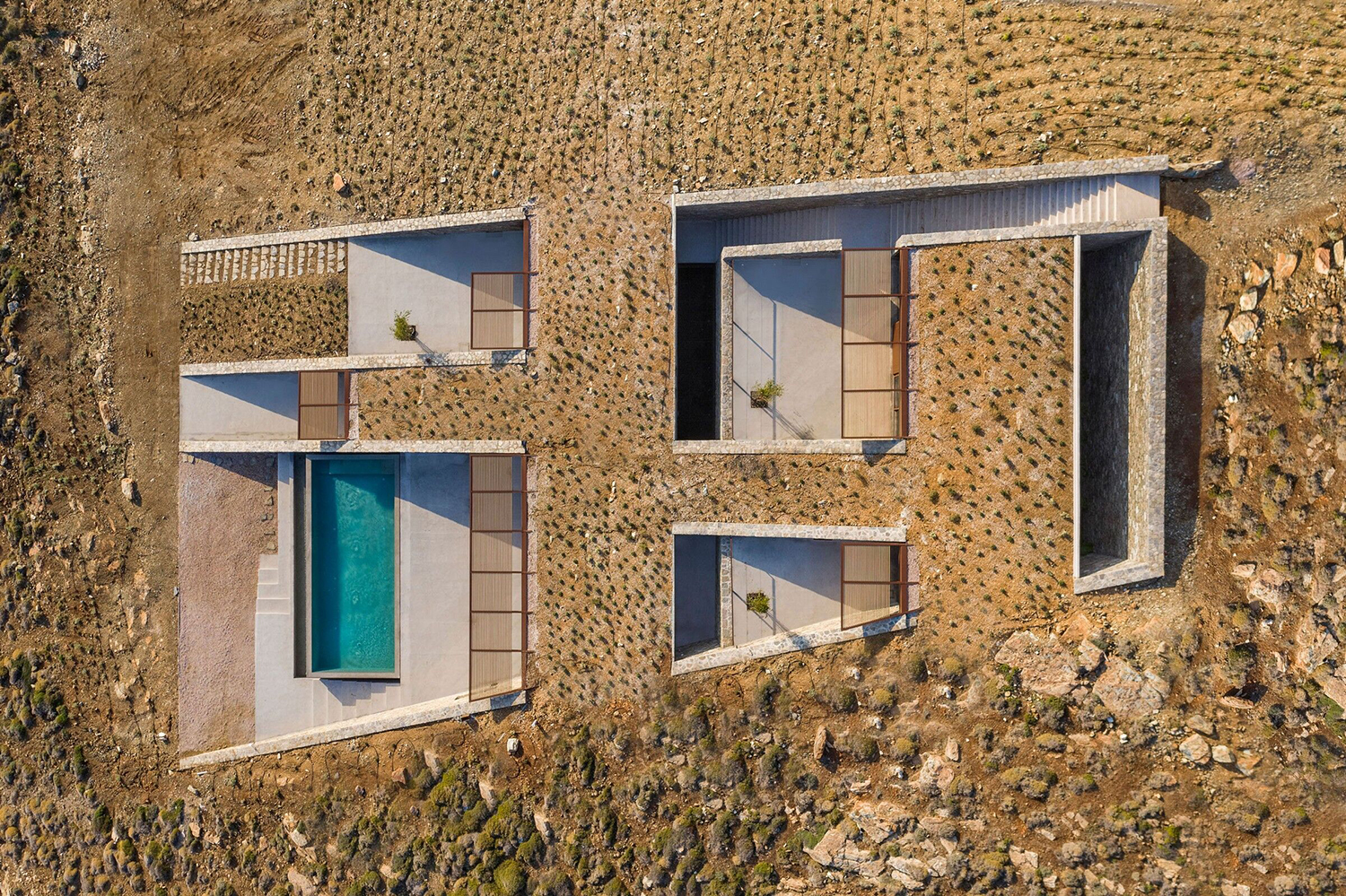 Longitudinal walls of dry stone create the vertical borders, which lead the visitor’s gaze to the horizon line. In contrast to the sturdy stone walls, the transverse facades are light, made of glass and can open along their entire length. The front is fully open to the east view, while the rear windows frame indoor gardens, enhancing the air flow and letting light into the residence. 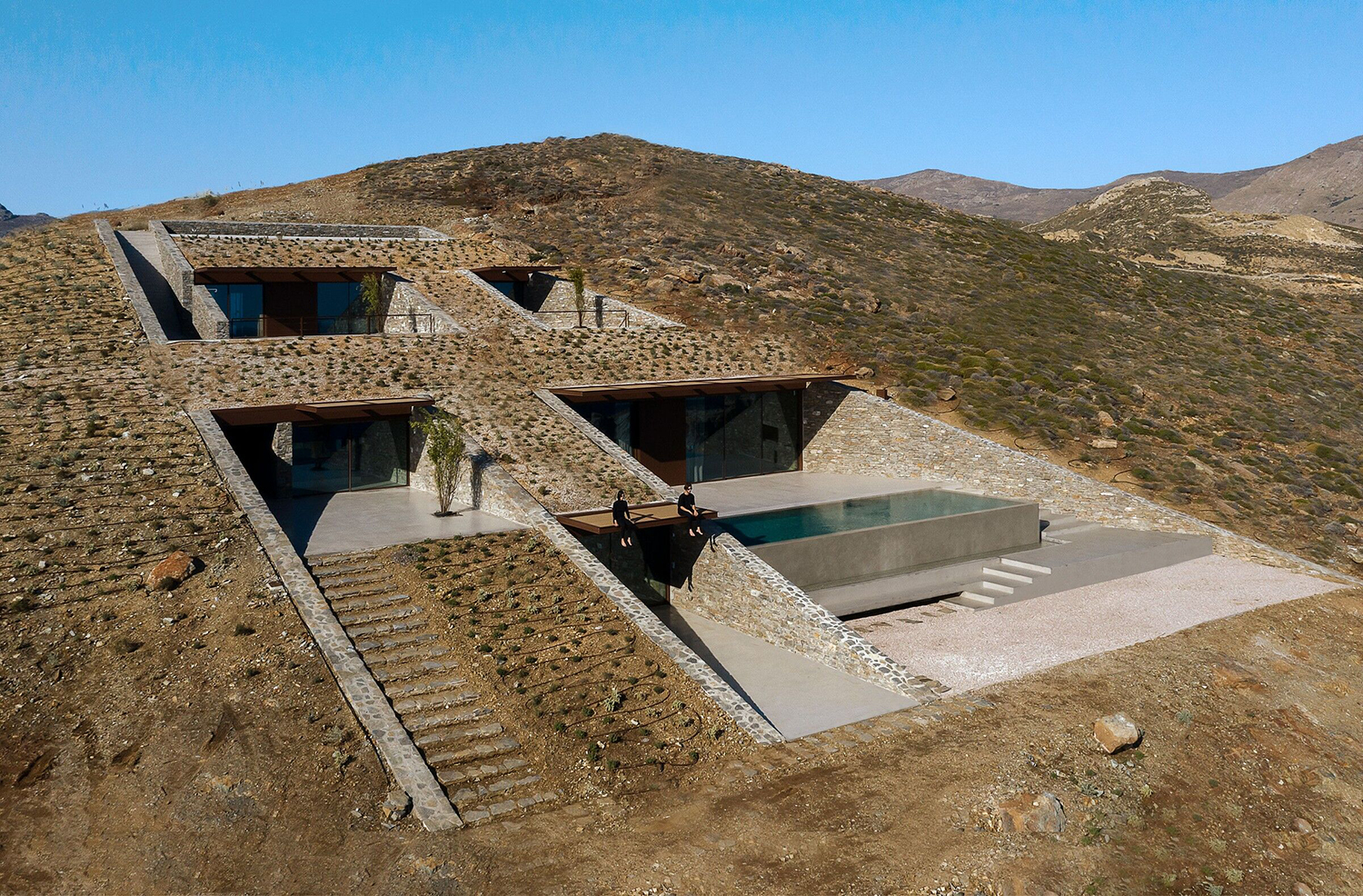 An in caved staircase connects the three levels externally and leads to the main entrance, located at the living room loft. This smooth descent into the interior of the house slowly reveals the initially hidden spaces of the house, while framing a two-sided view — a visual outlet to the sea during the descent, an outlet to the sky during the ascent. 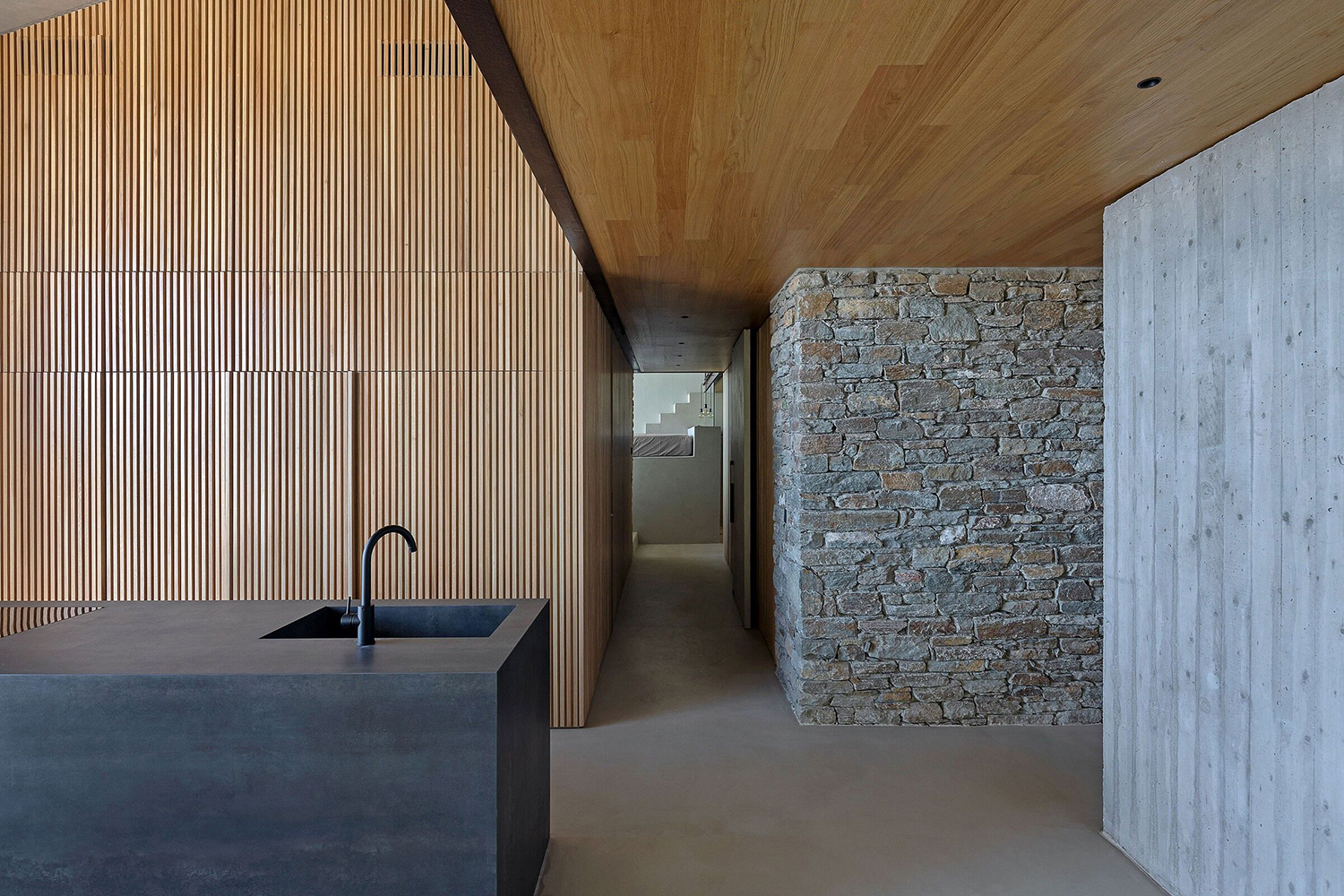 The in-caved areas, or ‘negative’ spaces, result from the severance and removal of the rocky earth. The design team comments: “This rough feeling of a natural cavity was what we aimed to recreate with our choice of materials and color palette. Stone, exposed concrete, wood and metal are used with precision to create coarse inner shells.” 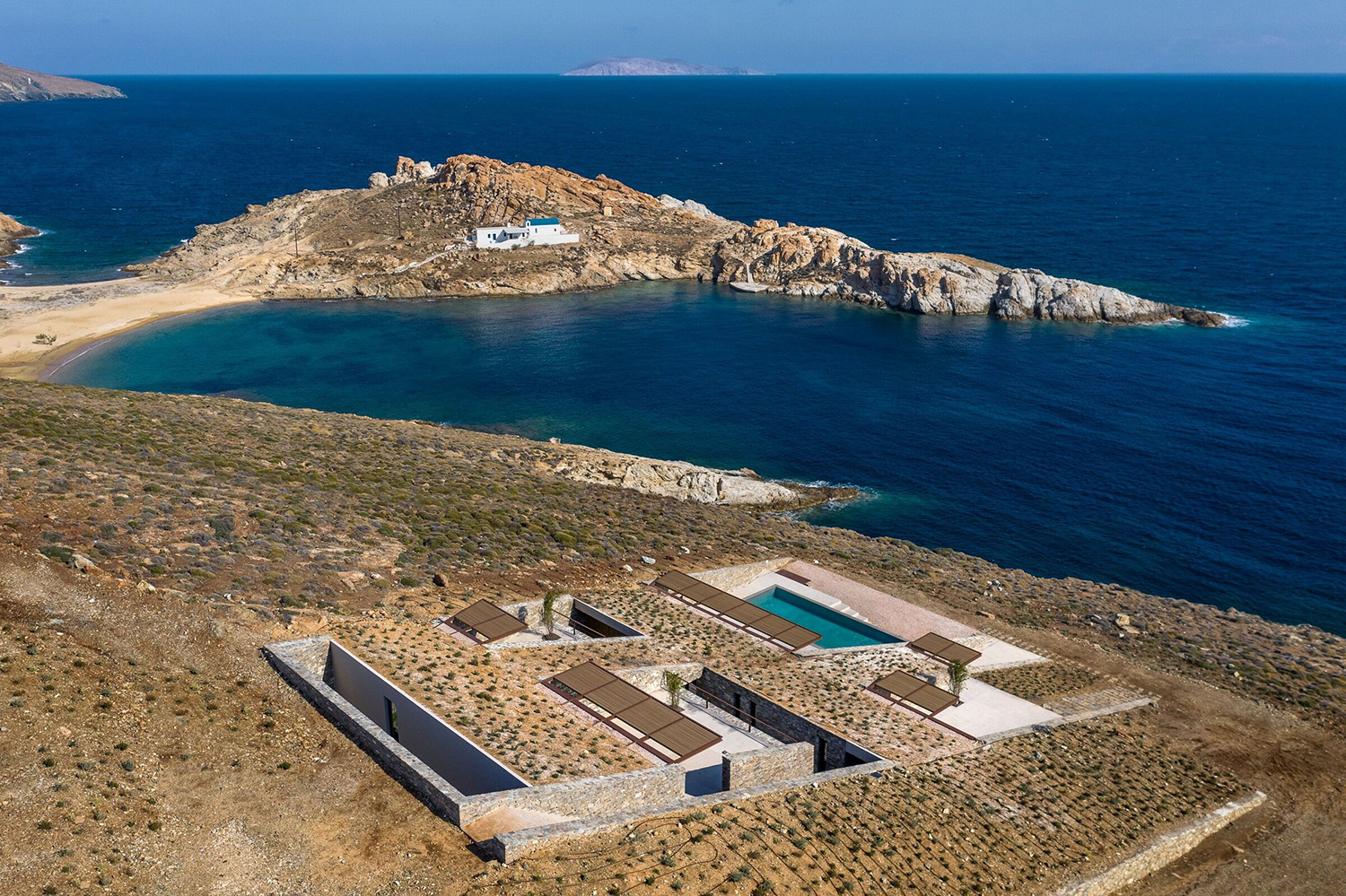 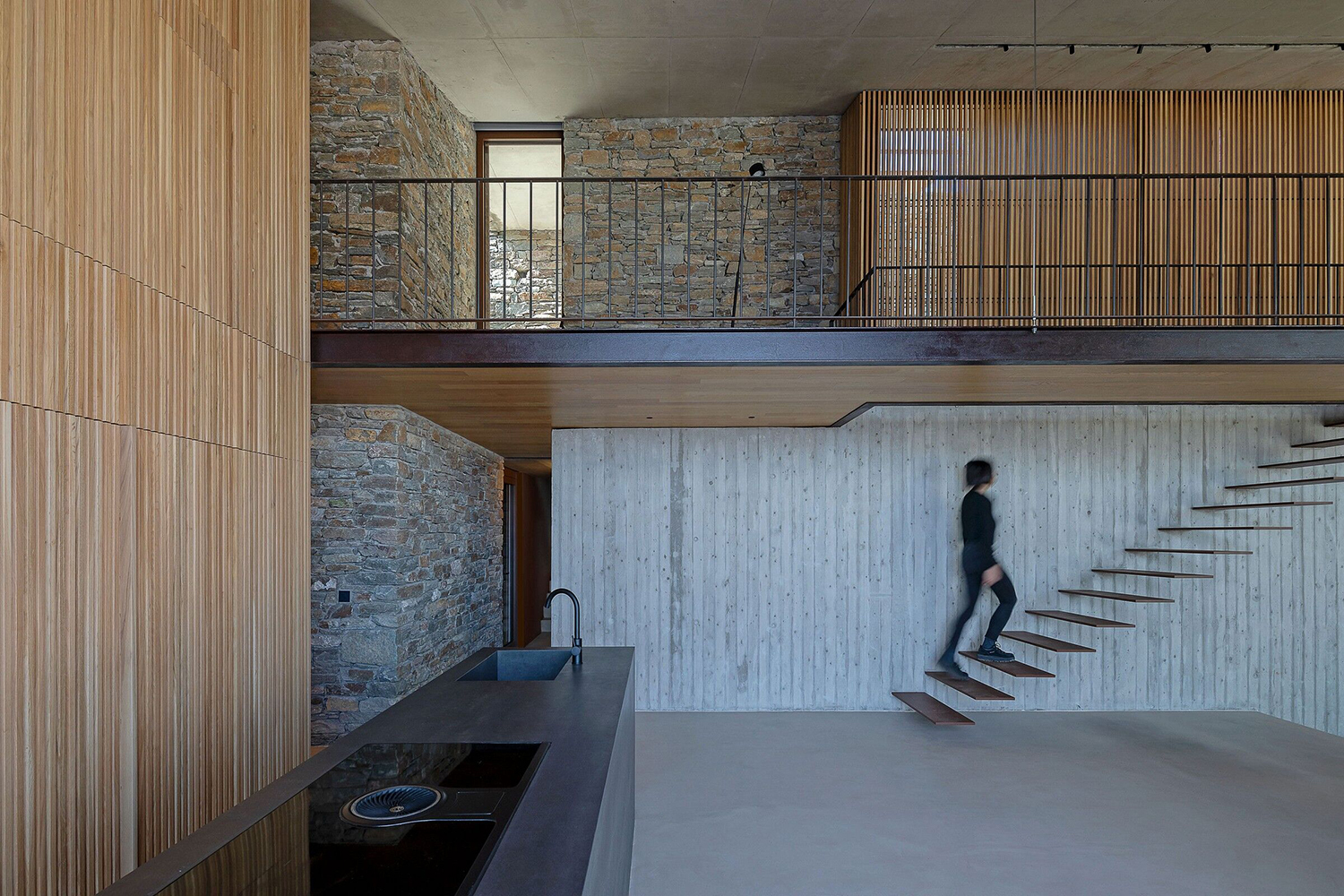 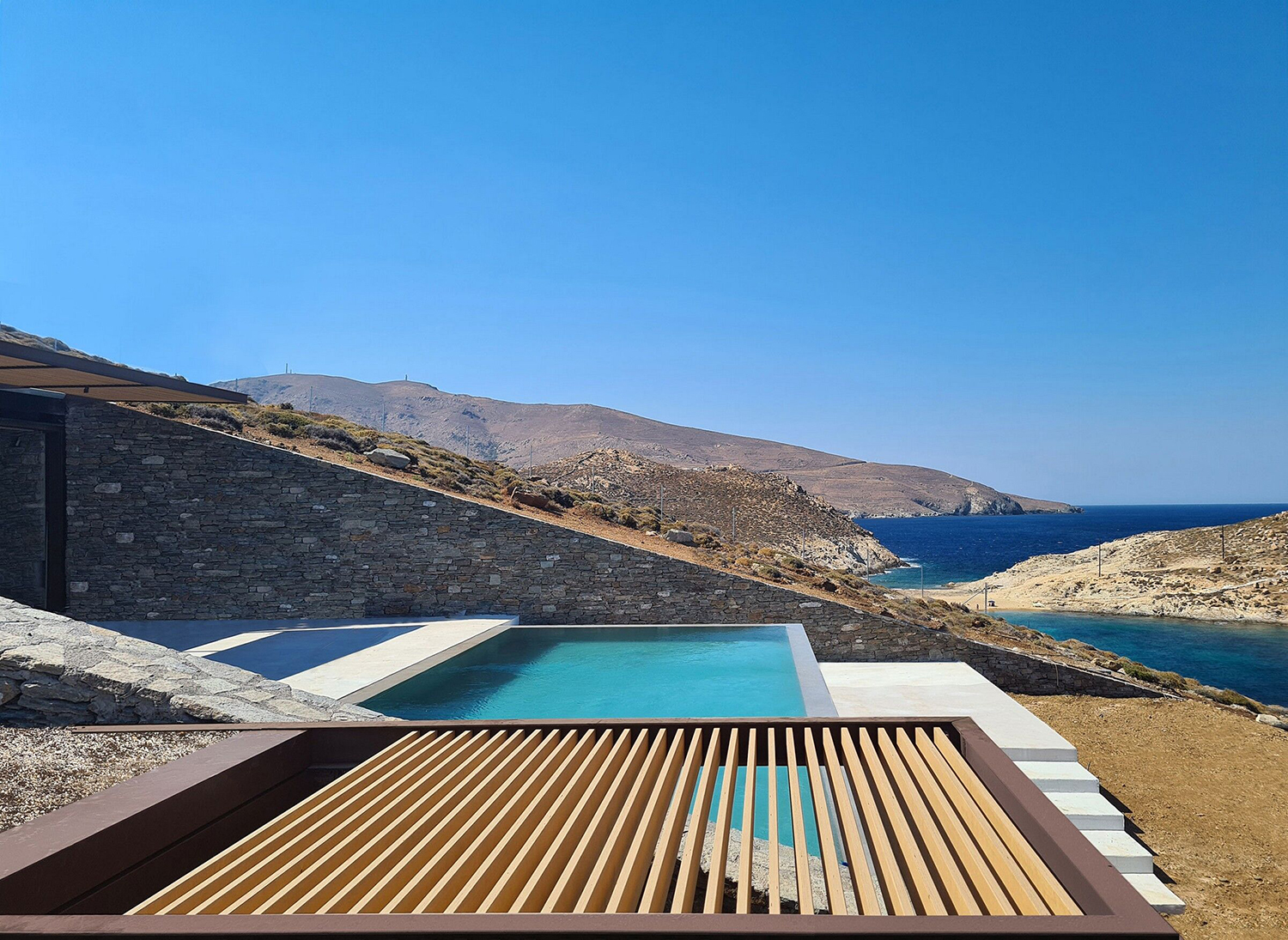 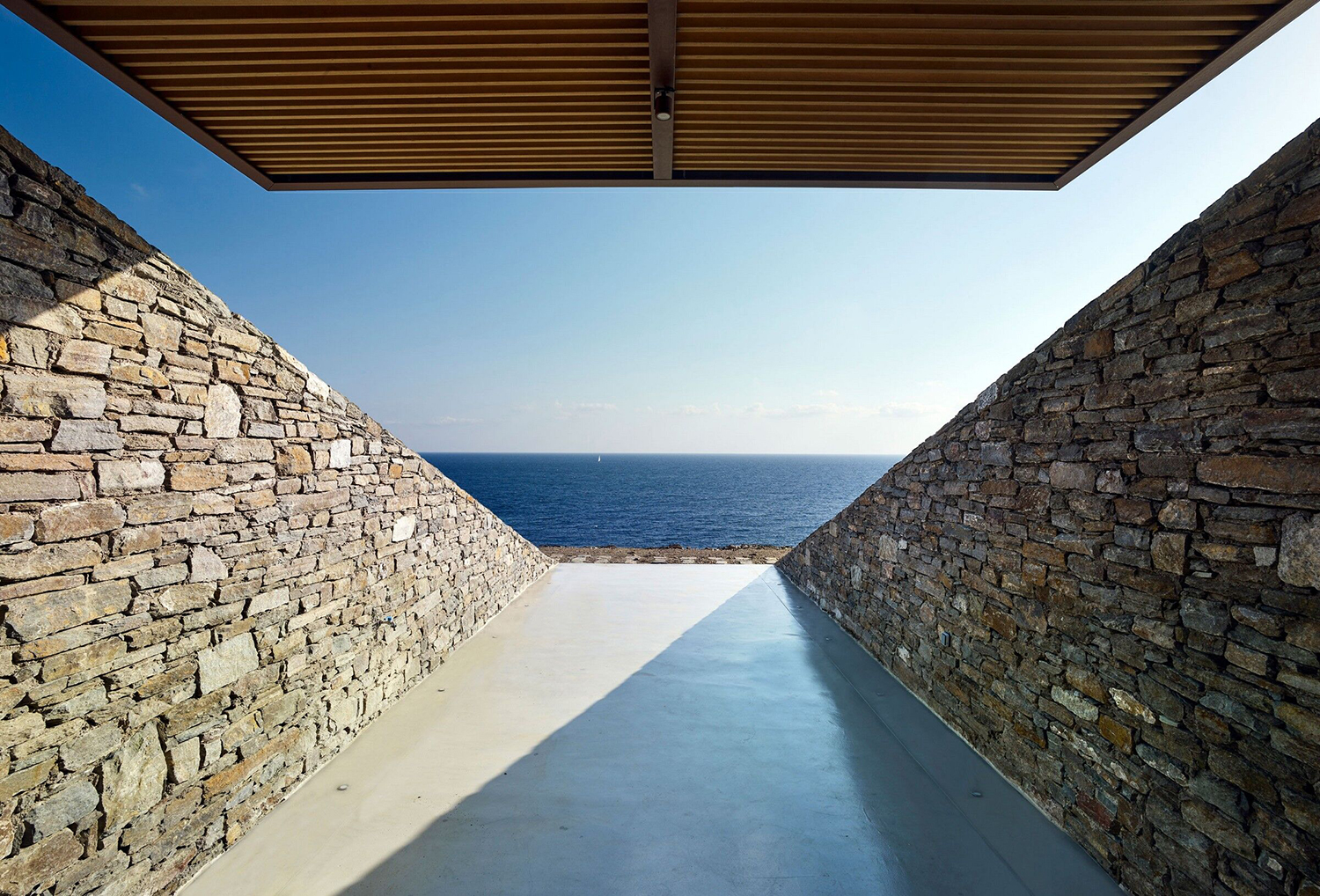 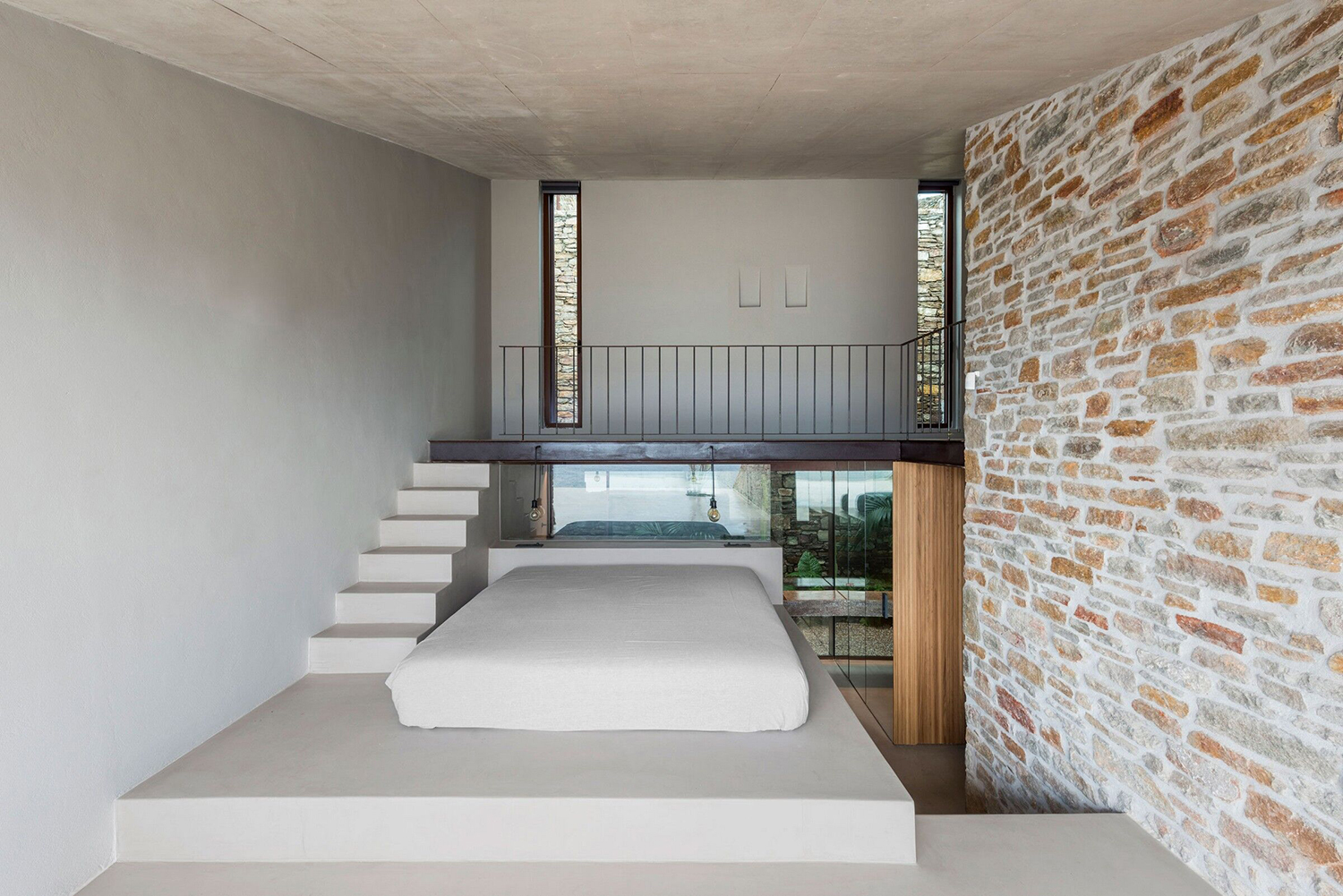