Valencia-based architecture studio Masquespacio unveils its last project for the University Residence Resa San Mamés, located in the new Terminus Bilbao. The project started previously when the Greystar Group – Resa, leader company specialized in student accommodations, commissioned Masquespacio to develop the visual strategy for their future residences with the aim to obtain a uniform aesthetic for the new openings. After developing the brand manual Resa requested Masquespacio to design their second venue in Bilbao. 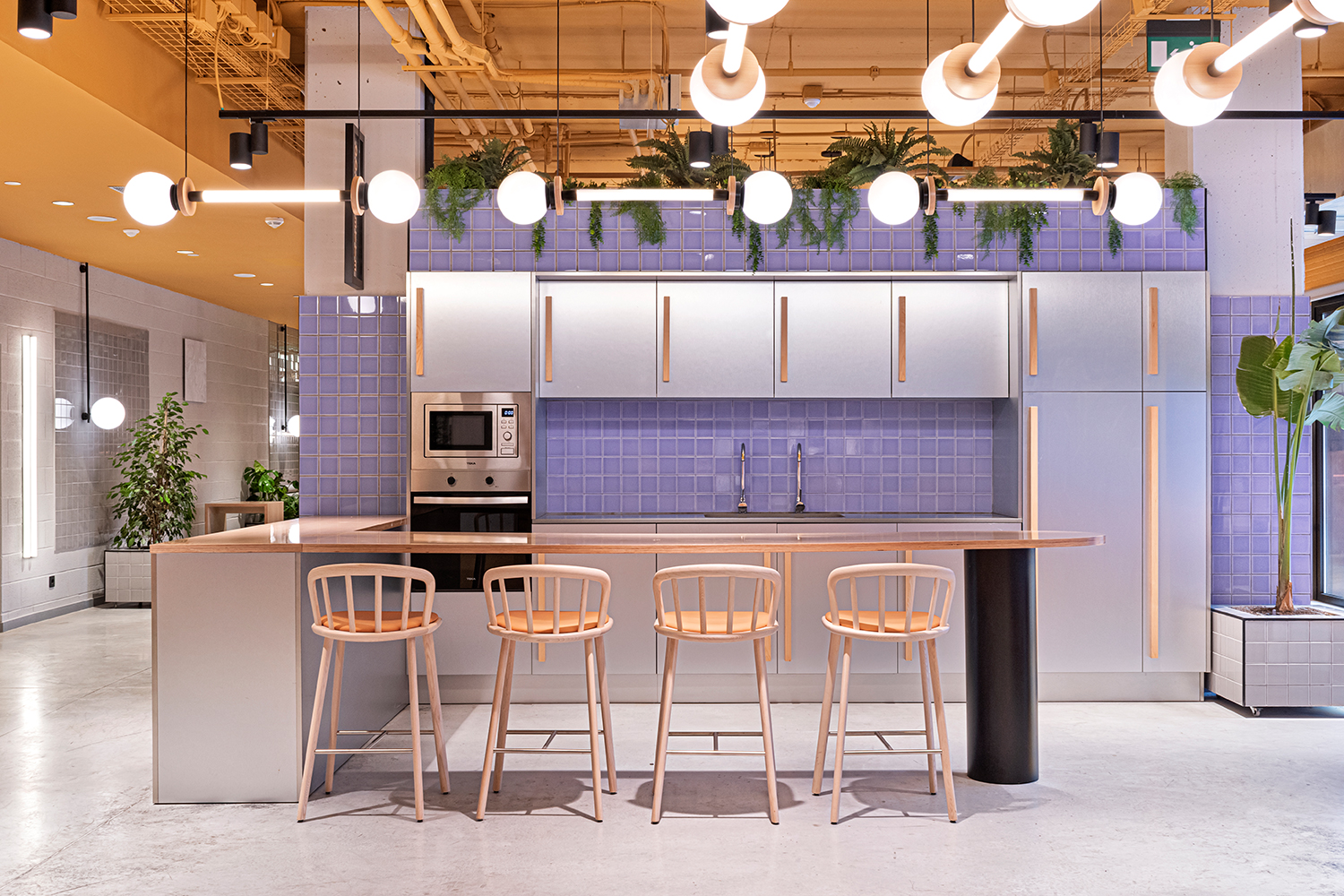 “During the development phase of the brand manual next to the definition of the visual strategy we sought to establish the essence of Resa’s residences,” explains Christophe Penasse, co-founder from Masquespacio. “During this investigation it was clear that it was important to augment the possibilities for the students to share experiences as a ‘community’ in this new space.” 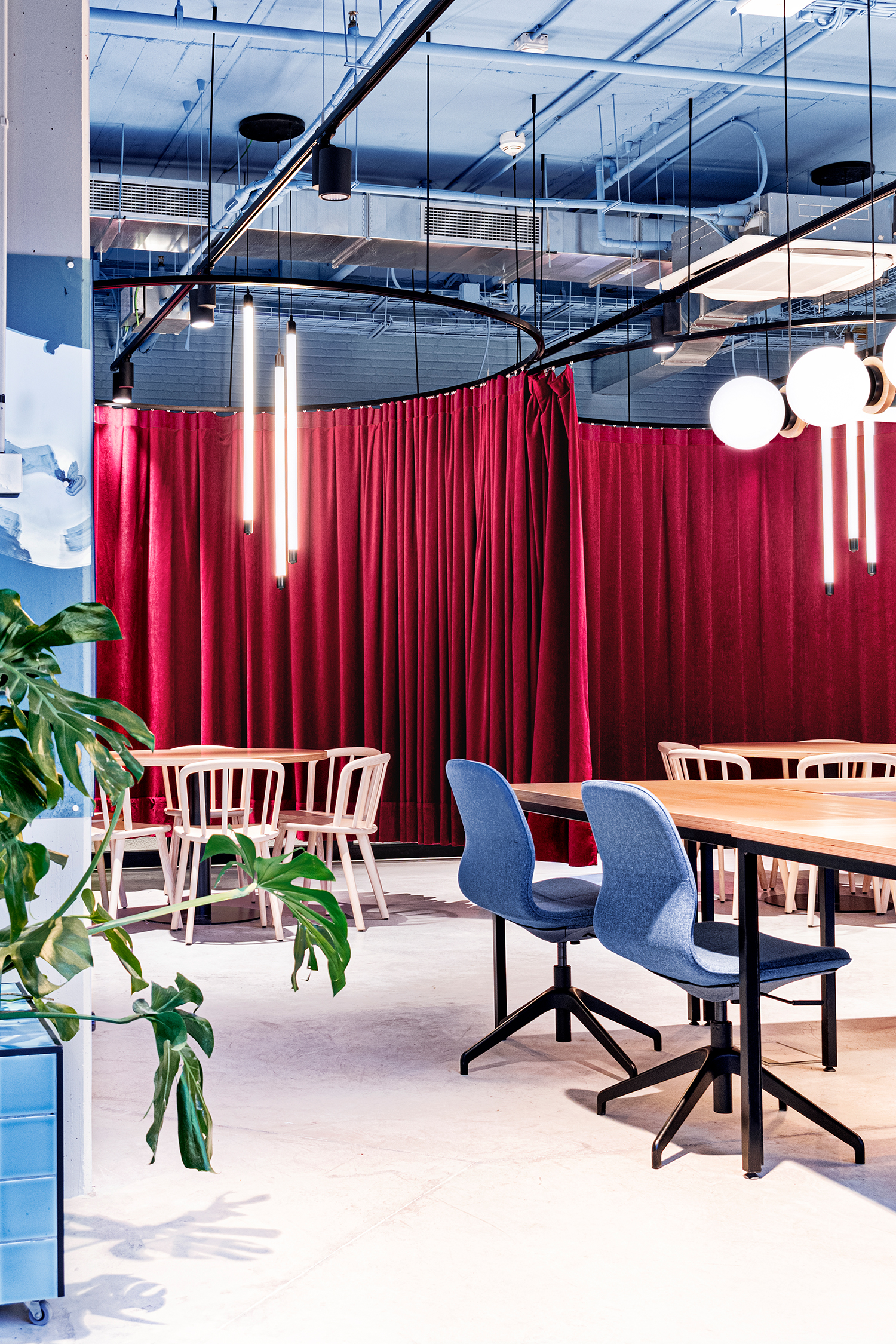 Hereby a diaphanous layout was created in which the different zones are connected between each other. Above some zones like the study rooms include flexible glass walls that can be closed to maintain the room in silence or organize events unrelated to the other spaces in any given moment. 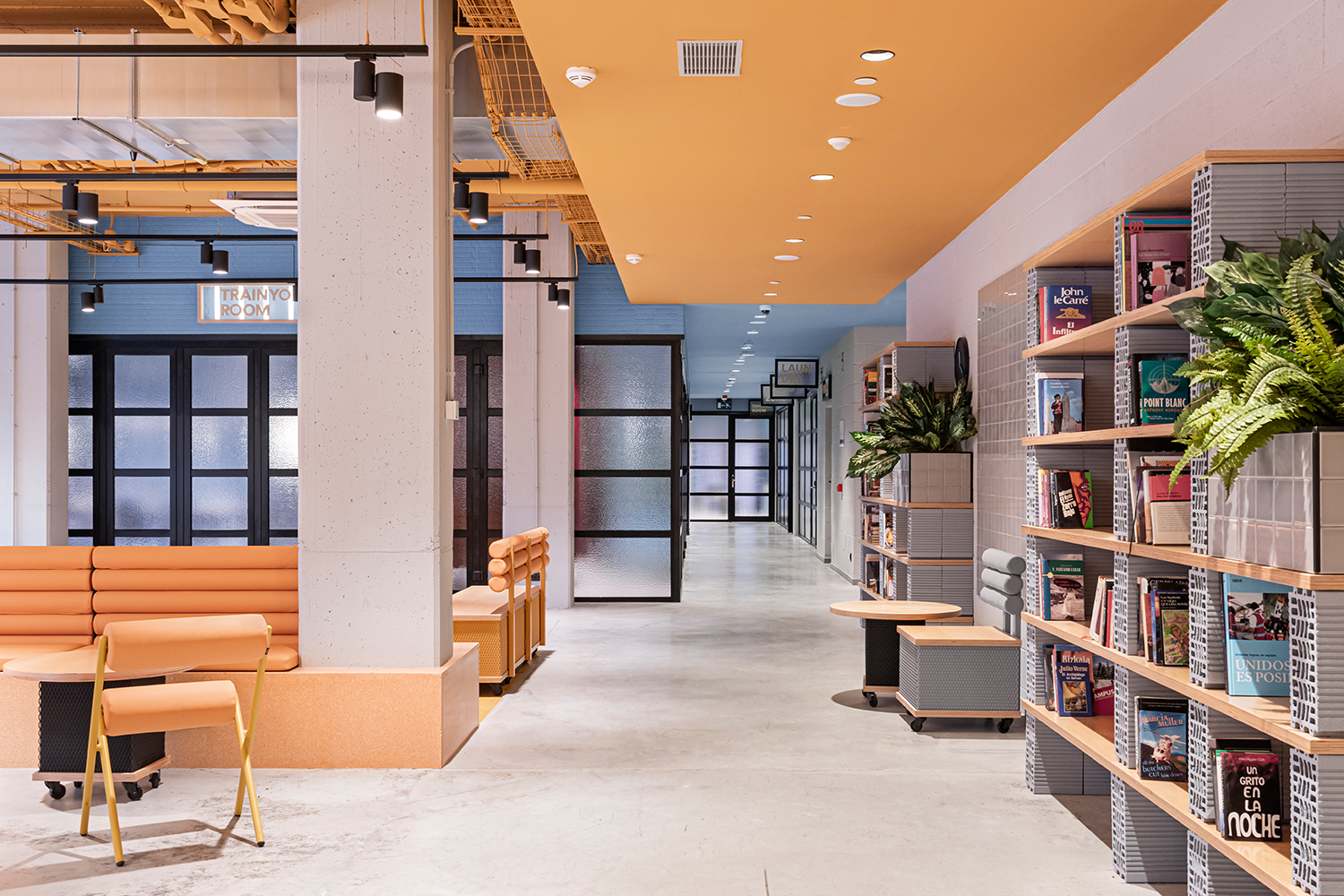 Concerning the design, the project started with a clear definition to search for creative solutions that could adapt to a limited budget. For this reason, Masquespacio got involved at the early construction phase of the building, selecting the finishes for the walls like the original bricks and concrete floors to avoid the installation of additional materials, next to the decision to maintain all the pipes visible. This way a contemporary and industrial look was created with a touch of color that transforms Resa San Mamés in a vivid and joyful place. 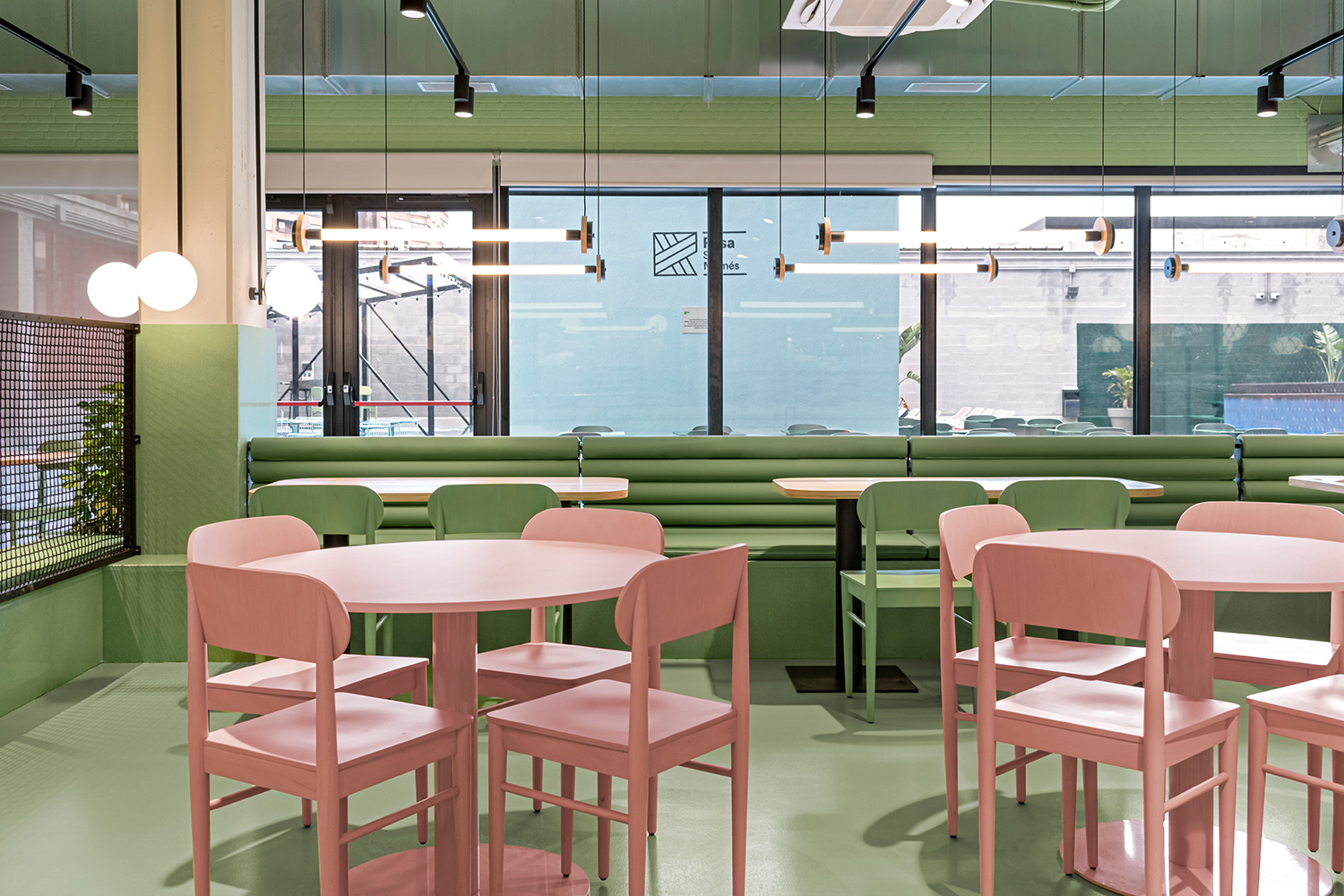 “Using the technique of color blocking we obtained a strong visual impact for the space and at the same time we could create a clear distinction between each zone in this open space,” adds Ana Hernández, creative director from Masquespacio.

Last, to be highlighted, is the design for the terrace for which the color blocking was used again both for the flooring and the walls as well as on the furniture to create the same strong visual impact for the outside.