Ateliér Lina Bellovičová has recently designed an ecological winter retreat and photo studio in the isolated Czech countryside. The client loves nature and forests. Before having children he led a life of a modern nomad. He owned a site in the middle of the woods and always dreamt about building a cabin there. During winter he used to live in the city and in spring he relocated to his parents’ cabin nearby the future building site of the house LO. 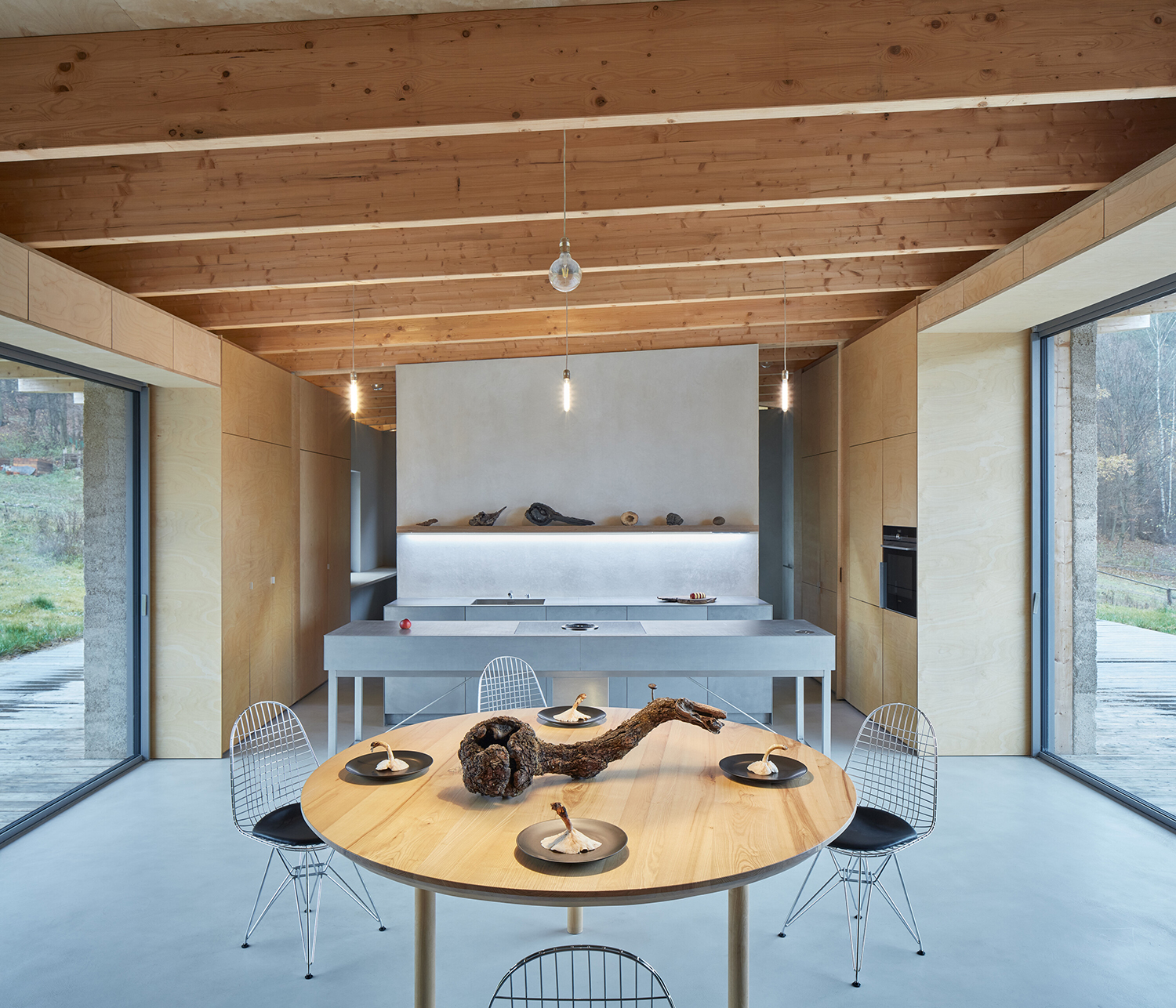 He wanted his house to be connected to the surrounding nature, to be ecological, and to have his own photo chamber there, to spend his winter evenings developing his photos. He also had a clear idea about the building material. As hempcrete has never been used as a building material in the Czech Republic, it was a great challenge for me as an architect. 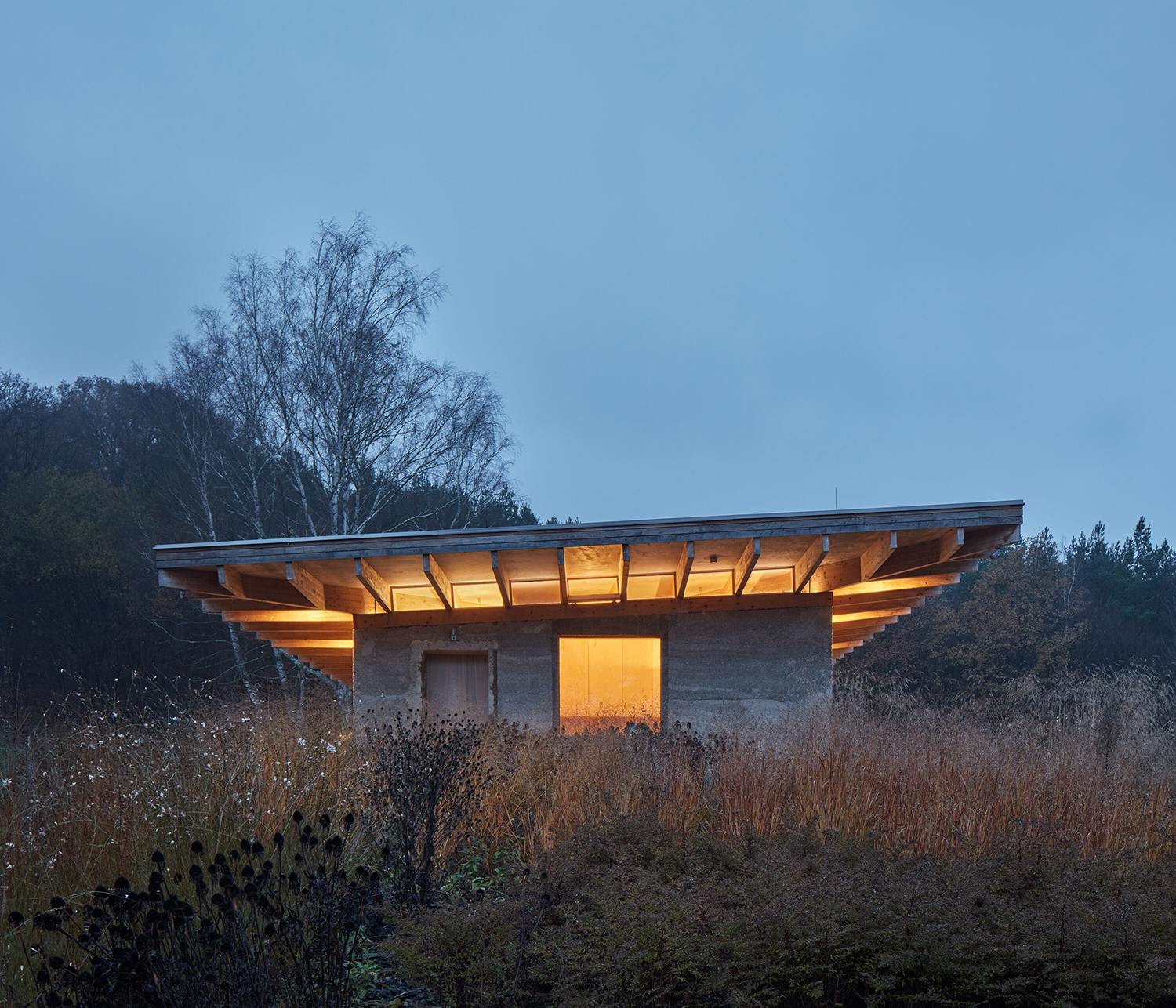 First struggles evolved in a valuable experience and fascination with its features and its history. Building with hempcrete is easy and allows the builder to build their house on their own. Material is petrifying for several years and draws carbon dioxide from the air around during this process. Hempcrete has great insulating features, is recyclable and also resistant to pests, fire and molds. 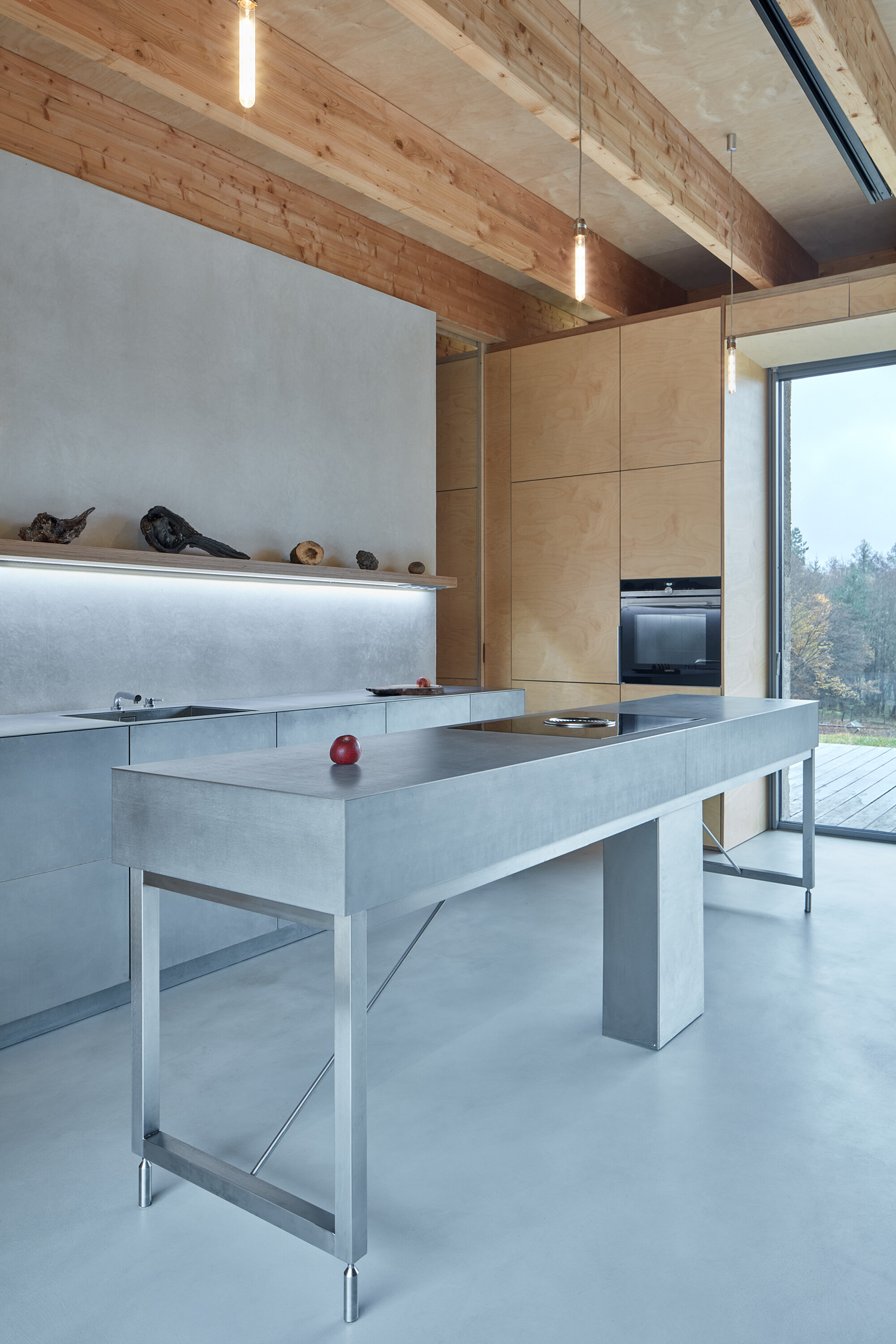 House LO is defined by three elements — two perforated stones and a thin wooden sheet. The void in between the stones is the living space of the house. It is separated from the surrounding nature by large sliding windows that allow the space to become part of the outdoors and frame picturesque views. The two stones contain entrance, two bedrooms and a bathroom. The house has a cellar with technical facilities, photo chamber, club room and storage. 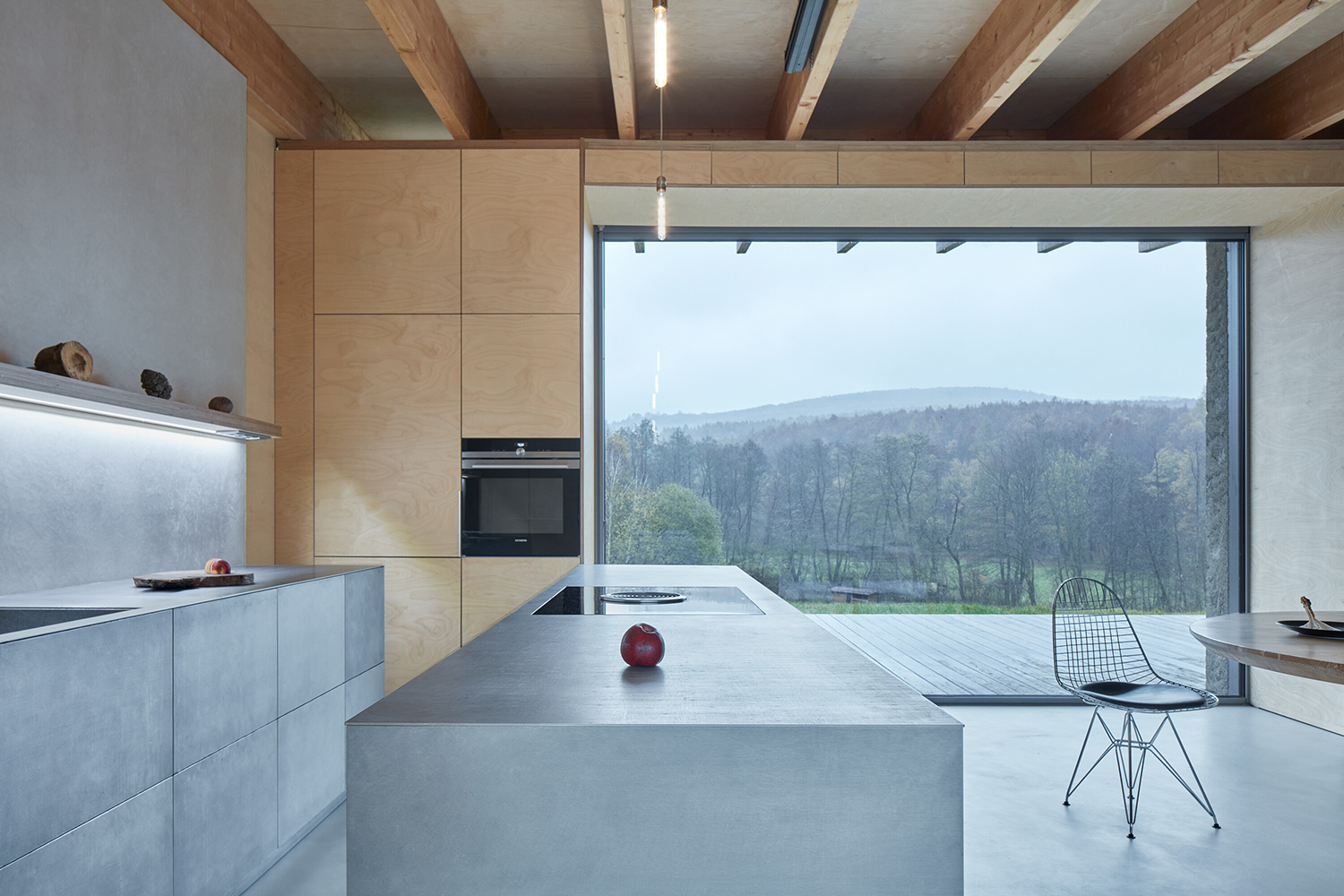 A large terrace runs around the house, being protected from bad weather by the roof overhang, so that the owner can spend as much time outside as possible. The roof is covered with a green carpet, so that the house merges with nature and is well insulated. The layout of the house is designed to use its space to the fullest. “The house will gradually become part of the nature,” explains the studio. “First it will be a home to a family with two children, later become a family summer retreat and even later a comfortable home for an elderly couple.” 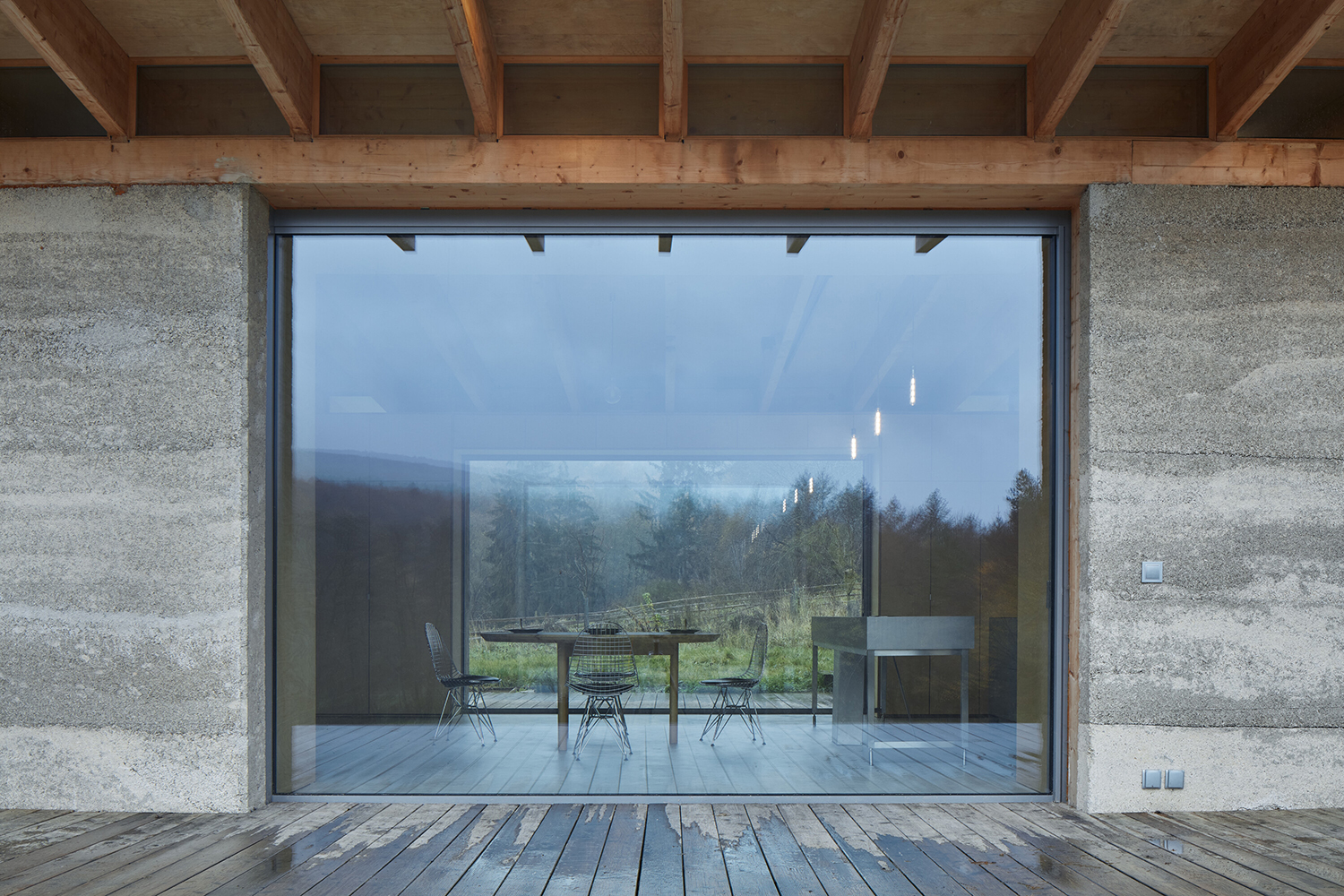 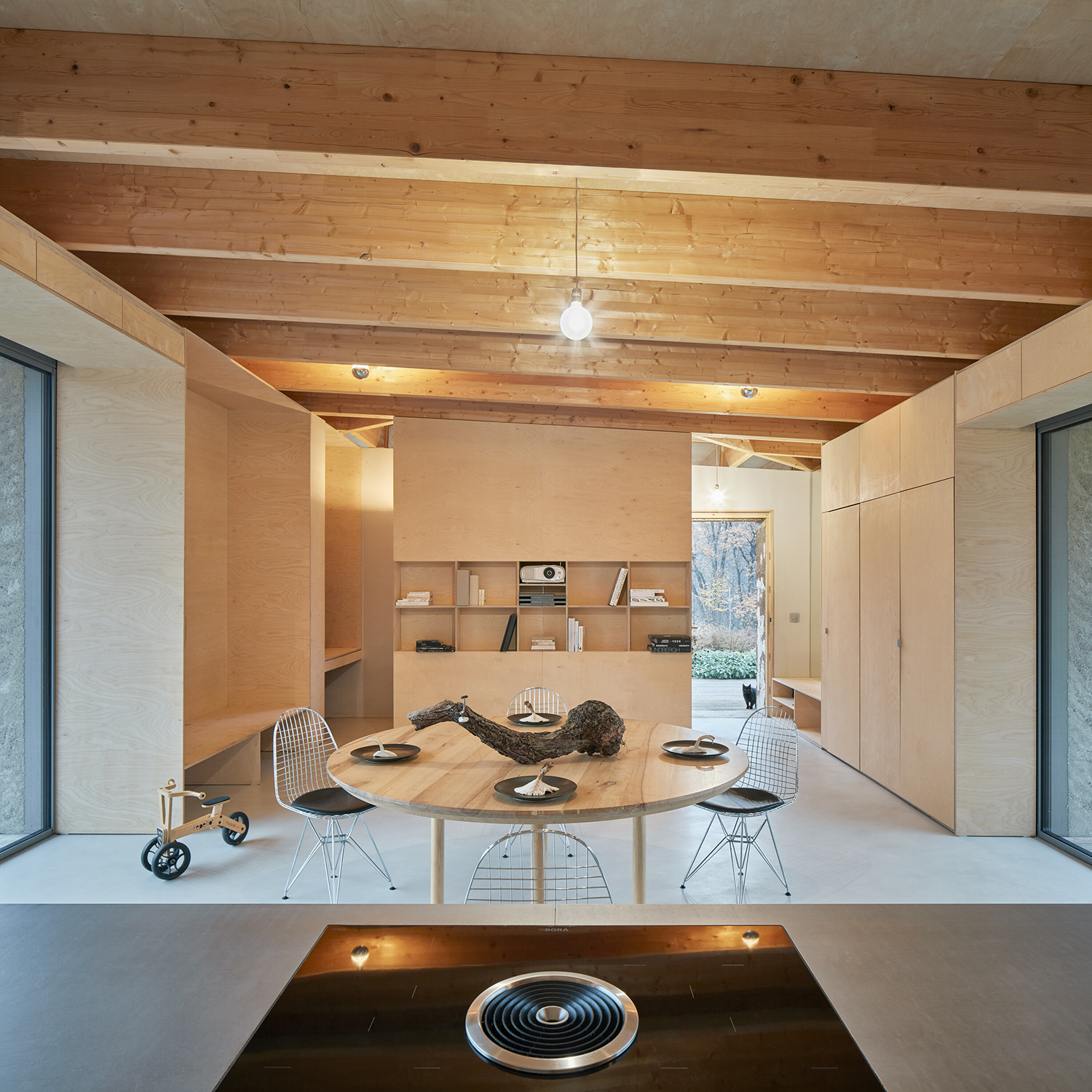 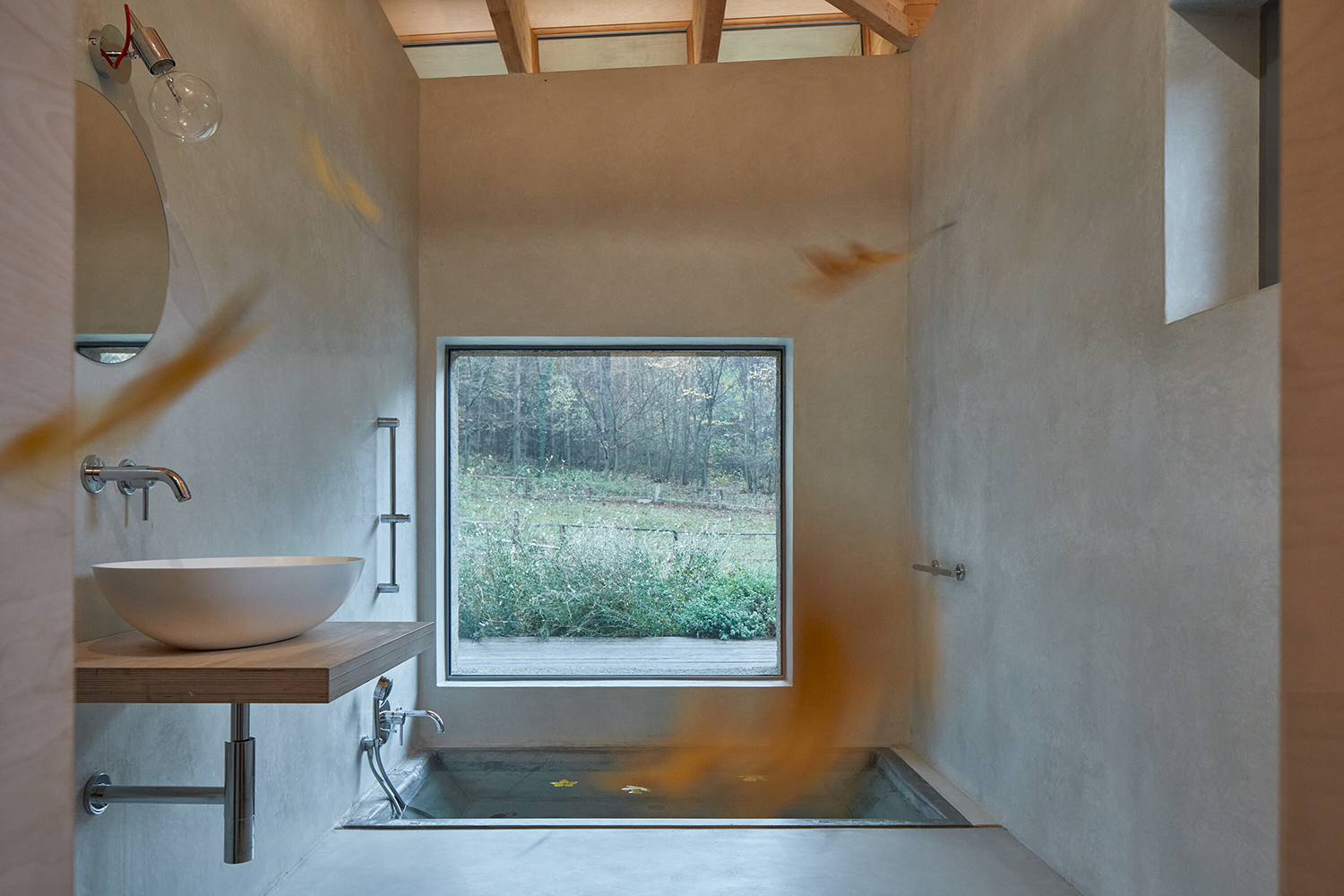 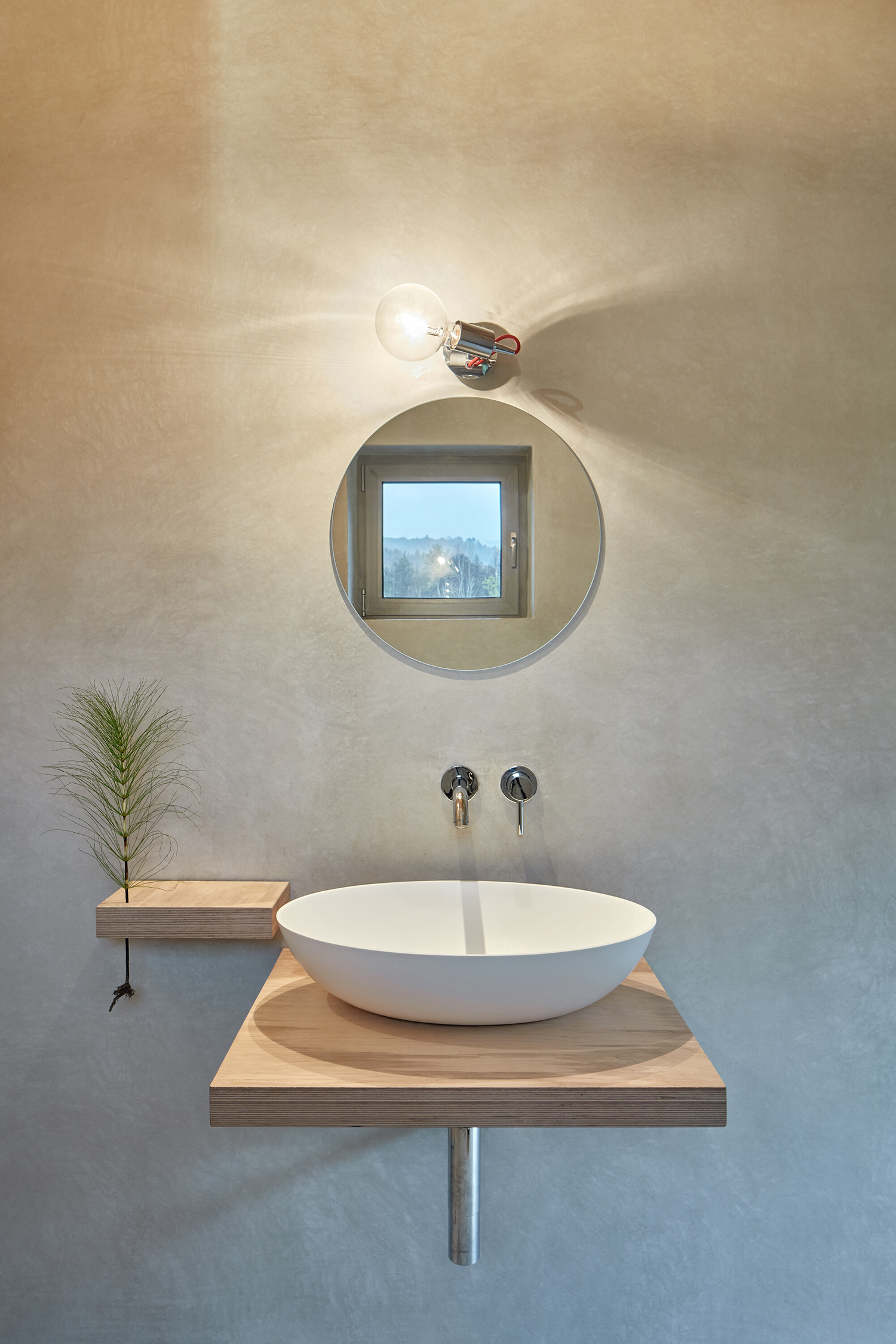 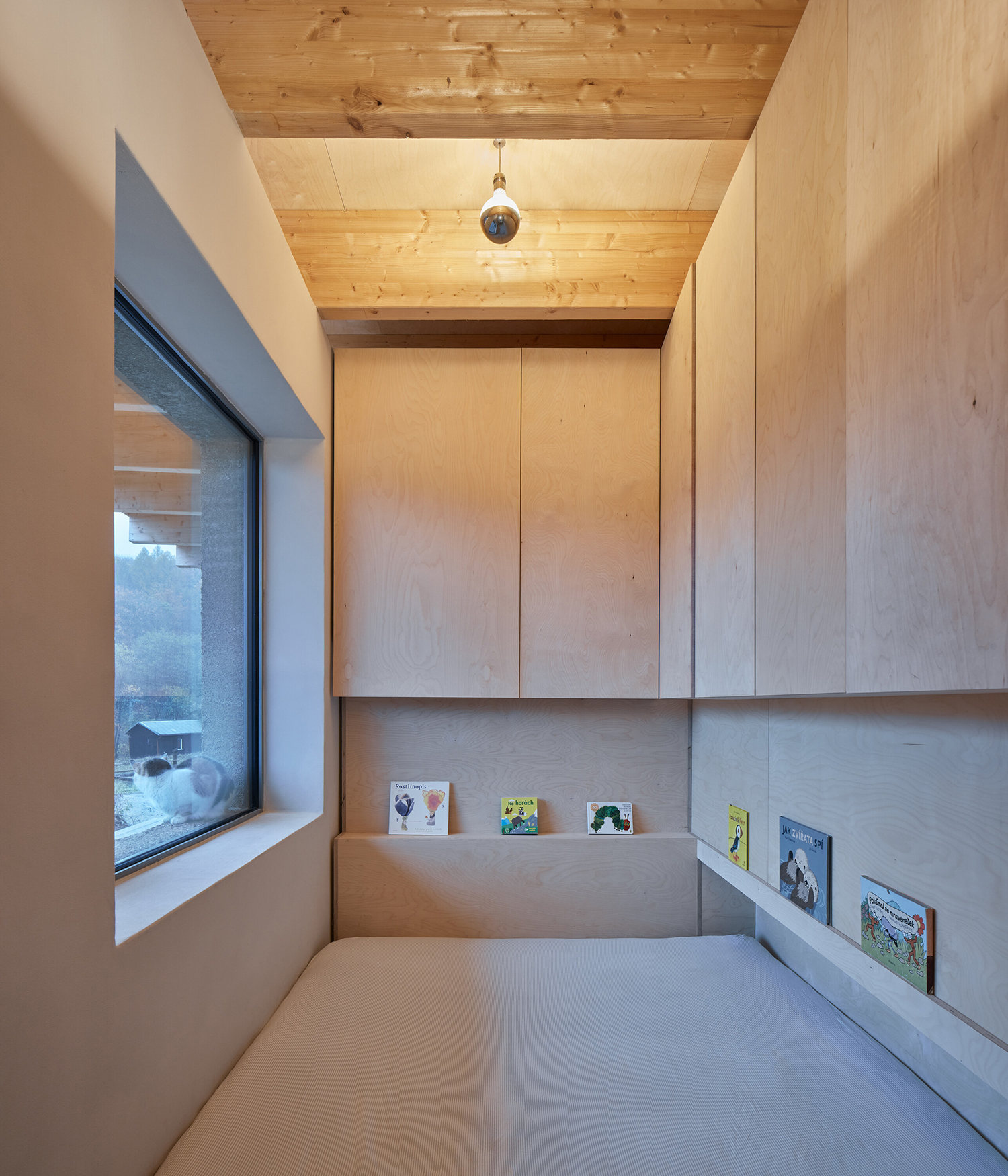 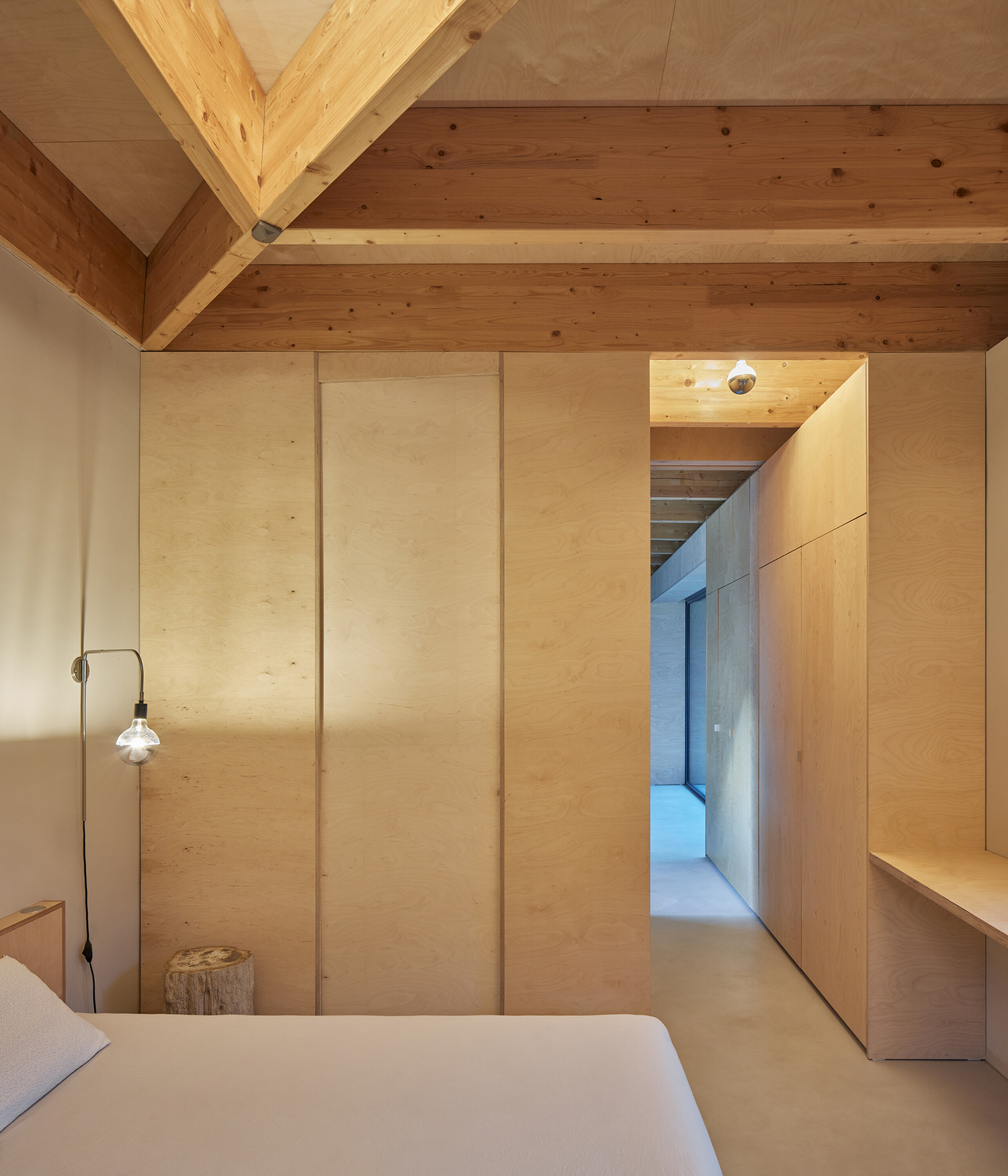