Knorr & Pürckhauer architekten has completed a new building in Zurich, Switzerland, which is located in the courtyard of a perimeter block development. The architects explain that these types of structures are commonly found across the city with uses ranging from workshops, offices, and medical practices to studios or even art galleries. This particular courtyard structure, located in Zurich’s werd district, has been designed as an extension of a church’s retirement center. 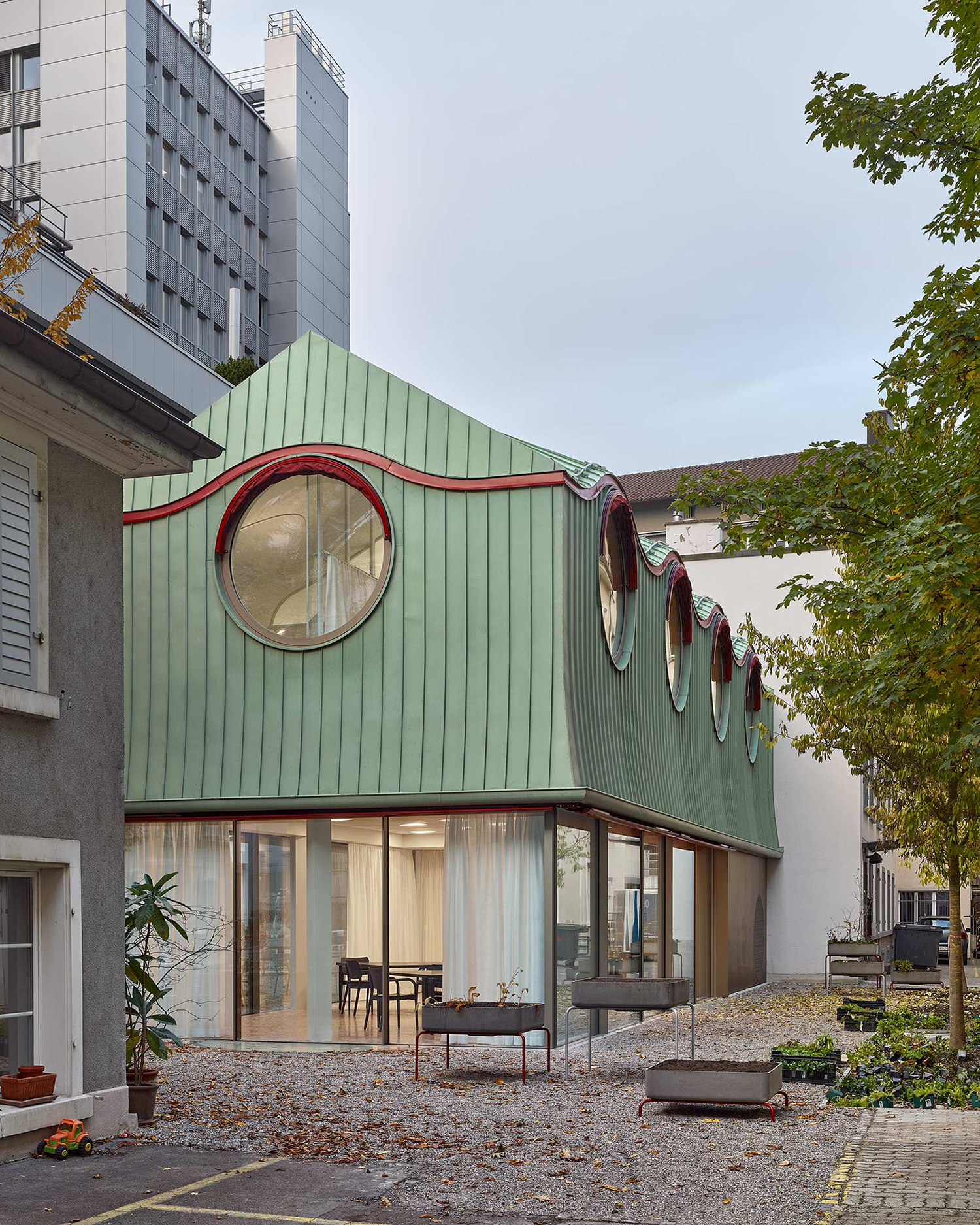 Knorr & Pürckhauer architekten, a firm led by Philipp Knorr and Moritz Pürckhauer, was asked to provide additional space for an existing retirement center run by the St. Peter and Paul Parish Church foundation. In addition, the new structure was seen as an opportunity to breathe new life into the courtyard as well as the surrounding neighborhood. Inspired by Max Liebermann’s painting “Biergarten in Brannenburg”, the new building became the starting point for a comprehensive re-design of the courtyard. Fences were removed, while a uniform gravel surface was applied to its surroundings. 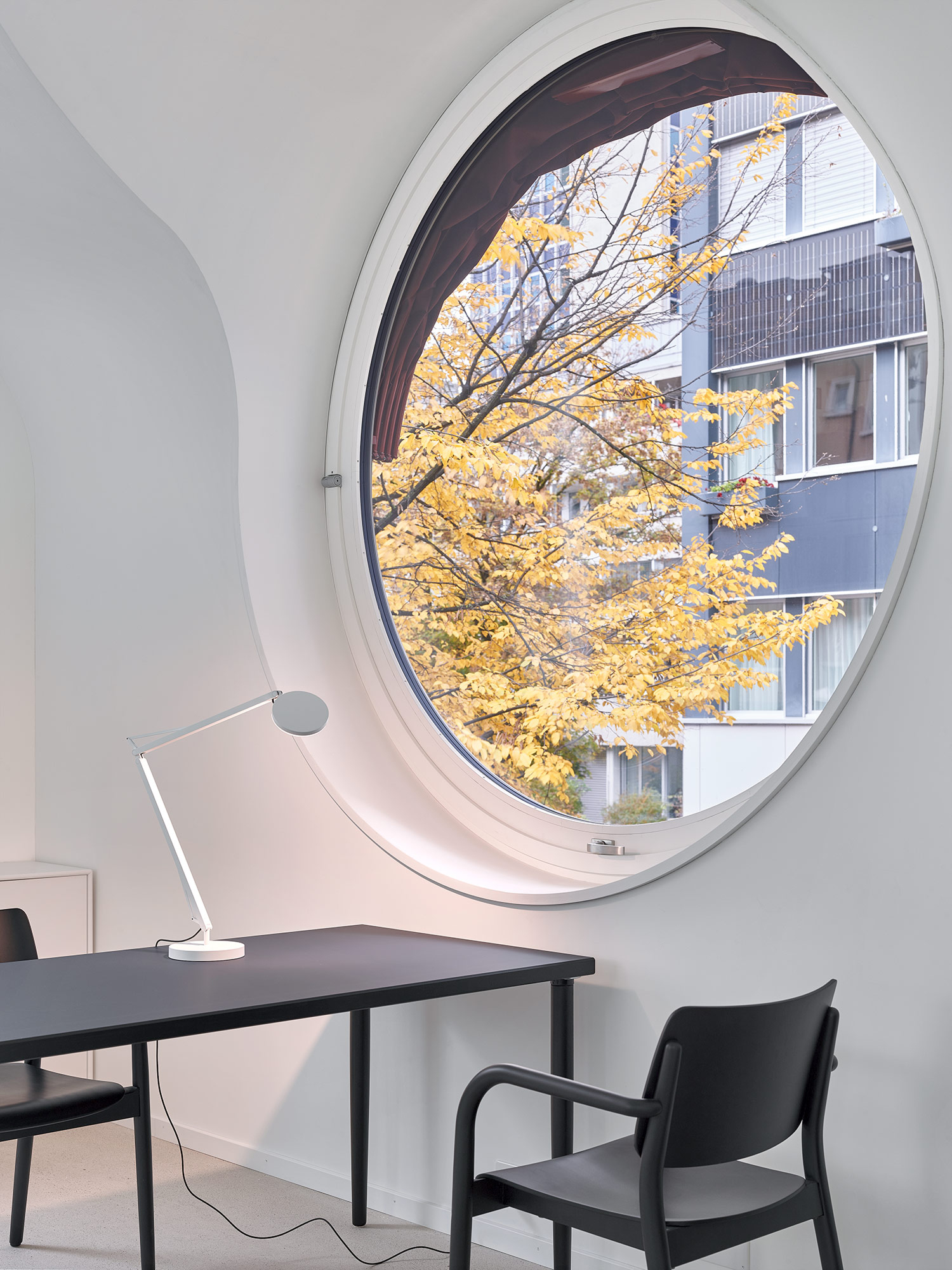 Conceived as a neighborhood pavilion that serves the entire community, the new building comprises three stacked rooms that differ in terms of their appearance. The glazed ground floor is intended as a versatile space for the residents of the retirement center, who are able to pursue their hobbies such as cooking, sewing, handicrafts, or flower arrangements. Floor-to-ceiling glazing ensures a close relationship with the adjacent courtyard. 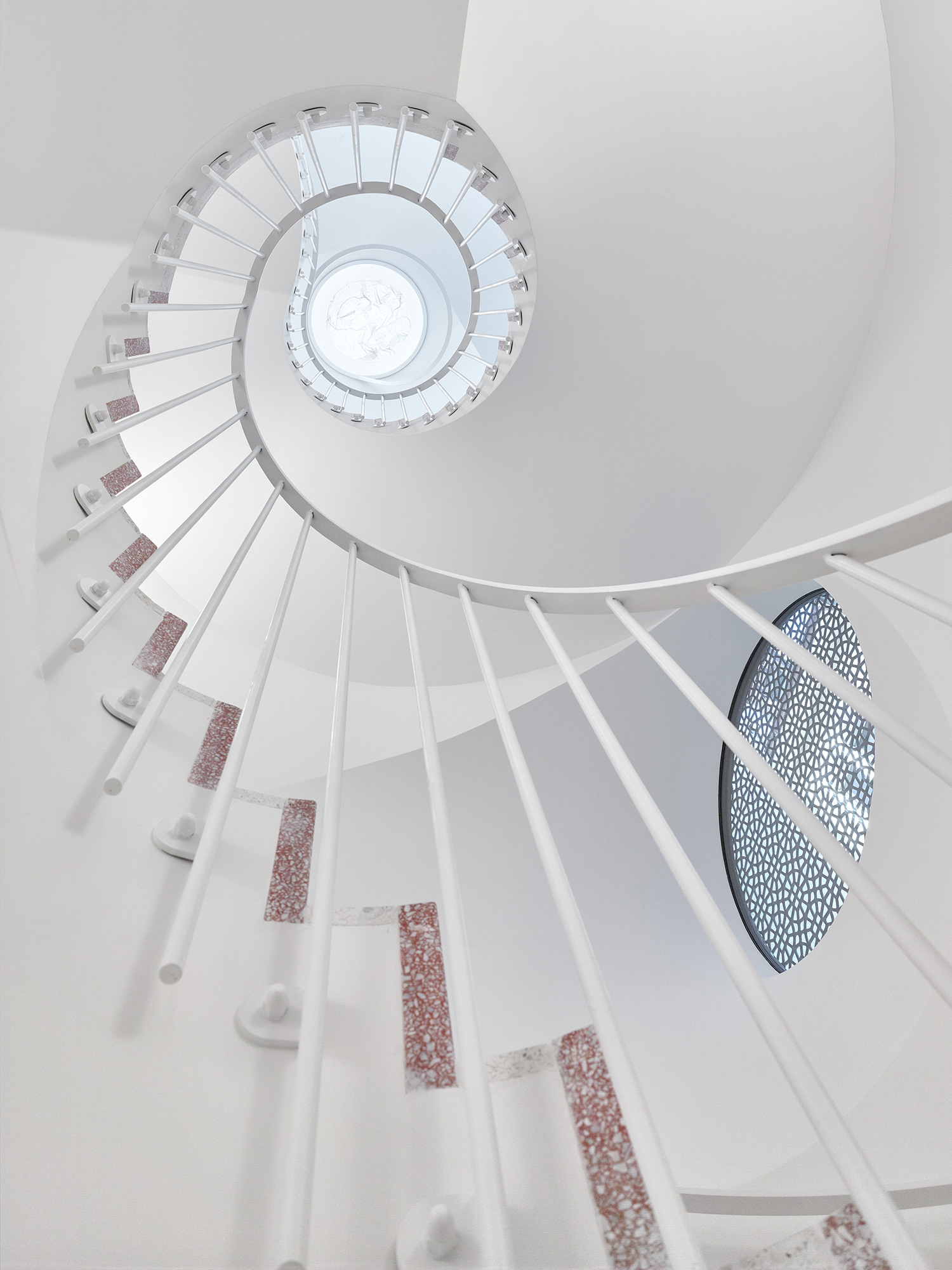 Contained beneath a tent-like roof made from green pre-oxidized copper, the level above houses new offices for the client. Large, circular windows fill the space with natural light, which is further emphasized thanks to bright, white surfaces. Meanwhile, an auditorium is found in the basement with light entering through a semicircular skylight. All three rooms are connected with a spiral staircase, which links to the existing building in the basement. 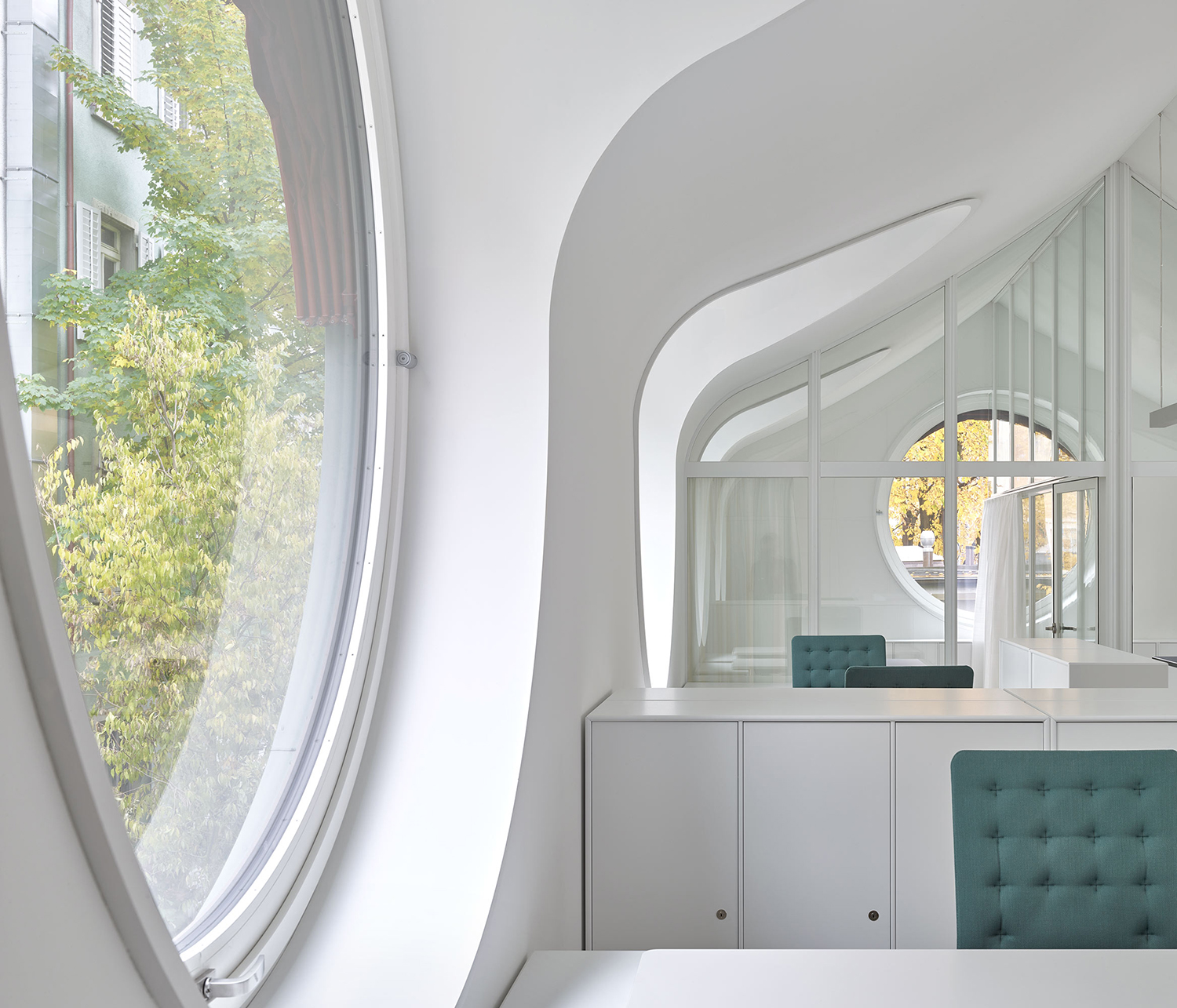 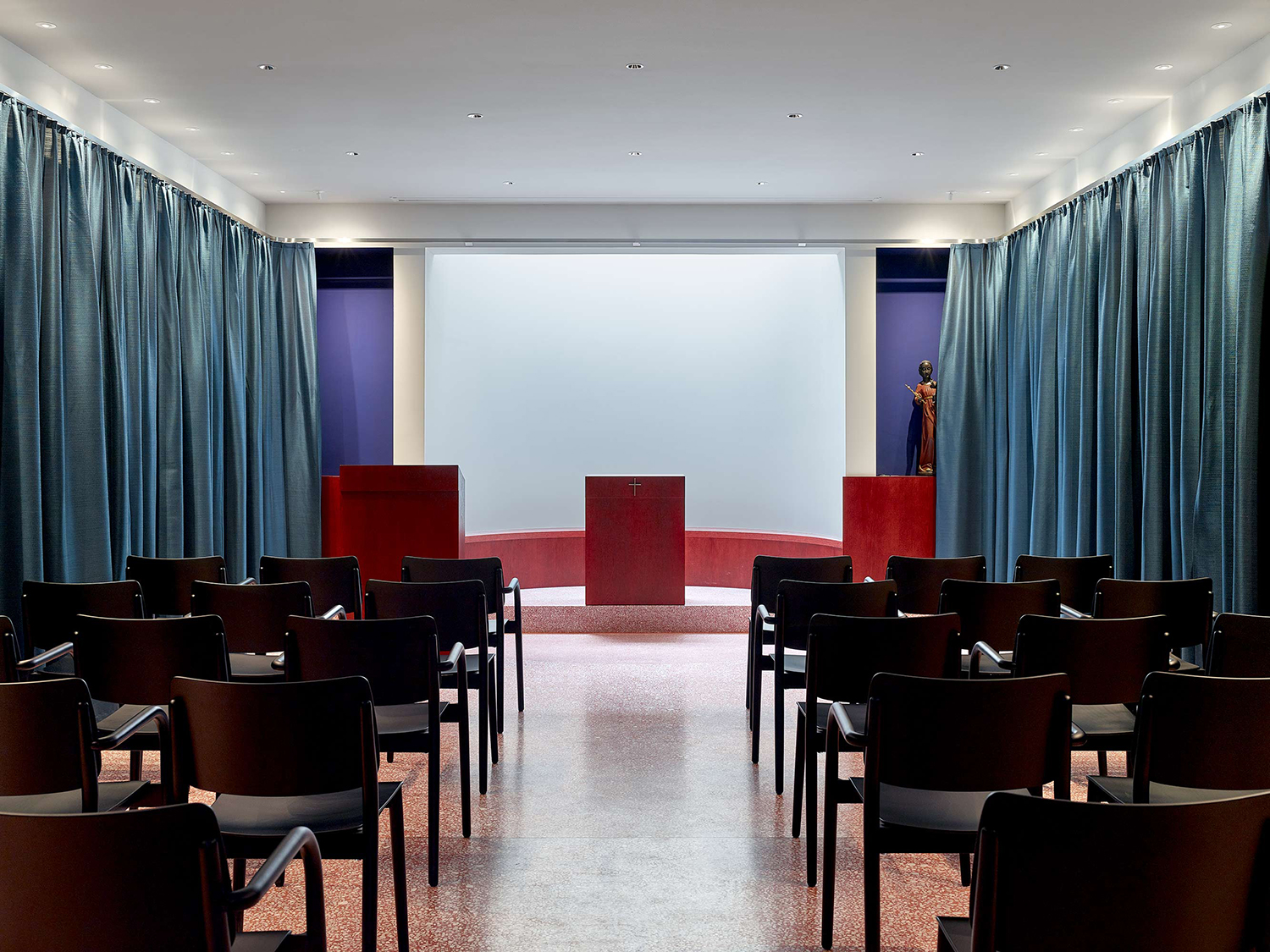 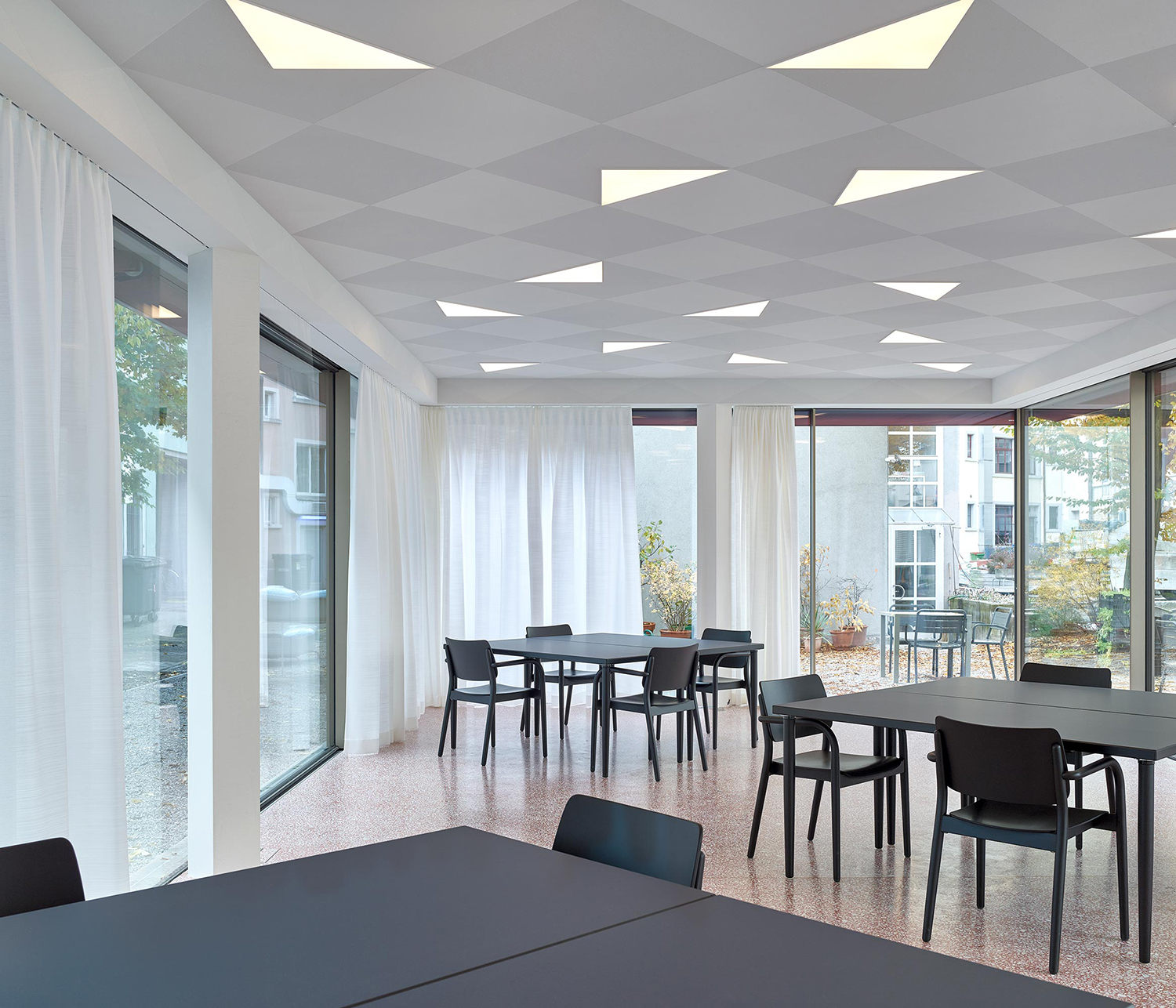 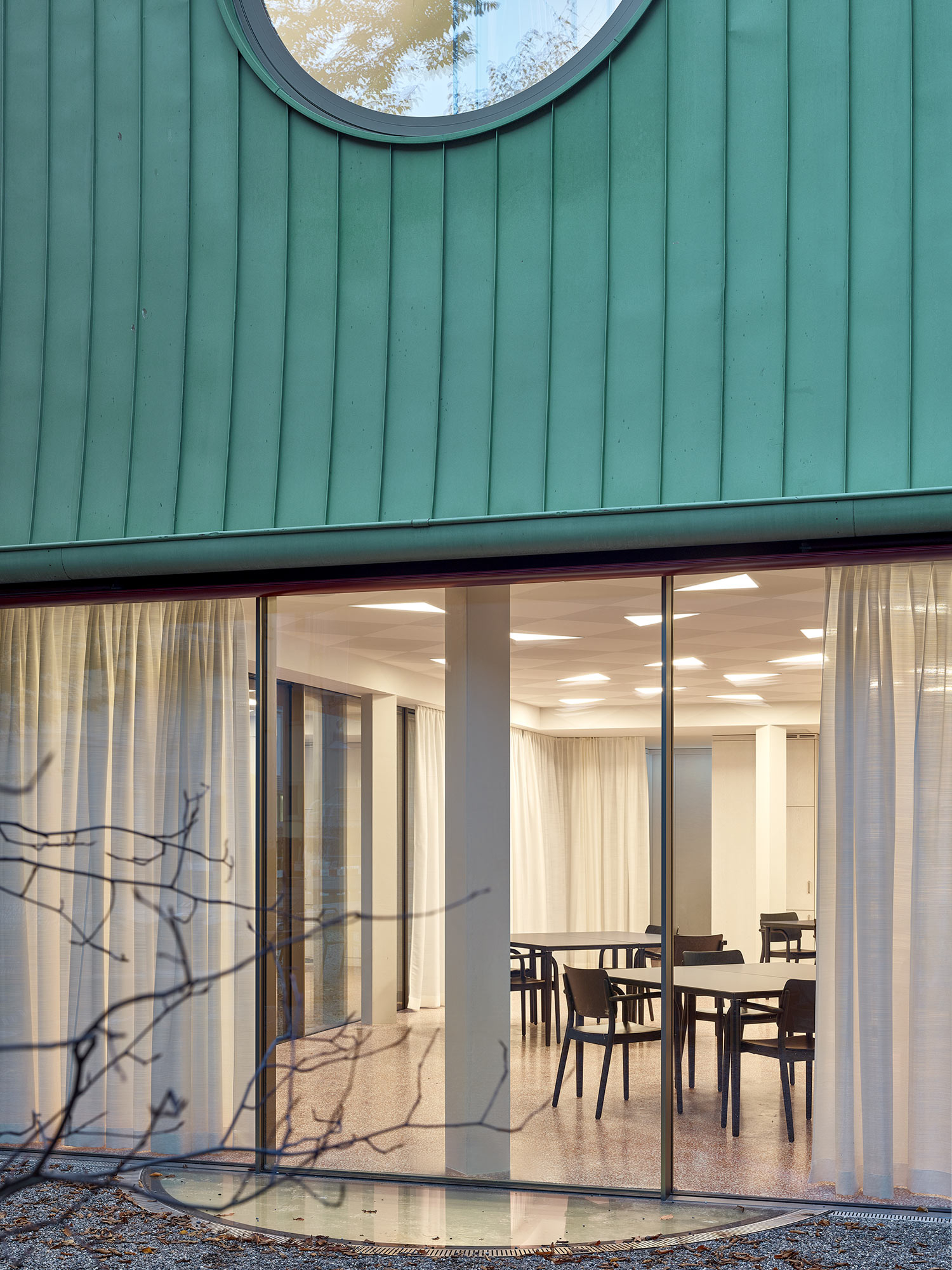