Casinos around the world are known for having extremely extravagant designs. For everything a place like Las Vegas has to offer, it is easy to spend hours walking around Sin City just gawking at the amazing architecture on show at the casinos.

The splendor, glamour, and innovation are sometimes even more difficult to duplicate online, so let’s take a look into some of the planet’s most extravagant casino designs.

Although the Grand Lisboa Palace in Cotai is yet to open its doors, it already looks like it will become one of the world’s most incredible casinos in terms of its design.

SJM Holdings had planned to open the casino by the end of 2020 but later said in the company’s third-quarter earnings that this date had been revised to the first quarter of 2021.

“Construction work on the Grand Lisboa Palace has been completed and the group is awaiting the assignment by local government authorities of final inspection dates, which are expected in November 2020,” SJM Holdings said in a statement.

What is for sure is that the casino will look amazing. With its inspiration coming from European architectural elements – specifically French royal houses from between the 17th and 19th centuries – the project was managed by design firm WATG.

“The design vision for this development was to create a magnificent, palatial setting for the guests of Lisboa Palace to enjoy, reflecting the Western cultures that have touched Macau’s

history over the centuries,” said the lead architect, Sharmila Tankha.

While Macau is world-famous for casinos, it is also becoming a haven for top-class design as seen with the Foster + Partners creation, Apple Cotai Central. Anyone considering a trip to the Grand Lisboa Palace in Cotai should definitely take time to check out this Apple store too. 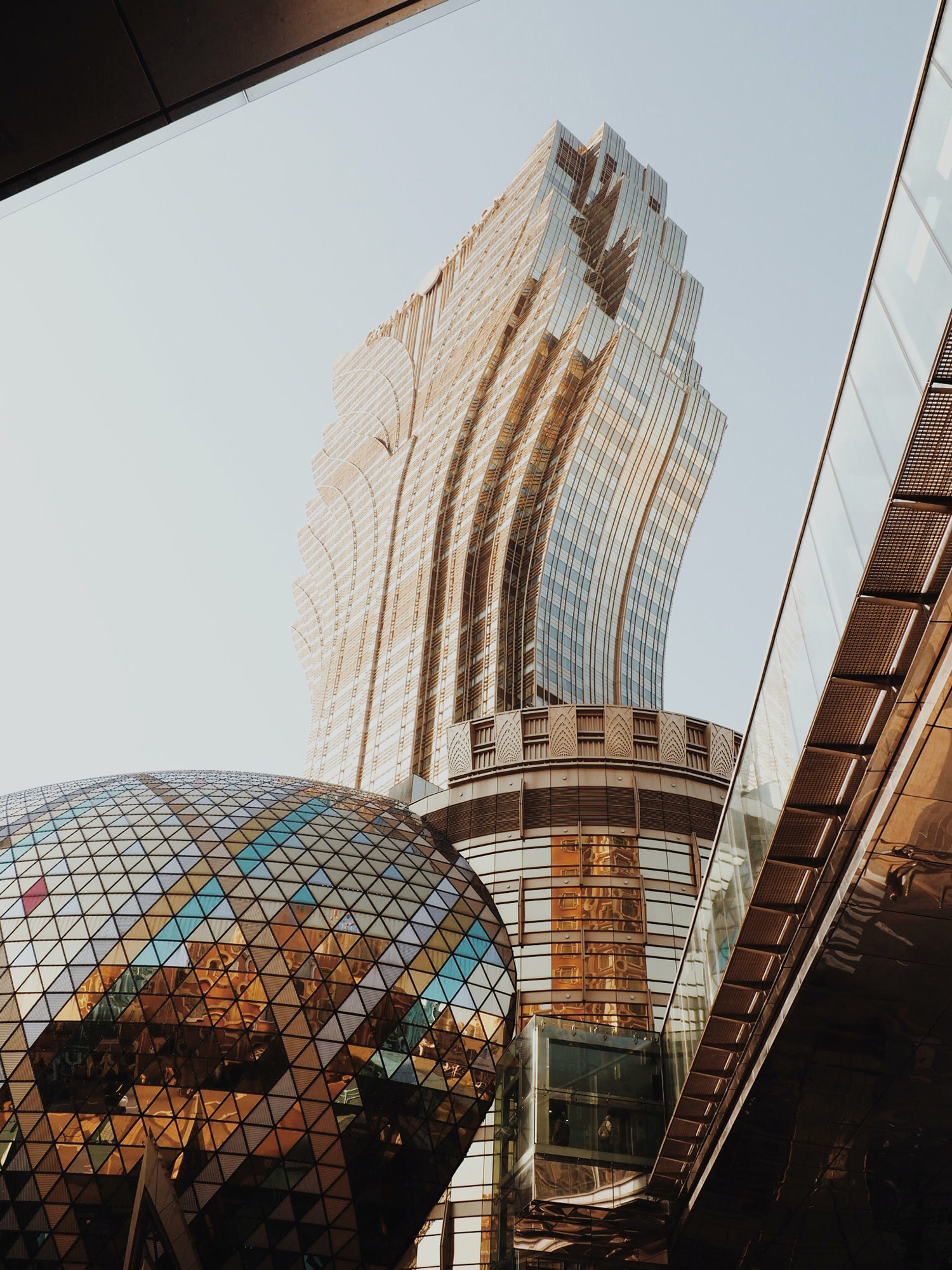 It is fair to say parts of Atlantic City can look quite dated, but new life has been breathed into the area as a result of a massive redevelopment.

Hard Rock Hotel & Casino Atlantic City is now without a shadow of a doubt one of the most impressive casinos in the whole of America after a renewal of the building was led by the Atlantic City-based SOSH Architects.

Joe Emanuele, senior vice president of design and construction for Hard Rock International, said: “The total renovation of every aspect of this property was no small task and the teams involved in this project have shown extreme talent and dedication to bringing the Hard Rock brand to life in Atlantic City.”

Hard Rock hotels and casinos are famous for having a design inspired by music, but art is at the forefront at the Hard Rock Hotel & Casino Atlantic City.

Among the highlights of the extravagant casino design at the site is a 360-degree bar while guests will love the custom-lit lobby that welcomes them into the building.

Back to Macau now. Studio City Macau is worth every cent of the $2 billion spent on its creation.

The Hollywood theme of this casino project is incredible to look at, with a brace of asteroids firing through a Gotham City building the heart of its design.

Among the features of this casino are the world’s first figure-8 Ferris wheel, which acts as the connection between the two towers – The Star Tower and the Celebrity Tower.

Studio City Macau is also home to attractions such as Batman Dark Flight while guests can enjoy eating at fantastic restaurants like Cosmos Food Station during their stay.

Believe it or not, Studio City Macau even has its own version of New York City’s Times Square and Hollywood’s Beverly Hills. 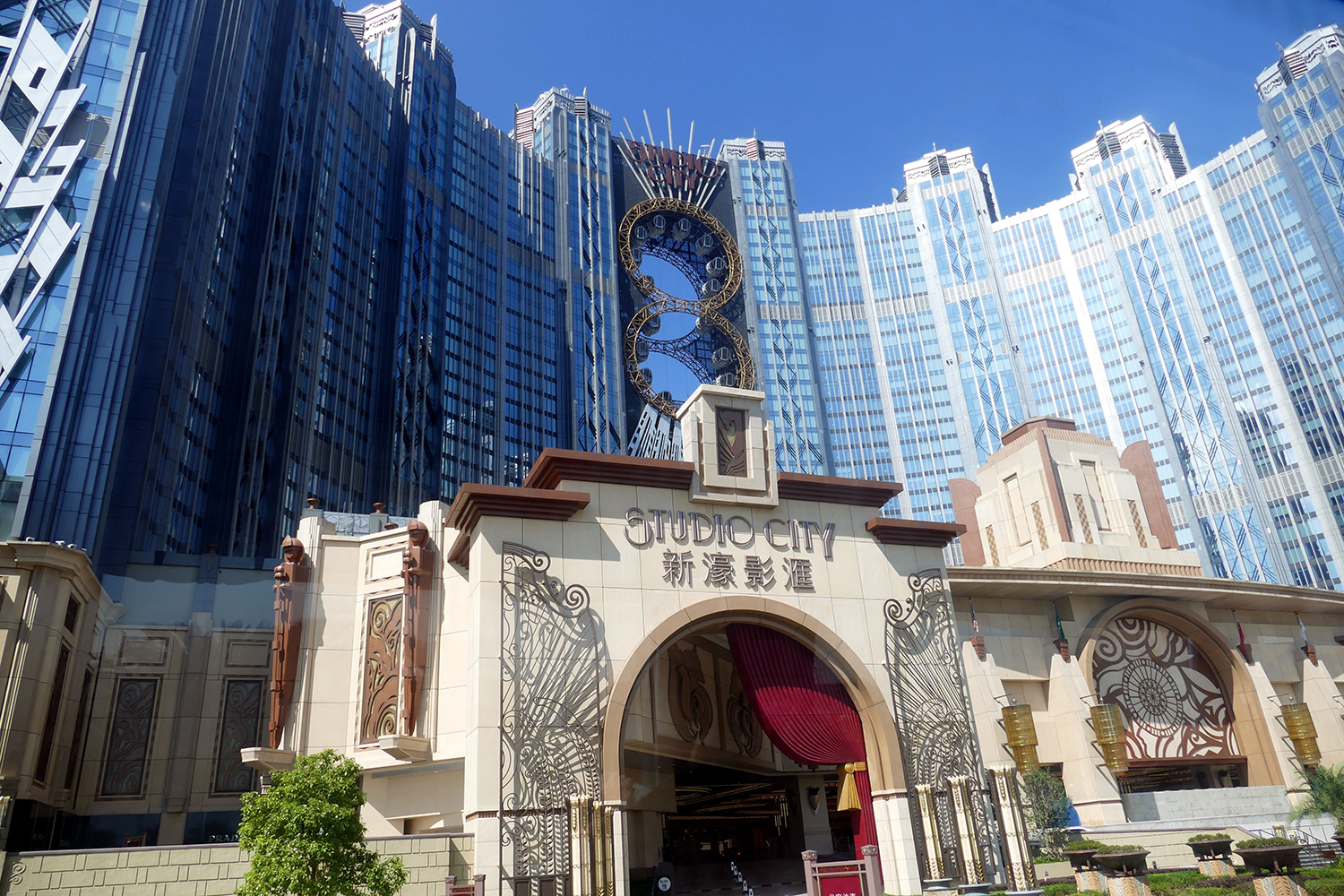 Our last pick comes from South Africa, with the Sun City Casino Resort having a truly breathtaking design.

Though the resort has been open for a few decades, it remains state of the art. Sports fans will particularly enjoy a visit here as it is home to both the Gary Player Country Club and the Lost City Golf Course, a pair of international-standard 18-hole golf courses designed by golfing great Gary Player himself.

On the design side, Sun City Casino Resort was created with the idea of evoking the landscape and history of Africa, a goal that has certainly been achieved.

And to add to the list of things the resort has to offer, it even has its own private game reserve.