Canadian studio Jean Verville Architecte has designed a theatrical interior for the Montreal house of a couple of actors – Sophie Cadieux and Mani Soleymanlou – that could double as a performance venue. Adopting the creative universes of its occupants, their personalities, and their particular needs as the narrative scheme, the MSO project consists of a complete volumetric reconfiguration, making it possible to generate an artistic creation as well as a living space adapted to the daily reality of the two artists and their son. Inside a narrow house, located in a Montreal residential neighborhood, a scenographic promenade unfolds to the full height of the building. 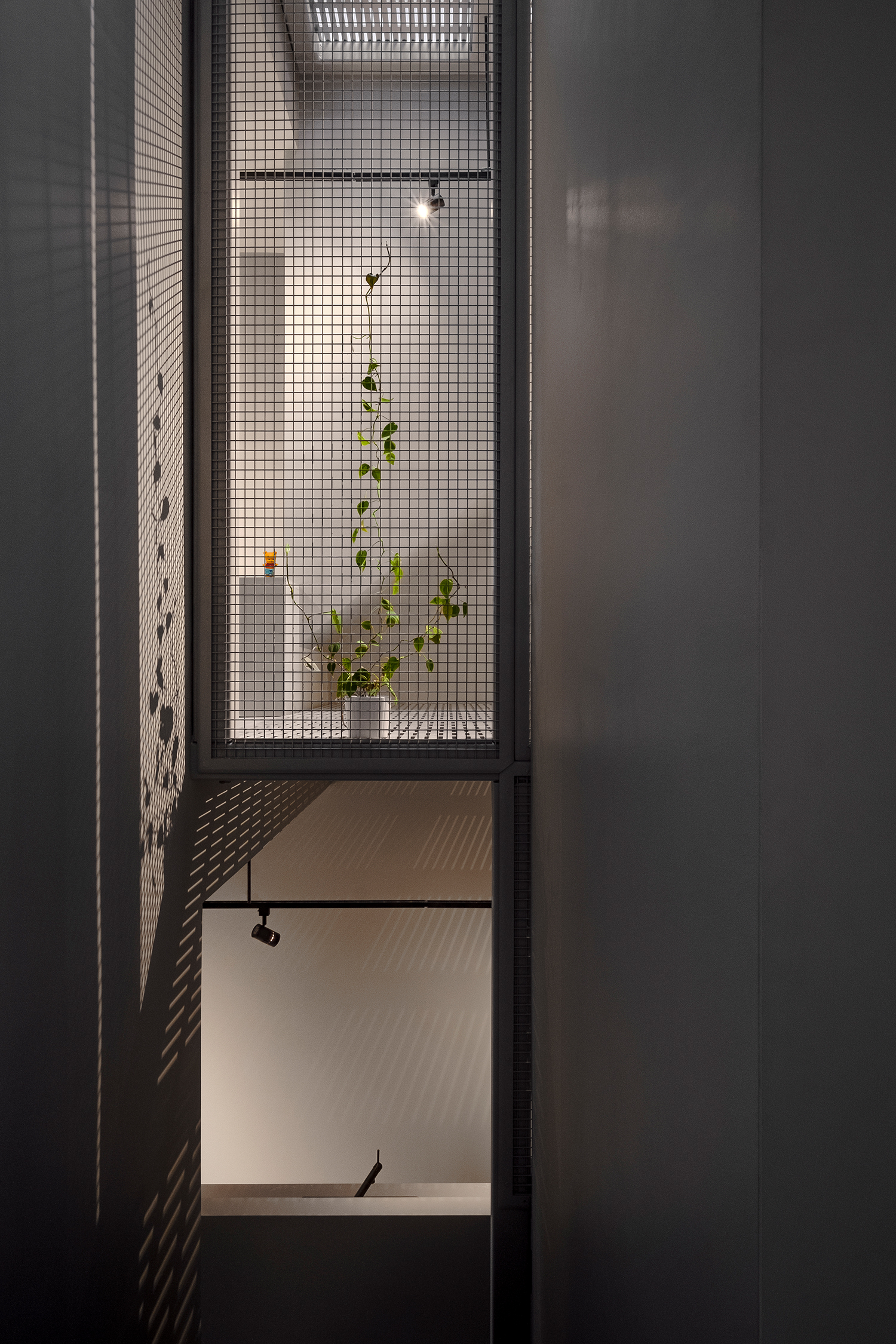 Having to meet the needs of family life, but also subtracting them at times in order to create a work environment that strengthens concentration and creativity, the spatial reorganization conceals the functions in a succession of ordered volumes completed by ten scenic pauses. The central space, pierced by an openwork steel structure extending over twelve meters in height, abolishes the original hierarchy in a dynamic segmentation, while the monochromy of greige tones unites the whole into a monolithic entity. 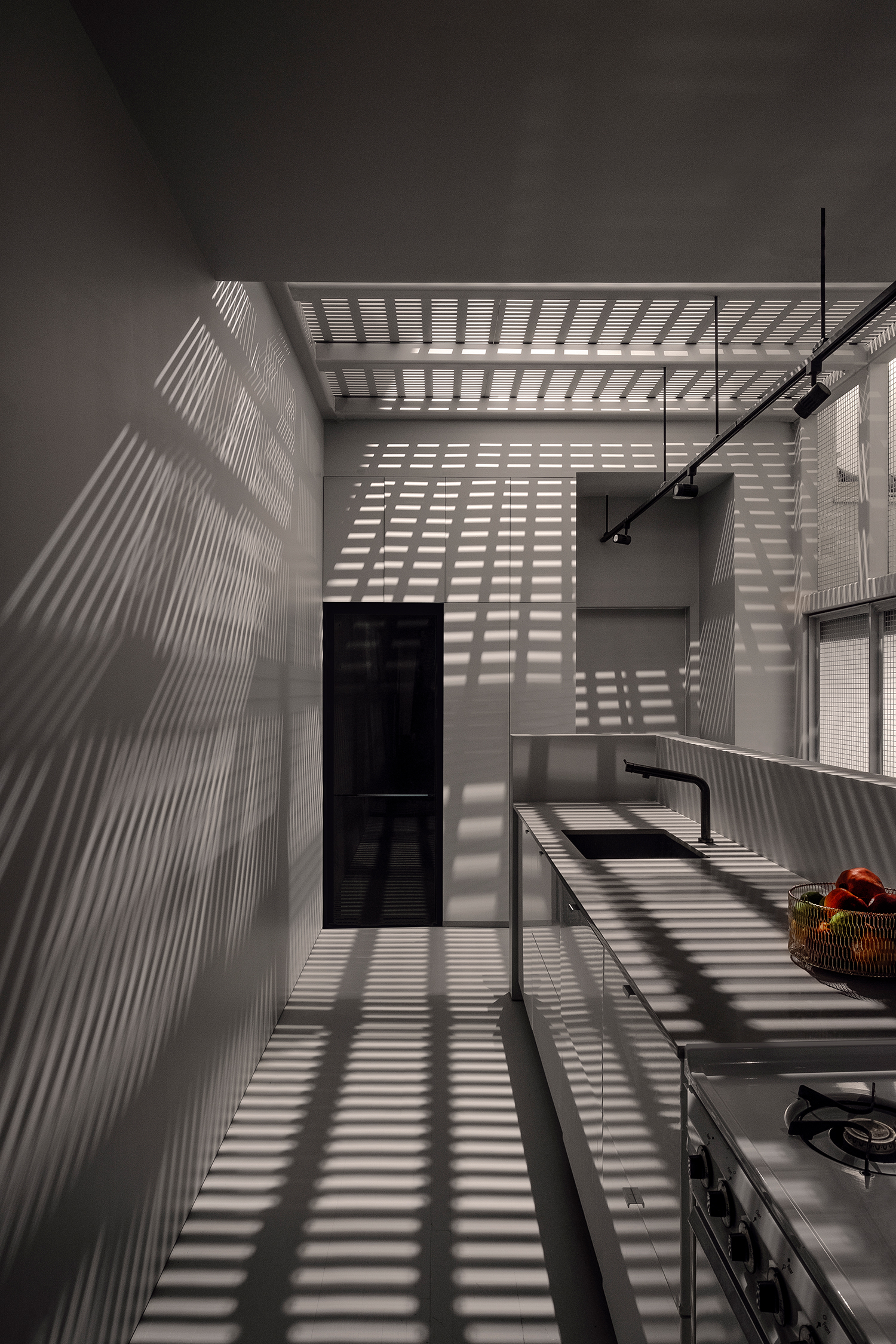 Aiming at an effective cohabitation of domestic and professional activities, permeability to family life, and a spatial distribution providing a level of individual privacy, the proposal takes advantage of decompartmentalization to consolidate the feeling of unification in its vertical deployment and to metamorphose the legibility of the whole.

To minimize alterations to the existing building, selective subtraction of floor areas frees the core of the space to accommodate the new vertical progression, gradually unfolding over the three floors of the house in a succession of ten versatile and multifunctional platforms. These ten scenic pauses establish a new spatial organization. The metallic structure, with perforated steel surfaces and walls, is juxtaposed with a series of stages and raised platforms – sometimes it offers a small scene, and sometimes a seat – to draw fluid limits that privatize spaces while creating visual porosity. 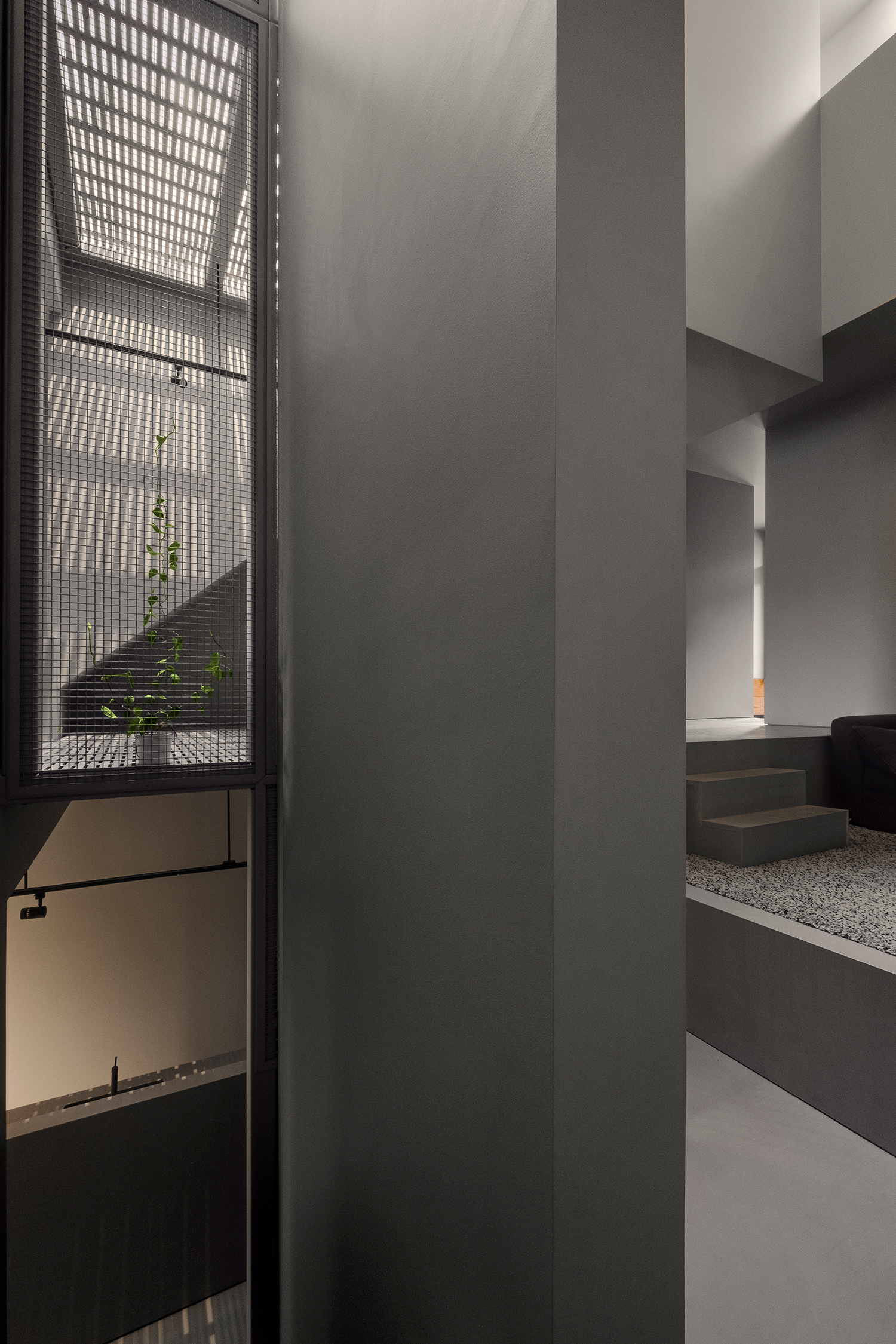 Meeting the requirement of functional adaptability while minimizing the need for furniture, the new system of spatial organization engages unusual interactions in order to facilitate the personal and creative appropriation of the sub-spaces it shapes. Fragmented by metal screens and low walls, and punctuated meandering, the scenic pauses offer new points of view in space and new perspectives on the presence of others. The imposing metal assemblage, which also consolidates the project’s structural integrity, is capped with a skylight, that measures 2.5 meters by 2.5 meters, which maximizes the natural light by diffusing it to the ground floor. 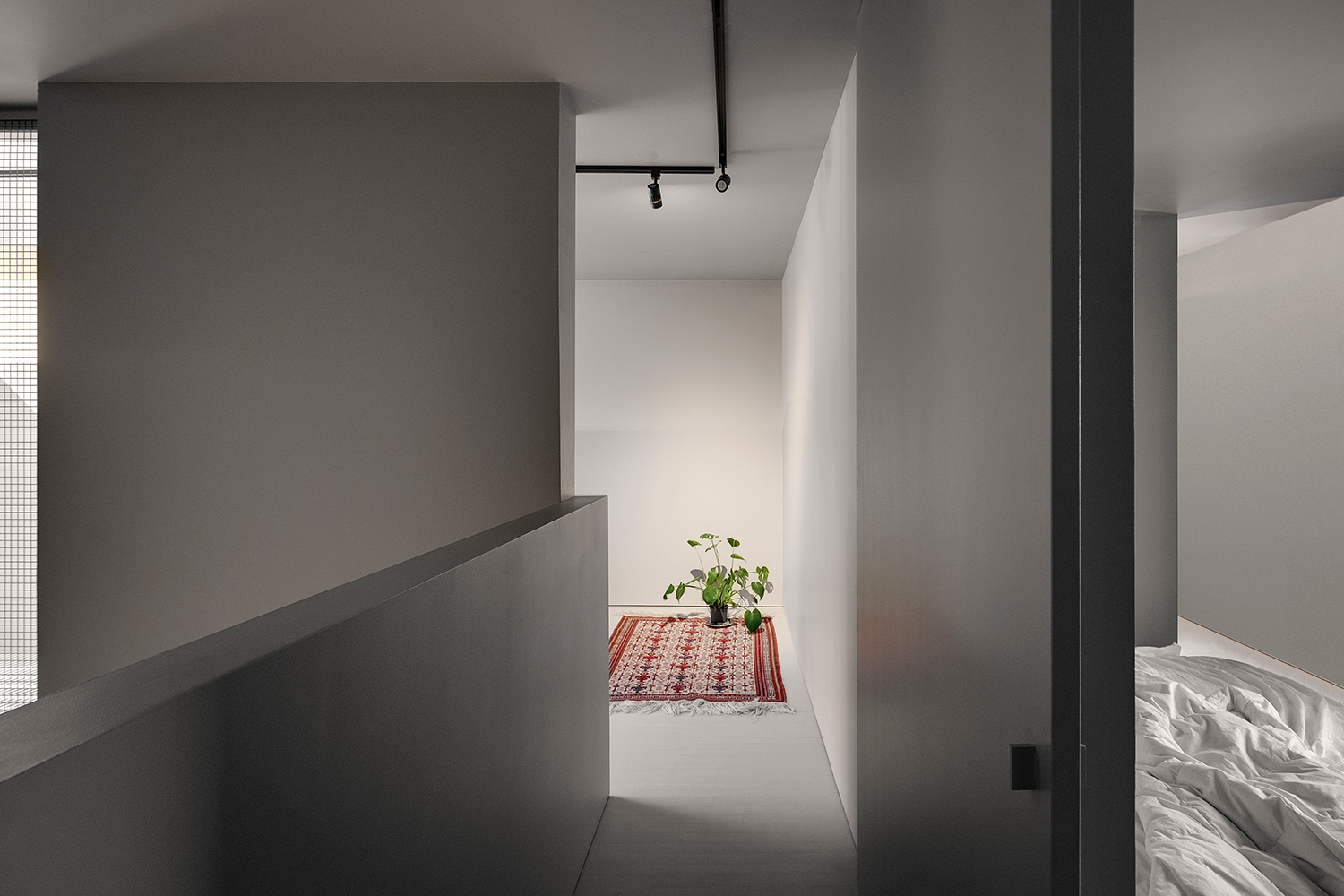 The light, filtered by the metal surfaces and walls, multiplies the projections of shadows cast to mark space with graphic lines, opposing their presence with the spatial boundaries, and offering a continual dance of geometric shadows that play on the monochrome canvas. Both refined and expressive, the proposal constitutes an assemblage that partitions volume and light in order to envelop the place in a mysterious aura contributing to the theatricality of the proposed experiment. 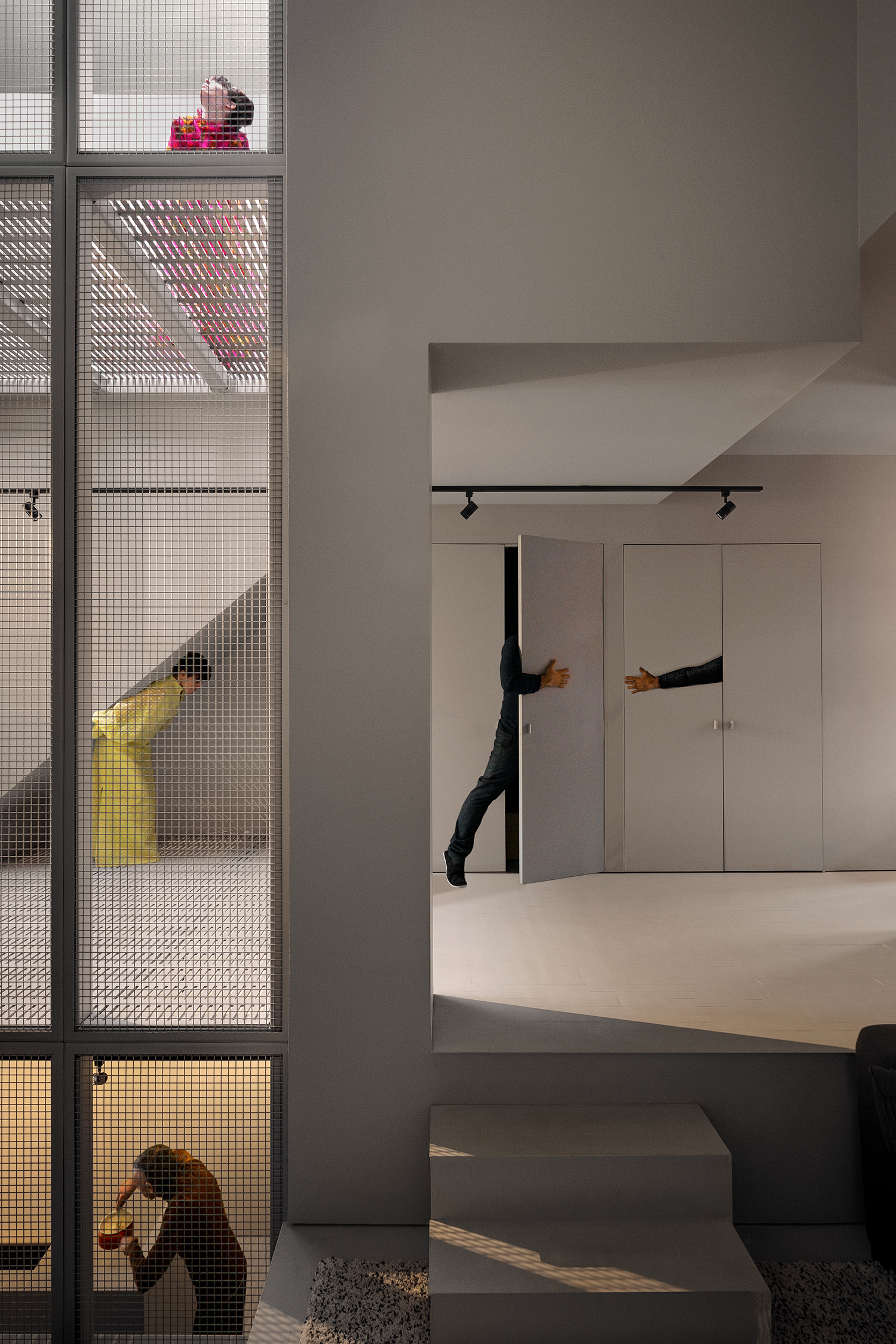 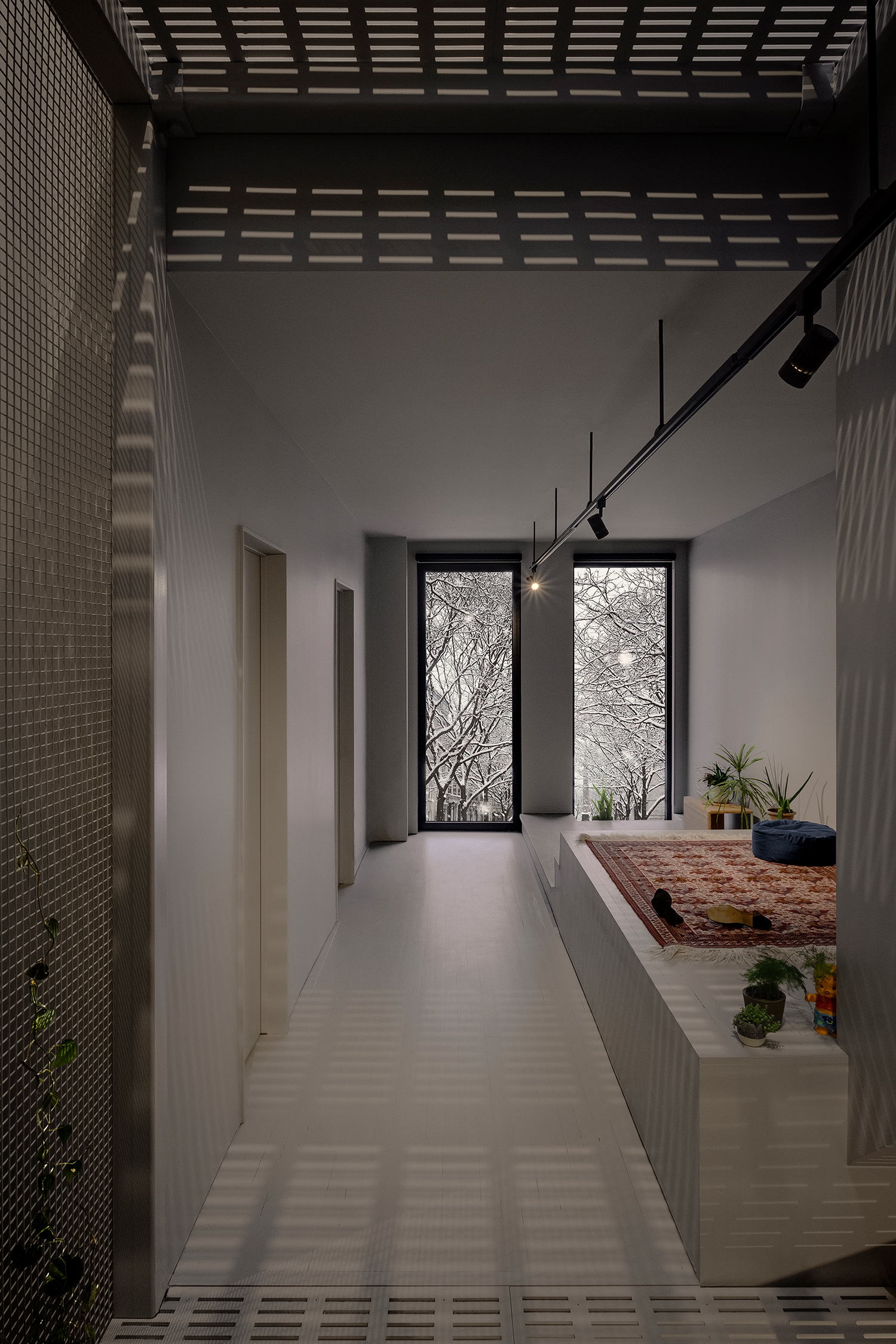 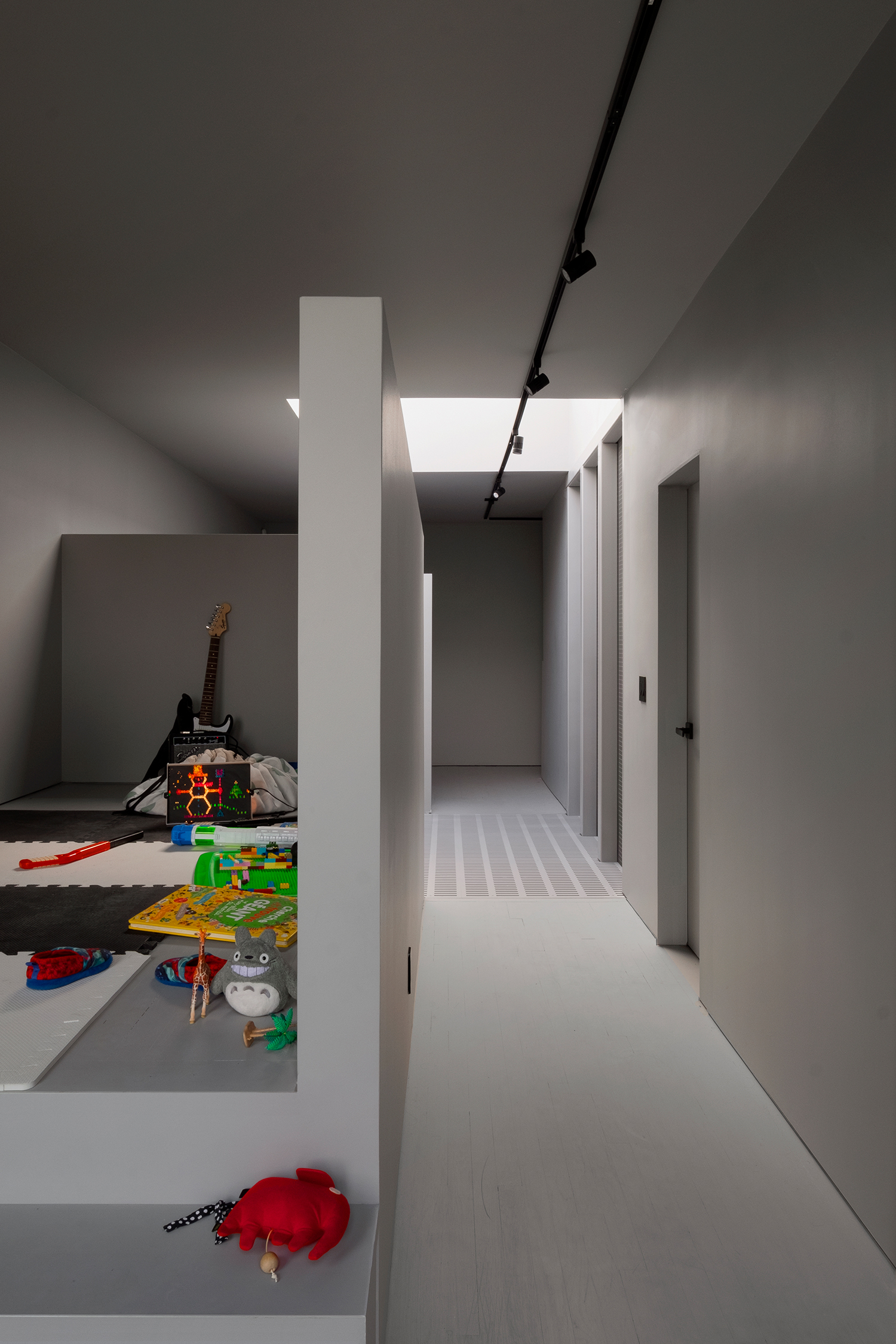 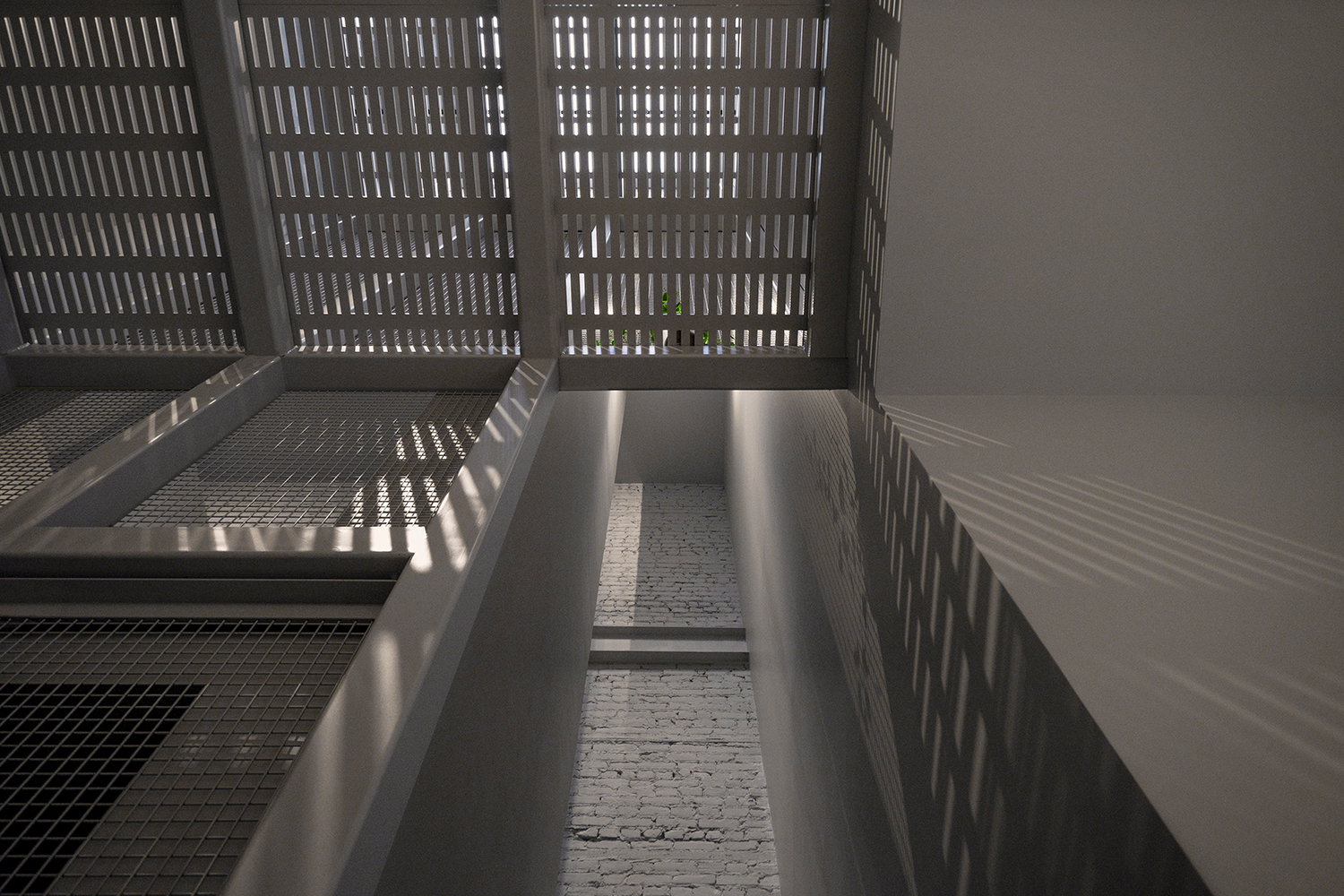 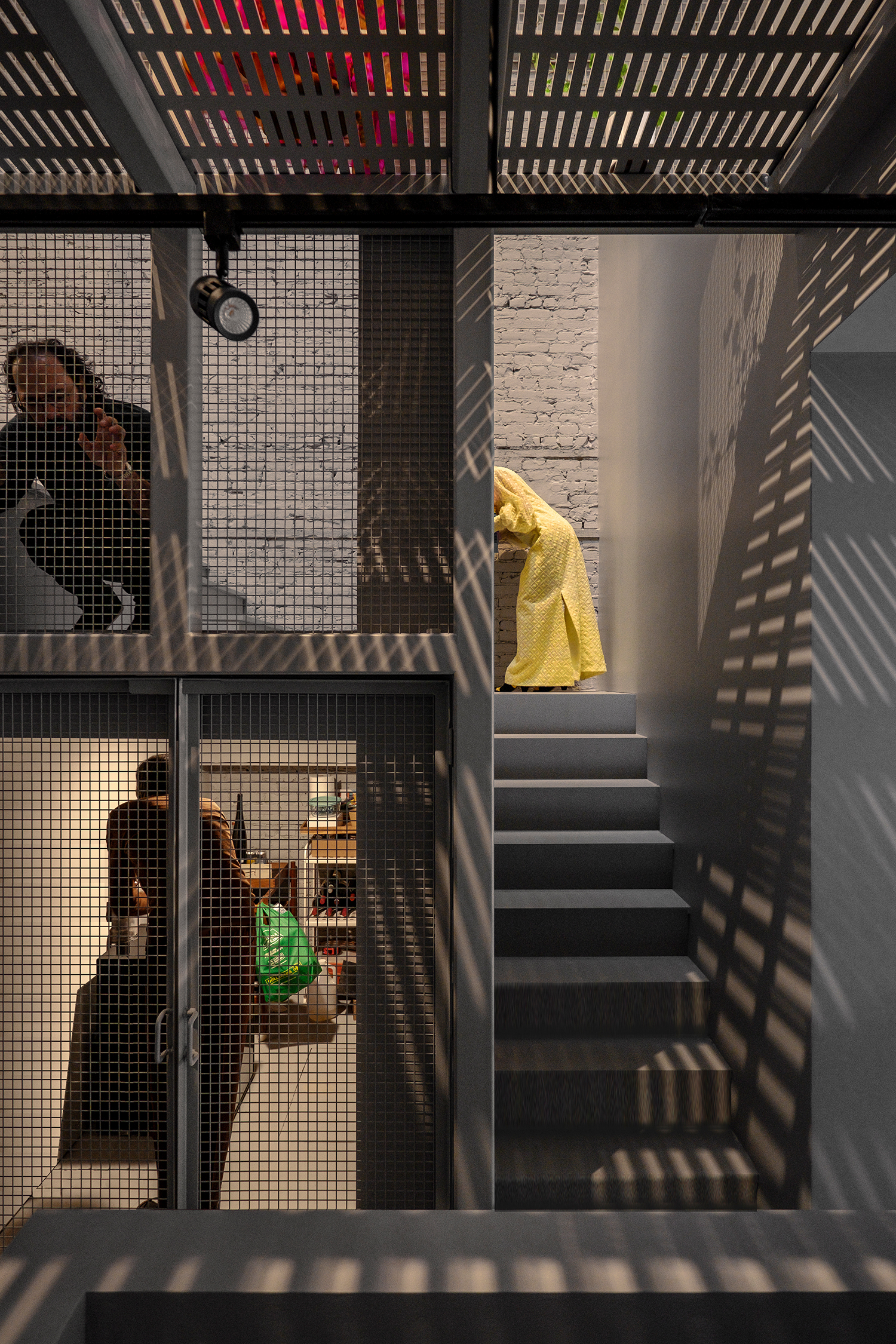