Architecture studio Anna and Eugeni Bach has recently designed a small block of three tiny apartments in the old center of the Horat neighborhood in Barcelona, to conserve and capture the essence of the area, while also adding a contemporary look.

“Our first reflection in acting in this sort of urban environment, so characteristic of the city, is to design a proposal that both conserve the character of the neighborhood while doing so from a contemporary perspective,” explains the studio. 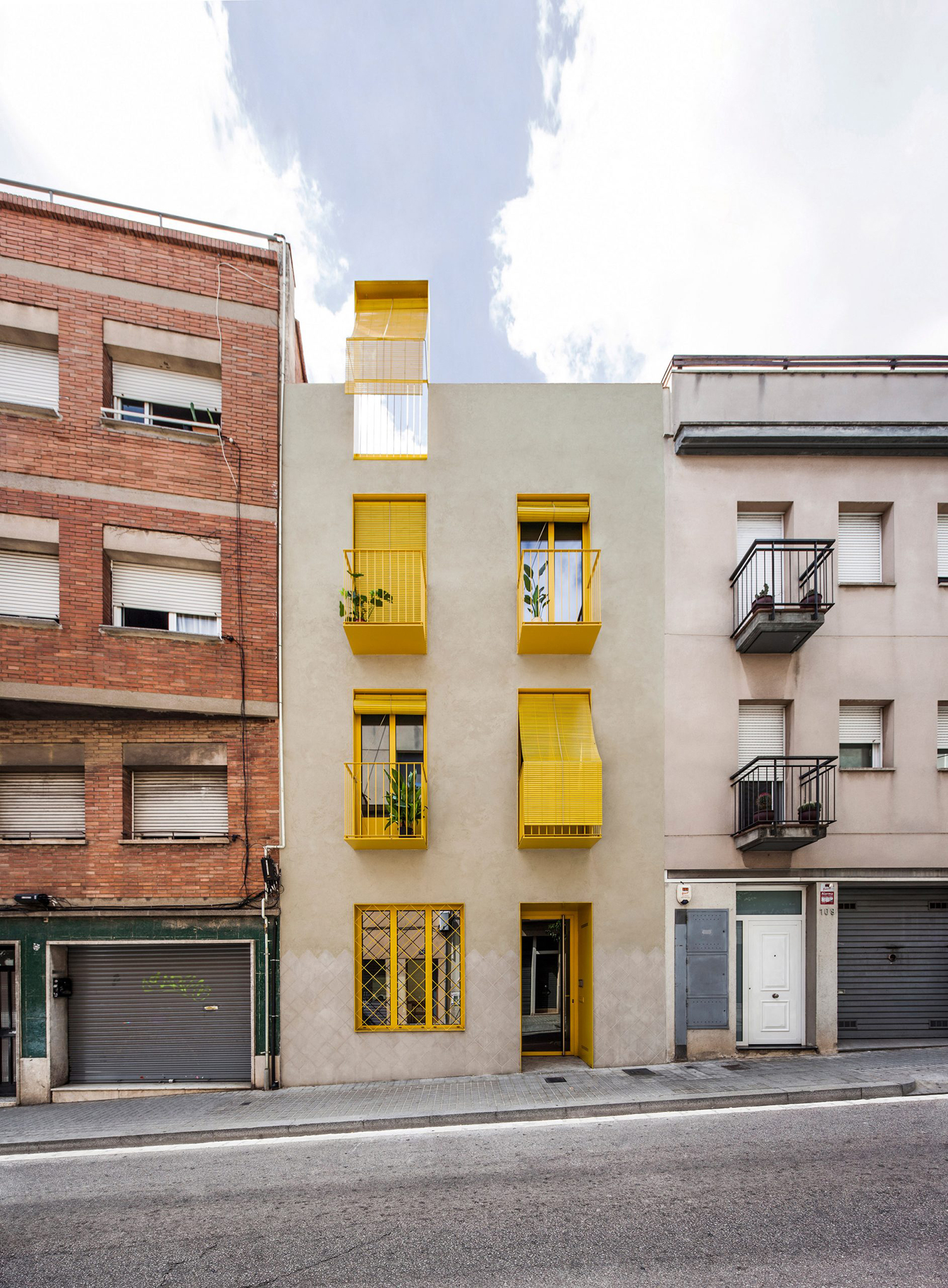 In this sense, the façade facing the street is made up of the usual elements and proportions in the neighborhood — balconies, blinds, baseboards, stucco, etc.  But the design team gives the facade a twist in its details and the simplicity of its elements, with the peculiarity that one of these elements escapes from the perimeter of the façade. The effect is, on the one hand, to tie up the neighboring lot, which is the only one on the street that does not comply with the rules of “good neighborliness”, as it has one more floor than is allowed. On the other hand, it promotes the open space of the terrace, as another living space for the enjoyment of the neighbors. 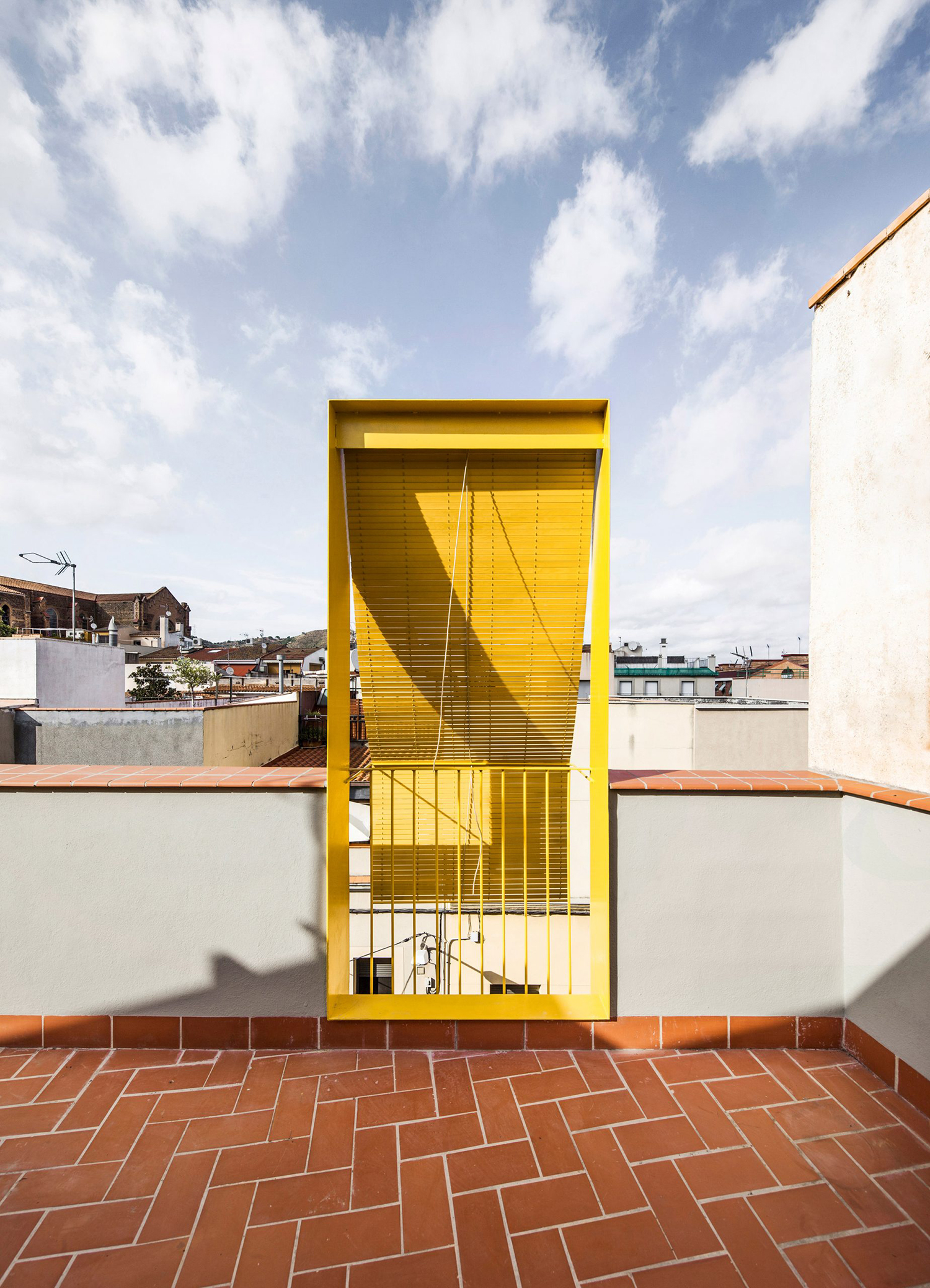 The plot is tight in all its dimensions, allowing for an apartment of only 40 m2 per floor.  Given the scarcity of surface, the proposal adds value to the homes through a central space that includes the staircase, kitchen and bathroom. This provides for two equal spaces on both facades, one faces the street and the other the block’s interior patio. 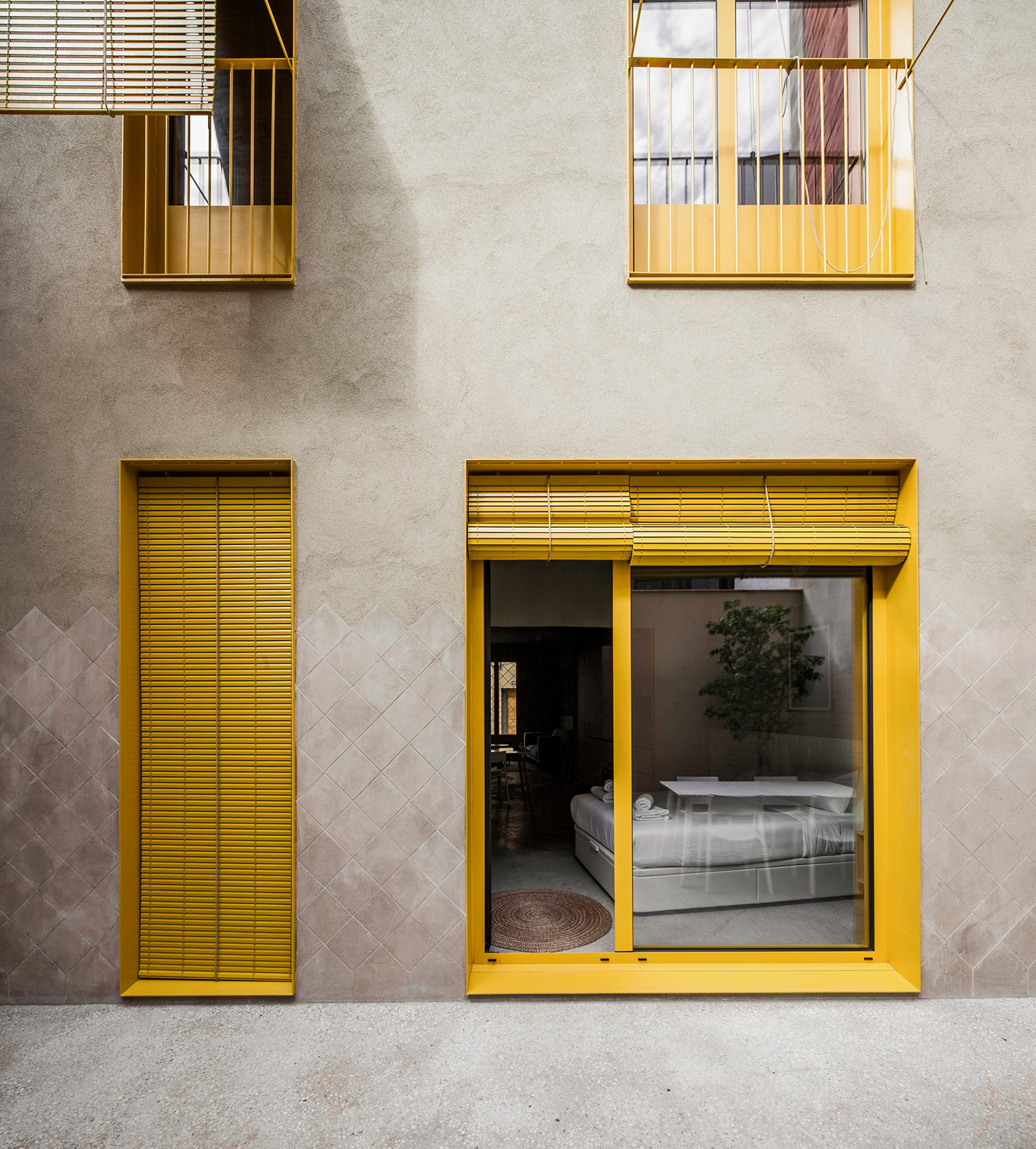 With this solution, Anna and Eugeni Bach intend to provide a certain indeterminacy in the use of these spaces. They can be set up as a traditional home, with the placement of a double room on one side and a living room on the other, or they can provide for a shared home in the style of a student flat, with two symmetrical spaces.

“Summing up all of the different combinations, there are seven ways of living in these three houses, seven lives, like seven windows,” concludes the studio. 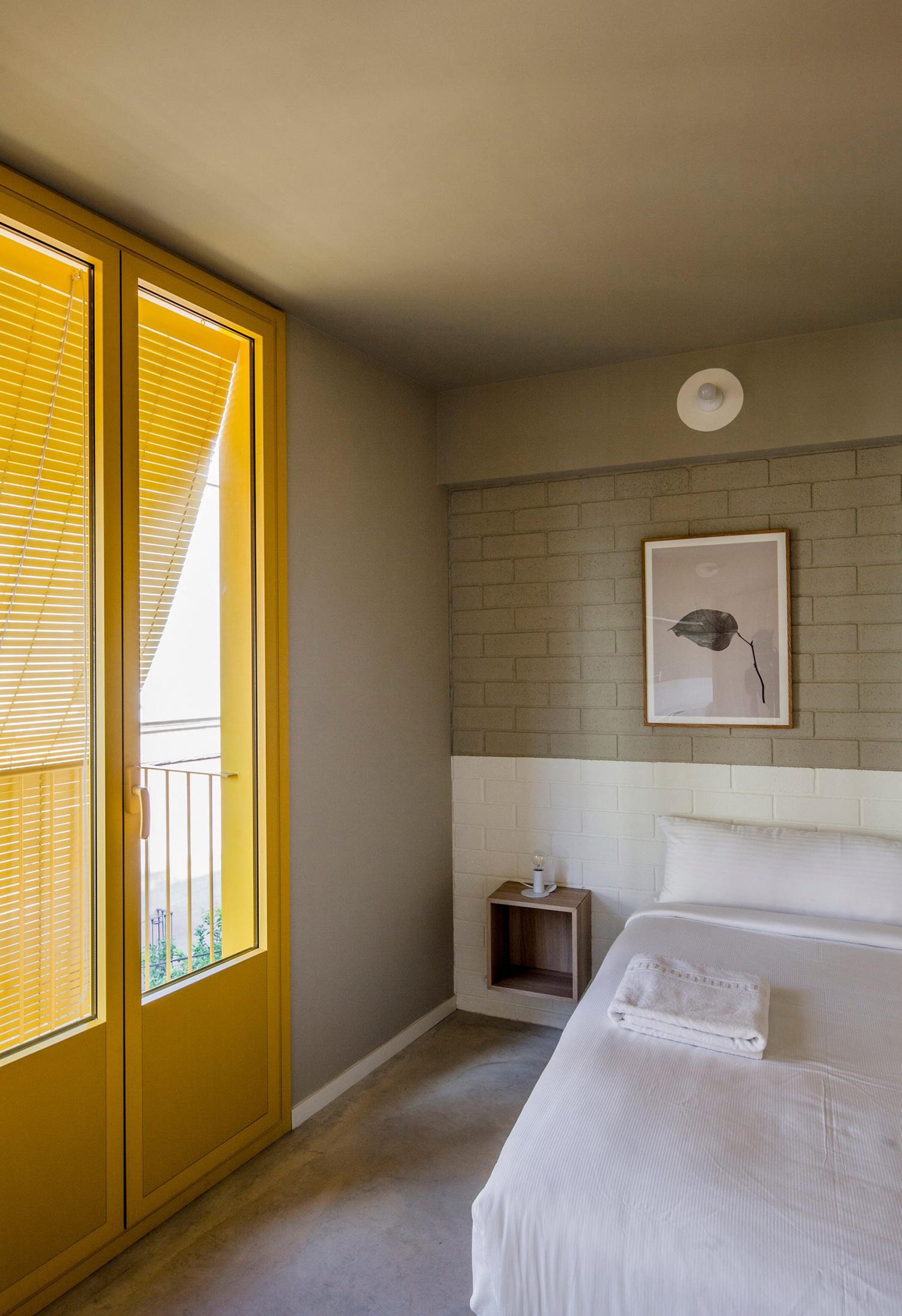