Israeli studio Paritzki & Liani Architects has left an opening in the façade of Eucalyptus House to create space for an old tree. The house is located in the final section of a small street a few steps away from the pedestrian flow of Shabazi Street, a crowded street with the shops and bars of Neve Tzedek. The view shows a scene that concludes a colored abacus of different-shaped houses of this neighborhood, from which the city of Tel Aviv was born. 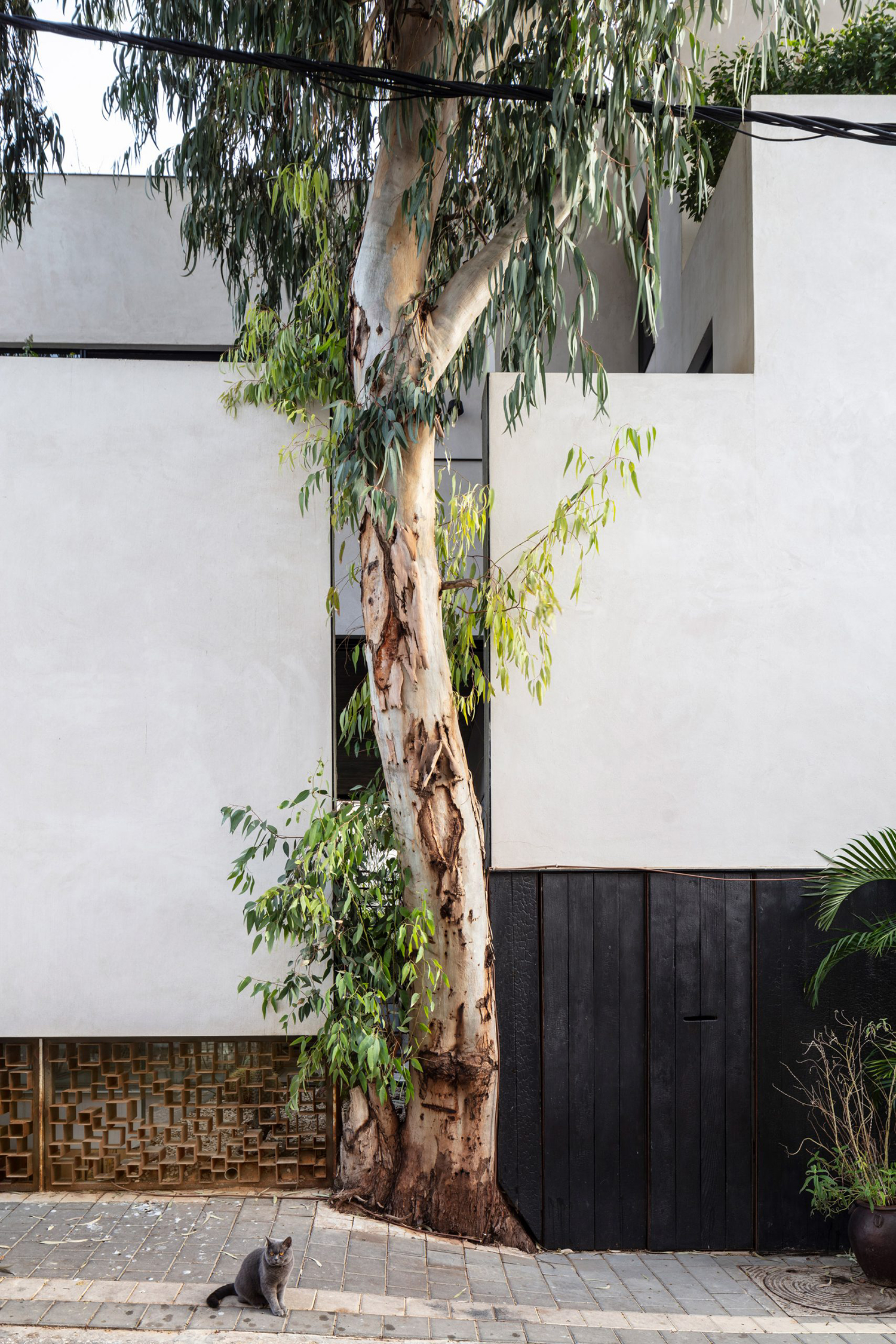 The side on the sidewalk, the façade looks like a rectangle vertically divided by the empty space built for the roots and the lively branches of the tree. The see-through pattern in metal between the street and the wall/façade allows a glimpse of the interior of the house. The entrance is marked by the black burnt yaki-sugi wood door, a traditional Japanese method to preserve the wood by burning it. This material is also partially used in the interior. 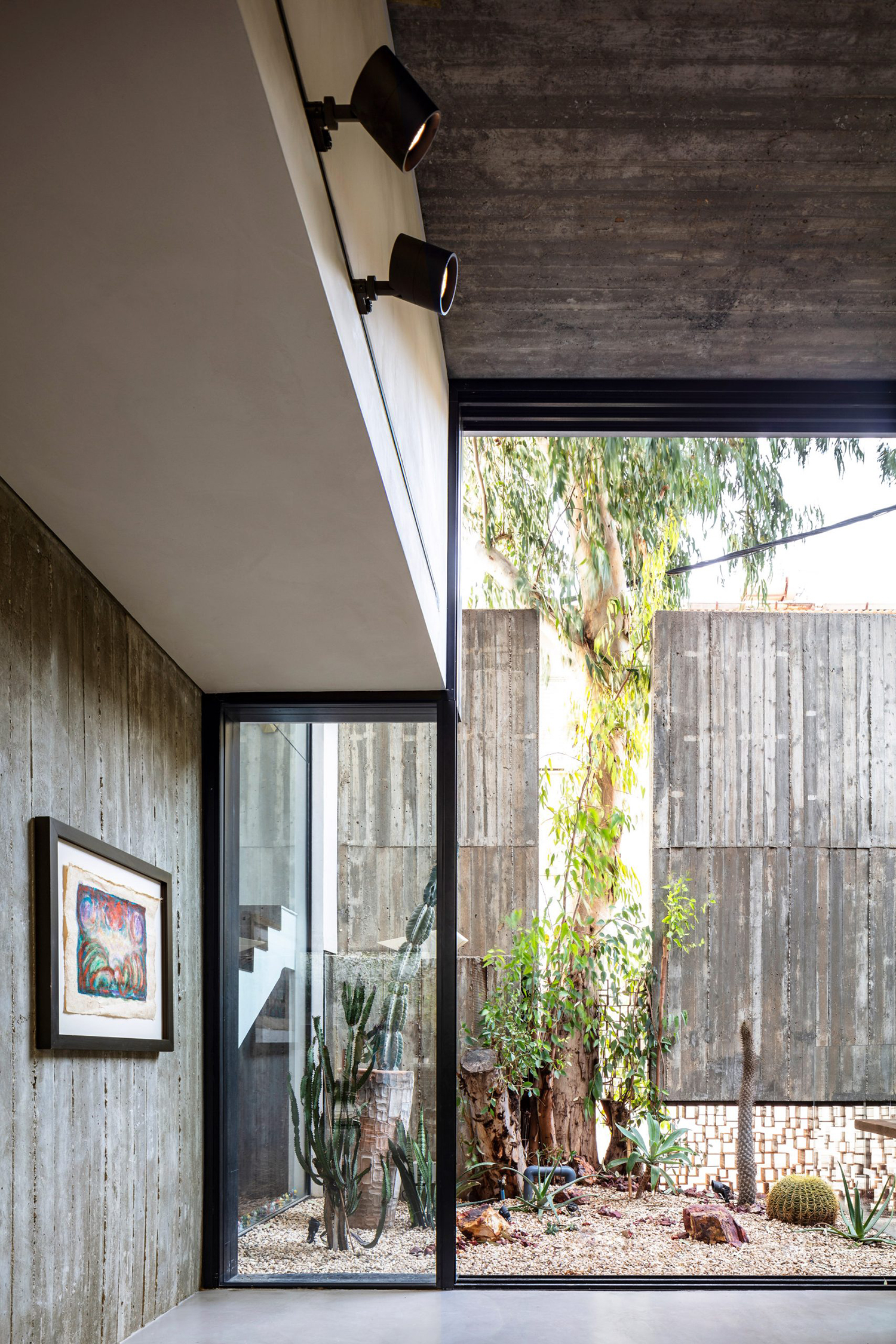 The design idea of this area between two pre-existing buildings was to create a house of four misaligned levels. By fitting together the volumes of different dimensions like boxes and putting them on different levels, we created two sections, vertically divided in two and three floors. A raumplan that allows, with a difference of height of only 0,50 m, to keep the private rooms separated from the core of the house. 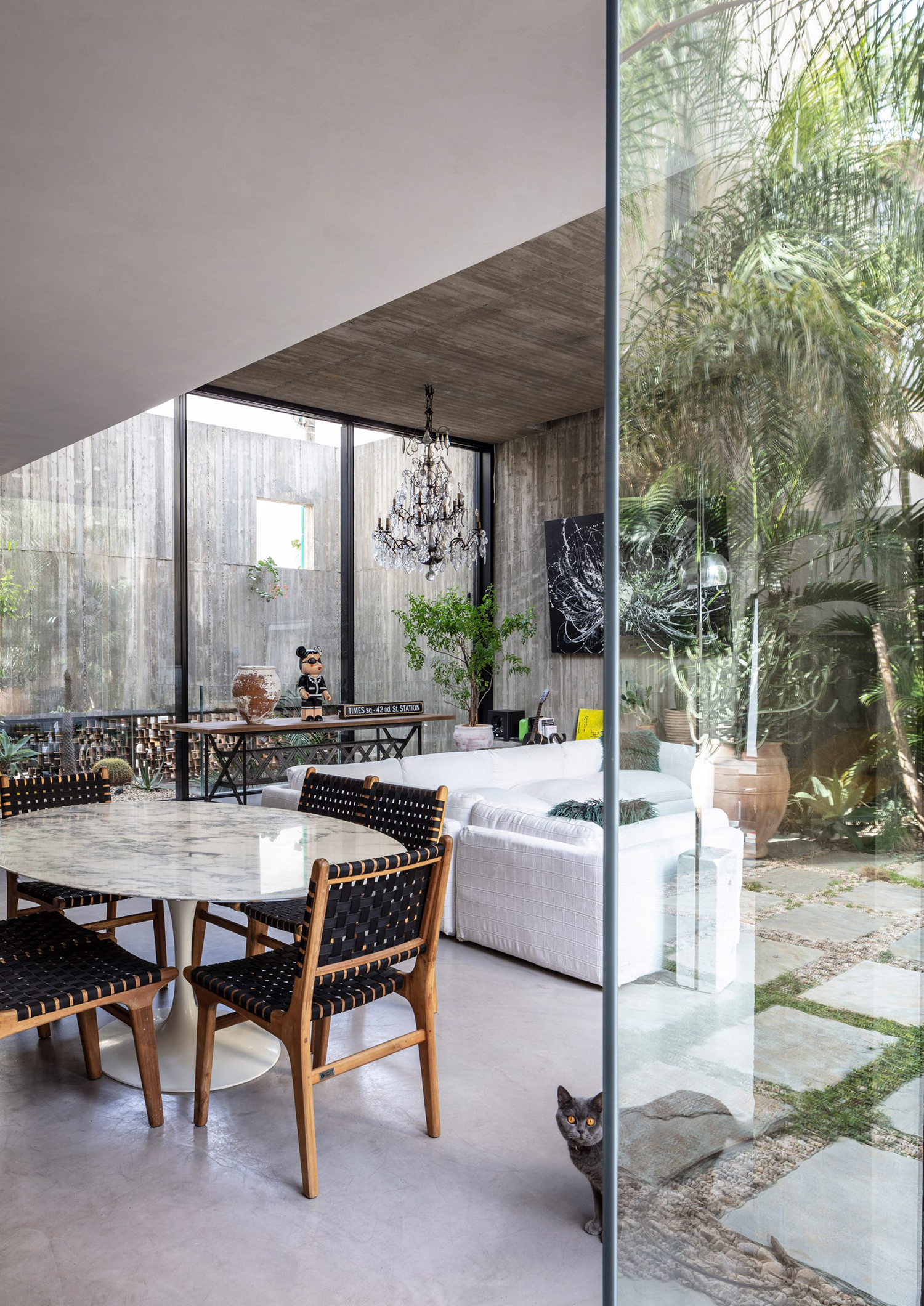 Following this idea the living room, located between the two patios of the ground floor, has a double-height of 4.00 m. It is a place of intimacy and domestic sharing and at the same time, it contains the most public area of the house. A tree patio, placed between the interior of the house and the street, creates a deepness among the sections and enhances the natural ventilation.

From the entrance, at a height of 2.20 m, it is possible to go down to the lower floor, where the independent apartments of the two sons are located at a height of -3.00 m. This area faces a small courtyard visually connected to the upper tree patio. 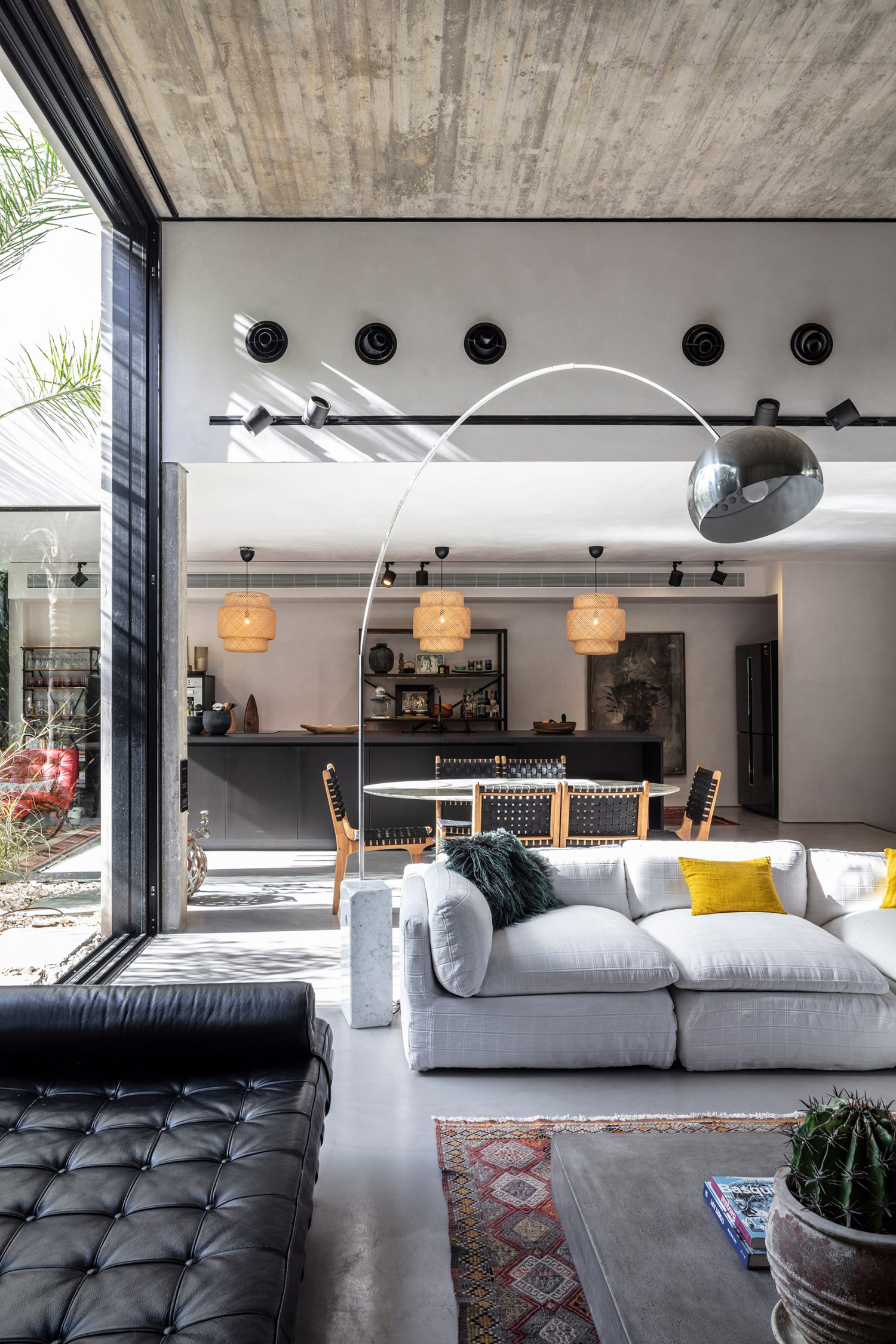 The volume of the small study and of the private rooms of the other two sons was inserted together with the one of the living room at the two upper plans. These rooms were thought of as independent units and are situated on different levels in order to preserve the privacy of the inhabitants. This difference of height continues until the roof/terrace, where the private apartment of the parents is located, together with the roof garden and the swimming pool.

The internal joints and the meeting points of the different volumes are characterized by light cuts that pass through the two parts of the house. The independent patterns of the paths that weave together inside the house and tie together with the flying branches and the wood trunk of the eucalyptus, create a constant visual line between the green of the ground floor and the light of the upper floors. This allows the four sons and the parent to develop their own artistic activities independently and privately inside the house.