Studio Ben Allen was invited to overhaul a Victorian house by a retired couple who wanted to reorganize its layout while introducing a new kitchen and two bathrooms in north London.

Studio Ben Allen was encouraged by the client to use the project as a testbed for ideas. They used the project as a vehicle to push the boundaries of off-site fabrication – something that they felt was lacking in smaller scale residential or alteration projects.

The architects were keen to consider how the extension could demonstrate exemplarily use of pigmented patterned concrete as both structure and architectural finish. Green patterned columns and beams create a framework for the salmon colour structural wall panels of the first-floor bathroom. 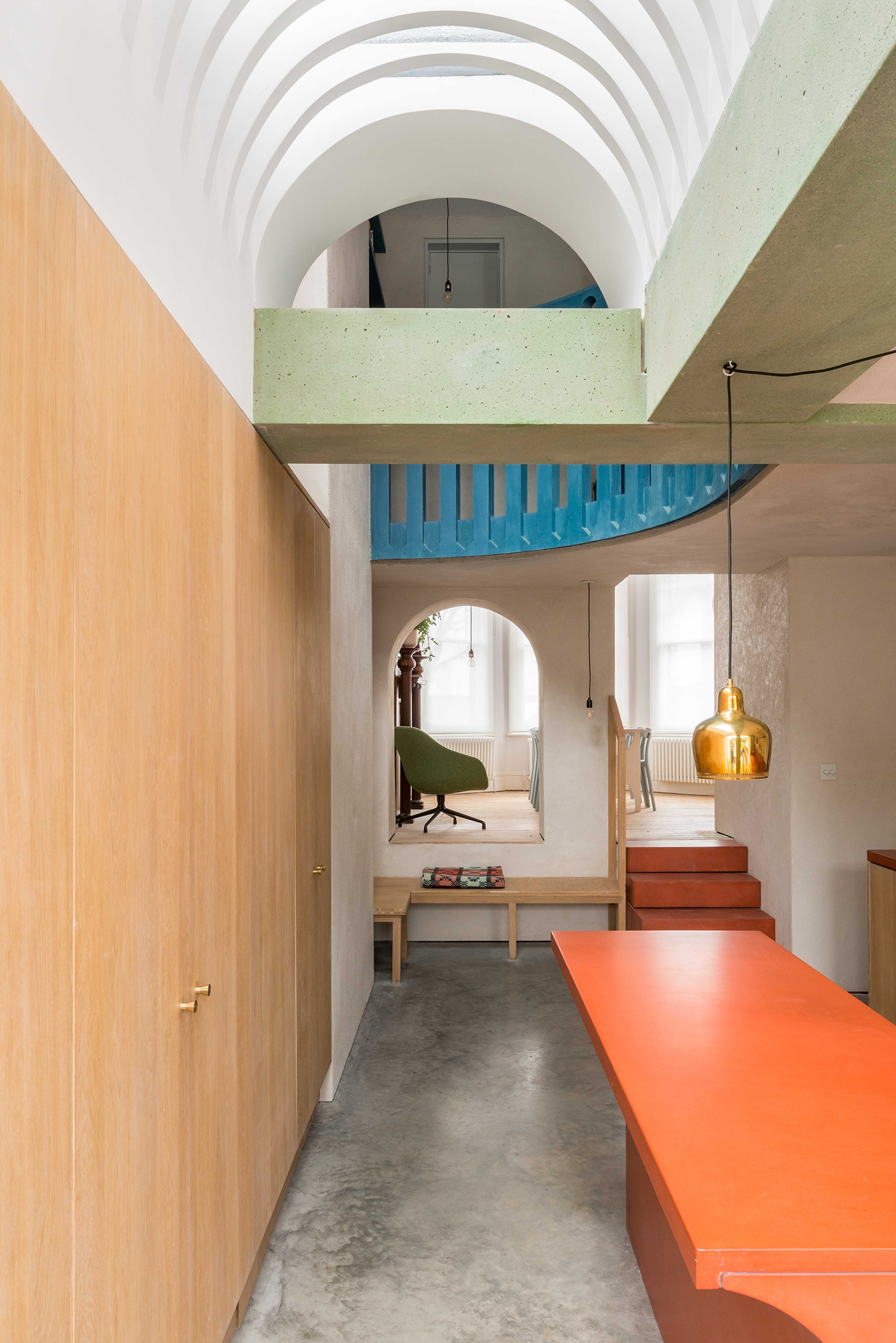 Internally the use of pigmented concrete continues – with stairs, counters, sink, floors, benches, bath and washbasin all cast in pigmented concrete. Use of offsite fabrication greatly reduced time on site, the main frame and walls of the extension being erected in just three days. 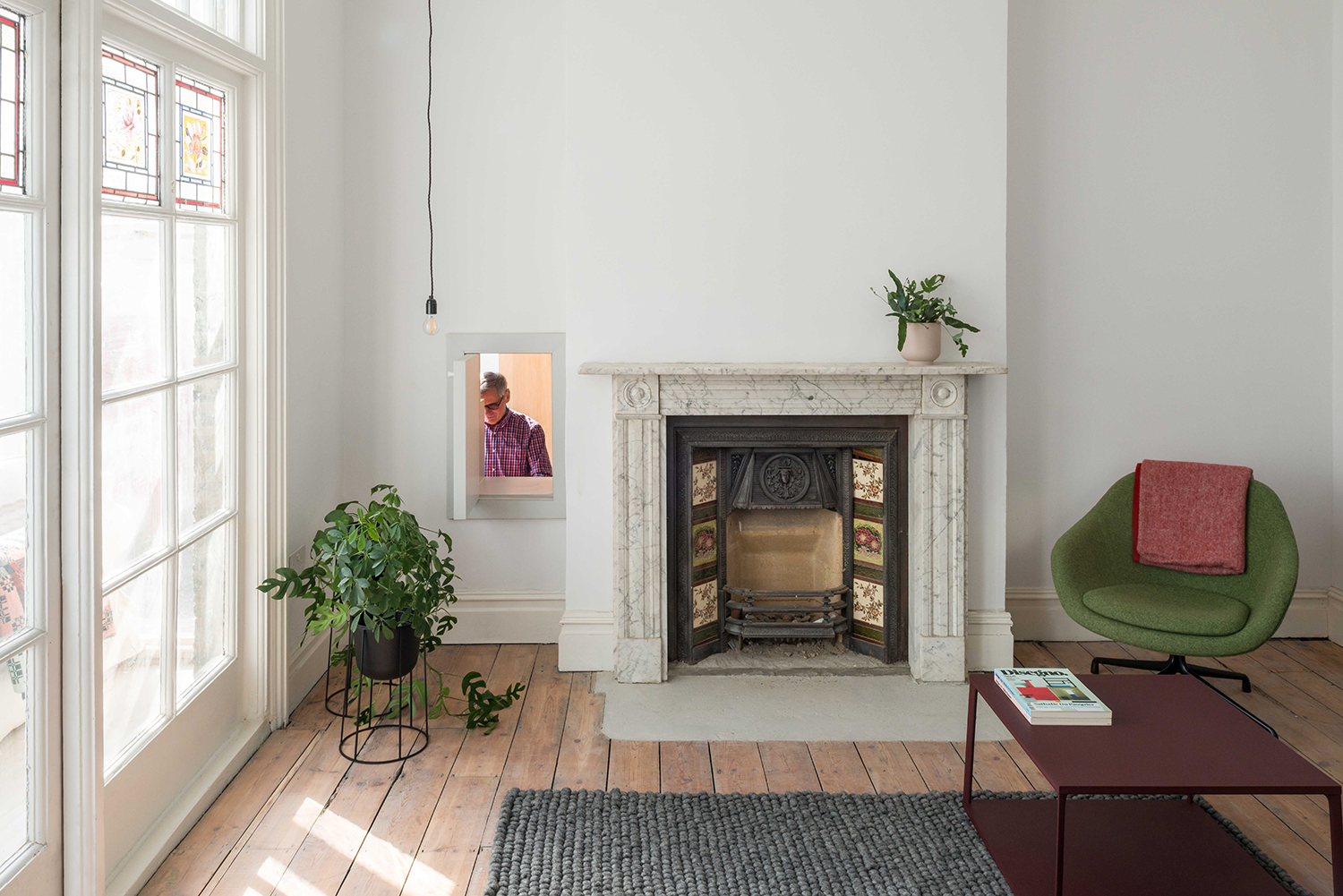 A second theme is the use of louvered vaulted ceilings with bring diffuse light down into both the kitchen and bathroom. A double height space connects the new ground floor spaces with a new mezzanine on the first floor which in turn is connected to the main stair.

This void allows light to penetrate deep into the house while also creating visual and aural connections through the house. Additional openings create similar connections on a smaller scale from the living room, dining room and study to this central void. 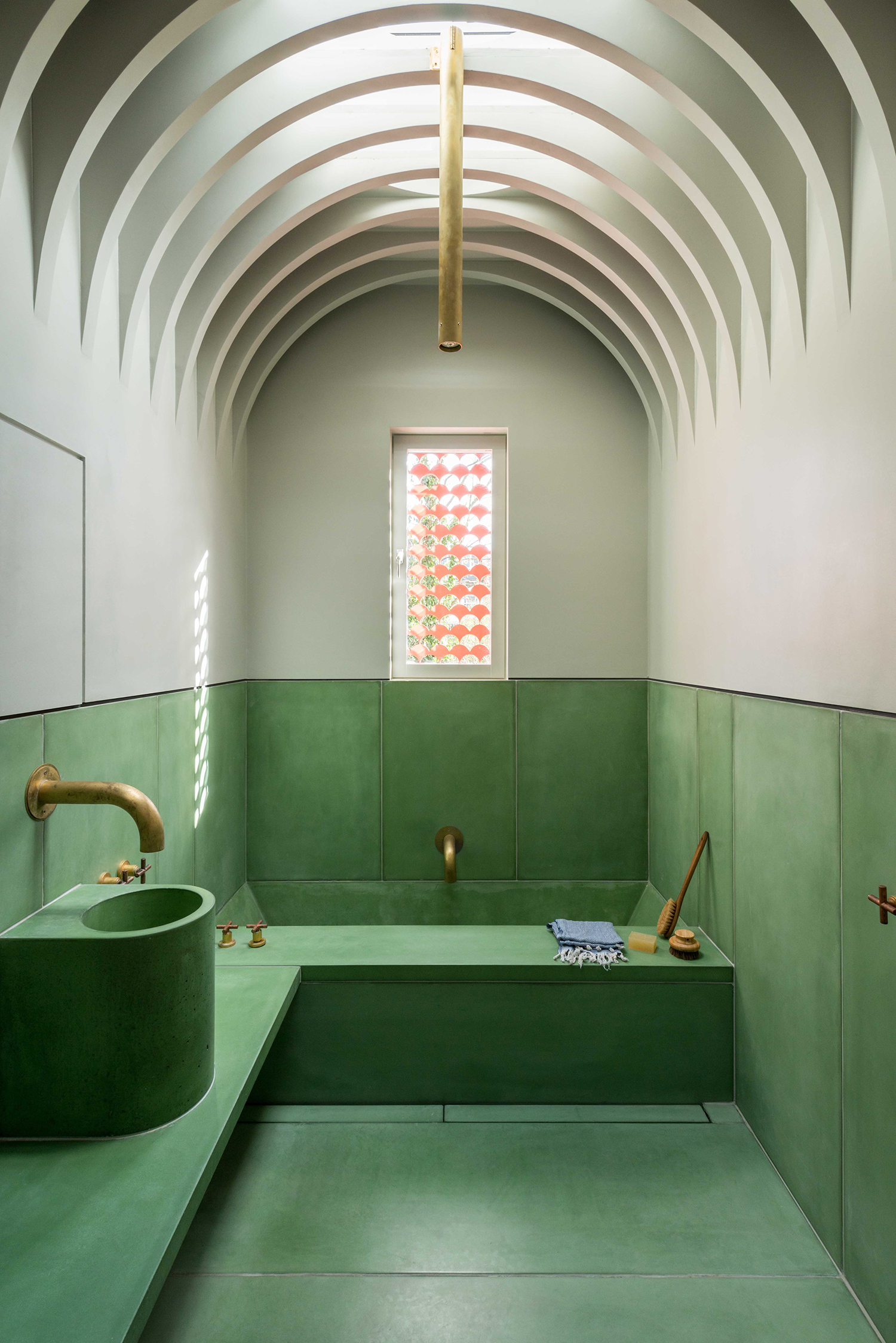 The design team tried to push the boundaries of one material – namely concrete. The innovative use of concrete not just as structure or architectural finish but as both combined. This approach was inspired by the surrounding Victorian architecture, where the brickwork is patterned and decorated while also being a loadbearing material whilst having the speed and quality by being fabricated of offsite. 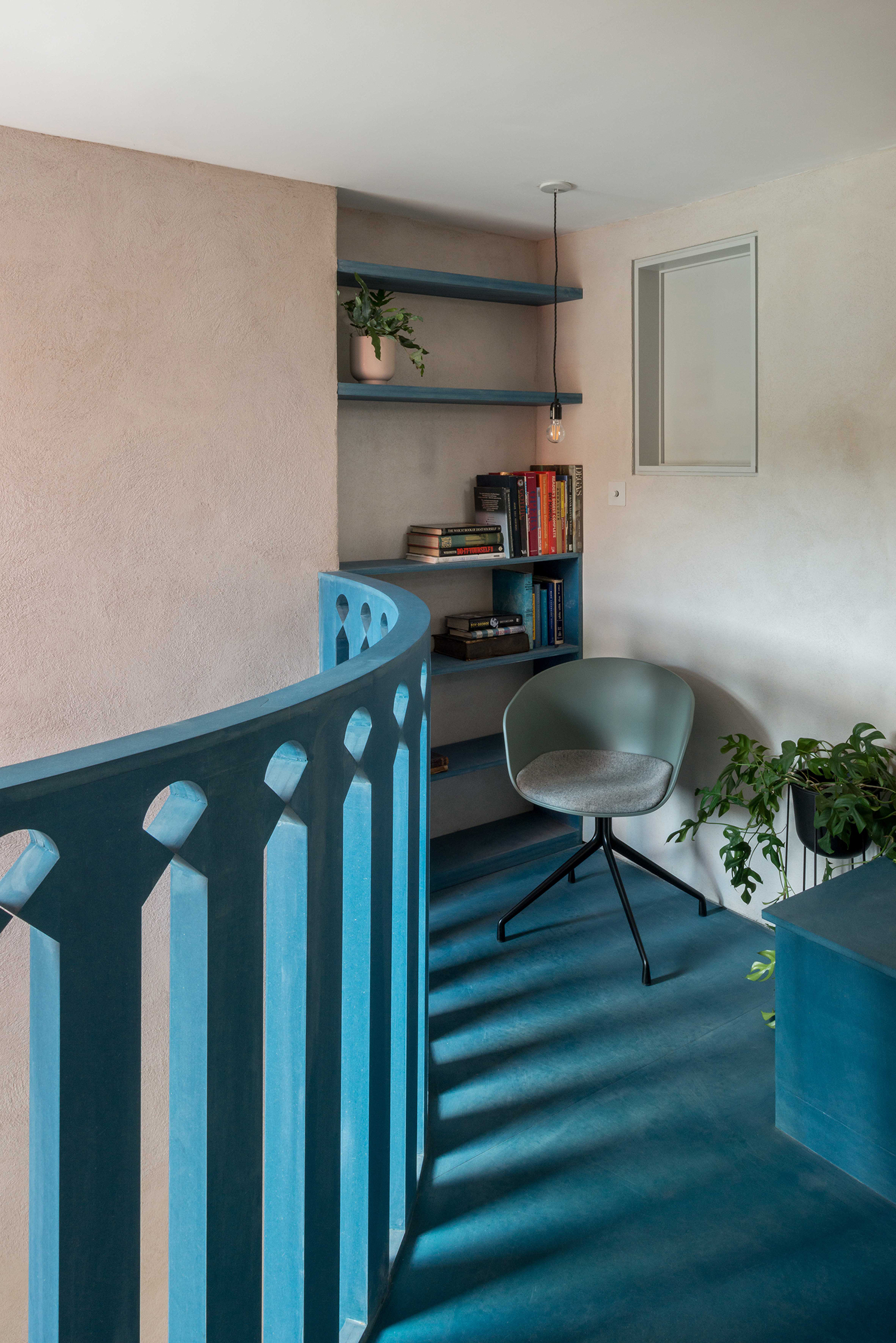 The colours and use of materials were also inspired by high Victorian architecture in terms of richness. The bathroom is intended to have a hammam like feel. The pattern on the main facade is mirrored in the balustrade which was CNC cut by the architect and delivered as an easy to assemble kit of parts. Other bespoke details are the shower and basin and bath spouts which are bespoke.

The House Recast is the overall winner of this year’s Don’t Move, Improve! awards, which is organized annually by New London Architecture (NLA) to showcase the diversity of homes in the UK capital. 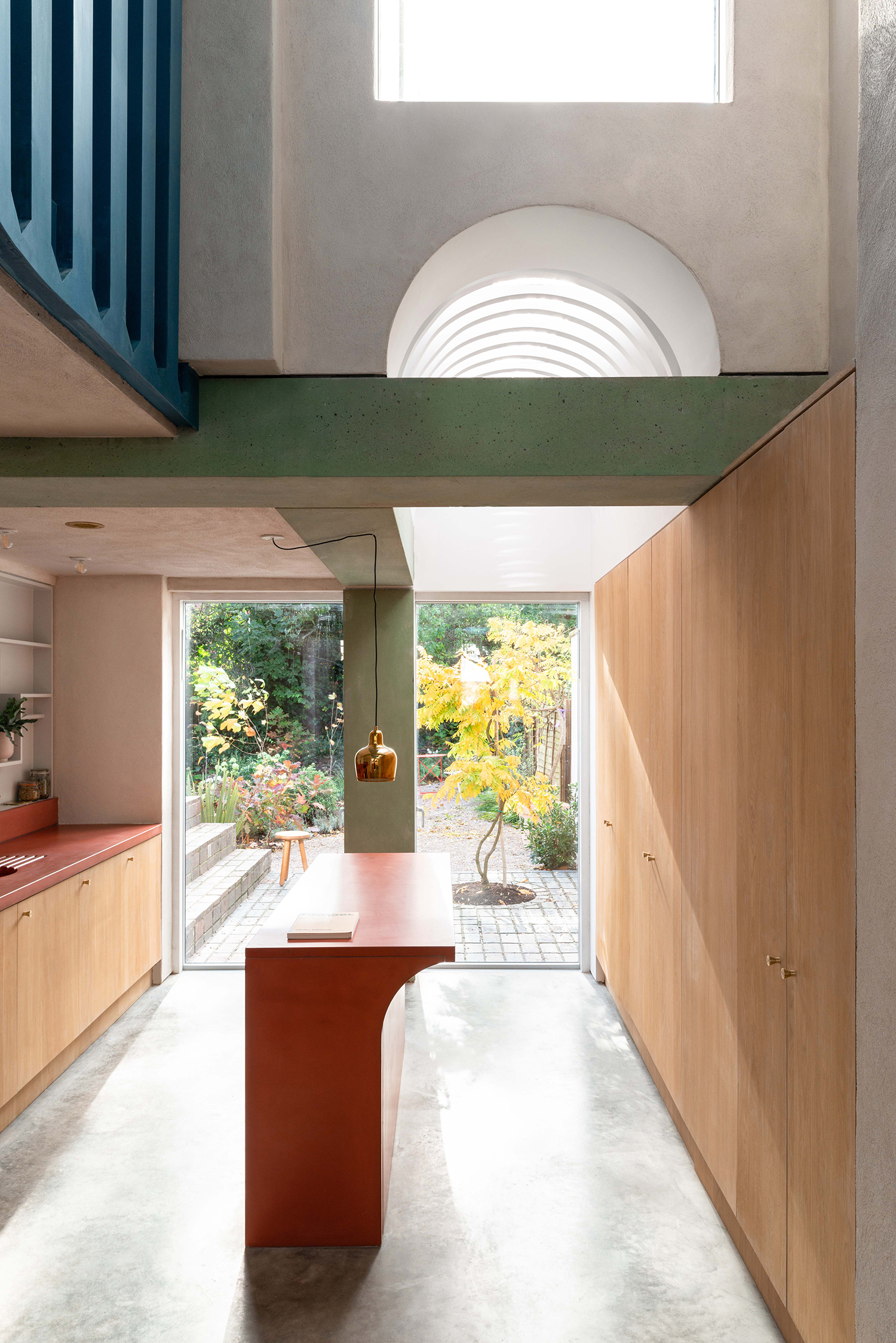 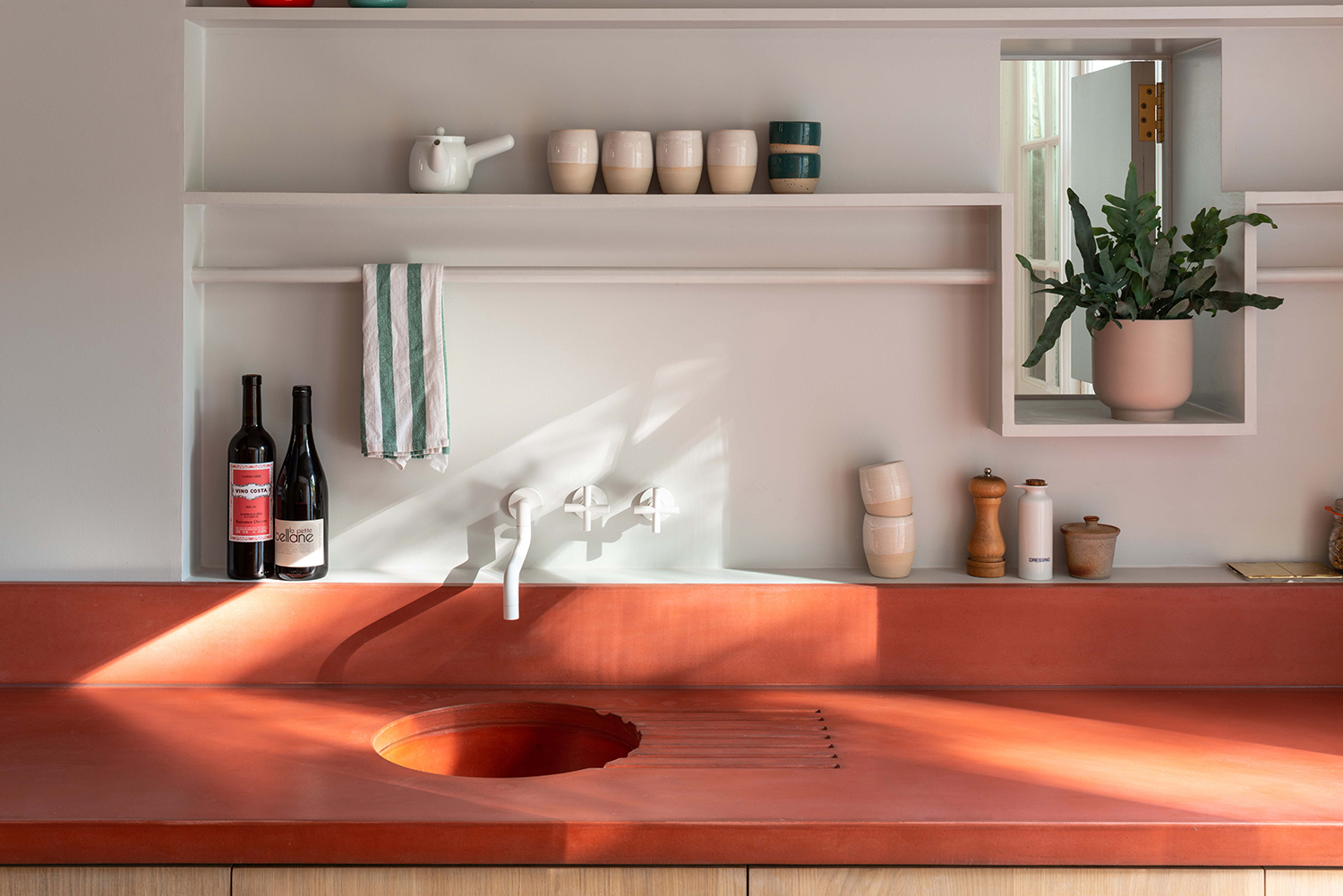 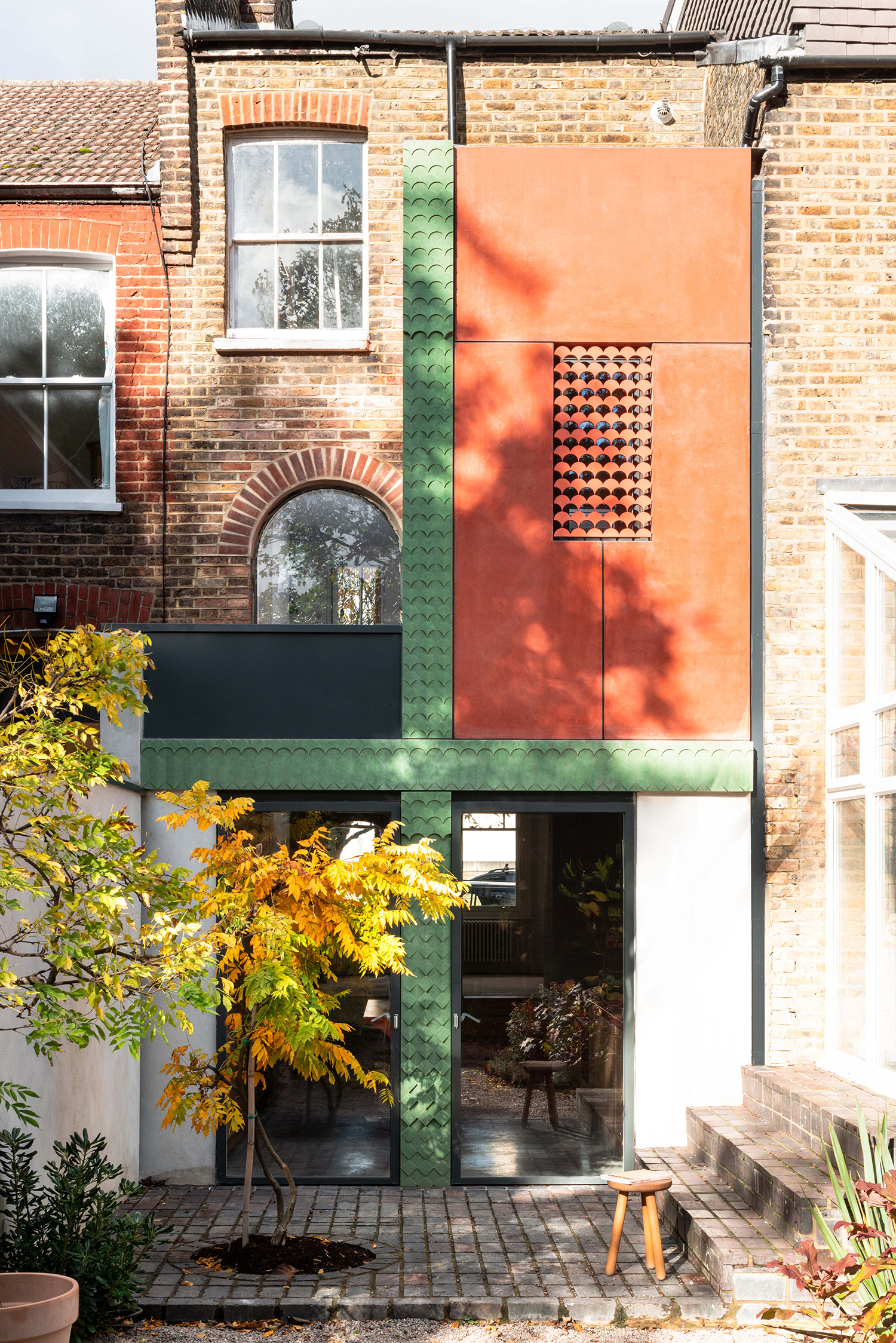