When people think of casinos, they do not think of creative architecture. Instead, the first images that come to mind are windowless, vast gaming floors with patterned carpets. That is an accurate visual, as most are psychological exercises in optimizing space, décor, and atmospherics to stimulate gambling. Usually, lower to mid-level structures that host games of chance are nothing more than crude buildings whose sole criteria is to feature expansive areas that can support loads of foot traffic.

That is a strange trend considering that gambling locales in the modern form that we know them as today have been around since 17th-century Italy, and they have a history of boasting luxurious designs. Nowadays, only higher-end venues strive to achieve pleasing aesthetics to both casual and artistically informed eyes. In 1999, the Venetian in Las Vegas launched the mega-resort era and set the standard for opulent gaming venues worldwide. However, rather than concentrating on grandeur, let us focus on a few gambling establishments that offer something architecturally imaginative. Note that design creativity is more common for a new casino rather than older ones.

Opened in 2016, Casino La Seyne rests alongside the boulevard Toussaint-Merle and the municipal park in the La Seyne-Sur-Mer commune in the Var department in the French Riviera. It aims to capture the spirit of the former site’s shipyards, also doubling as a culture center. The casino itself is in the heart of this vast rectangle-shaped construction. A large stone square greets visitors at the venue’s shared entrance, and glass windows offer panoramic views of the harbor and the nearby watchtower. The La Seyne cultural center and casino stretches 5,100 square meters. Studio Divo and Virginie Curtillet are the two French companies responsible for its interior appearance.

For the uninformed, the administrative region of the People’s Republic of China, Macau, is the world’s premium revenue-generating gaming spot. It took over this title from Las Vegas in 2007. Over the years, this narrow peninsula has become synonymous with opulence. The Morpheus Hotel and Casino is only one example of its jaw-dropping human-made sights. It is a neo-futuristic building that is 160 meters tall and is Asia’s first building without a singular internal column. It started operating in 2018 and cost over $1.1 billion. It is the brainchild of Zaha Hadid Architects. 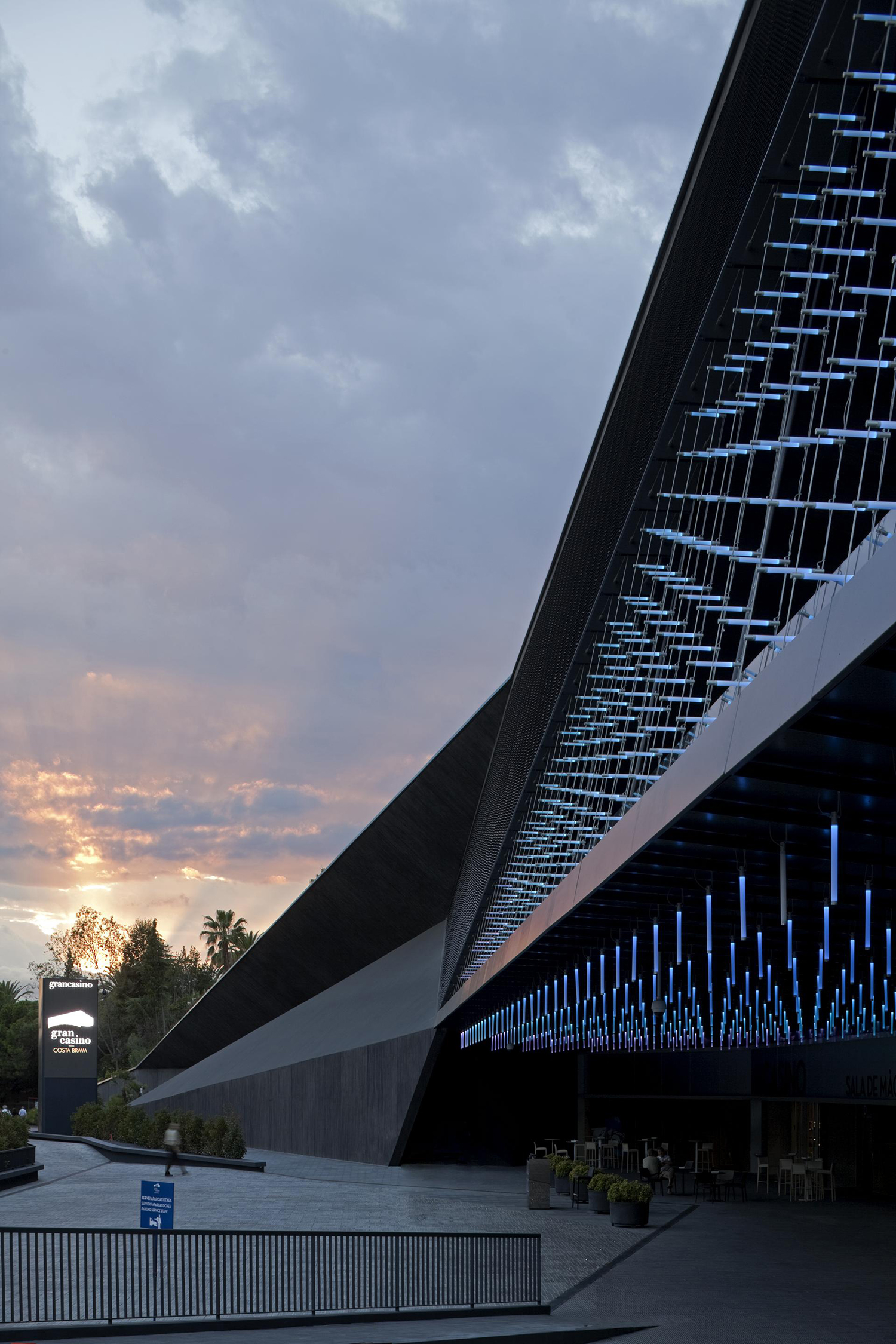 Located in the Catalonian coastal town of Lloret de Mar, Costa Brava Gran Casino is a 2010 project located in the historic gardens of the Gran Hotel Monterrey in the city center. It utilizes a novel architectural style that divides the building into three differentiated levels that integrate with its surroundings, as the structure appears to be rising out of the ground. From a distance, it looks like a common element of the landscape’s topography. It has a somewhat Avant-garde image and attempts to convey a sense of dynamism, movement.

Casino de Montréal is hard to describe. The massive structure that now also acts as a gaming establishment got built on the location of the former Palais des civilisations, which hosted the World Expo in 1967. In 1992, the Quebec government decided they needed a casino in their province and spent $95 million to bring one into existence, connected to the France Pavilion and the Québec Pavilion. It started accepting visitors in October 1993 and now employs over 2,800 people. Casino de Montréal is a visual marvel. Light is omnipresent here, and the casino’s gambling area wraps around a column lit by a mesh of aluminum slats.