In this major new work, Damien Hirst returns to his ‘Natural History’ series with a gilded skeleton of a three-metre tall woolly mammoth, in a colossal steel and glass vitrine. The sculpture forms part of Hirst’s ‘Natural History’ series, which he began in the early 1990s, with work including the shark in formaldehyde, ‘The Physical Impossibility of Death in the Mind of Someone Living’ (1991), and the bisected cow and calf, ‘Mother and Child (Divided). The unique piece was donated by the artist, to aid amfAR‘s work in the fight against AIDS. 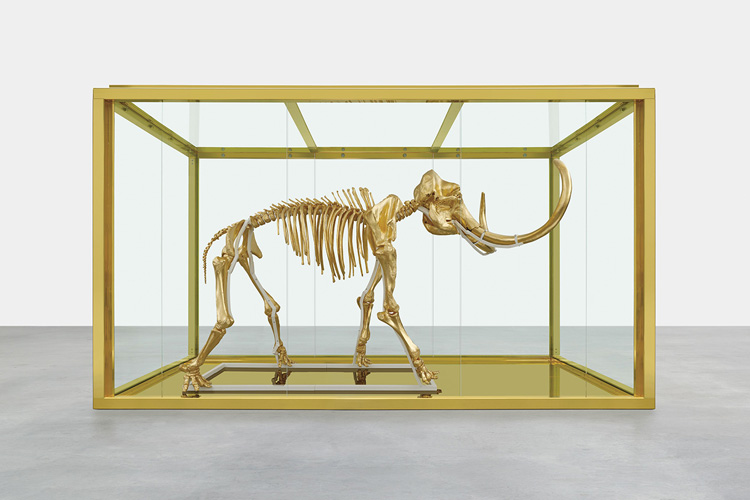 Hirst explained of the piece: “The mammoth comes from a time and place that we cannot ever fully understand. Despite its scientific reality, it has attained an almost mythical status and I wanted to play with these ideas of legend, history and science by gilding the skeleton and placing it within a monolithic gold tank. It’s such an absolute expression of mortality, but I’ve decorated it to the point where it’s become something else, I’ve pitched everything I can against death to create something more hopeful, it is Gone but not Forgotten.” A timelapse film of the fabrication of the work can be seen below. 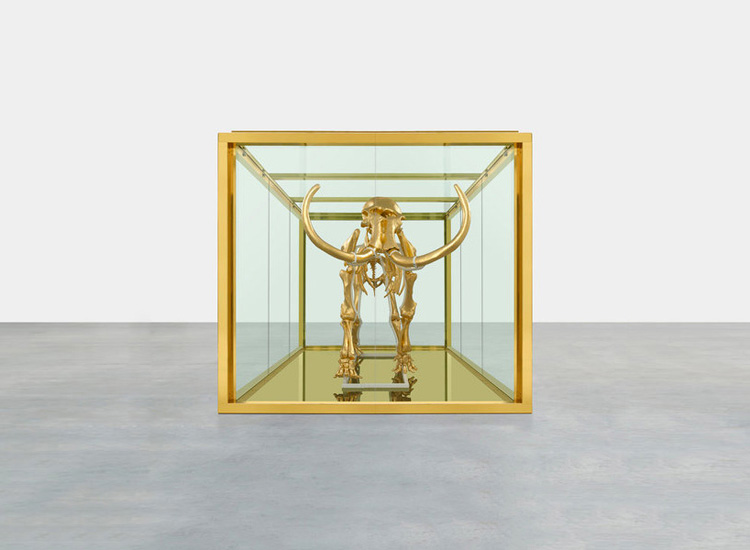