In line with the third Art Basel in Hong Kong, The Peninsula Hong Kong has unveiled a ground-braking public art installation by renowned British artist and sculptor Richard Wilson. The work, Hang On A Minute Lads, I’ve Got A Great Idea, features a full-sized replica of a vintage Harrington Legionnaire coach that appears to be teetering on the edge of The Peninsula Hotel’s seventh-floor Sun Terrace. The work is inspired by the final line of the 1969 British heist movie The Italian Job, as spoken by screen legend Michael Caine.

Overlooking The Peninsula’s grand entrance, the kinetic sculpture weighs in at a hefty six tonnes at its core, uses hydraulic equipment programmed to rock the coach by up to 12 degrees at random intervals, giving the impression that it could plunge to the ground at any moment from the legendary façade of the hotel. As an architectural intervention, Wilson’s work draws attention to the hotel’s unique architecture, thus articulating the building in surprising and unexpected new ways. 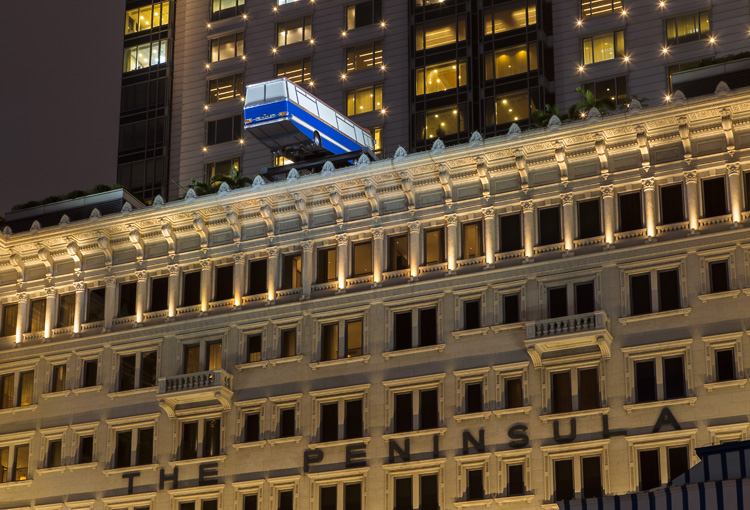 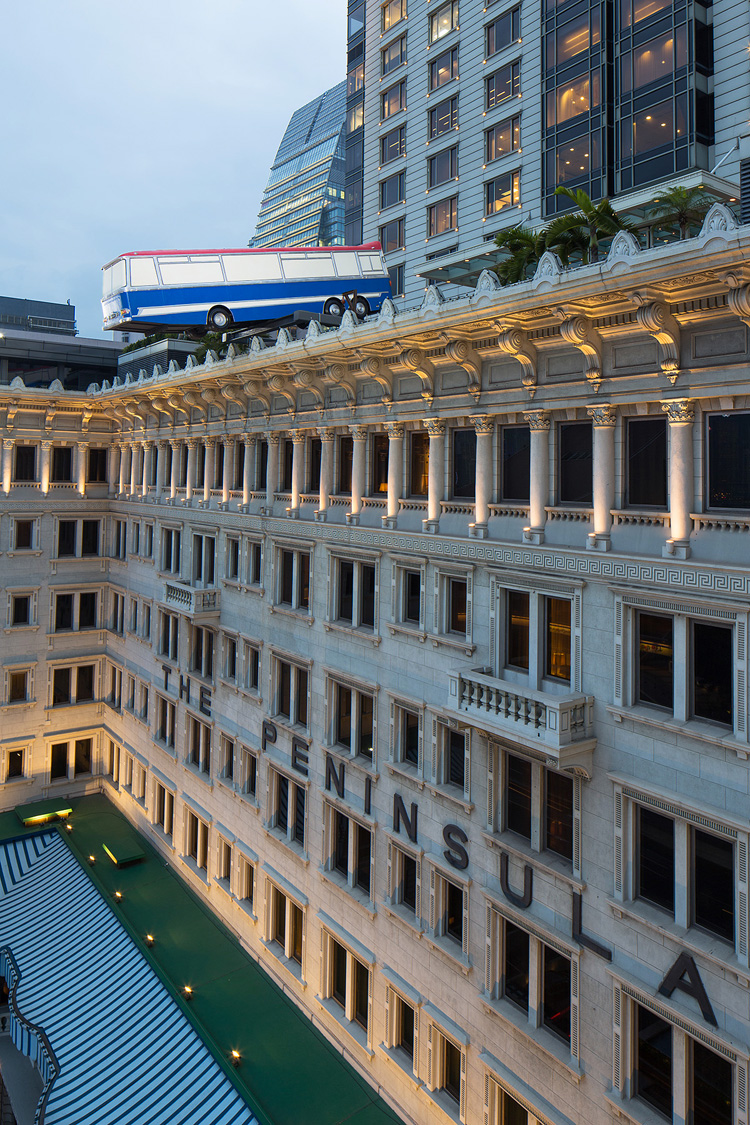 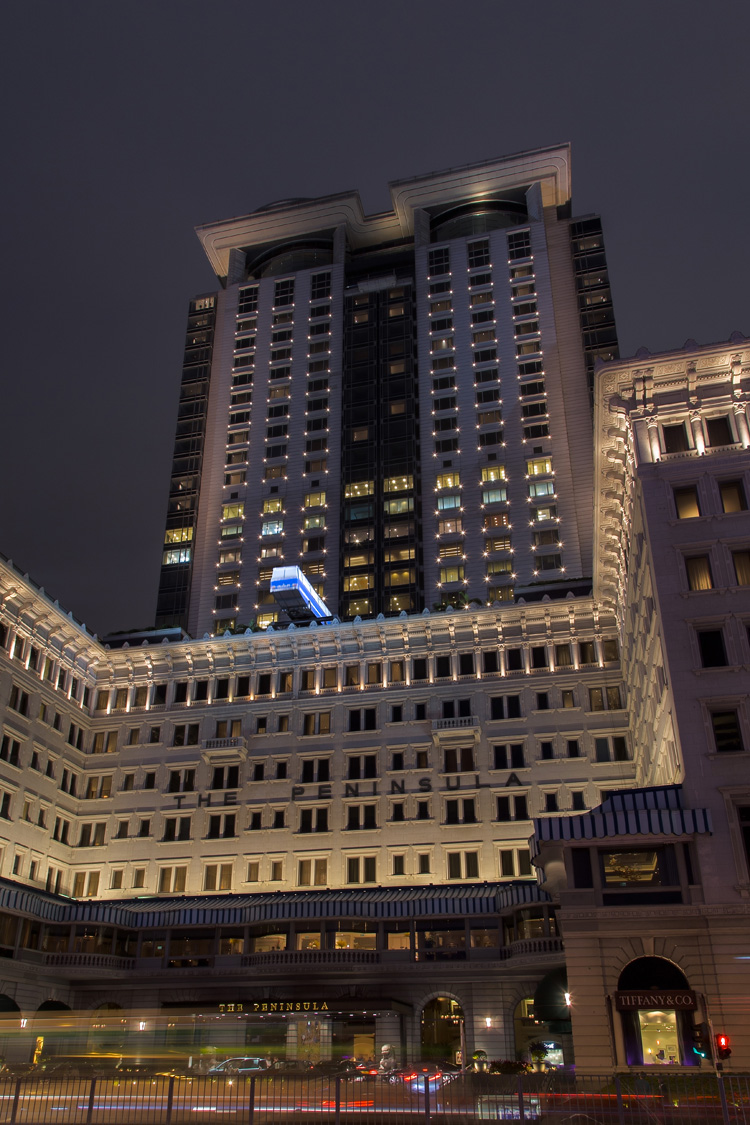 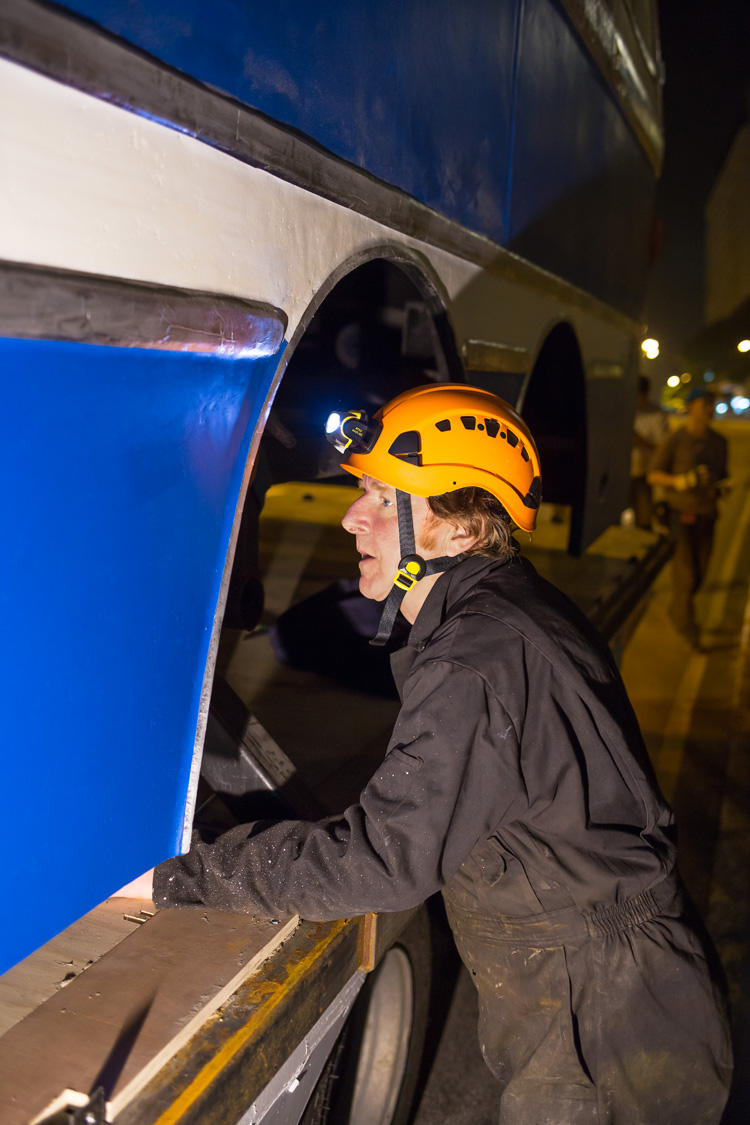 courtesy the Artist and Michelle D’Souza Fine Art. Originally commissioned by the De La Warr Pavilion, UK and generously supported by Eddie Izzard, the Arts Council England Grants for the Arts via the National Lottery and the Henry Moore Foundation, as part of the London 2012 Festival..