As part of the ‘Sculpture in Motion’ project, Hyundai as unveiled a large-scale kinetic installation designed by California-based artist Reuben Margolin at the opening of 2015 Milan Design Week, celebrating the relationship between movement in the natural and automotive worlds. Helio Curve recreates the movement of an ocean wave by suspending 400 open-celled tongue-and-groove wooden blocks within a five-meter cube, each block linked by string to an electrically-powered metal drive. The individual blocks appear to be connected to form a wave over 3m high, which ebbs and flows in a continuous rhythms of ‘living motion’ that never repeats, highlighting the variability and harmonious flow of organic movement – and celebrating movement itself as an art form. With an exclusively designed lighting, Helio Curve casts a huge fluidic shadow, enhancing the experience even further. 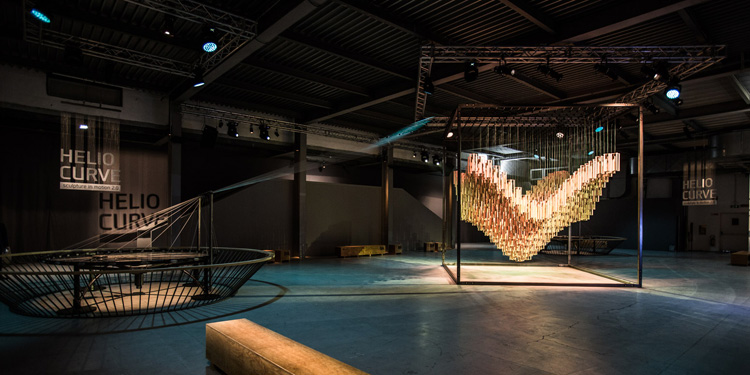 The composer adopted three key themes of ‘Cozy’, ‘Modern’, and ‘Neo Classic’ to pay homage to nature’s vibrant yet tranquil energy, which the artwork emulates. 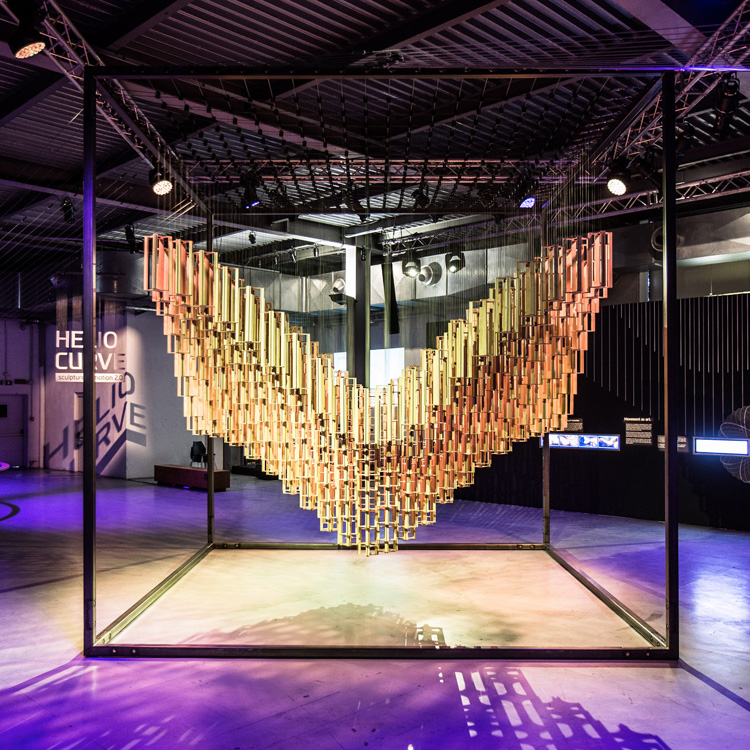 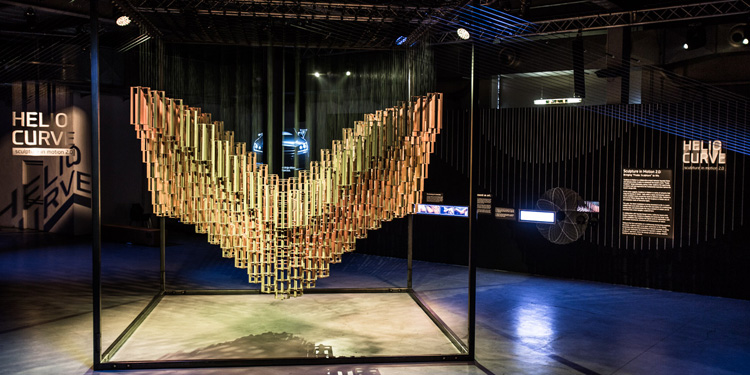 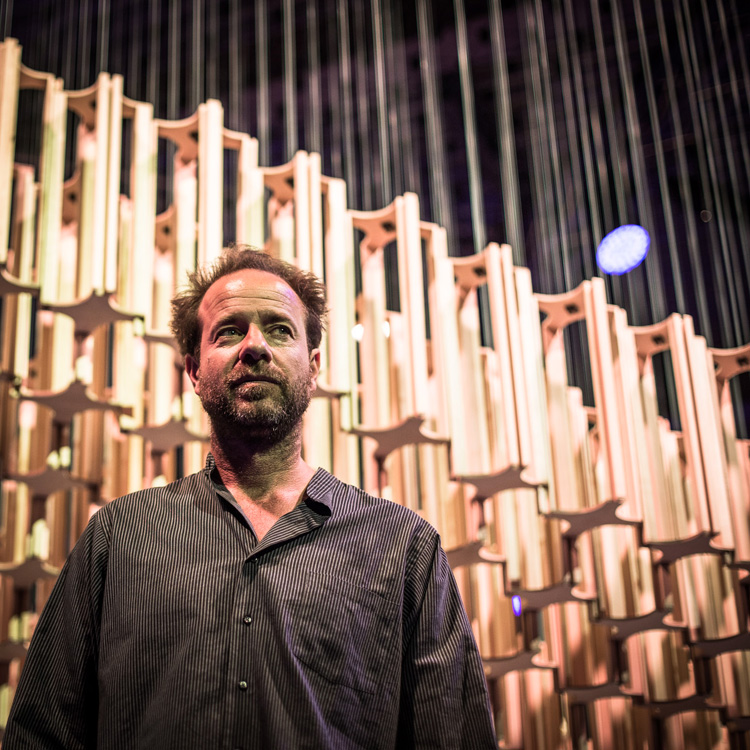 all images and video courtesy of HYUNDAI