Japanese artist Yayoi Kusama chooses once again the David Zwirner Gallery in New York to present her new exhibition entitled “Give Me Love”.  On view in two spaces, 519 and 525 West 19th Street, new paintings from the celebrated My Eternal Soul series, new polka-dotted pumpkin sculptures, and the artist’s seminal installation The Obliteration Room from 2002, are set to enchant visitors till June 13, 2015. 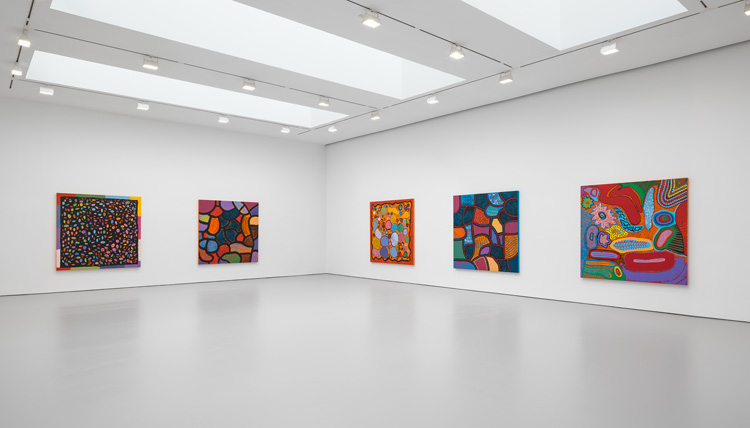 Kusama continues her recent series of large-format, square My Eternal Soul paintings with a group of canvases conveying extraordinary vitality and passion. With titles such as Fear of Youth Overwhelmed by the Spring Time of Life, I Who Have Taken an Antidepressant, and My Longing, the Unseen Land of Death, the compositions acquire an autobiographic, even confessional dimension. The bold brushstrokes and swirly shapes seem to hover between figuration and abstraction; vibrant, animated, and intense, they transcend their medium to introduce their own pictorial logic, at once contemporary and universal. As such, while they continue Kusama’s innovative exploration of form, subject matter, and space, they also represent a connection to her work from the past six decades. 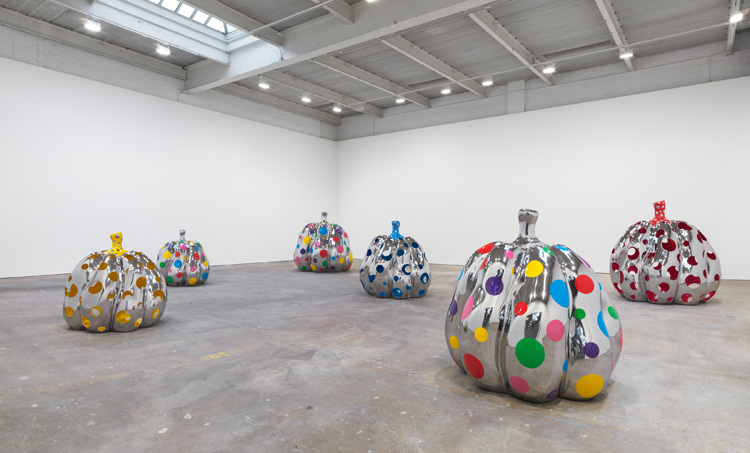 The sculptures on view include new stainless steel pumpkins featuring either painted or perforated dots. Their exaggerated sizes— the tallest being approximately 70 inches (178 cm) high—seem measured after human proportions, and their mirrored surfaces are thus able to contain viewers’ full body reflections. While pumpkins have appeared in Kusama’s work since her early art studies in Japan in the 1950s, they gained increasing prominence from the late 1980s onwards. The juxtaposition between the lush organic shape and its shiny, steel materiality here creates a psychedelic impression, but ultimately the bulbous forms emerge as celebratory and animated, absorbing viewers and their surroundings in their own image. 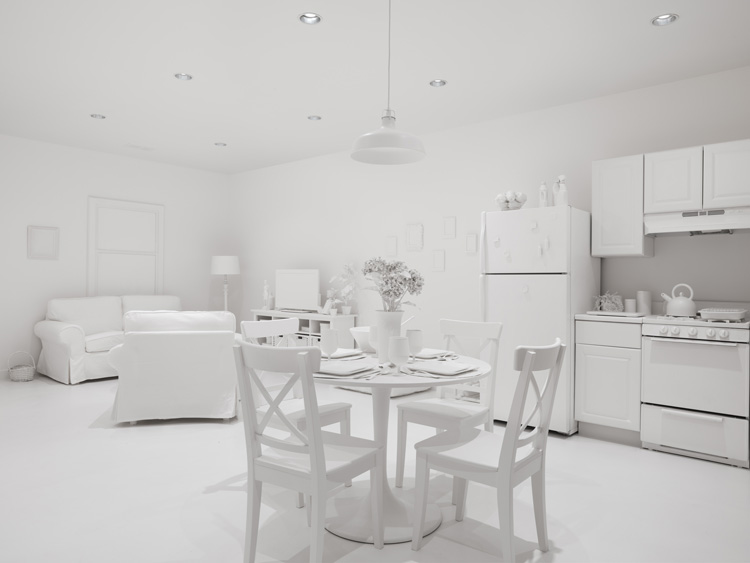 The exhibition marks the United States debut of The Obliteration Room, an all-white, domestic interior that over the course of the show is covered by dots of varying sizes and colors. In a departure from earlier iterations of the work, which have involved one or several rooms, the present installation is built like a typical, prefabricated American suburban house. As visitors are handed a set of stickers and step inside, they enter a completely white residential setting where otherwise familiar objects such as a kitchen counter, couch, and bookshelves are all painted the same shade. Gradually transforming the space as a result of the interaction, the accumulation of the bright dots ultimately changes the interior until it is eradicated into a blur of colors. A sense of depth and volume disappears as individual pieces of furniture, floors, and walls blend together.

Yayoi Kusama’s “Give Me Love” will be on display at David Zwirner in New York until June 13. 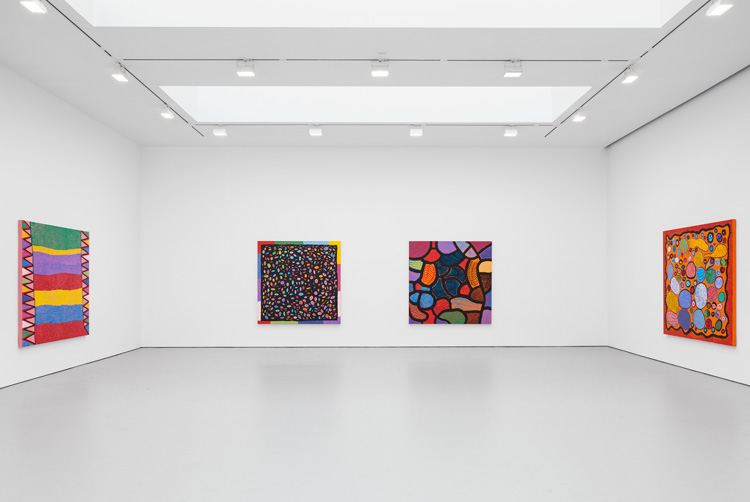 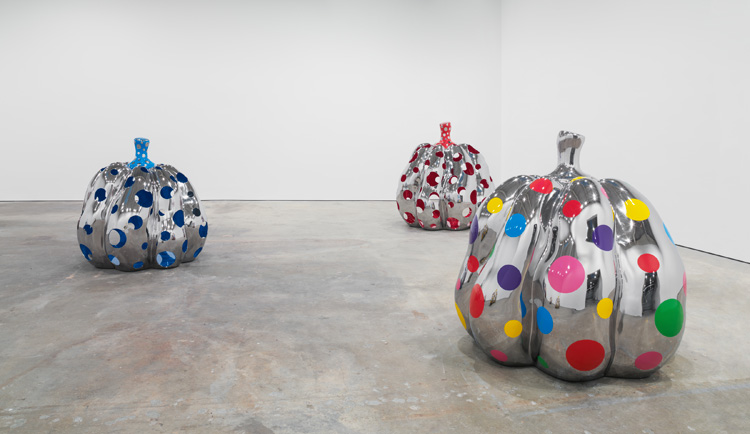 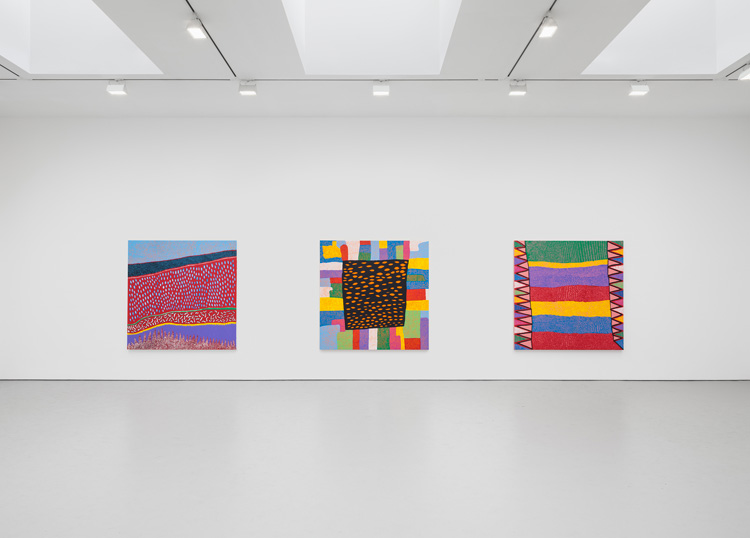