Internationally acclaimed as one of the most significant contemporary artists, Anish Kapoor returns to Italy with Descension, an exhibition project conceived specially for the former cinema and theatre space of Galleria Continua in San Gimignano. The heart of the show is the installation in the stalls area, Descension, from which the exhibition takes its name.

Descension, the installation realized by Kapoor in the stalls area of the cinema-theatre in San Gimignano, is a formal continuation of ‘Descent into limbo‘, the work presented in 1992 at documenta IX; in Kassel. In the middle of a cube, a kind of apparently bottomless black hole opened up in the floor, “dragging” the viewer into it. Descension destabilizes, undermines our perception of the earth as a solid element, and confirms Kapoor’s interest in non-objects and self-generated forms. In its state of flux and movement, Descension presents us with a perpetual force, a thrust downwards and towards a totally unknowable interior. 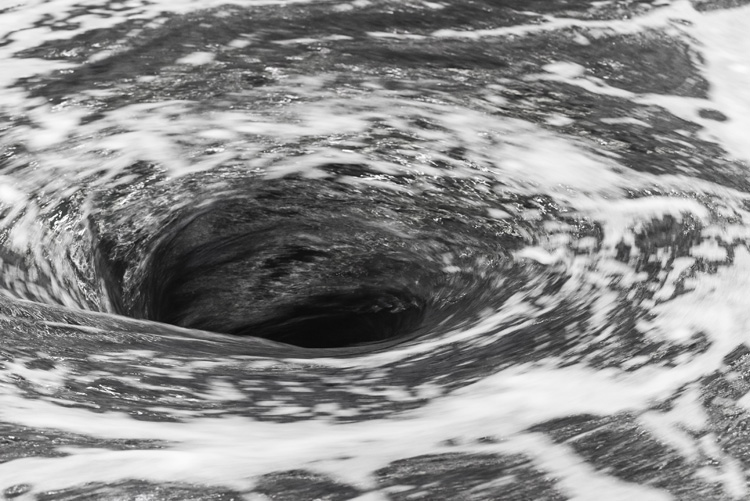 The exhibition also features a series of new sculptures in alabaster, in which Kapoor has carefully carved out a highly refined section. They invite the spectator to reflect upon the concept of the infinite and the mysteries of time buried within their form and substance. One of the most distinctive aspects of Kapoor’s work, especially the ones in stone, is the sense of eternity they convey. Thanks to the translucent qualities of the material the artist manages to reinforce the sense of the transition from painting to sculpture and from painting to aerial dissolution and through to becoming light. The intense red of some of these sculptures, as of other works in the show, is suggestive of something organic.

Anish Kappor’s Exhibition at Galleria Continua will be on display until September, 5, 2015. Learn more at galleriacontinua.com 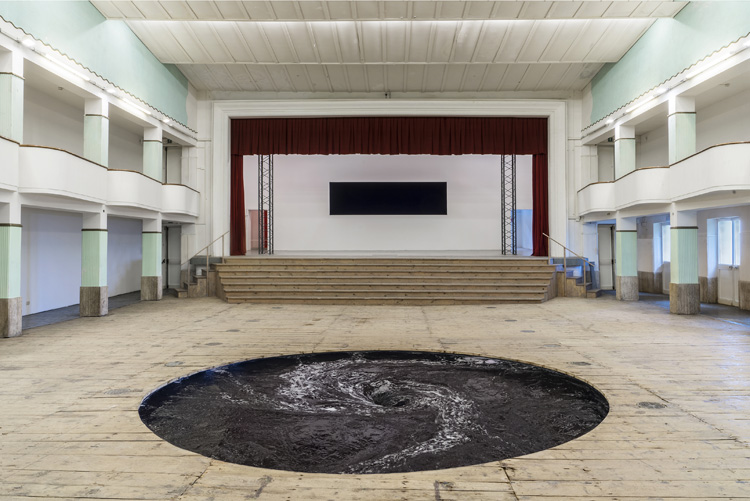 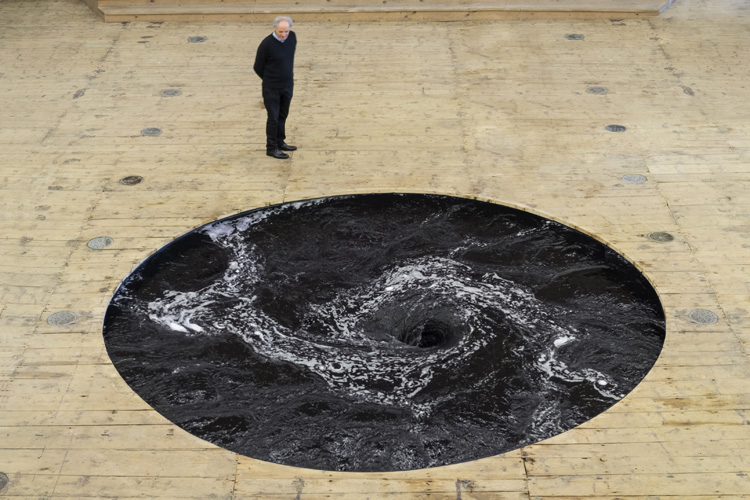 all images Ela Bialkowska, Onko Studio / courtesy of the Artirst and Galleria Continua