Until June 8, 2015, Light Origami by Japanese artist Masakazu Shirane invites viewers to explore the nature of reality by entering a giant 3D kaleidoscope. The domed structure is bathed in light and is constructed using over 320 origami shapes made from Perspex. Changing spectrums of light are projected within the space, and when mirrored against the Perspex, the effect is like being inside a kaleidoscope.

This installation, commissioned by Vivid Sydney, encourages the viewer to question the nature of reality and to explore how this is impacted by their own perceptions, imagination and changing visual perspectives. 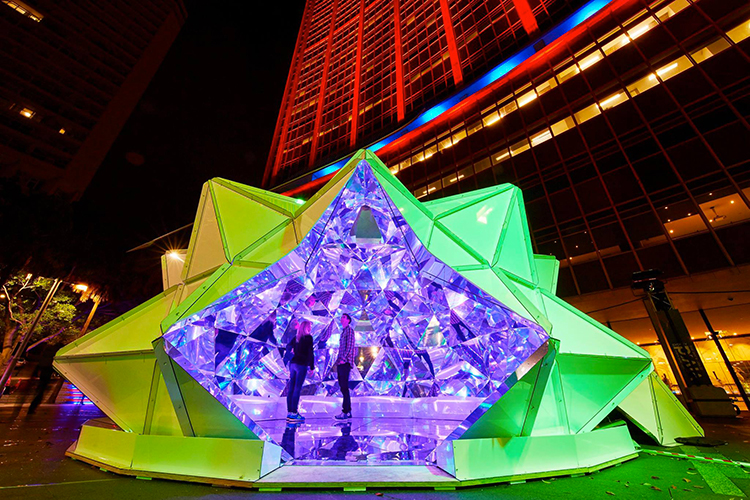 The work functions in a similar way to a traditional cylindrical kaleidoscope: as the viewer interacts with it, new and unique forms are created. However, on this scale viewers become participants and co-creators; each movement is reflected in the glass panels, the colours they wear are incorporated into the presentation of pattern and light, and when they look in different directions perspectives are altered. 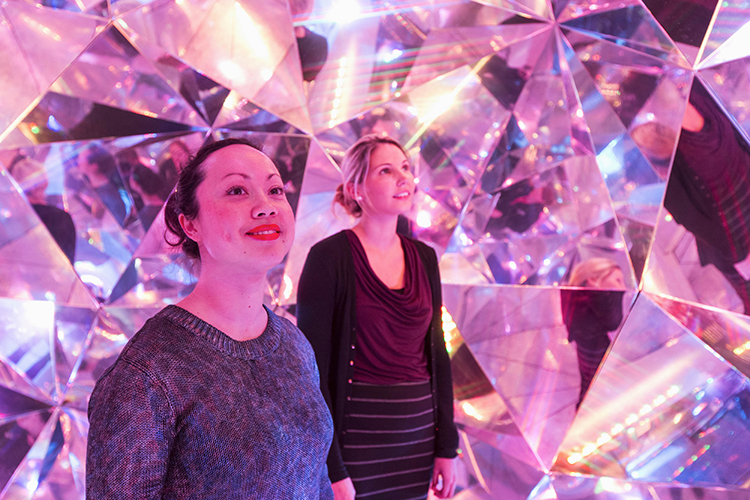 Japanese artists Masakazu Shirane has created several monumental artworks inspired by their fascination with the refraction and reflection of light in kaleidoscopes. In 2014 they exhibited a work entitled Wink, which was premiered as part of the Kobe Biennale in Japan. For this latest installation, working in creative collaboration with New Zealander, Reuben Young, Masakazu has again reimagine the kaleidoscope.

The structure has been created using digital 3D computer modelling tools, and each physical panel is connected by a zipper. 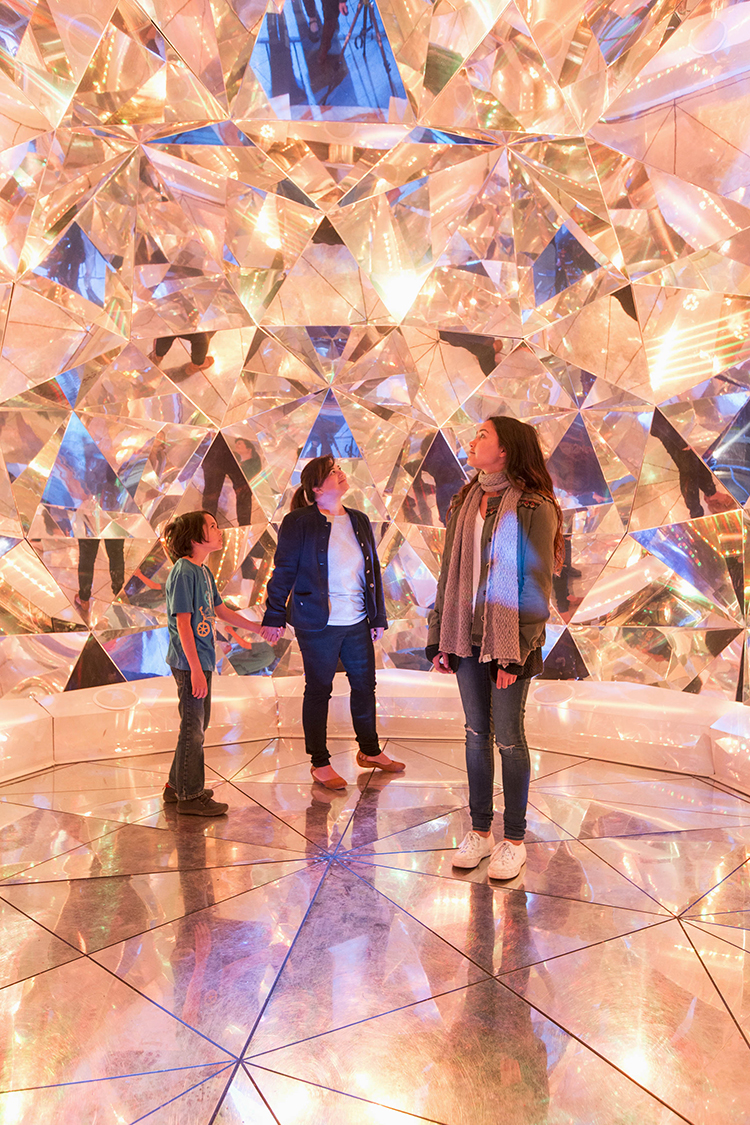 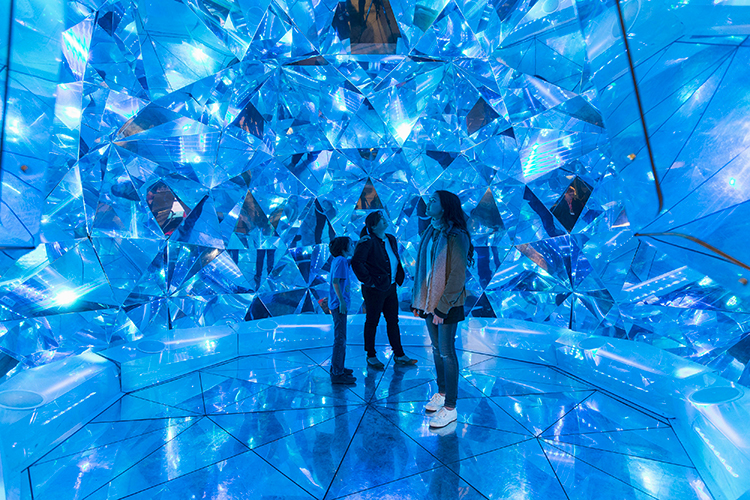 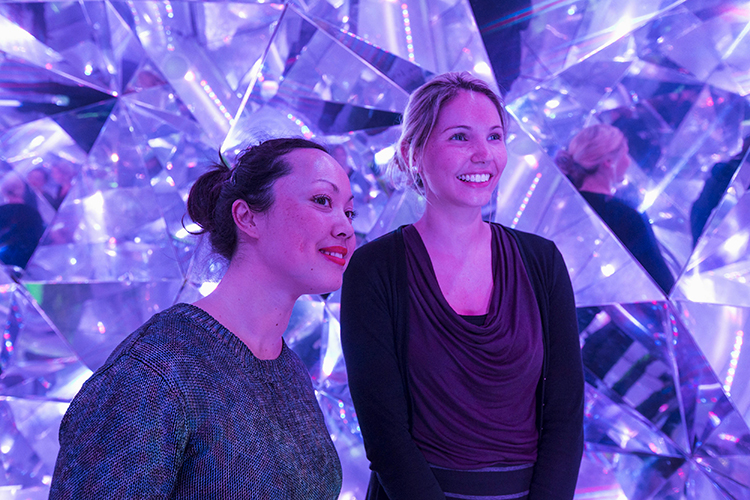 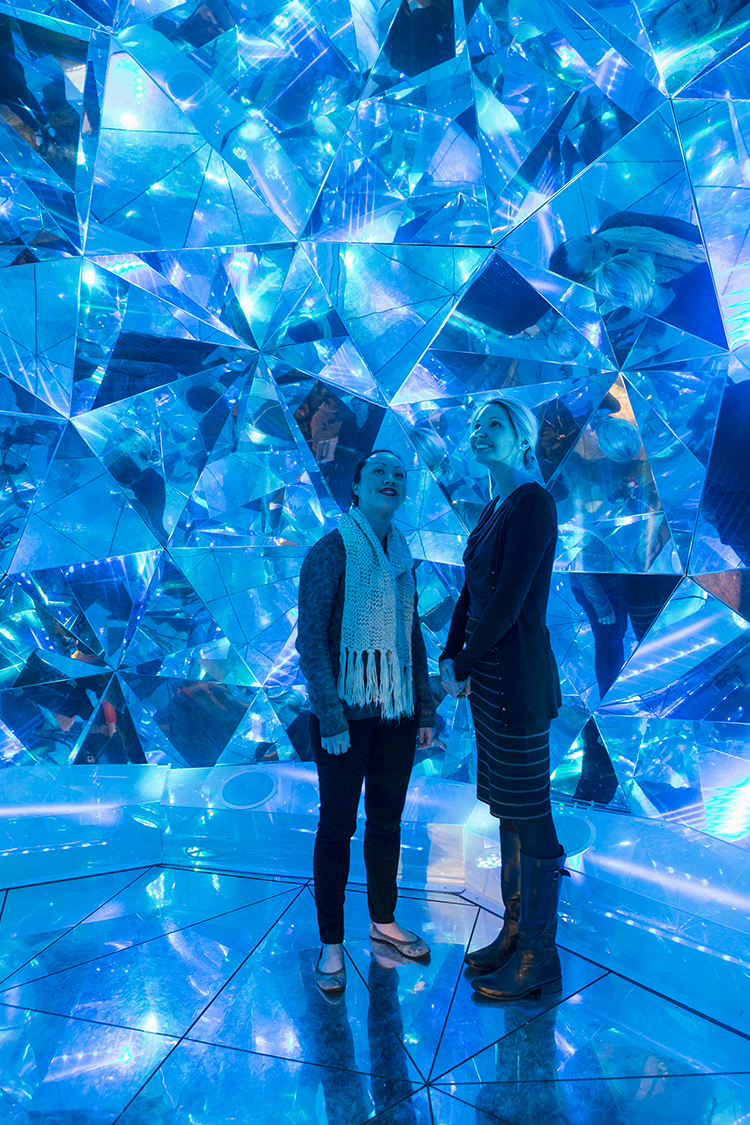 all images courtesy of Vivid Sydney