Brunelleschi’s giant Cupola stands out as one of the most recognizable symbols of Renaissance Florence, reassuring past populations with both its religious and secular meaning. The designer, Lapo Binazzi, has recreated the dome using inflatable nylon materials in striking, bold colours. 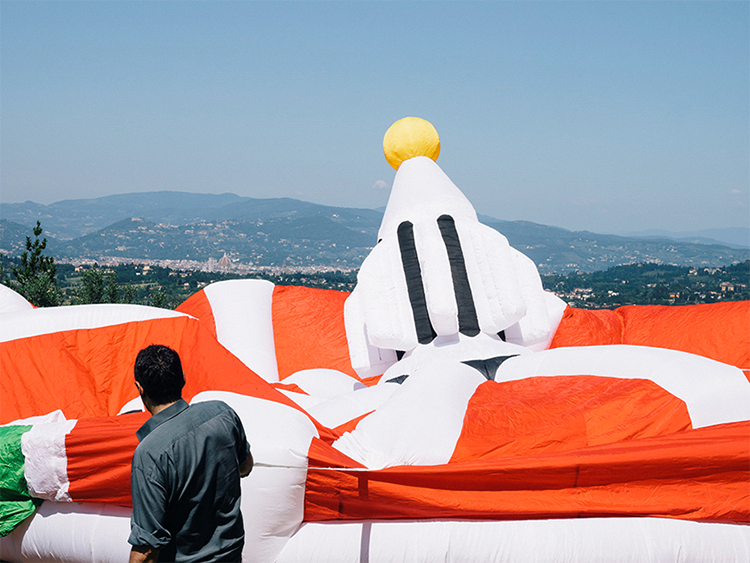 The architectural structure is designed on a 1:5 scale and stands over 10 meters tall, creating an awe-inspiring finished product. Today Binazzi remains one of the most influential architects of the Italian Radical Design Movement from the nineteen-sixties and seventies, and is well known for his ability to match the artistic experience with the same experimental design; this Inflatable Cupola is no exception. 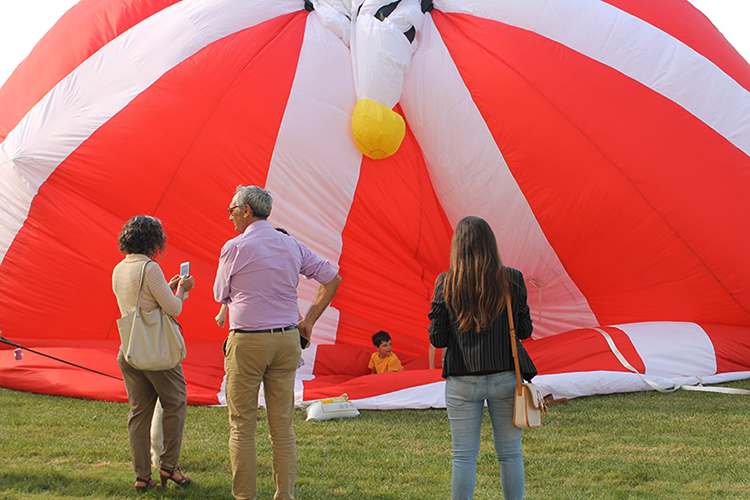 Fusing two principal areas of Binazzi’s research – that of inflatable architecture and the architecture of Italian State highway agency ‘ANAS’ – the dome plays with the interaction between the monuments and the symbolic view which they hold for the citizens of Florence. This artwork to some people can be interpreted as new symbol for Italy’s government, now lead by former Florentine mayor, Matteo Renzi, who is seeking to change the over-inflated Italian bureaucracy of the past. The structure was inaugurated june 9th at the Fondazione Targetti in Florence, Italy. 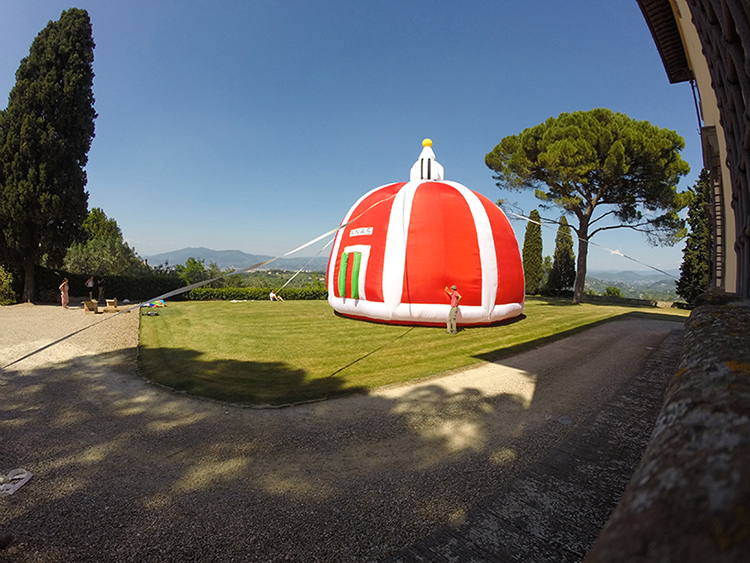 all images courtesy of Florence Institute of Design