At the Burlington Gardens threshold of the Royal Academy of Arts stands a bold ceramic urban installation designed by Istanbul studio SO? Architecture and Ideas, commissioned by Turkishceramics and the RA itself. Titled Unexpected Hill  the installation, composed of tessellating triangular blocks rising into playful levels, invites the public to occupy it over the summer months until September 20.

Its design explores how  an intrinsically 2D material, most commonly implemented as a decorative element, can create a 3D structure intended for public use. TheUnexpected Hill creates a dialogue with the 19th century façade of Burlington Gardens, transforming a threshold space. 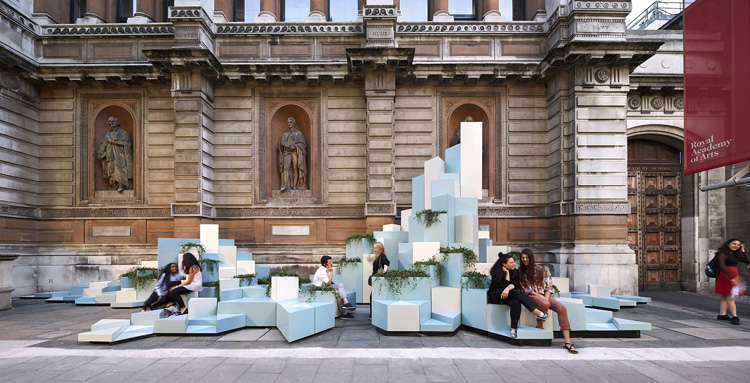 Sevince Bayrak, co-founder of SO? Architecture and Ideas, explained: “We manipulated a geometrical pattern oftriangles to create a 3D form. As an example of using geometry to convert a 2D object into a 3D space, the structural principles of Muqarnas help us create a hill, the highest point of the 3D structure, which will be a tunnel that visitors can pass through.” 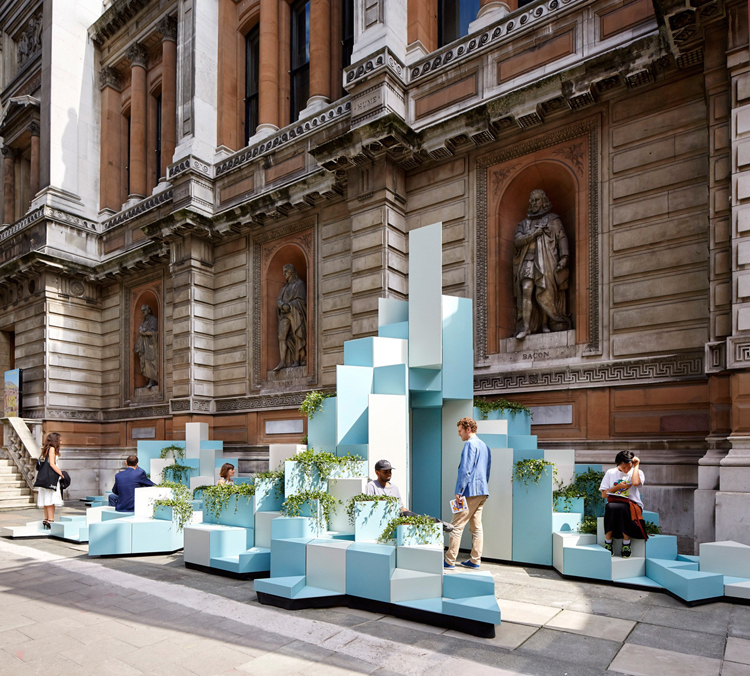 Muqarnas is a decorative device in traditional Islamic architecture that utilises ceramics in radial symmetry. The geometric columns will be cladded in an unusual ceramic tile, which is currently the lightest ceramic in the world. The installation transforms from day to night as translucent ceramics illuminate the hill during the evening hours and allows visitors to stop and enjoy the Mayfair surroundings during London’s summer months. 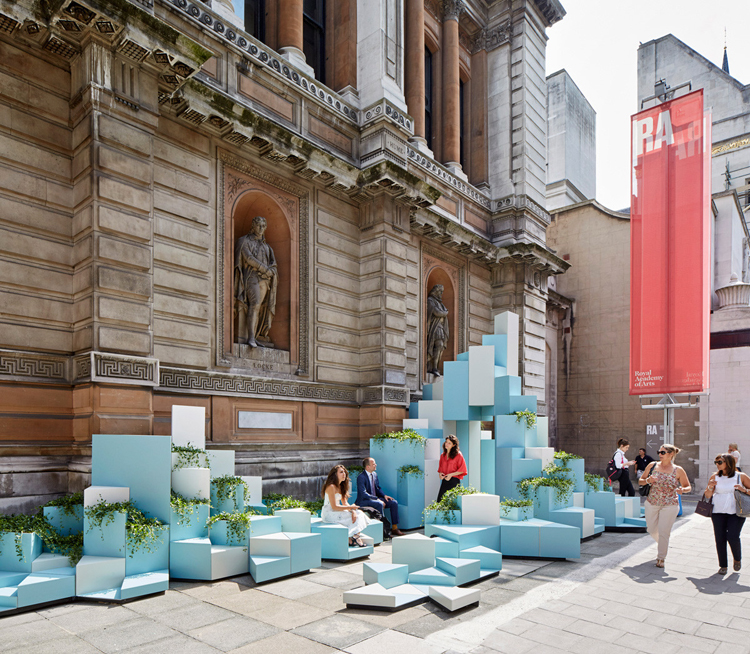