In January 2015, Credit Suisse and Forbes reported that as of 2016, the 1% will own more than 50% of the world’s wealth. Peruvian artist Iván Sikic’s installation called “It’s My Party and I do What I Want To!” aims to reflect on this disparate and widening wealth gap.

According to Oxfam — the international not-for-profit organization — , the eighty wealthiest individuals on earth have an accumulated wealth that matches that of the poorest 50 percent of the population. Put in other terms, just eighty people have as much wealth as 3.5 million individuals put together. And the gap keeps getting wider. In January of 2015, Credit Suisse and Forbes magazine reported that as of 2016, more than half of all of the world’s wealth will be in the hands of one percent of the population. 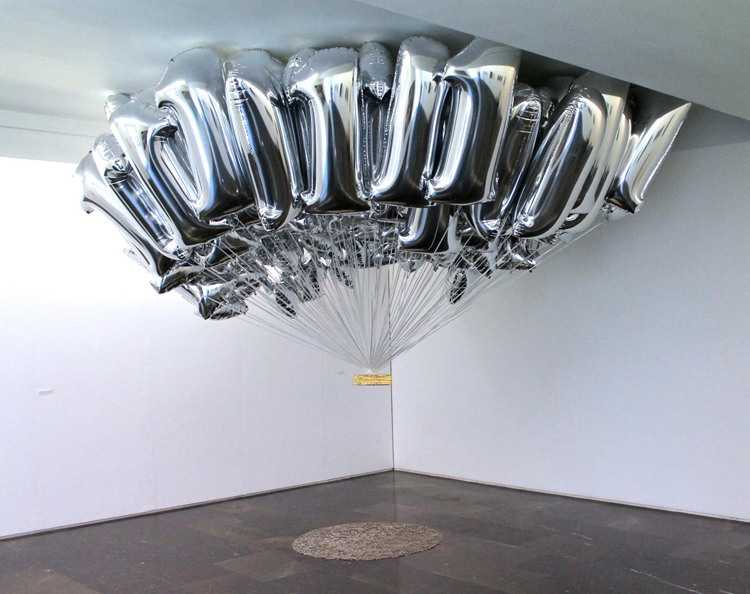 This broad divergence has been the recent focal point of a large number of movements and protests worldwide, especially those that emerged as a response to the global financial crisis of 2008-2011, amongst which the Movement 15-M (in Spain) and Occupy Wall Street stand out. This last one coined the phrase “We are the 99%”, to denounce the lack of representation of the vast majority in the decision making processes of political, financial and social issues. Lets consider, for instance, the decisions that led to the cheapening cost of labour and the reduction in government spending that is still having serious repercussions in Spain, Greece and Portugal. 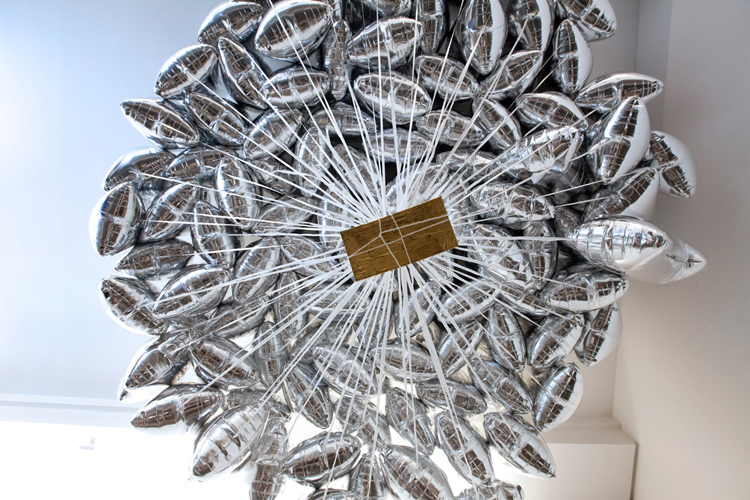 This is the political and social context Iván Sikic aims to respond to in this instance by presenting “It’s My Party and I do What I Want To!”. In a corner of gallery Luis Adelantado in Valencia, Spain, 99 helium filled balloons keep a gilded brick afloat. During the two months that the work will be open for viewing, each week, a newly inflated balloon gets added to supplement the ones that will continue to deflate. These remain, deflated, in the spot where they land, as a crude testimony that their replacement is both cheap and inevitable. On the ground, a small and helpless thumbtack army dramatize the inanity of their posture against the relentless golden brick. 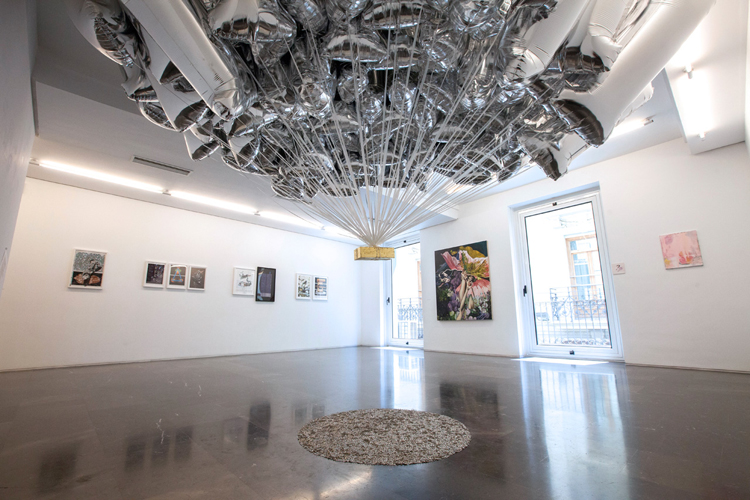 Gold, both as a focal point of greed and as a poetic weapon of denouncement, is a recurrent theme in the oeuvre of Peruvian artist Iván Sikic, who now lives and works in Brooklyn, NY after over a decade in Melbourne, Australia. Last April, as part of his most recent work, LOOT, Sikic hid a gold nugget valued at just over 2,000 dollars within tonnes of dirt inside an abandoned mansion in his home town of Lima. The public was then invited to dirty their hands, with the promise that whoever found the gold nugget, could keep it. This ludic treasure hunt carries sombre hues when considering the devastating attraction illegal gold mining has, and which nowadays acts as the main source of income for thousands of Peruvians, while at the same time being responsible for destroying both communities and the environment in irreversible ways. 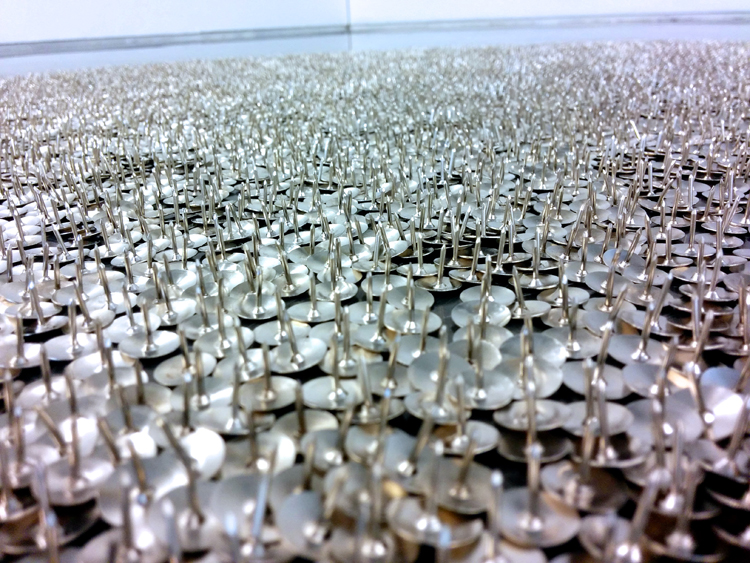 The invitation to an unbiased and paused reflection from simple yet poetically loaded elements is Sikic’s preferred strategy, who in other instances has also used long durational performance – in the style of Marina Abramovic or the legendary Theching Hsieh – to represent his point of view. In this instance, three props: gold, thumbtacks and helium, come to life in order to dramatize the bleak tension between the big majority and the always buoyant, eternally festive one percent. 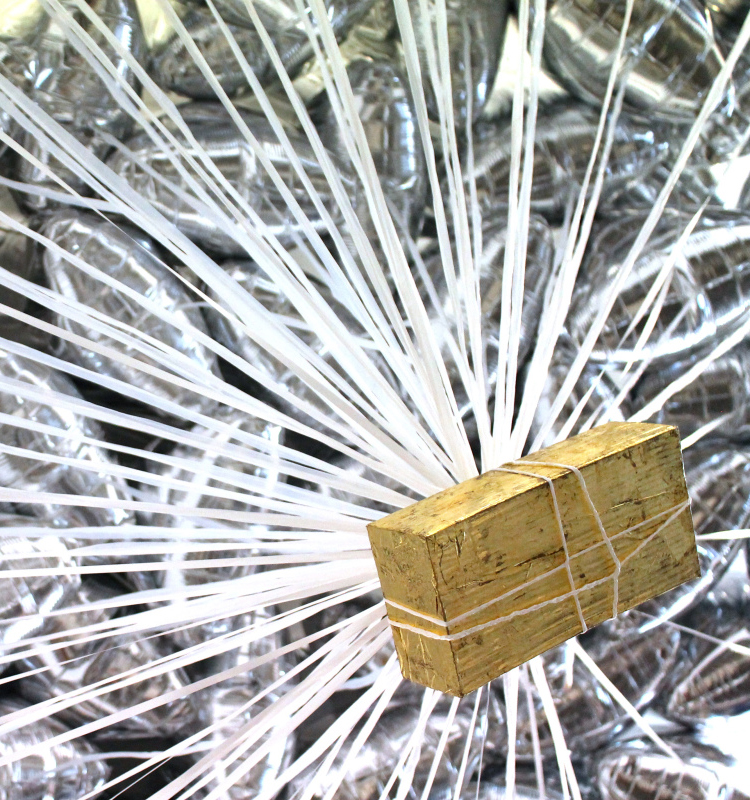 all images courtesy of Iván Sikic