Tube is a structure composed of stitched safety nets which assume a form of a closed hose that pulsates and oscillates in the longitudinal section. The object is suspended from surrounding surfaces with numerous elastic strings, channelling a giant convulsing centipede. 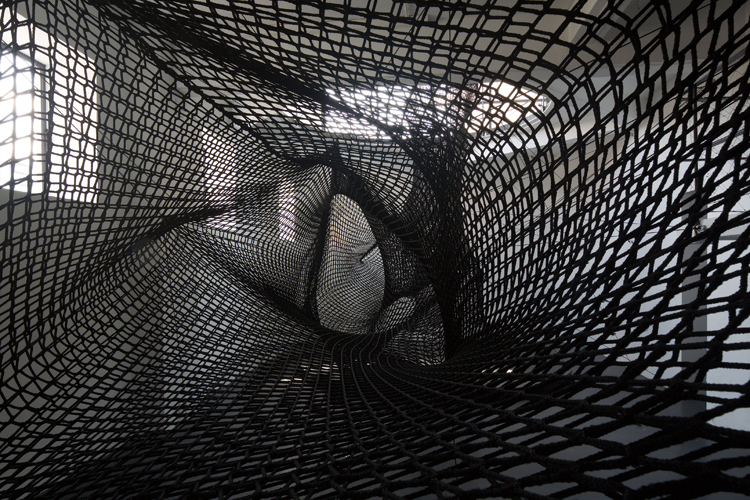 Such dispersed structural support enables even distribution of forces and allows the structure to feel soft and fully transparent as it transcends the architectural void, causing the sensation of free floating for the person inside. The orthogonal scheme of host-space is fractured by irregular diagonals and oblique perspectives created by the jagged progression of the tube. 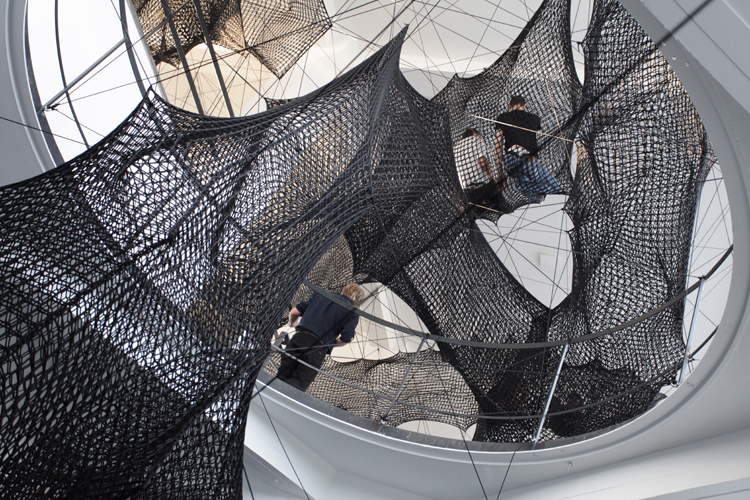 The human crawler within experiences architectural environment from unexpected, surreal angles as they moves through the mesh artery which supports the body but lets the eyes fly and explore, resembling a strange case of “bird-worm” amalgamation. Tube’s irregular geometry defined by varying disposition of support strings makes it a perfect parasite – universally adaptable to new contexts and spaces. 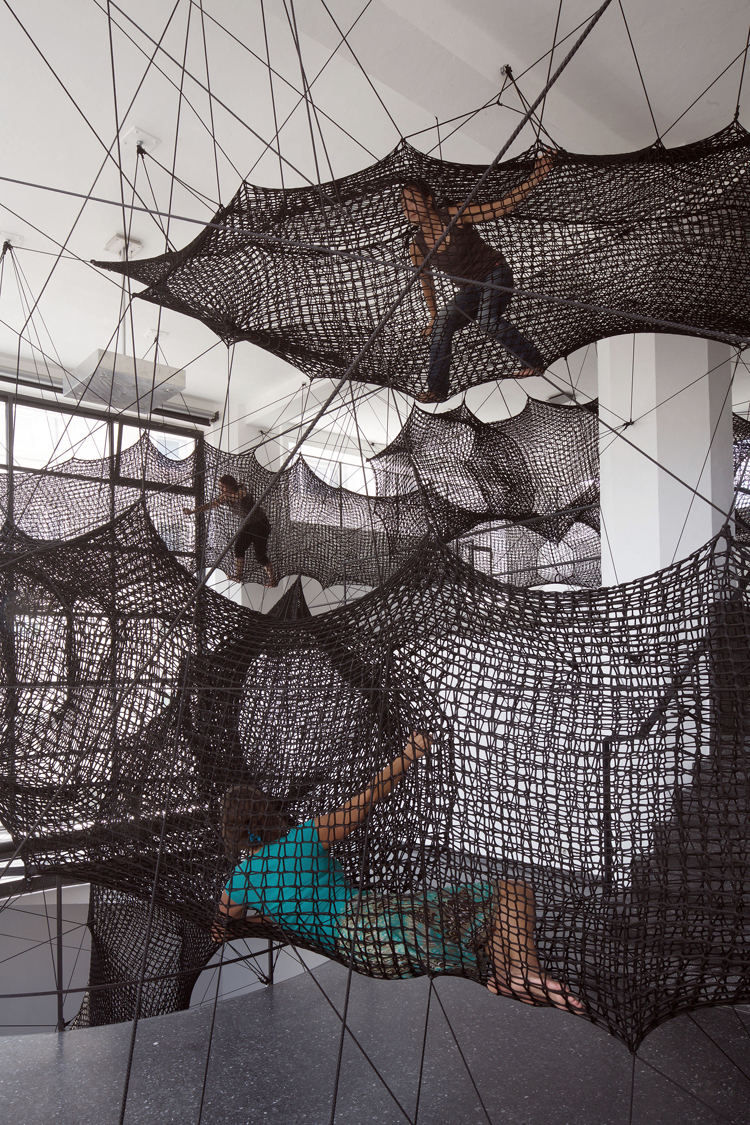 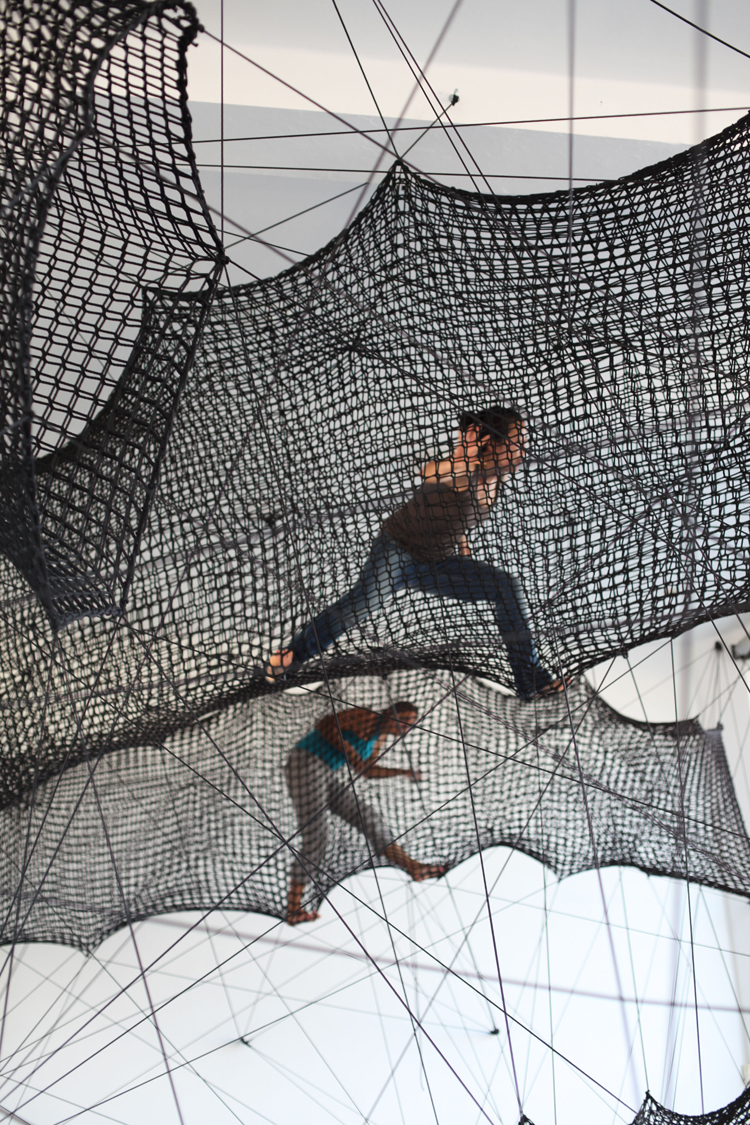 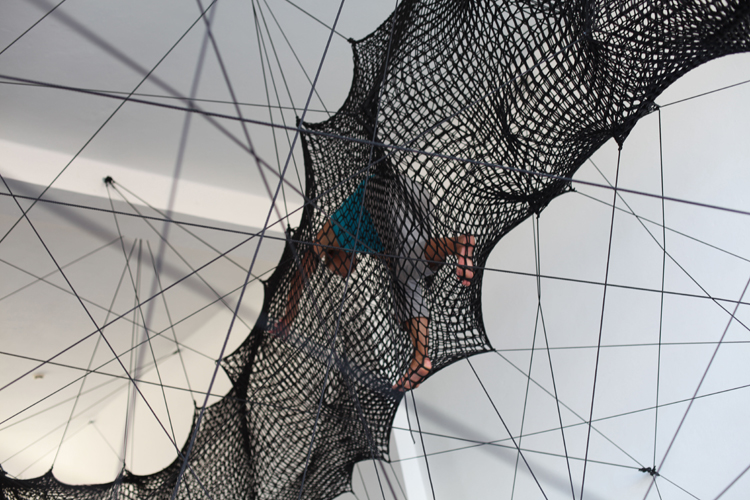 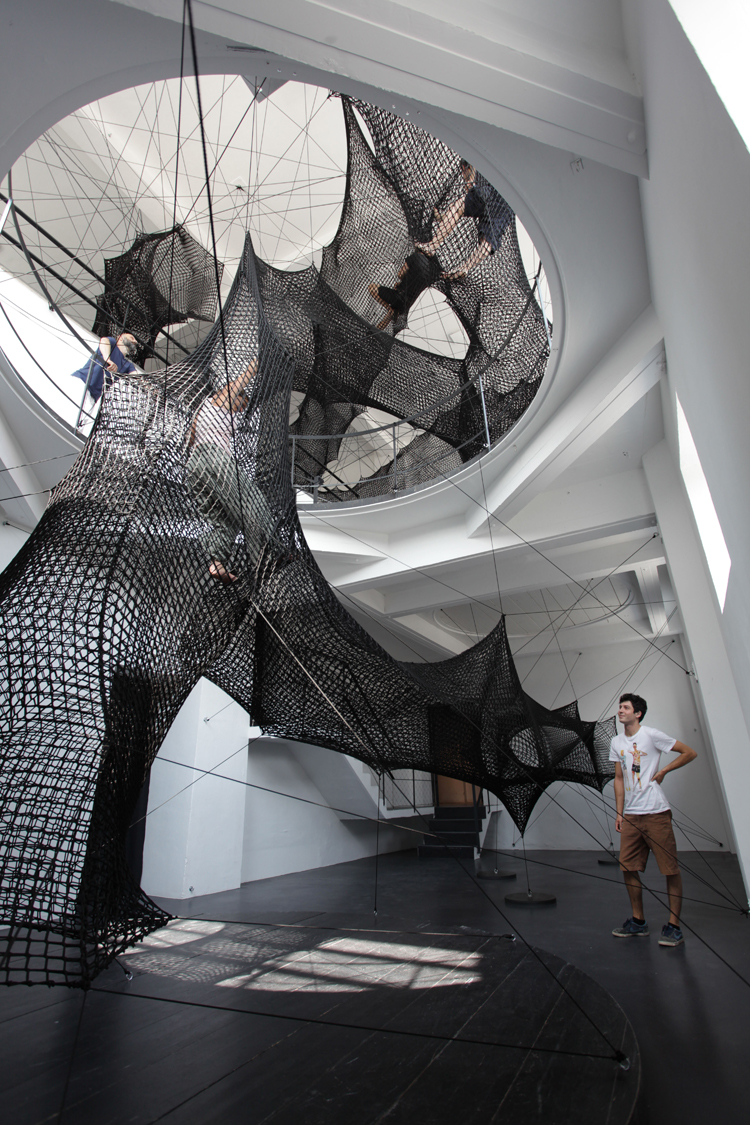 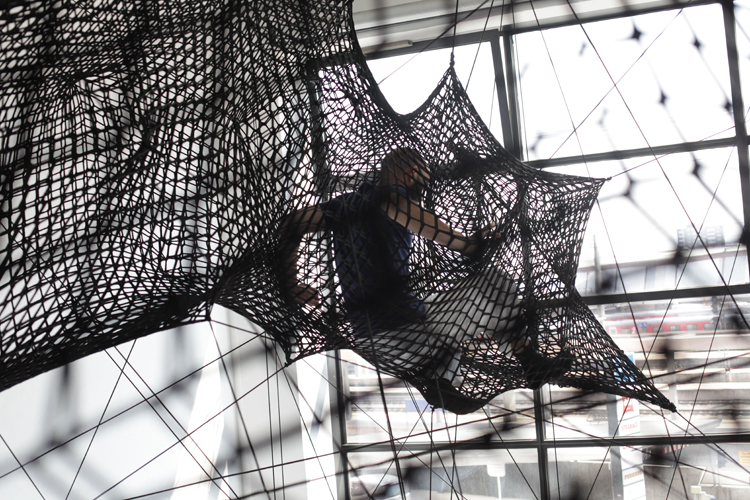 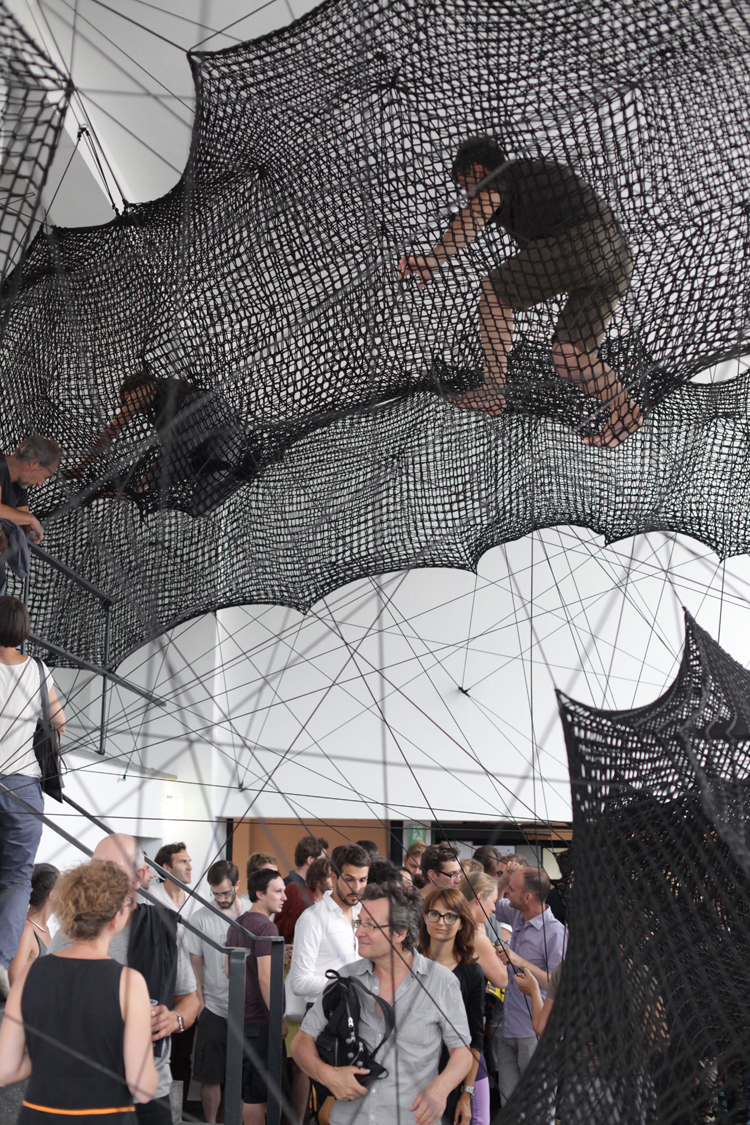 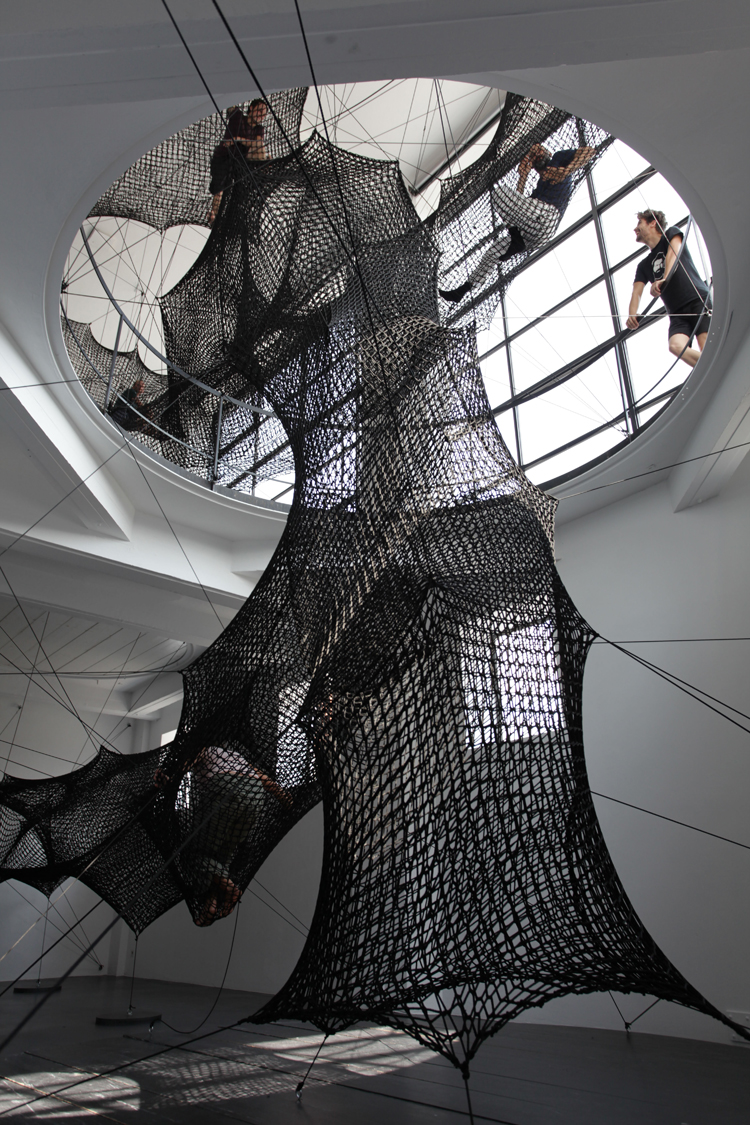 all images by Günter Richard Wett and Numen/For Use