Hundreds of motorized cardboard boxes rippling in a hypnotic dance within the white walls of the Borusan Contemporary gallery, which hosts this latest installation of Swiss artist Zimoun. Titled 240 prepared dc-motors, cardboard boxes 60x20x20cm, the installation is showed alongside projects from artists Krzysztof Wodiczko and Michl Rovner at the Istanbul gallery until February 21st, 2017 as part of the What Lies Beneath exhibition, curated by Christiane Paul. The exhibition strives to capture one of the current conditions of our culture: an atmosphere of increasing alienation and decaying trust resulting from factors that often lie beneath the surface of the visible. 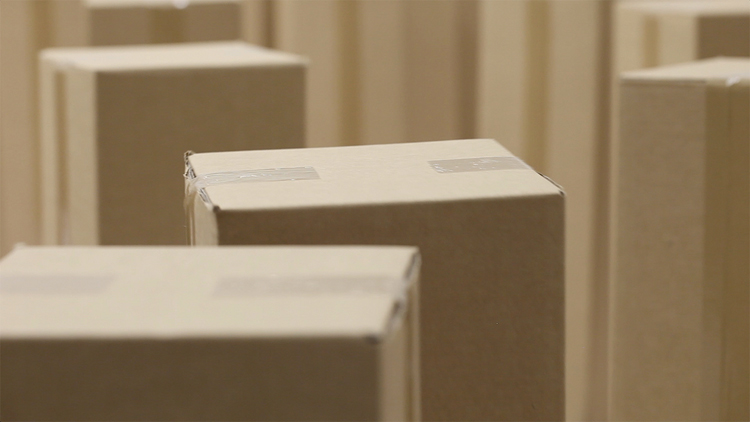 Zimoun’s prepared cardboard boxes are site-specific installations configured for their respective exhibition space. The power and impact of the work resides in its sensitivity to location and its creation of a system of movement and sound that carefully balances order, chance, and variation, the mechanical and the natural, the pre-determined and dynamism. Made from off-the-shelf, low-tech materials, the cardboard boxes construct a system and sculptural space that is deceptively simple and devoid of ornament, yet manages to exude beauty and sometimes even grace. 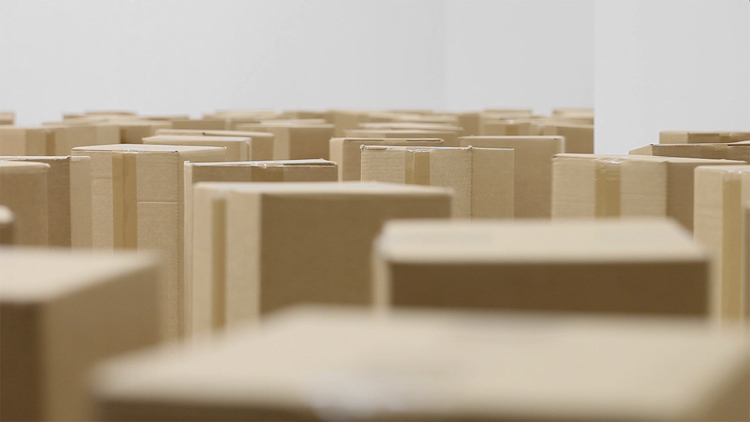 The boxes are arranged in a fixed order, but their motion and sound produce complexities of chance and variation. The rhythmic and sonic potential of the piece is created by a controlled mechanism operating through gravitational forces and resistance and at the same time transcends it. The work becomes a space of possibility for perception and raises questions about the forces that drive it from beneath. At times the mechanical system seems to assume characteristics of the natural, and the architecture and composition of sound and movement become an organism, defined in its characteristics but alive. The sonic and physical vibrations of the prepared system gain dynamism through their behaviors, which seem to increase in depth over time as variations become perceptible in more detail. 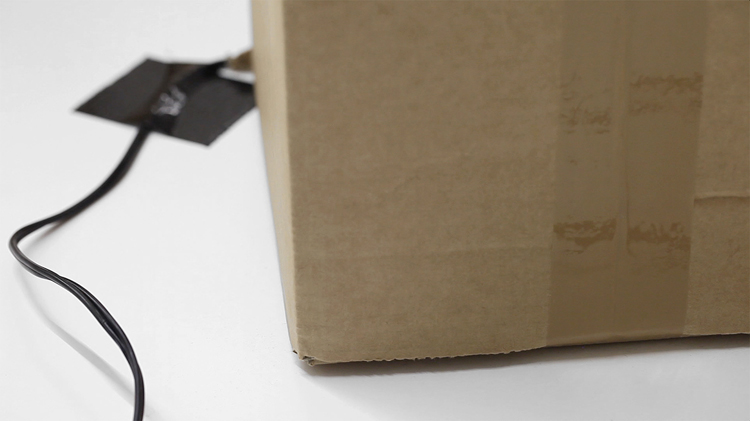 The perception of Zimoun’s installation also is deeply affected by the context of the exhibition site. Shown in the Église Saint-Nicolas de Caen in France, the tall cardboard boxes merge with the church’s columns and architectural structure and their mechanical rhythm and flow serves both as an extension of counterpoint to the site’s space for contemplation. In the white box of the gallery the prepared boxes create a very different architecture of sound and motion that draws attention to the qualities of the highly controlled space of the modernist gallery. 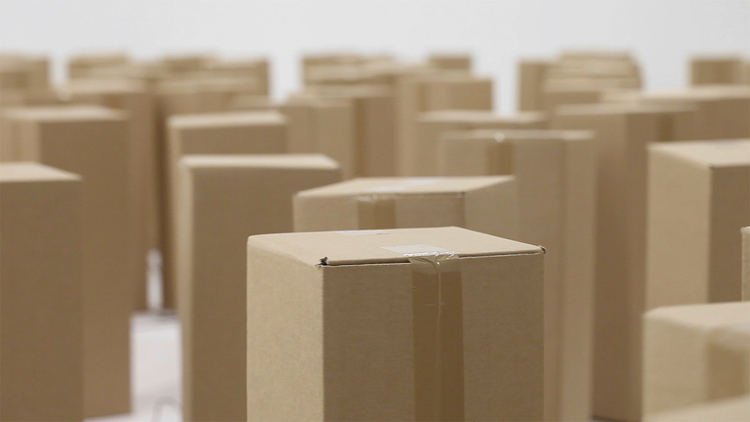 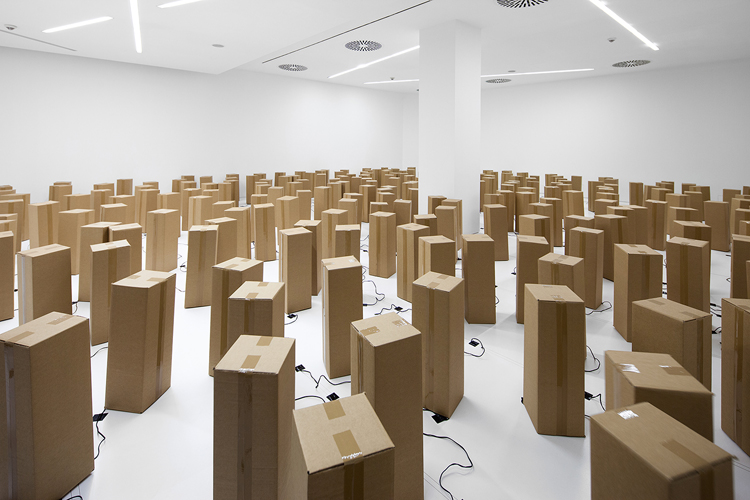 all images courtesy of Studio Zimoun