88888, a collaboration between Karel Burssens and Jeroen Verrecht, has unveiled a new installation that glow in the middle of the water surrounding the ancient castle of Horst, Belgium. As part of the Horst Arts and Music Festival, ‘Untitled’ by 88888 is a rectangular shaped hole, which borders the water surface and forms an abstract interruption in the water. The unexpected aspect of this hollow space is amplified by cutting through the water, feeling like an unnatural, near to impossible gesture.

The pond limits the work’s accessibility. Its experience remains on a visual level, enforced by curiousness. Standing on the pond’s shore, it’s hard to define the hole exactly. Its depth is unclear, as is its material and construction method. The hole appears as a container of emptyness, of indefiniteness. 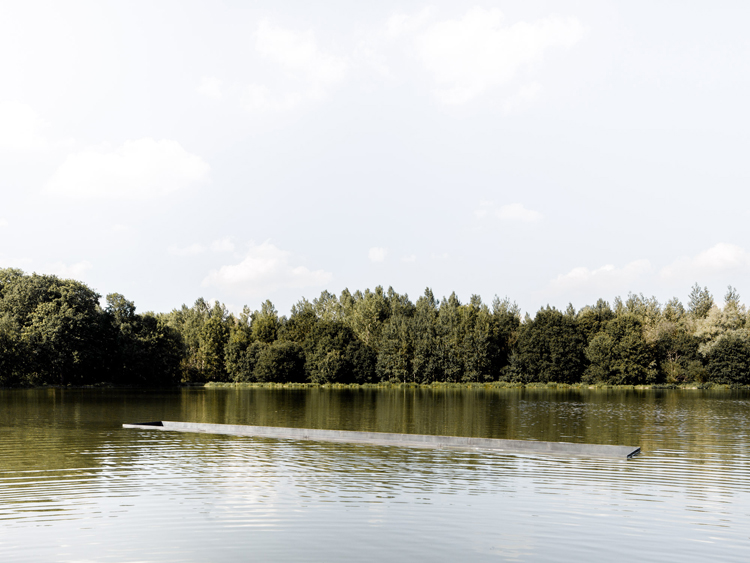 This bare, rectangular void stands opposed to the surrounding water. The pressure between them appears maximized and almost tangible. A constantly shifting contrast appears between the rigid black of the hole and the visual play of currents, reflections and colours surrounding it. The work’s perimeter includes these elements, their serenity and force, their effort and indifference.

At night, the dark hole turns into a white, bright element within a vast dark surface. The lights, invisibile, seemingly at the bottom of the hole, define a certain, but unclear activity within this area. 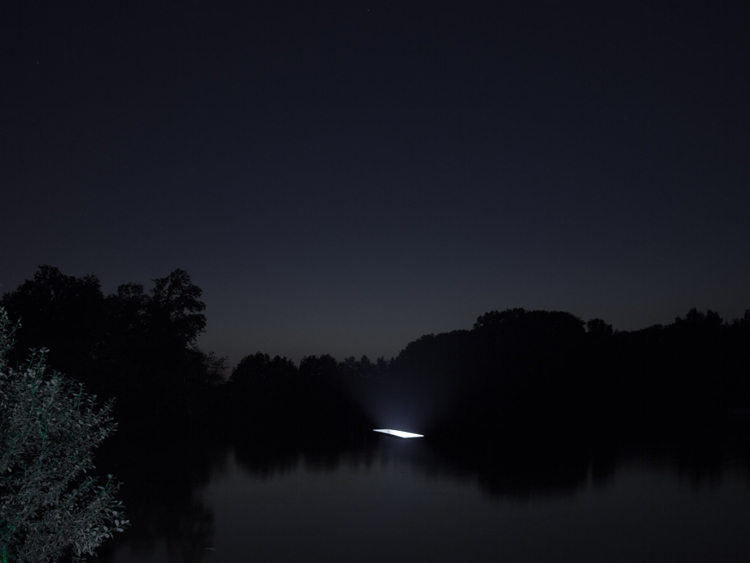 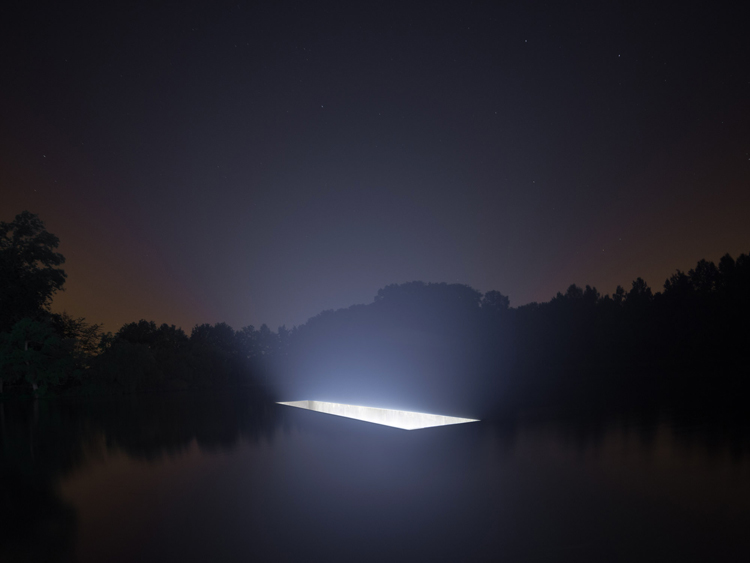 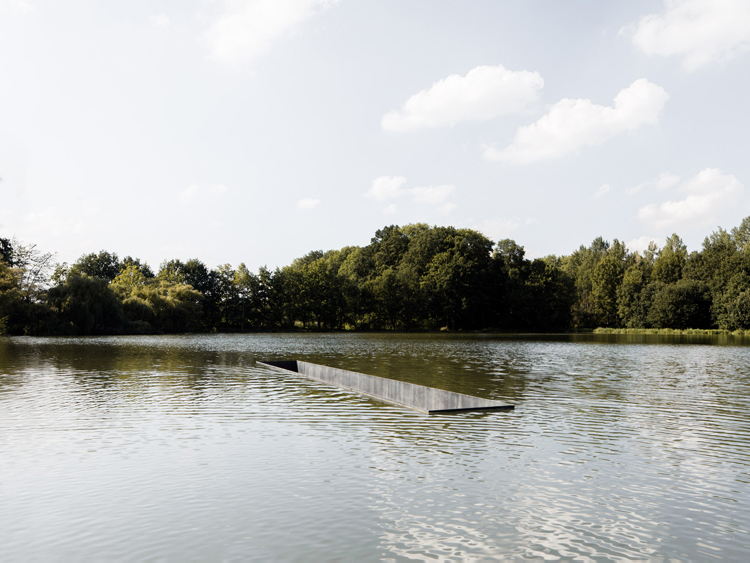 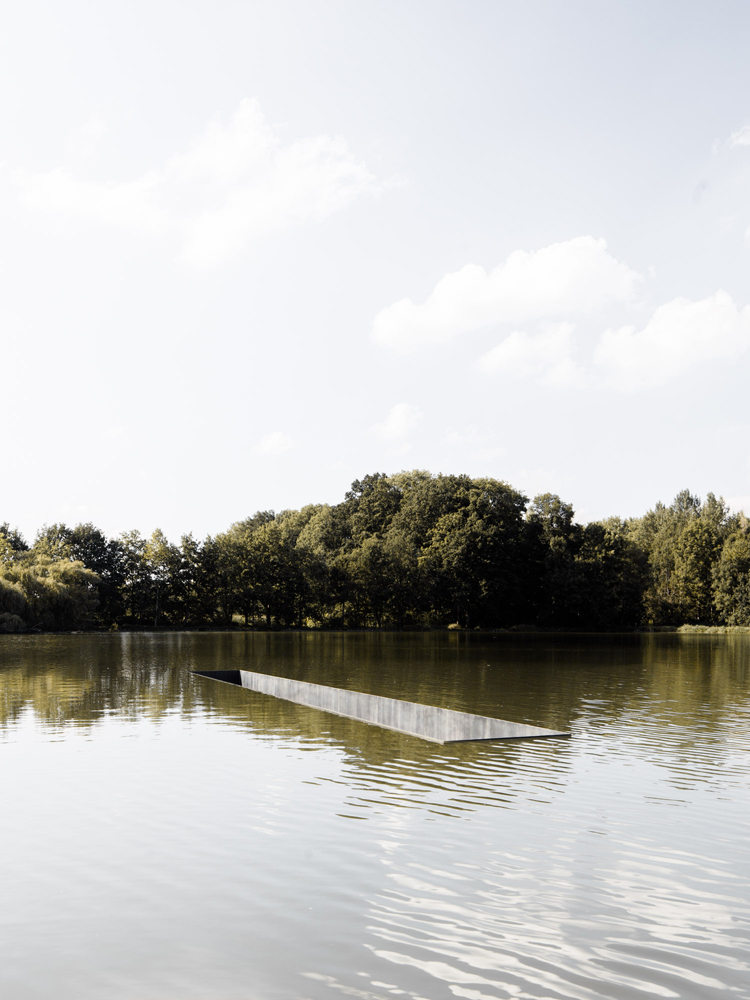 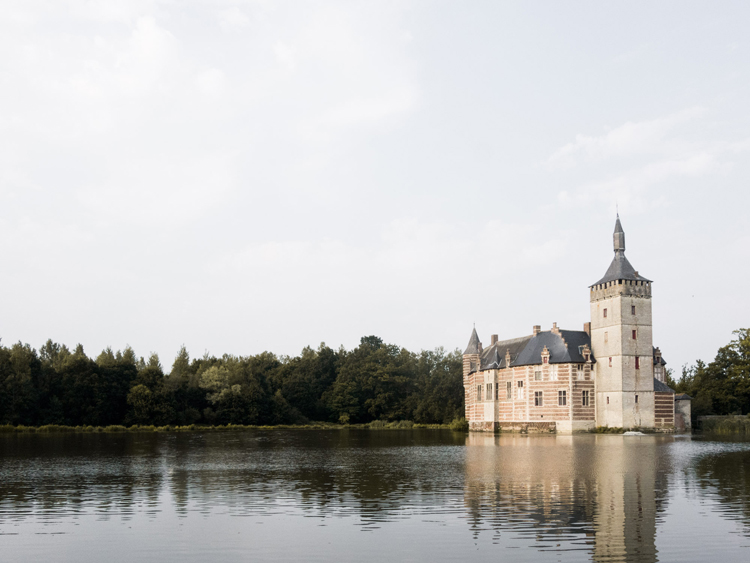