To celebrate the 5th anniversary of the Nissan Juke, British artist Owen Gildersleeve has teamed up with the Japanese automobile manufacturer to create a life-size origami replica of the Compact Crossover. Owen took more than 200 hours and folded more than 2,000 pieces of paper to create the detailed sculpture.

The Origami Juke features the same bold design cues – such as the wheel fenders, lights and grille – that give the real-life model its distinctive character. 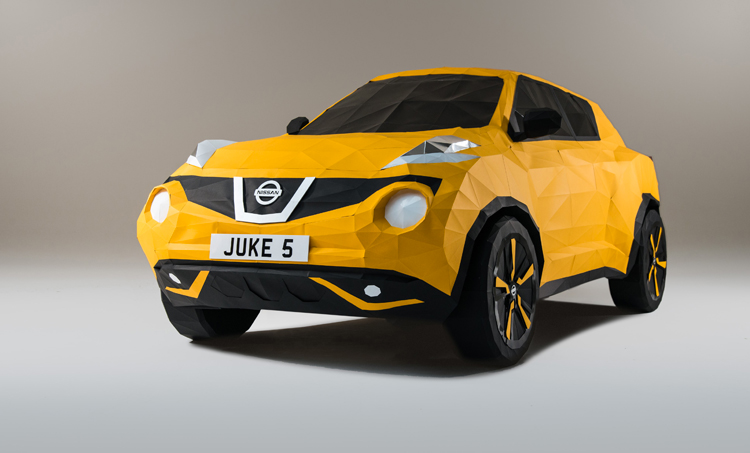 The Nissan Juke’s bold, standout styling has been a key factor in the model’s success. Nissan created a brand new ‘compact crossover’ sector with the launch of the car, offering motorists something completely different, in terms of design, to any other vehicle on the road. 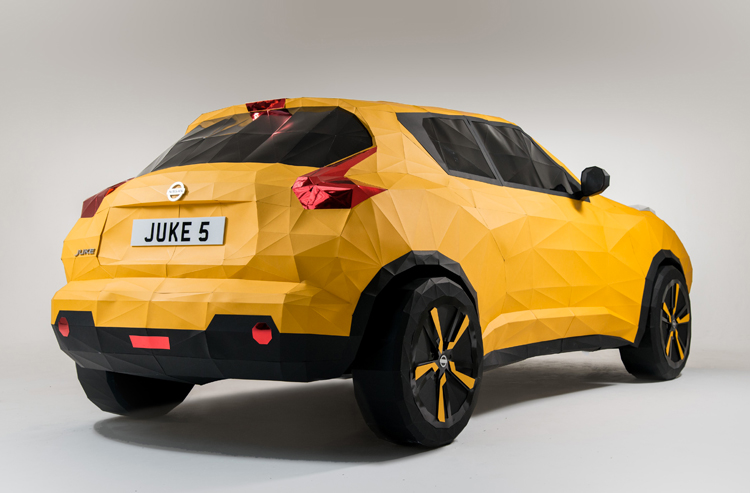 The Juke, which is built in Nissan’s plant in Sunderland, reaches its fifth birthday this year. Since first deliveries began in October 2010, more than 150,000 Juke models have been sold in the UK alone, with over 700,000 total sales across Europe, making it the continent’s best-selling compact crossover. 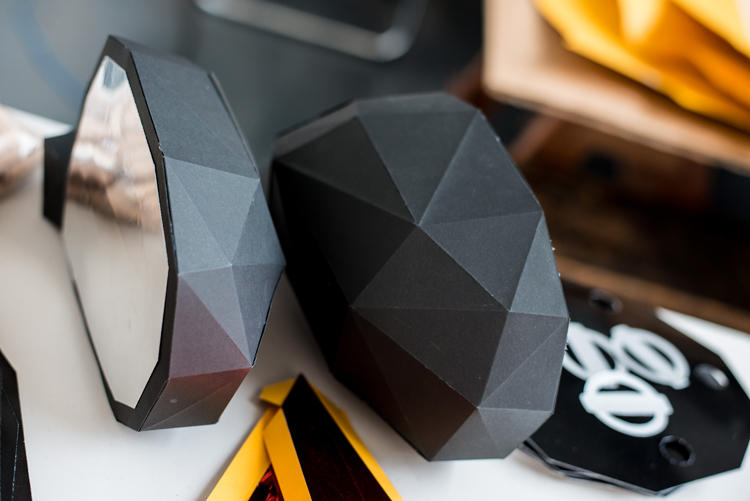 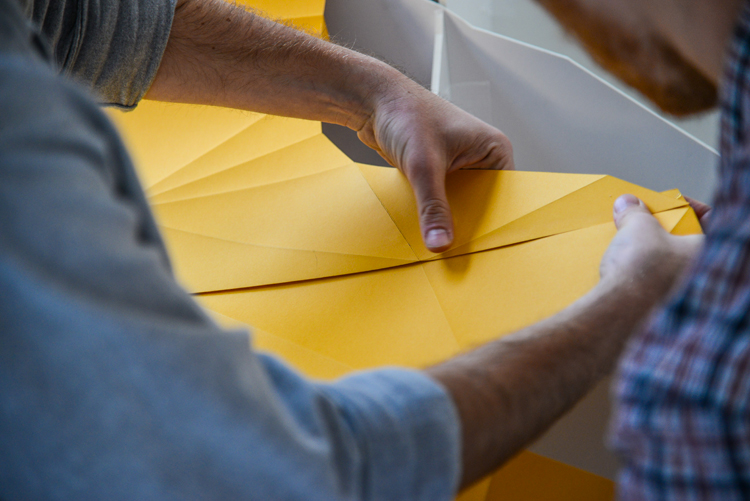 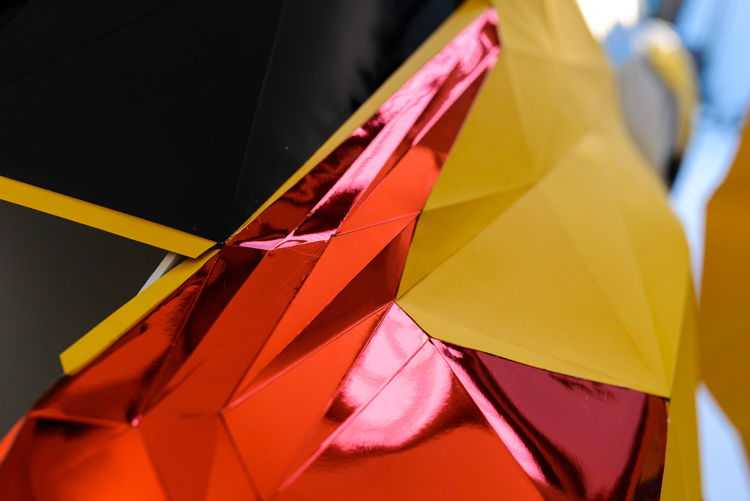 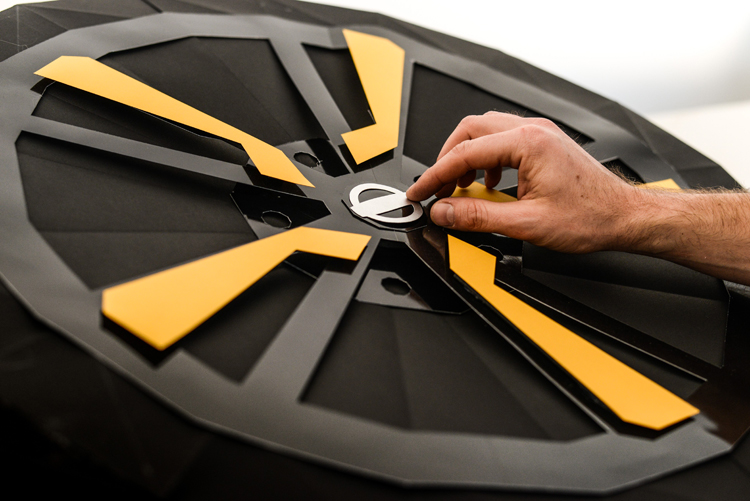 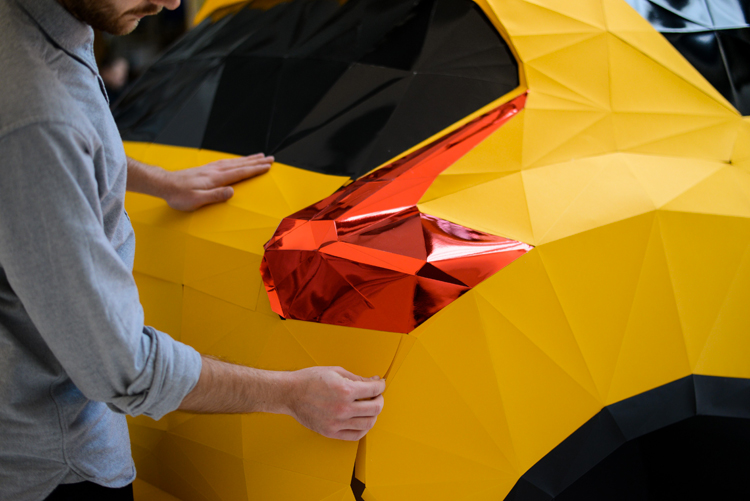 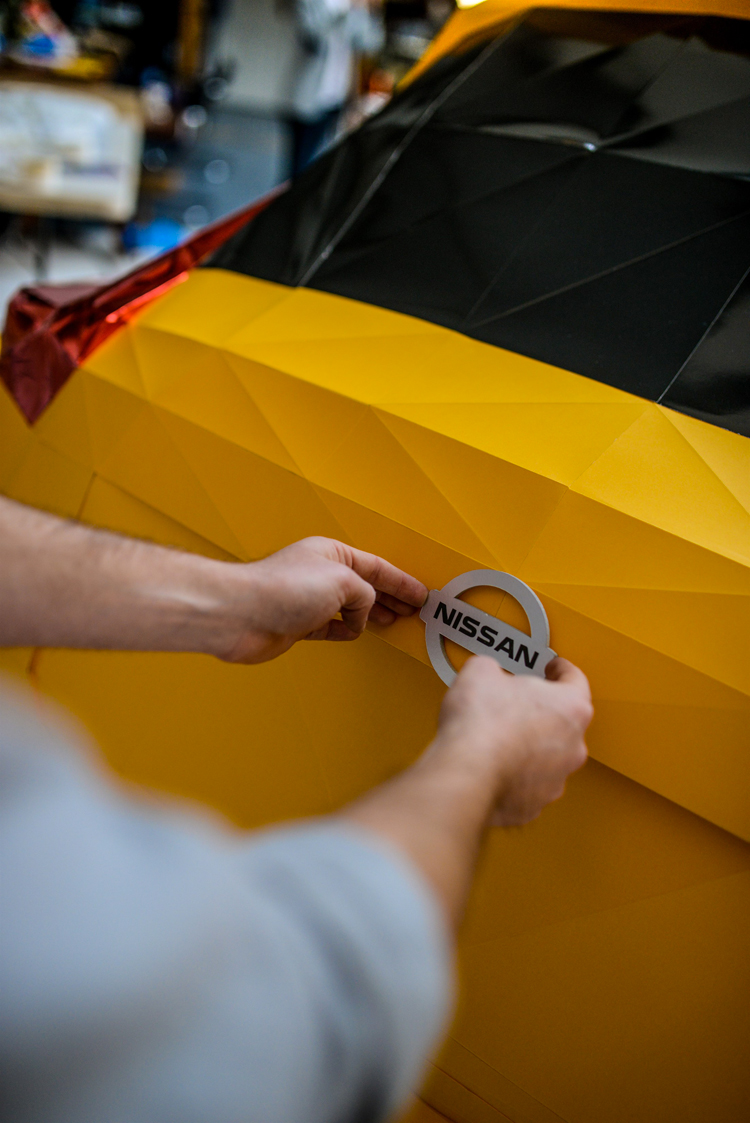 all images and video courtesy of Nissan