A team of Canadian designers and artists has created Impulse, an installation comprising 30 giant seesaws that will transform the Place des Festivals in Montréal into a vast illuminated playground accompanied by a set of all-new video projections till January 31, 2016. The creation is the work of Toronto-based firm Lateral Office and Montreal-based CS Design, in collaboration with EGP Group of Montreal. 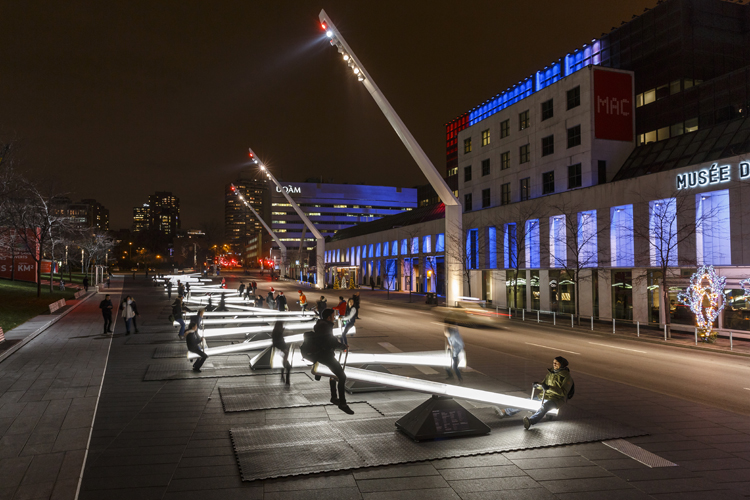 The interactive work on the Place des Festivals presents a series of giant illuminated and sound-producing seesaws. To activate them, visitors straddle them like any other seesaw. Once in motion, the built-in lights and speakers produce a harmonious sequence of sounds and lights, resulting in a constantly evolving ephemeral composition. 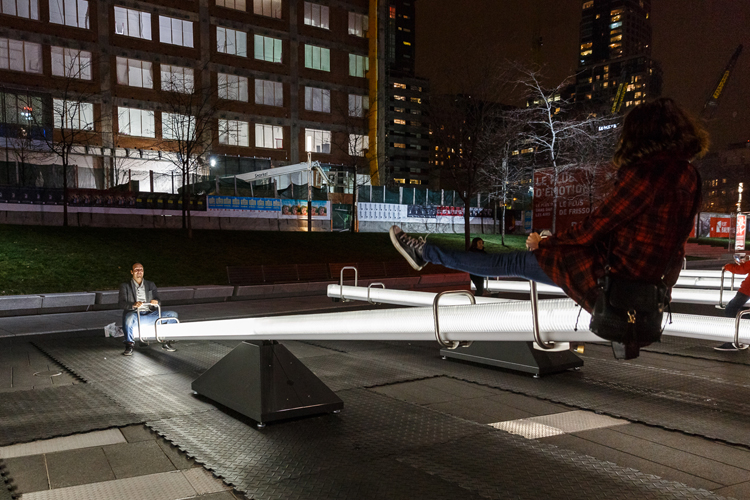 Through the use of architectural lines, a hypnotic soundtrack and an entertaining illusion of depth, the nine architectural video projections echo the seesaws of the Place des Festivals. Playing with the notions of balance and unbalance, symmetry and asymmetry, tension and harmony, the video projections are visual experiments illustrating the original soundtrack created for each video. 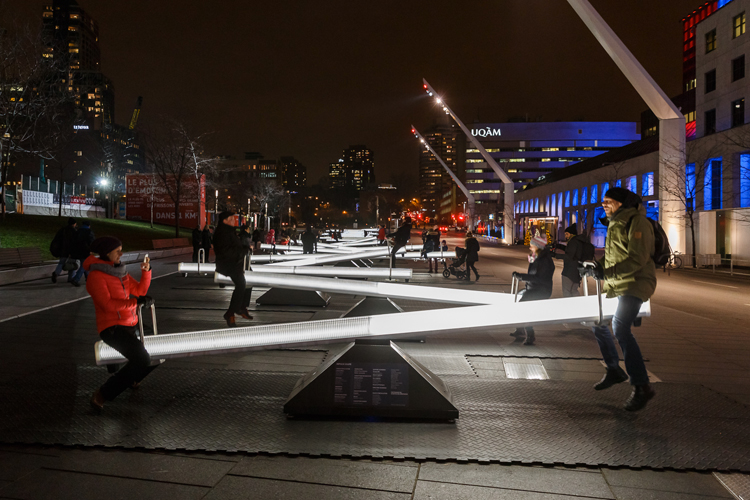 Impulse is an urban installation that renews itself for every different audience. Each person becomes, while on the seesaws, the player of a novel instrument. The project was selected as the winner of an open competition this past summer, for the sixth annual Luminothérapie event. 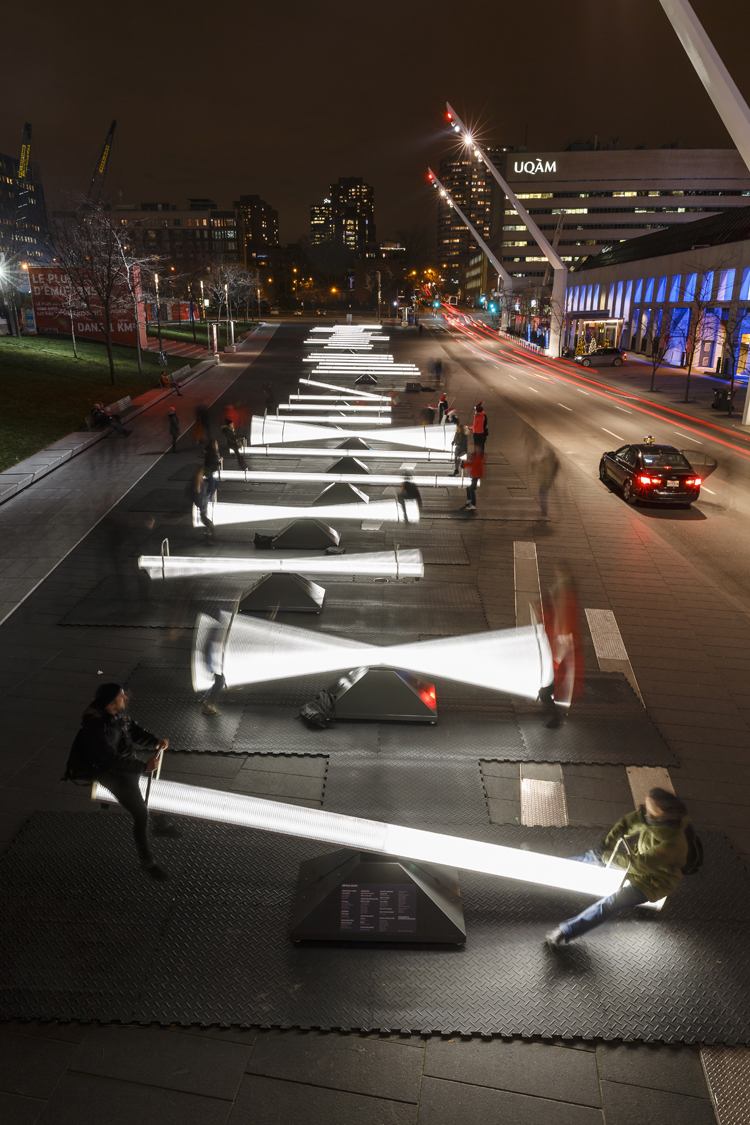