London based design studio NEON has unveiled its latest collaboration with high-street retailer Topshop. The project, entitled “Crystal” marks the third year in succession that NEON have completed the flagship stores Christmas window. This year’s offering marks a particular innovation in the way it employs sound, light and sculpture to stop the passers–by on Oxford Street in their tracks.

The project is a large pulsating crystal-like form that is designed to appear like it is in constant motion, bursting from a shattered mirror floor on which the mannequins sit. This dramatic effect is achieved using 130 acrylic light filled spikes which have been mounted on a protruding base frame and fixed using brackets rotated to different angles to give the installation a naturalistic appearance. 4 types of cladding – iridescent, white, frosted and mirror are distributed in patches across the crystal form to further emphasise the natural appearance of the piece. 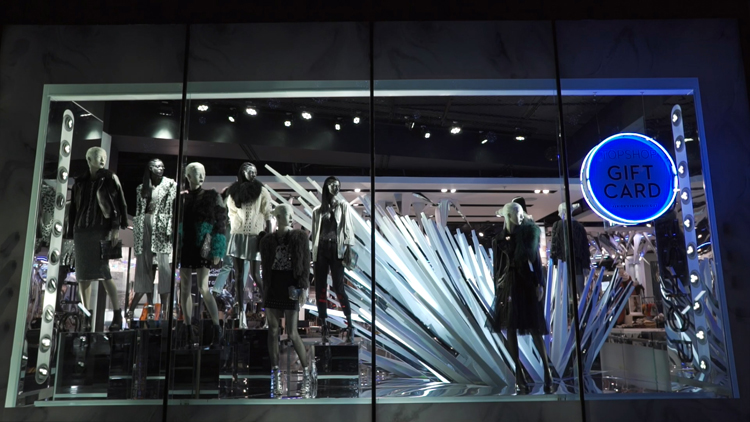 From a technical standpoint the project is particularly complex. As well as the utilisation of sound which ispumped onto the street using 8 window mounted speakers, the installation outputs over 400,000 lumens of light, equivalent to over 500x 60 watt incandescent bulbs. This was achieved by using an ultra-bright 1.3m LED stripwhich is mounted to the inside of each of the 130 crystals. These are controlled through a DMX control system originally developed for theatre productions. The heart of the system is a MacBook Pro running Vezér, a timeline and control application that allowed control of the brightness of every light in synchronisation with abespoke sound track which was created specifically for the window.

The project will be on display at Topshop’s Oxford Circus store until the 3rd of January 2016. 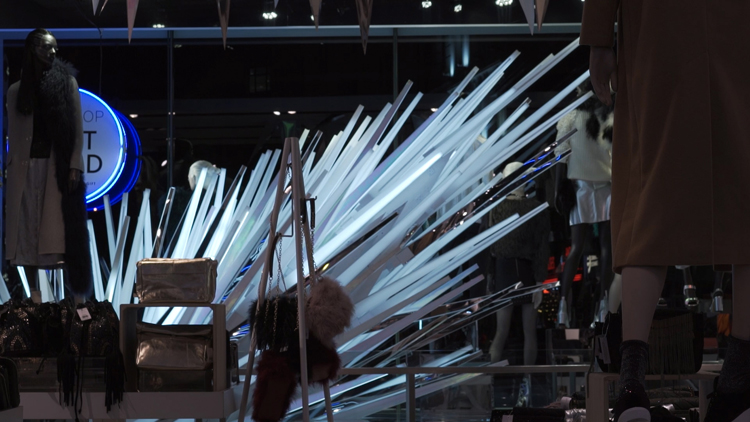 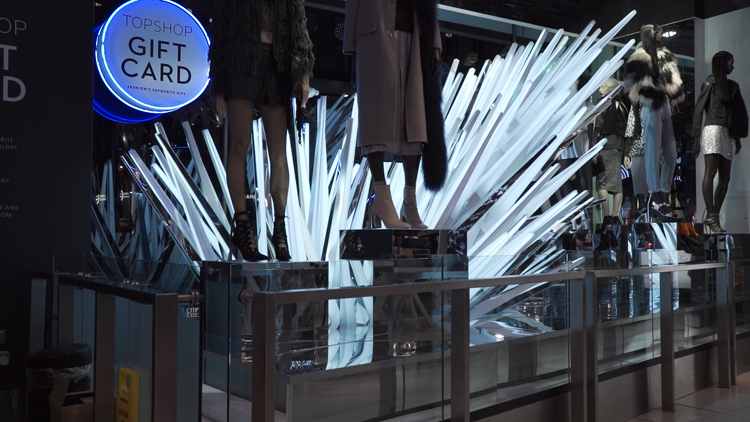 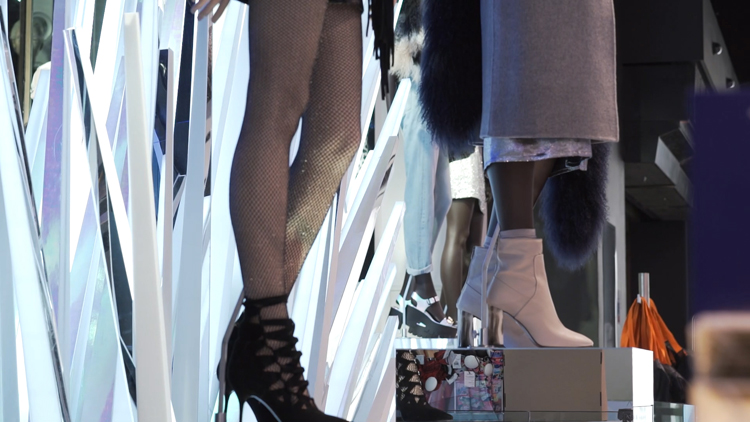 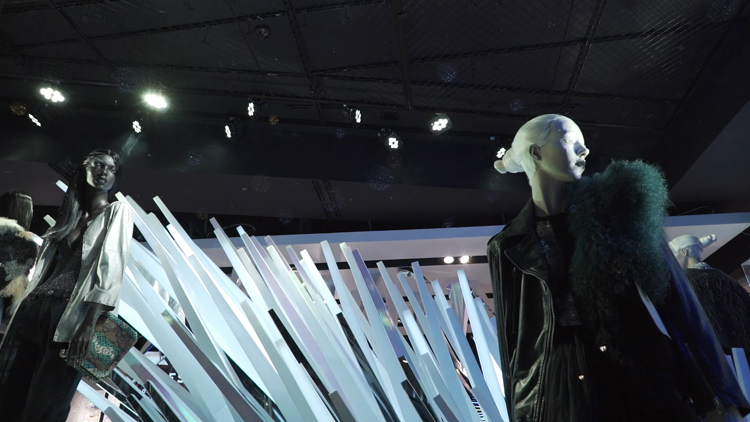 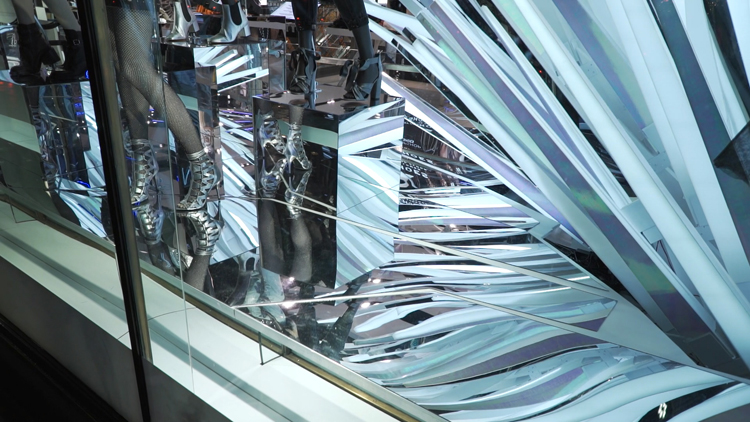 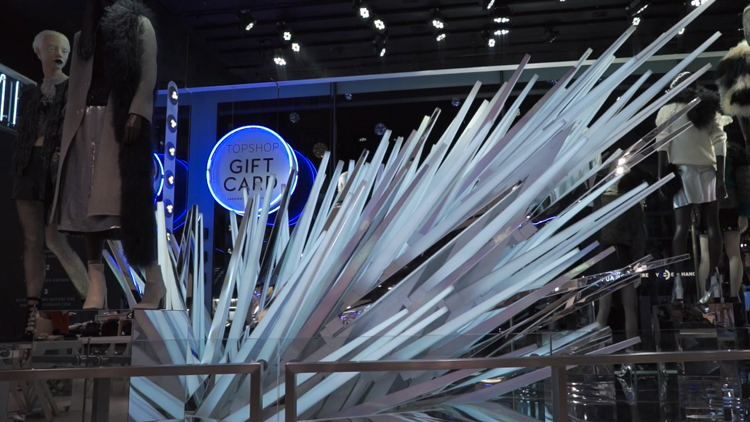 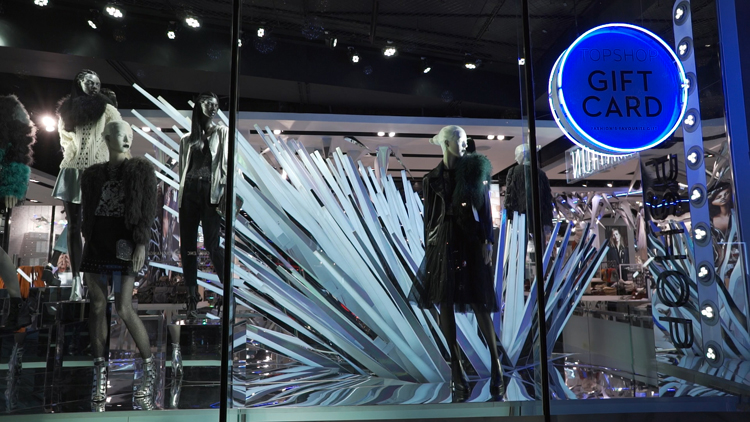