Ingo Maurer has faced the challenge of illuminating one of the mostoriginal Milan’s skyscrapers, the Velasca Tower. As part of the ‘Open Borders‘ exhibition organized by INTERNI during the Milan Design Week 2016, Ingo Maurer has painted the building with light: the lower part and the roof of the tower will be glowing red, like embers, marking the extraordinary architecture as temporary hotspot and location of the AUDI city lab. The middle part will remain dark, but some win- dows will also be lit randomly. Four single white rings will be moving on the lower part of the building uniting to the AUDI logo for a few seconds every now and then. Ingo Maurer prefers not to give explanations of his choice of colours, but to let the visitors find their own interpretation or connotations.

Torre Velasca (Velasca Tower), created by BBPR architects, is 106 meters high and was com- pleted in 1958 in direct neighborhood of the Dome. The architecture absorbs several elements of the ancient city of Milan and leads it into the future. The narrow spaces of the lower floors held shops, offices and exhibitions, while the more spacious upper stories contained apartments with spectacular views overlooking the city. The upper third of the building, which protrudes outward from the lower levels, was designed to resemble medieval watchtowers. 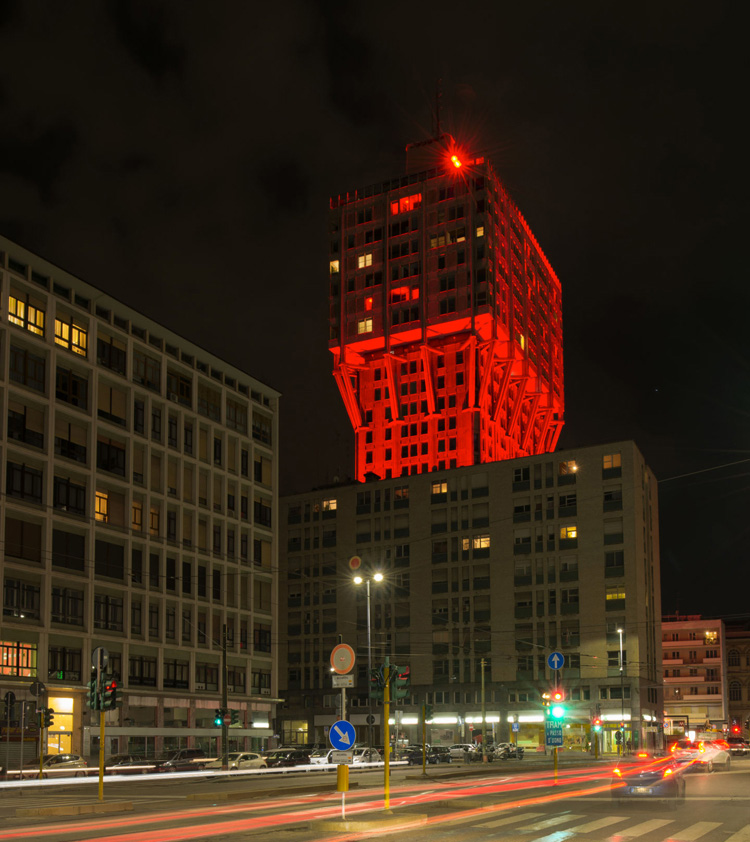 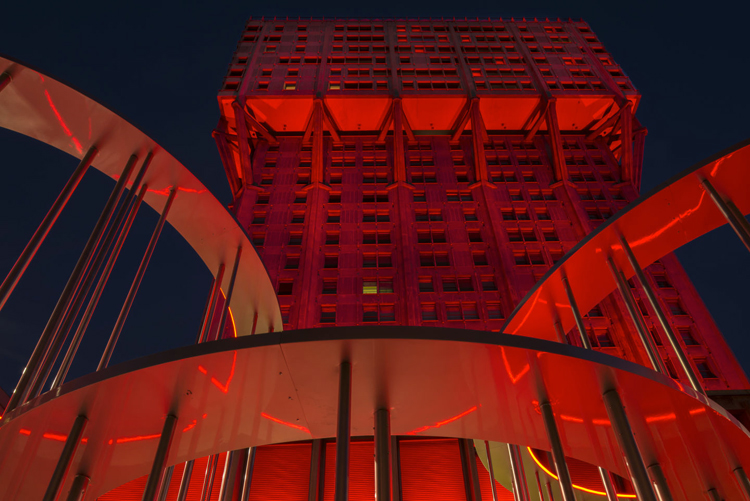 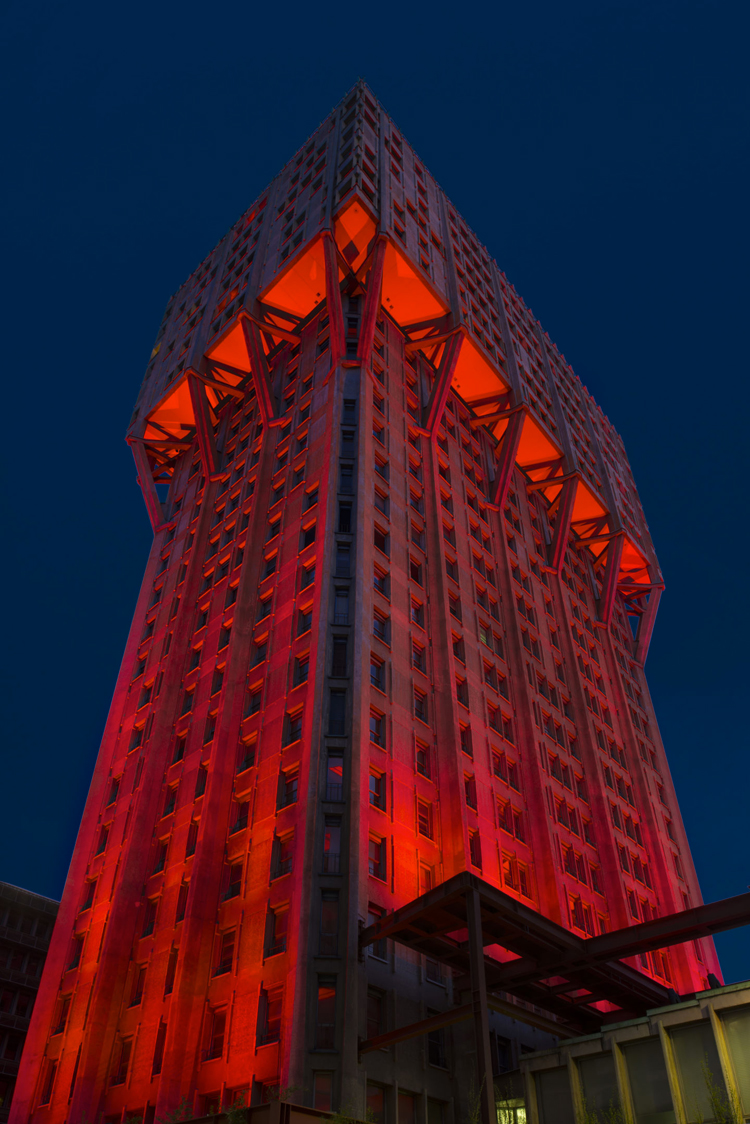 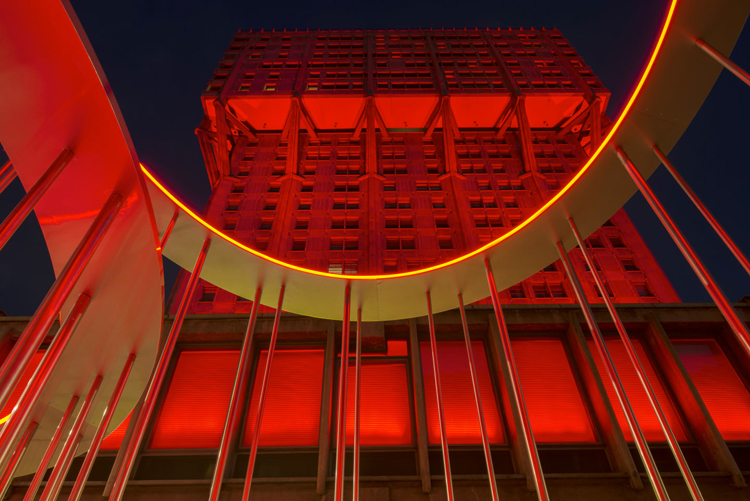 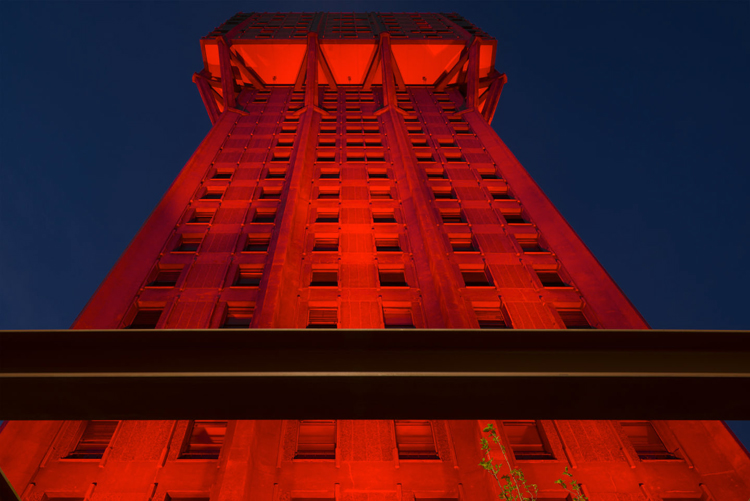 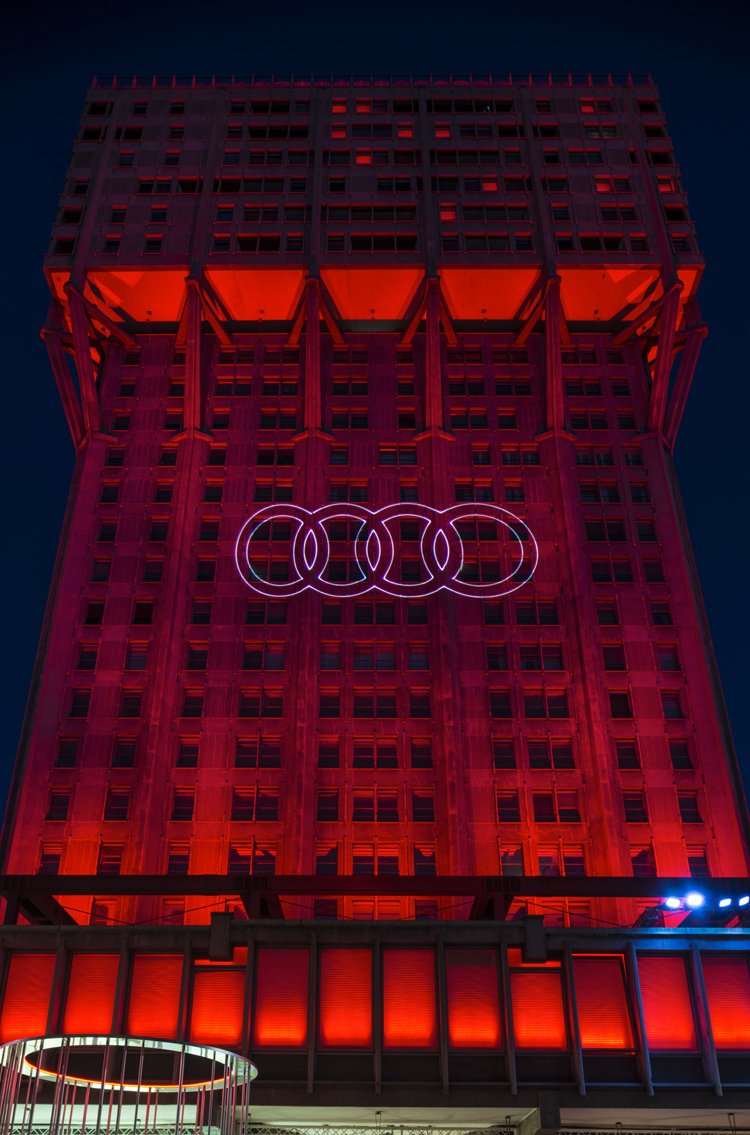