Zimmermann has radically transformed the rooms in the museum to create a massive, integrated, walk-in work where the floor becomes a canvas. In order to experience it in its totality, visitors are invited to become part of the work by simply sitting, standing or walking around. The confrontation between the epoxy floor piece and a new series in oils – shown for the first time in this grouping – will form the centre of the show. 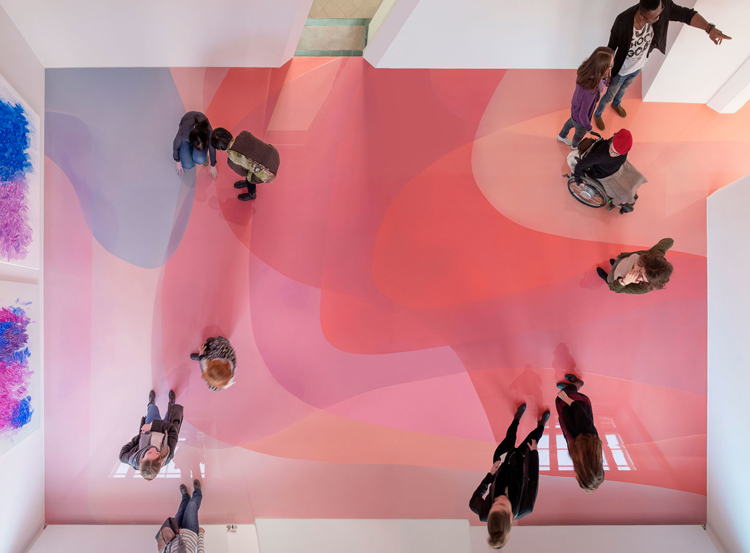 Zimmermann has been exploring the potential of painting ever since the mid-1980s. Deploying digital filters and computer programmes, he uses templates – such as photographs, film stills or diagrams – in unusual ways, transferring them onto canvas in several layers of transparent epoxy resin. This manipulation gives rise to abstract, fluid shapes that radiate an immense visual power. 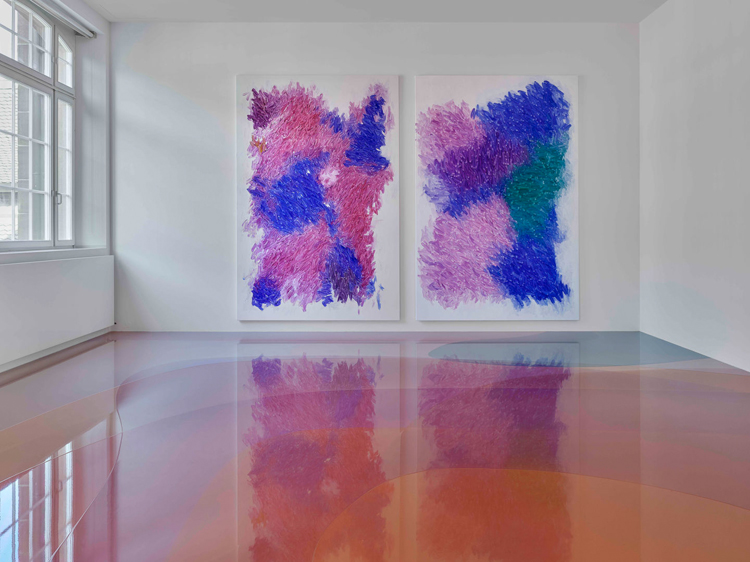 Freiburg School not only revisits the museum’s previous incarnation at the beginning of the twentieth century as a girls’ school; the title also draws on the artist’s inveterate scepticism towards common means of education and communication, such as encyclopaedias, travel guides and treatises on picture theory. He discusses the shift from the centrally-organised dissemination of knowledge to crowdsourcing, from the encyclopaedia to Wikipedia and beyond. Within this context, the shiny surface of the paintings and their multi-layered composition recall the computer-based logic of browser tabs, screen icons or windows. Thus, in this intense engagement with the influence of digital media on current painting, Freiburg School presents the complex, painterly and highly colourful cosmos of Peter Zimmermann. 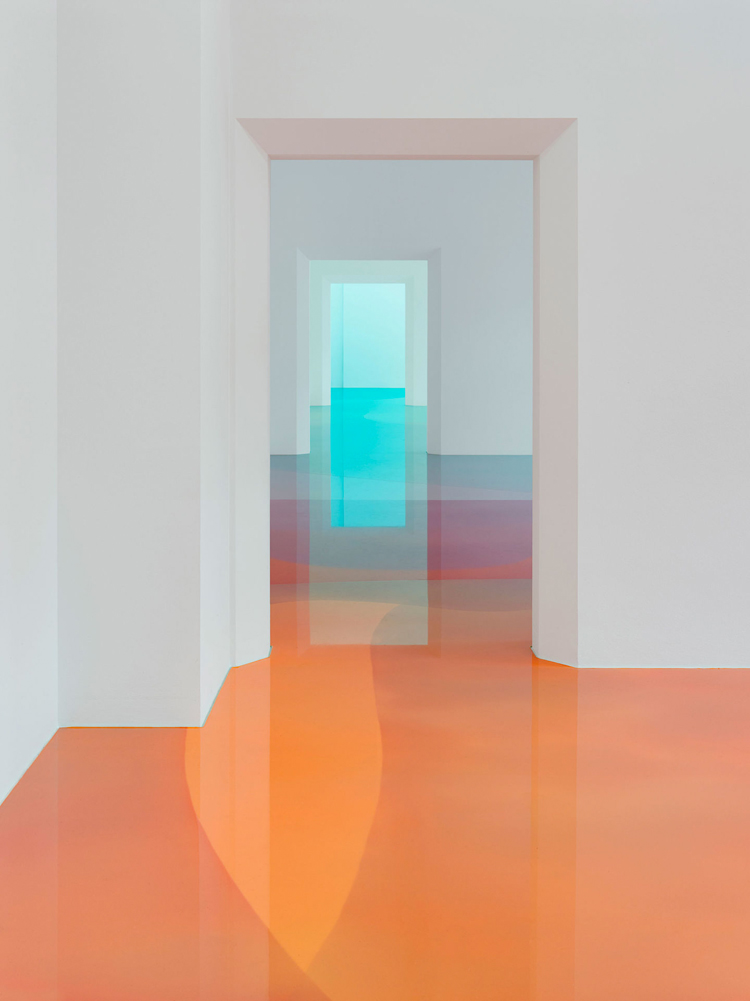 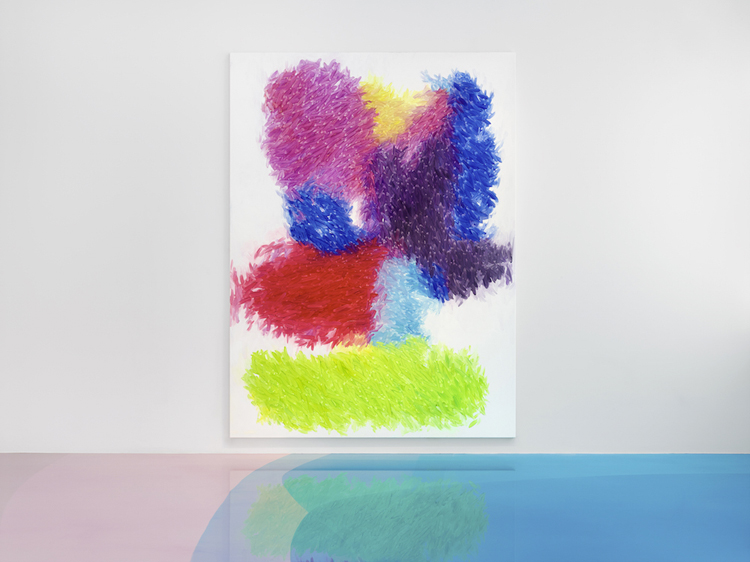 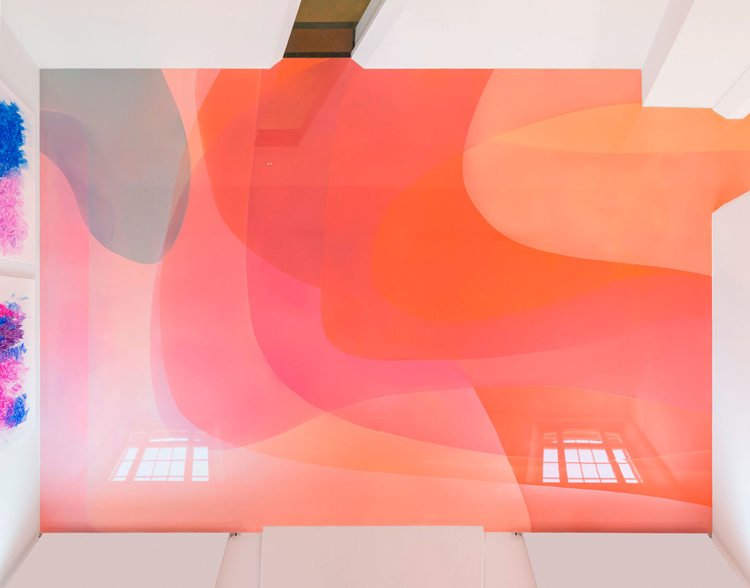 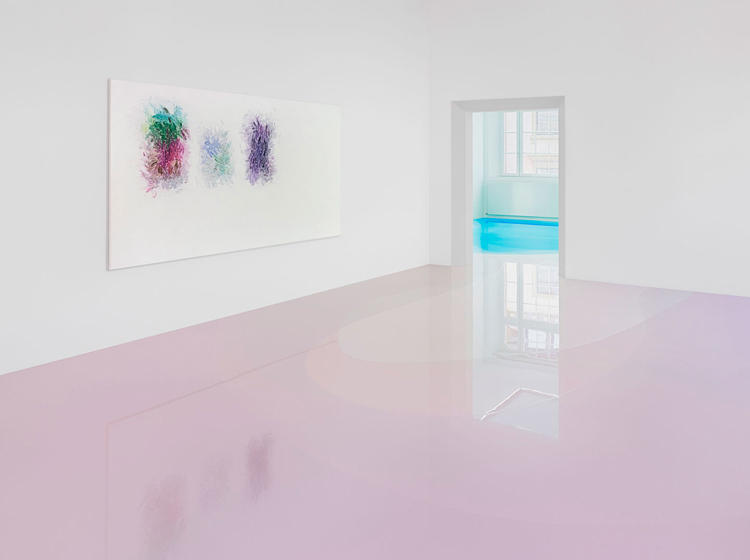 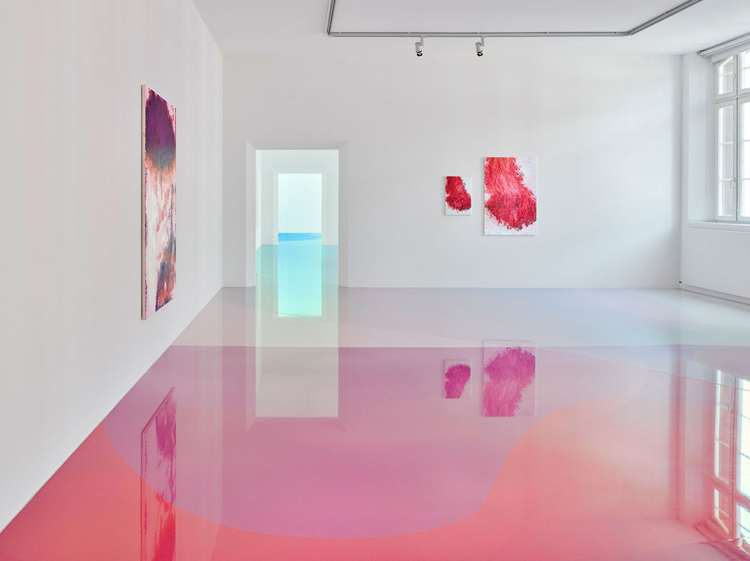 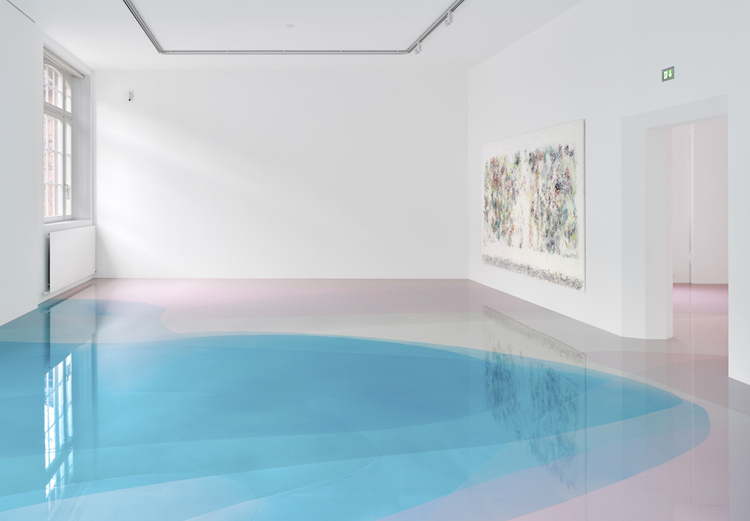 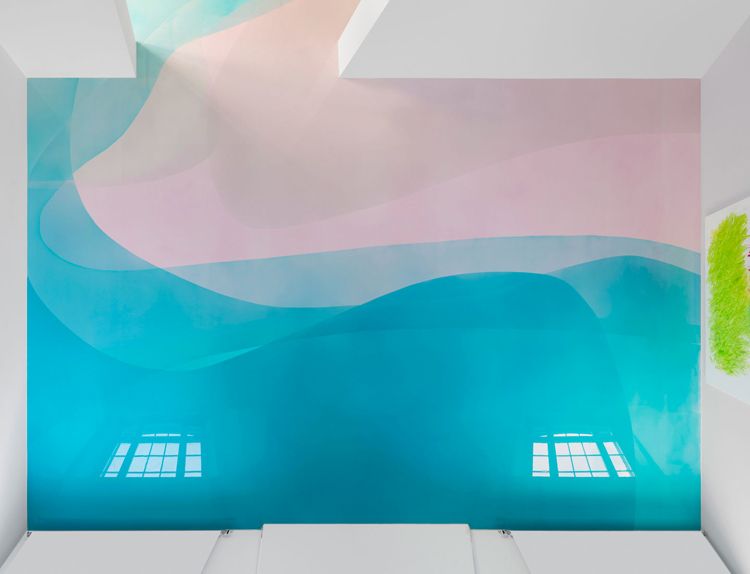 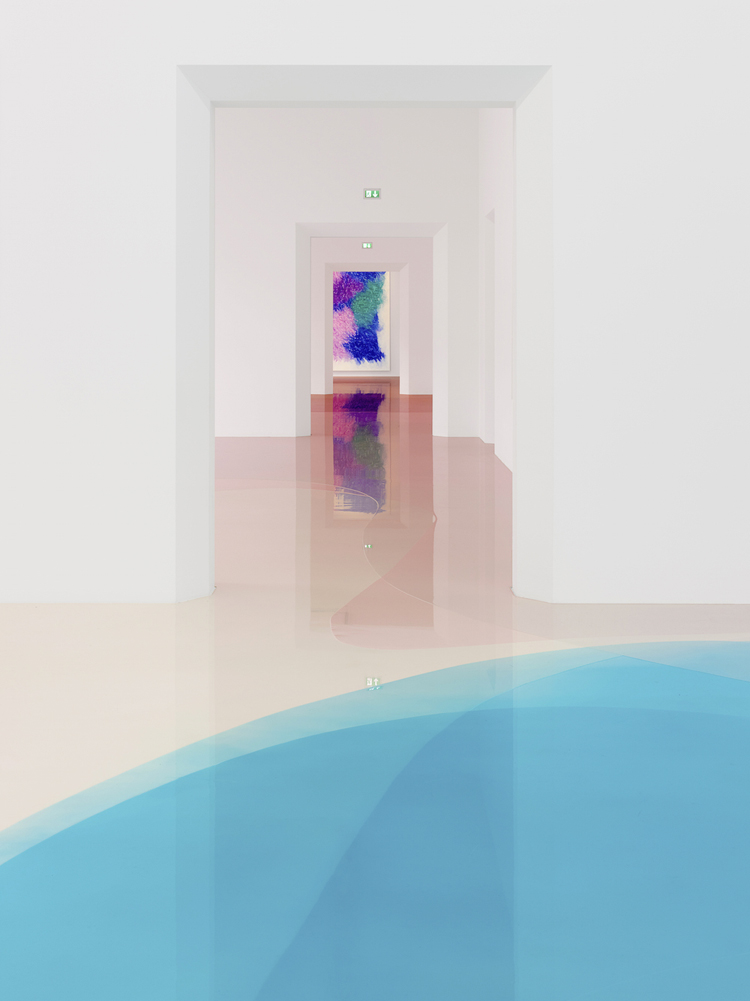 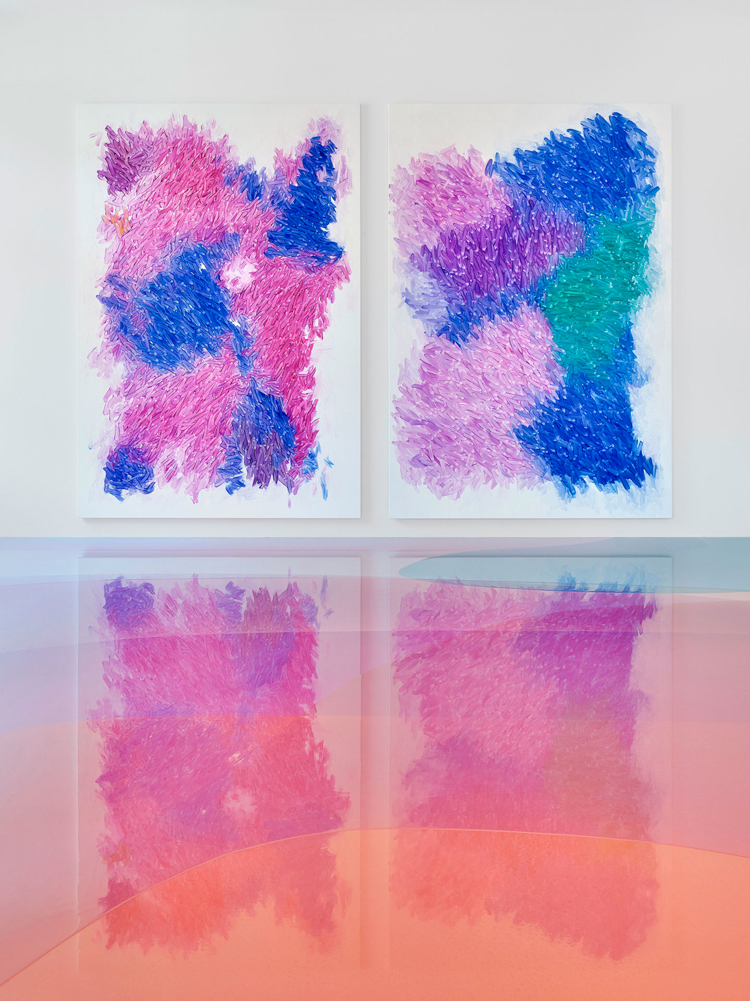