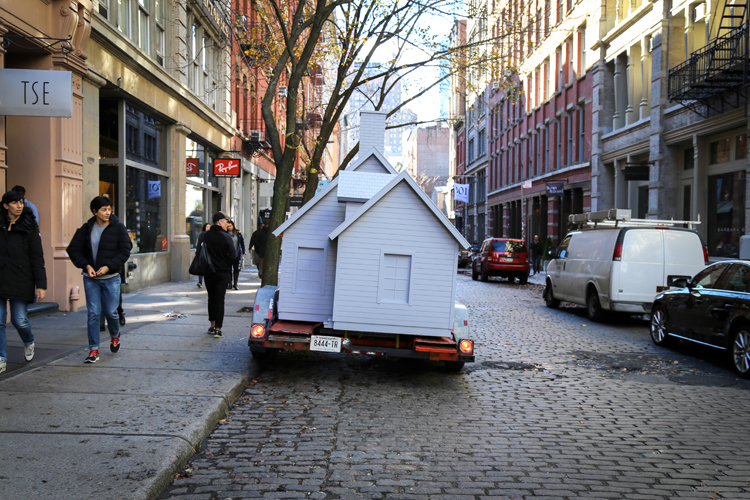 The plastic orange steam tubes placed above manholes in New York are a commonplace element within the metropolis landscape. These tubular chimneys offer some sense of spectacle and mystery, but for the most part are one more obstacle in traversing the city. Reigelman has repleaced these orange tubes, forcing spectators to reconsider the framework of a city’s infrastructure, and redress the functionality and activation of public space. 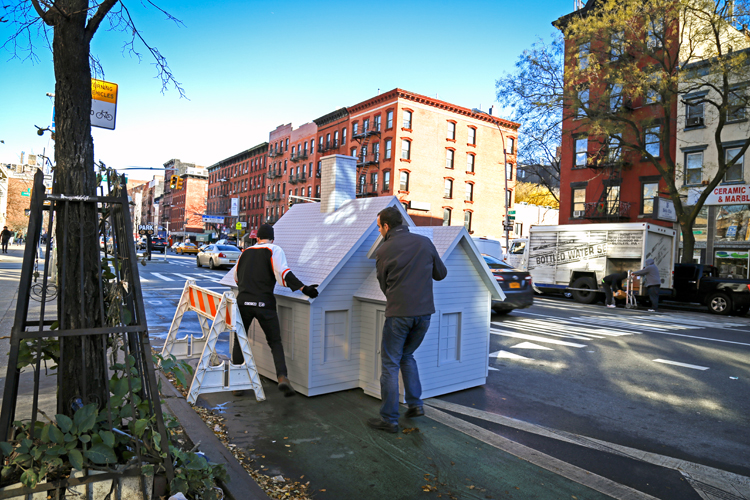 Smökers, consists of a miniature monochromatic wooden cabin, temporarily installed atop steaming manhole covers throughout New York City. This cabin replaces the brightly colored plastic steam tubes that dot the New York landscape, allowing the byproduct of the city’s essential industrial process (steam provides power and heat to thousands of homes throughout the city) to be highlighted and subverted. 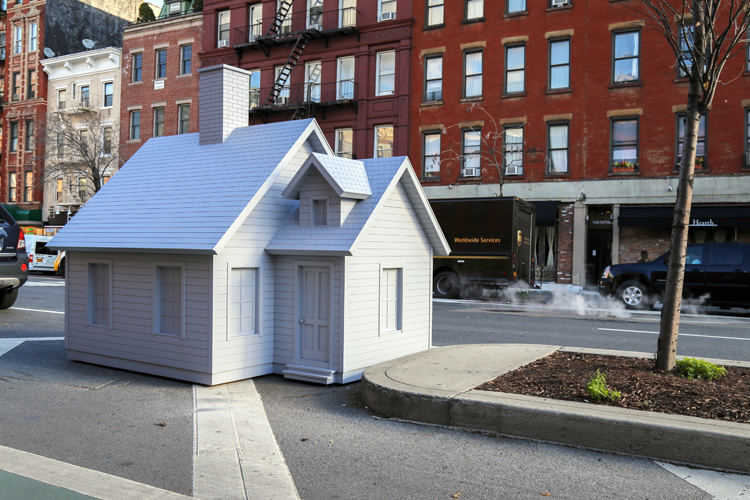 Inspired by Reigelman’s childhood fascination and familiarity with small hand-made German objects (Räuchermann), the project seeks to imbricate the purpose of steam tubes, and insert the notion of whimsy and imagined narrative to the everyday. Räuchermann, also commonly referred to as ‘smokers’, are simple wooden incense burners, often resembling cottages, animals, and chimney sweeps. The aesthetics of these common German objects references the orange and white candy-cane striping of these plastic steam tubes but more importantly, both objects have identical functionality and usage – to channel and release smoke – compounding the nuance of the work. 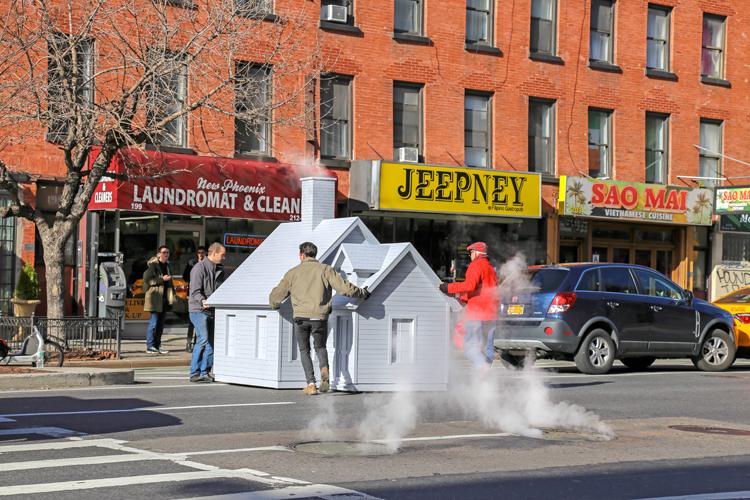 Thus far Smökers has been installed in three central Manhattan locations; Broadway Ave. and Grand St. (SOHO), 1st Ave. and 12th St. (East Village) and Park Ave. and 27th St. (Midtown). The nature of this project allows it to travel and have mobility within the city. As the installation was not sanctioned or permitted the installation durations vary from 30 seconds to 3 hours depending on location and time. This created a beautiful ephemerality to the work, a sense of the fleeting, echoing the nature of the steam itself. 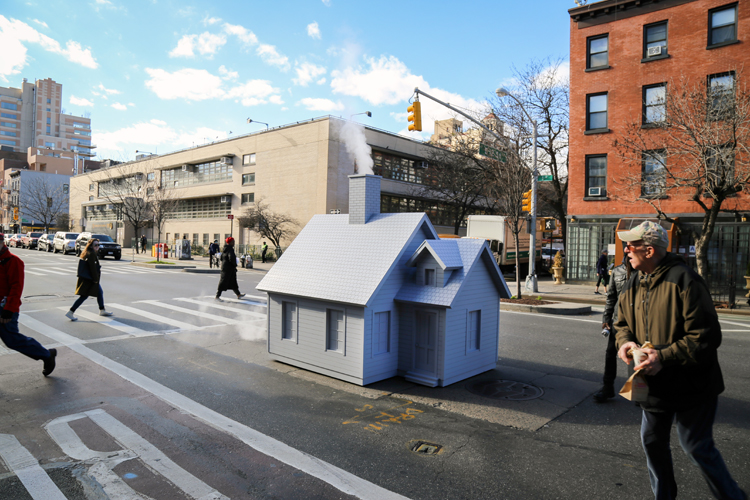 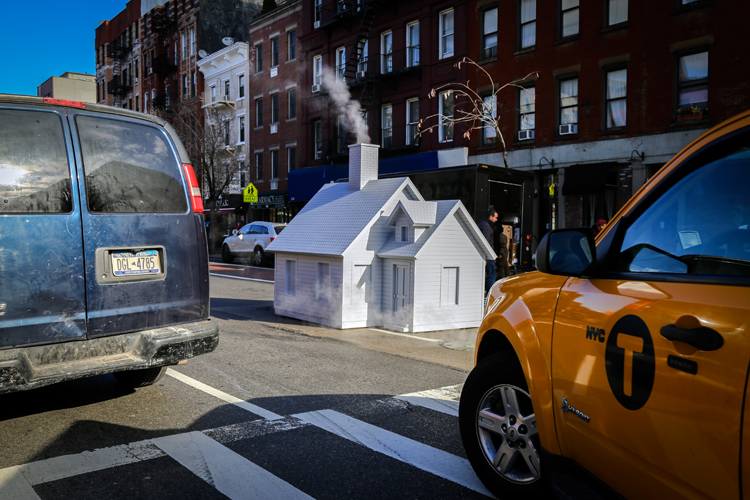 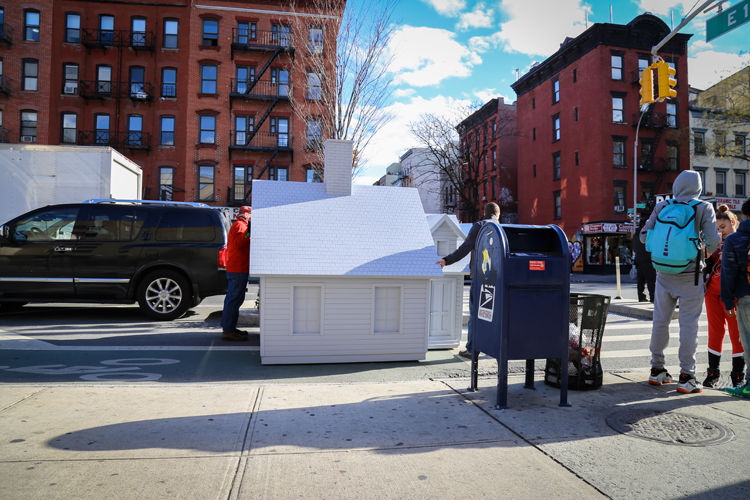 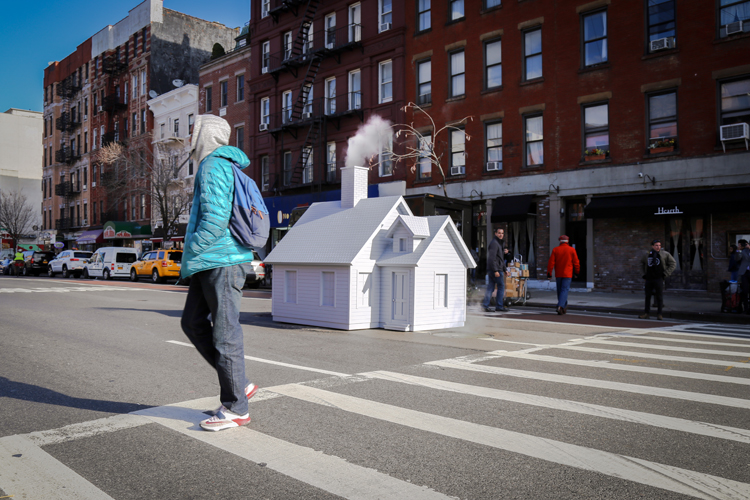 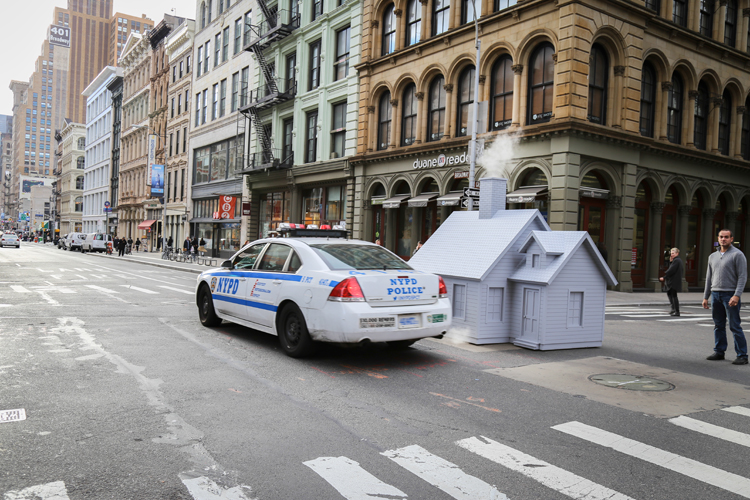 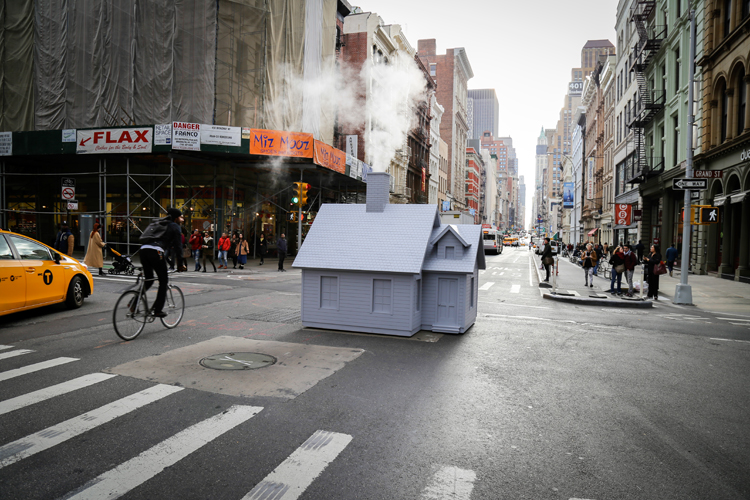 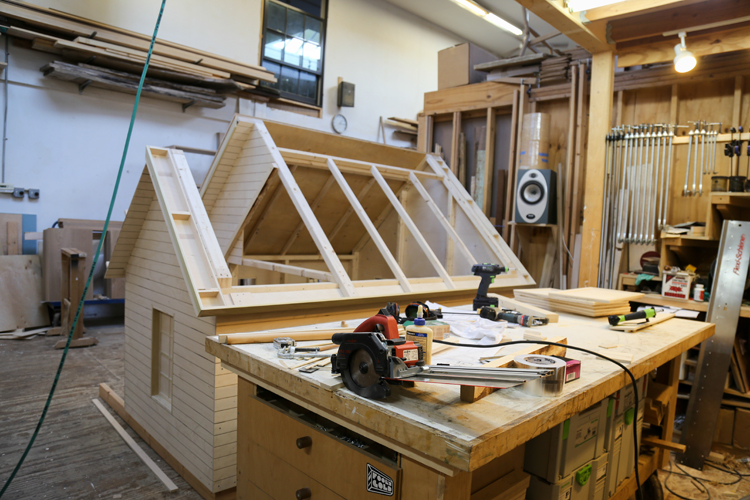 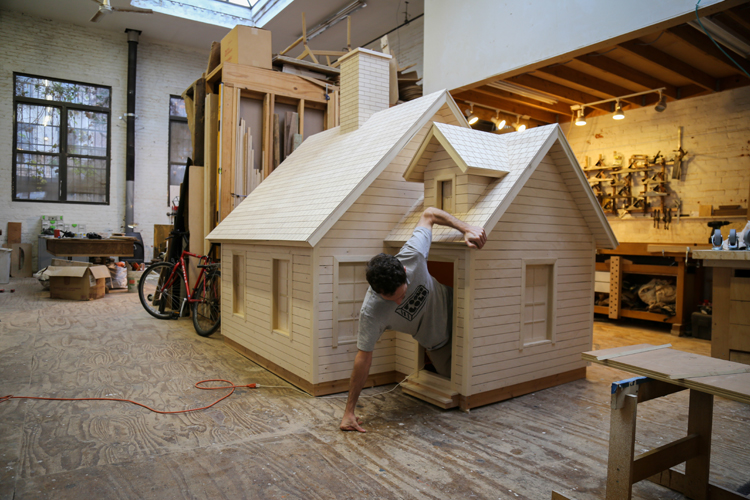 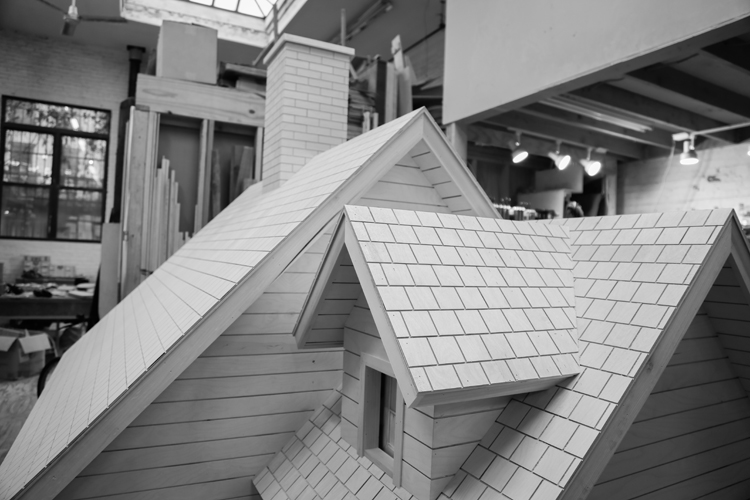 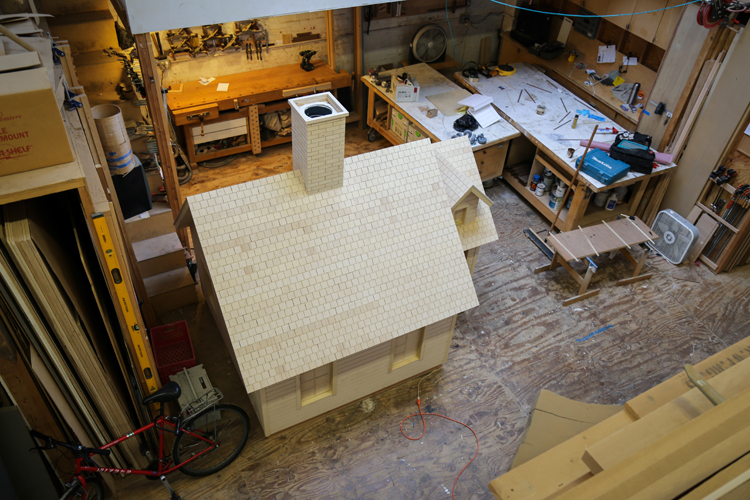 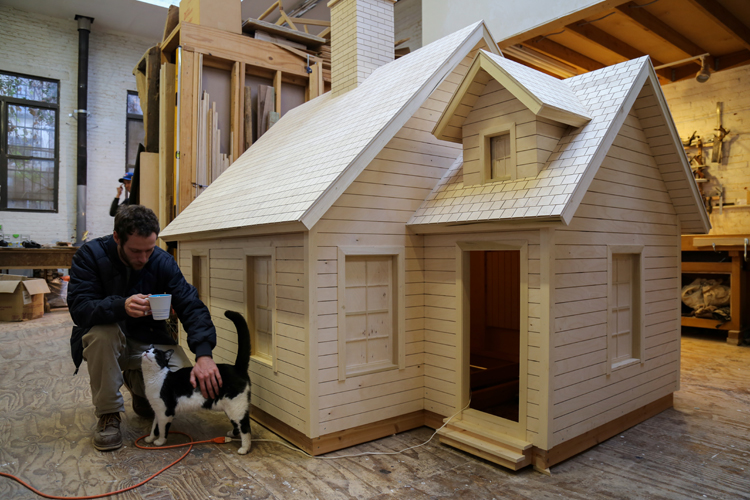 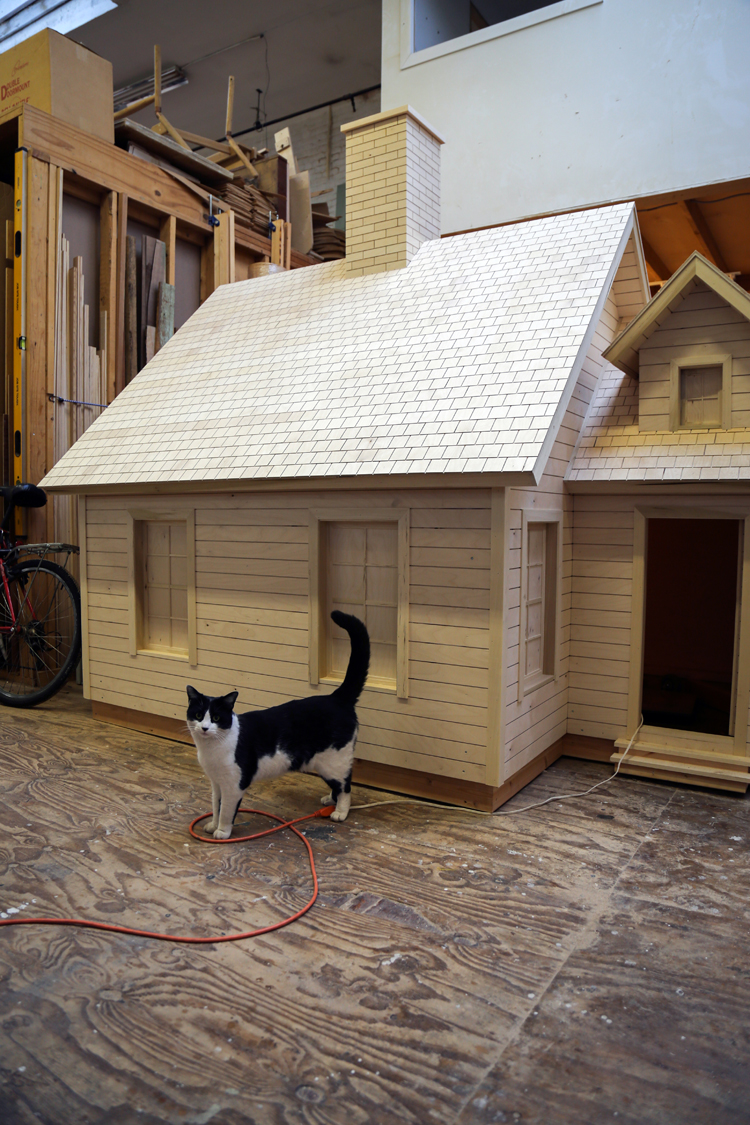 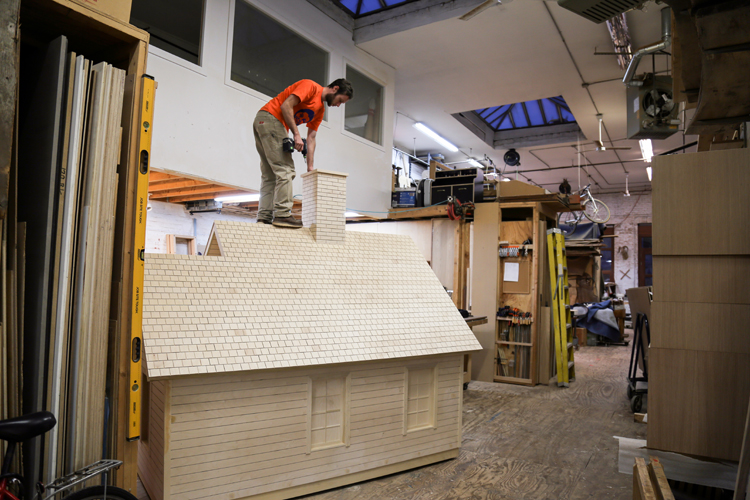 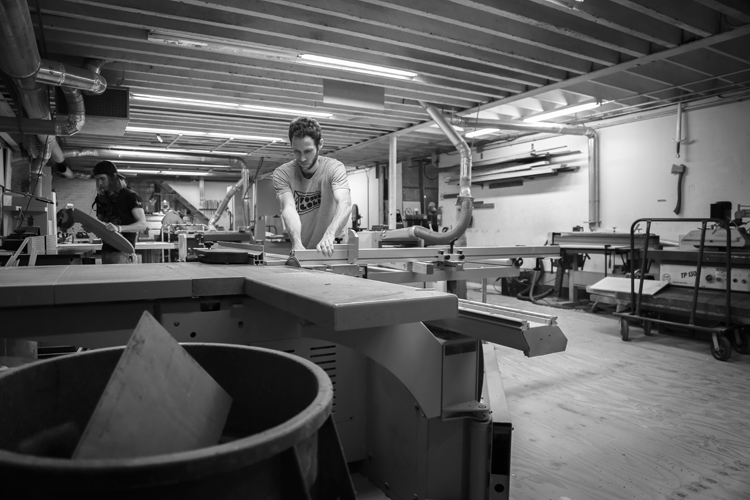 all images and video courtesy of Mark Reigelman