Color is taking over the Fondation Louis Vuitton in Paris. The building designed by Frank Gehry is presenting a temporary work by Daniel Buren, Observatory of Light, an installation that clothes the emblematic façade of the Fondation in colored filters. The most distinctive feature of the Gehry building that opened to the public in October 2014 is surely the twelve sails, which are made up of 3,600 panes and have a total surface area of 13,500 square meters.

These sails are held up by wood beams to wrap the solid volumes of the museum and give the building its defining expression, while creating a variety of in-between spaces filled with stairs and terraces. 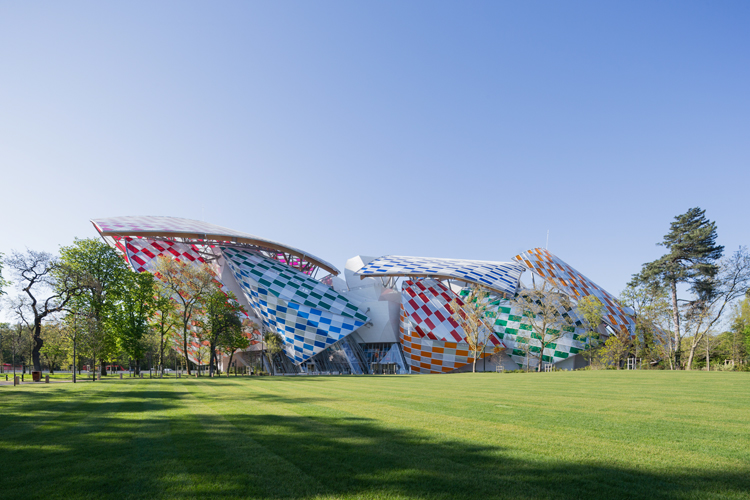 The twelve sails were covered by a staggering array of coloured filters that are in turn punctuated, at equal distances from one another, by alternating white and blank stripes perpendicular to the ground. The thirteen selected colours will make coloured forms appear and disappear, ever-changing with the time of day and the season. Through a play of colours, projections, reflections, transparencies and contrasts, both inside and outside, Daniel Buren will show this building in a new light. 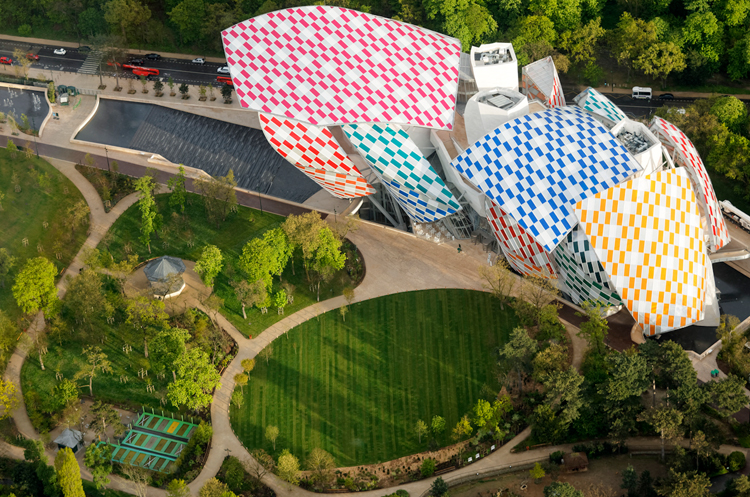 As the artist sees it, “The terraces, as Gehry has created them, are what make the museum original. They are not positioned as they usually are at the top of the building but wrapped around it, winding around the closed spaces. A bit like utopian architecture …” In turn Buren concludes, “I can’t see myself being offered another space as extraordinary as this one any time soon. If I were offered a similar place, in fact, I would stop. Here it’s so particular that it’s a joy to carry out this transformation of the architecture by means of the positioning of color.” 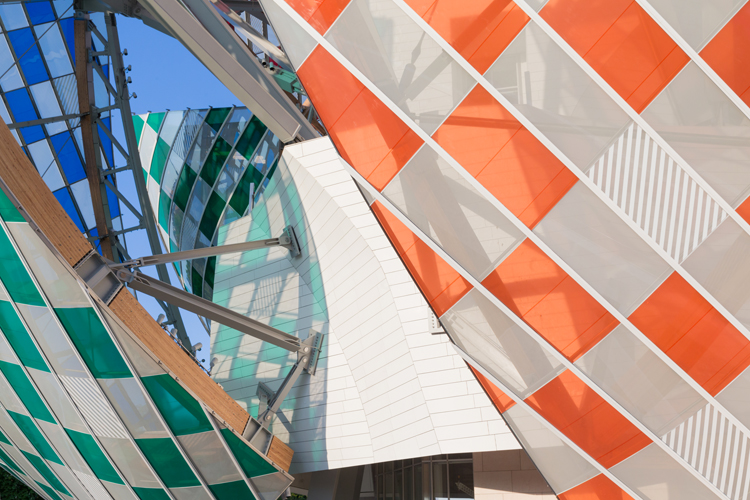 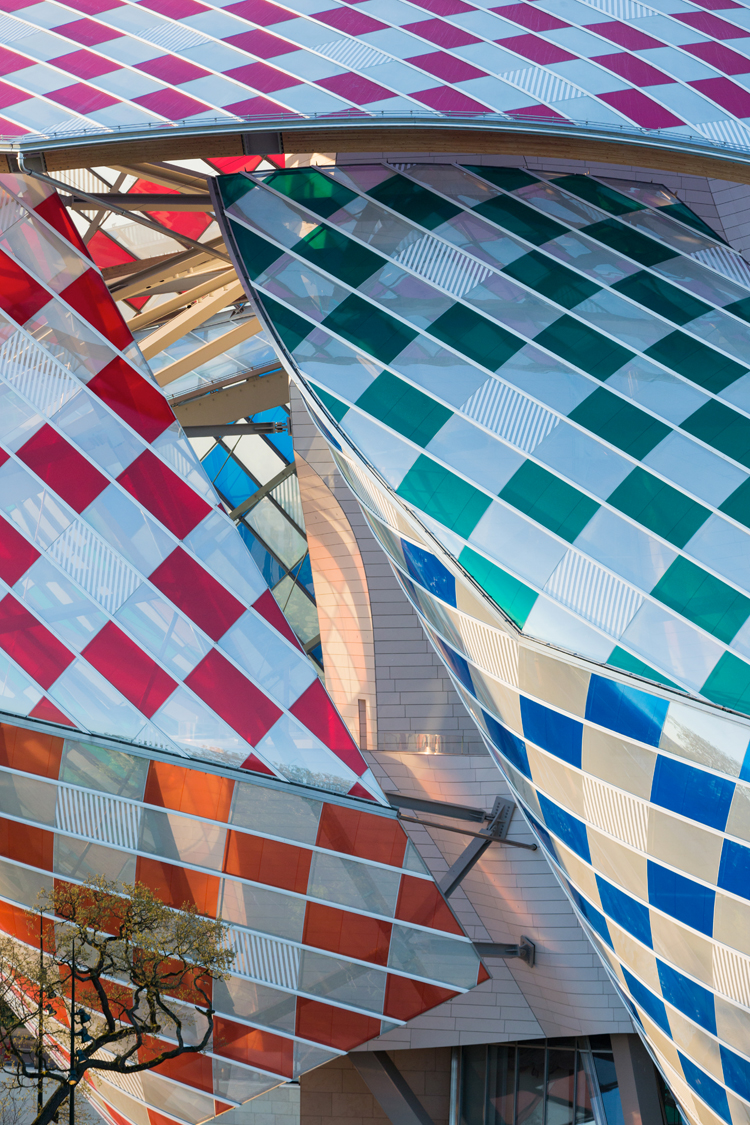 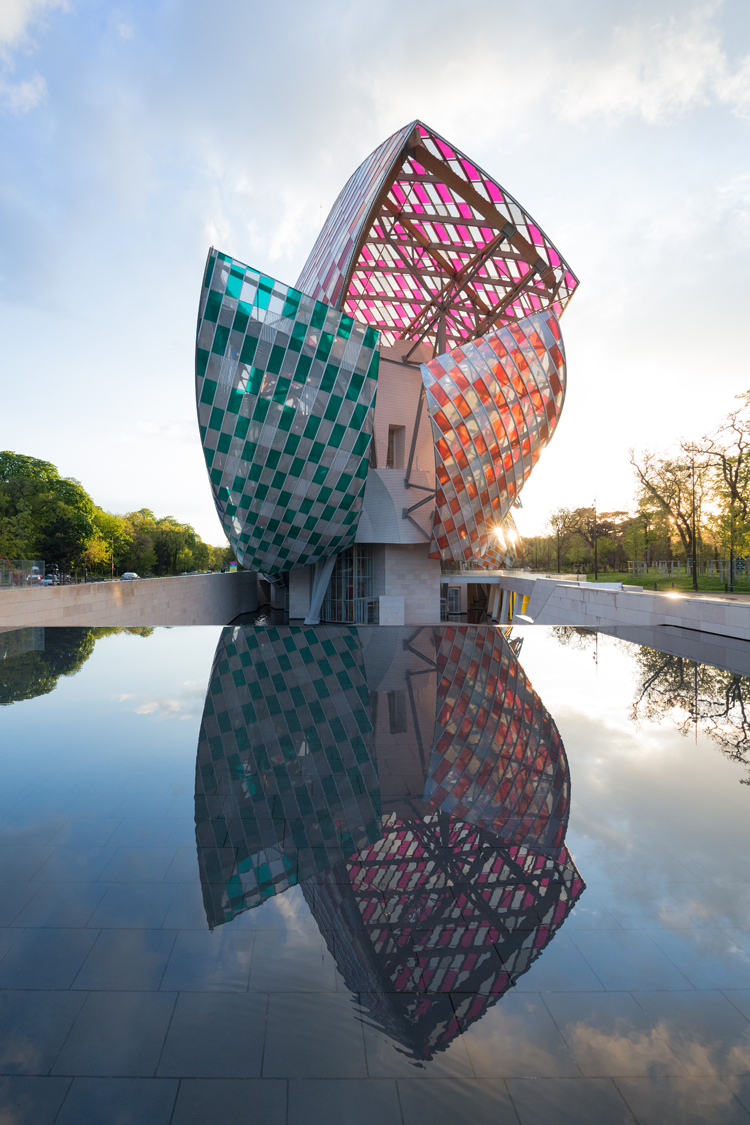 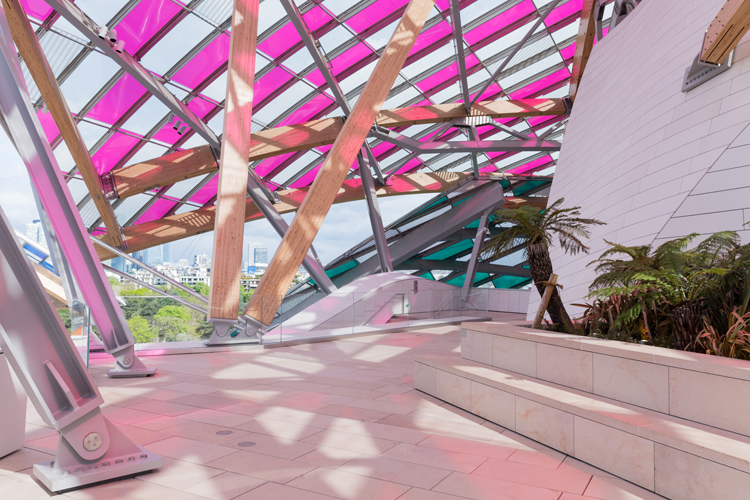 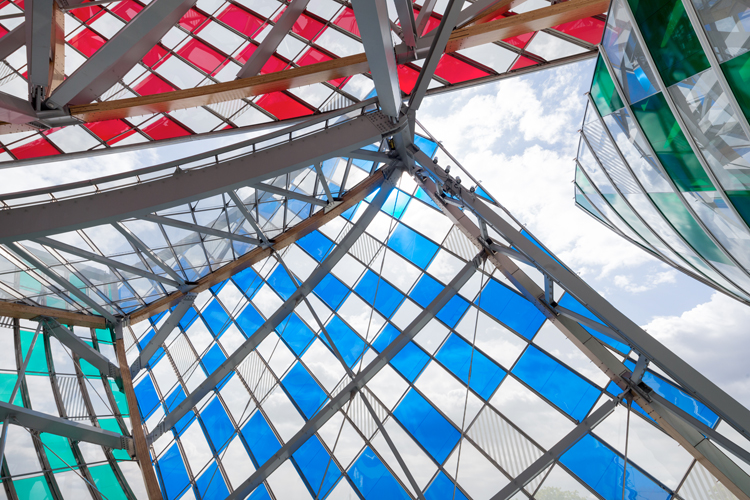 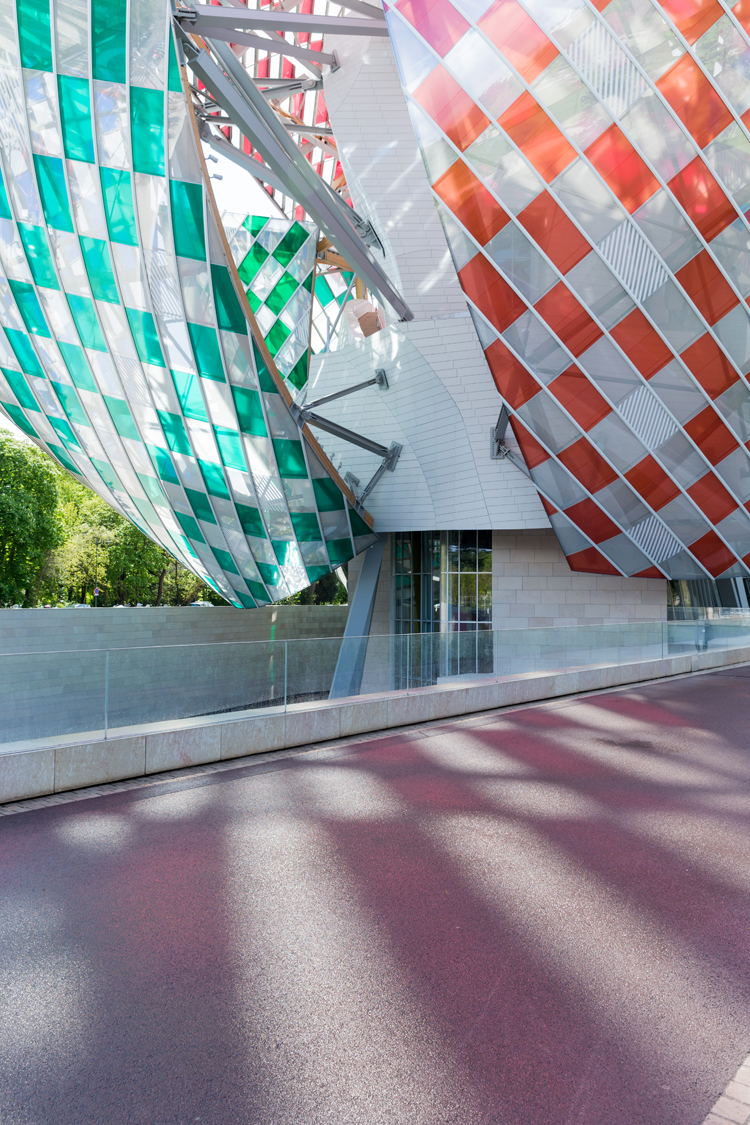 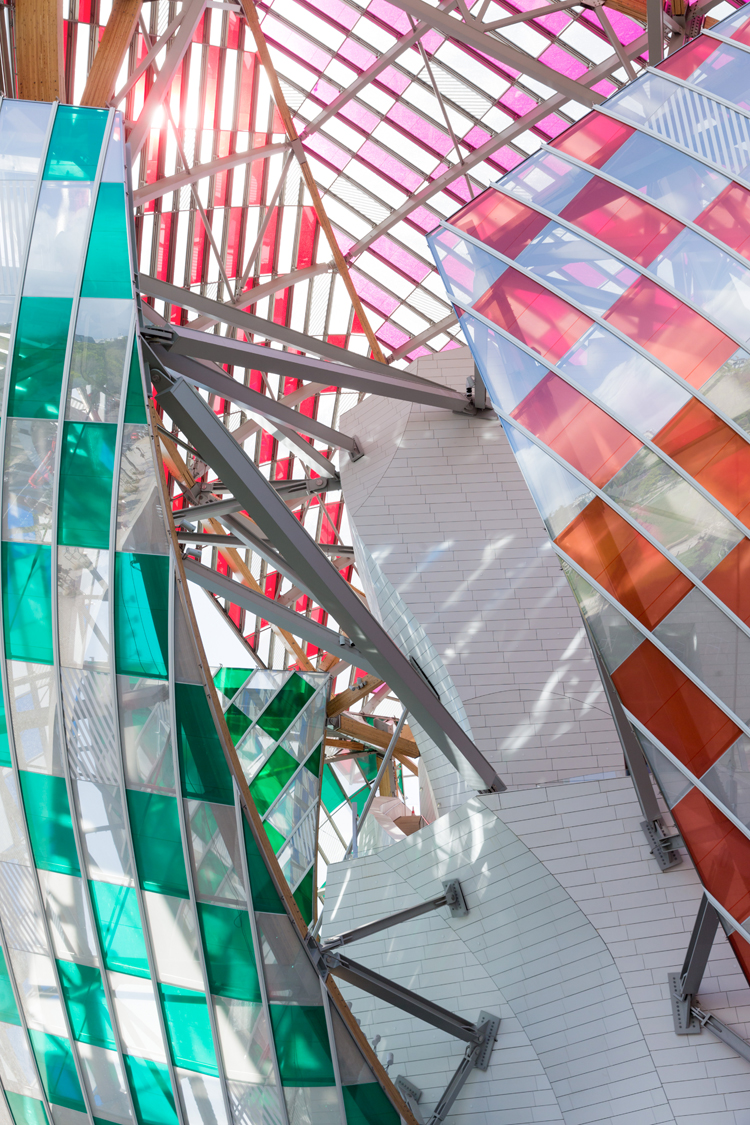 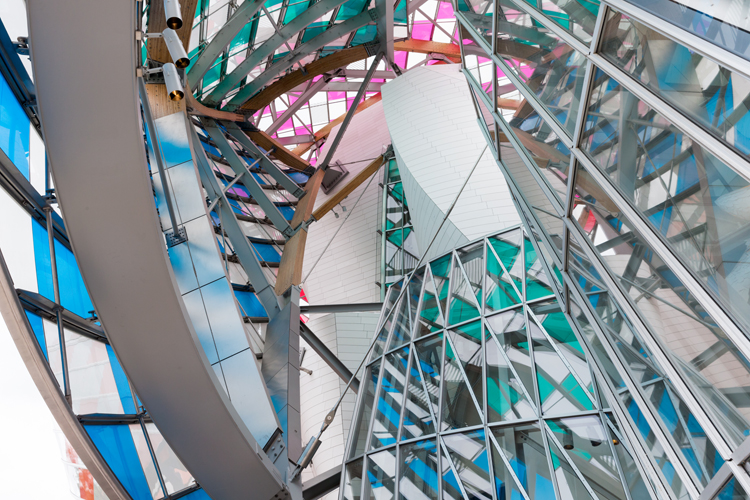 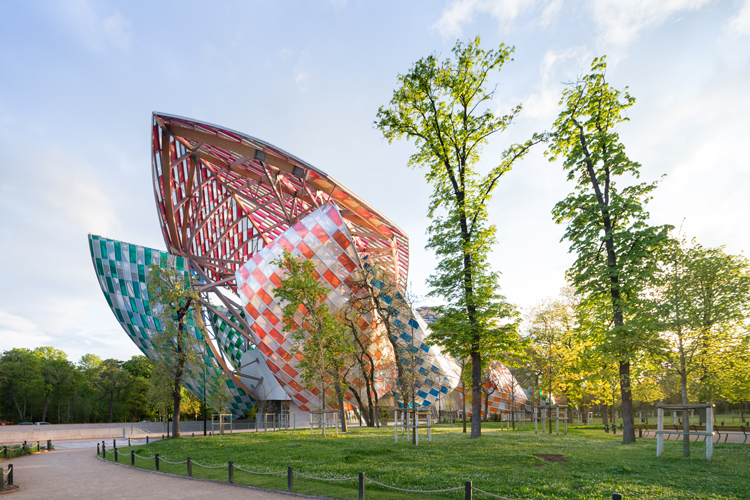 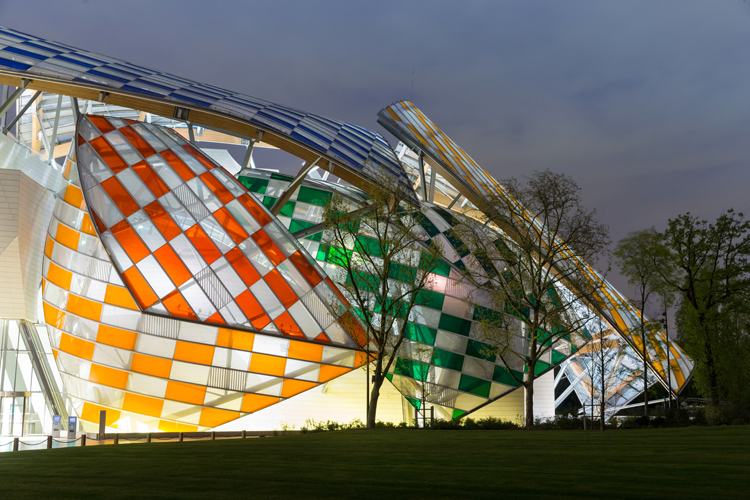 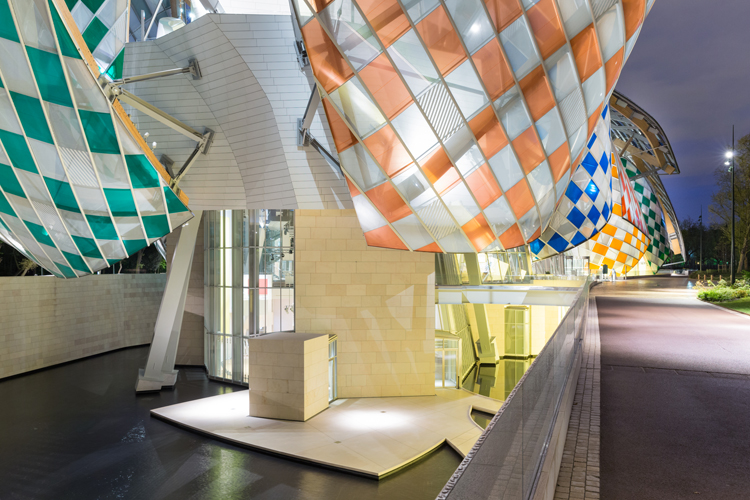 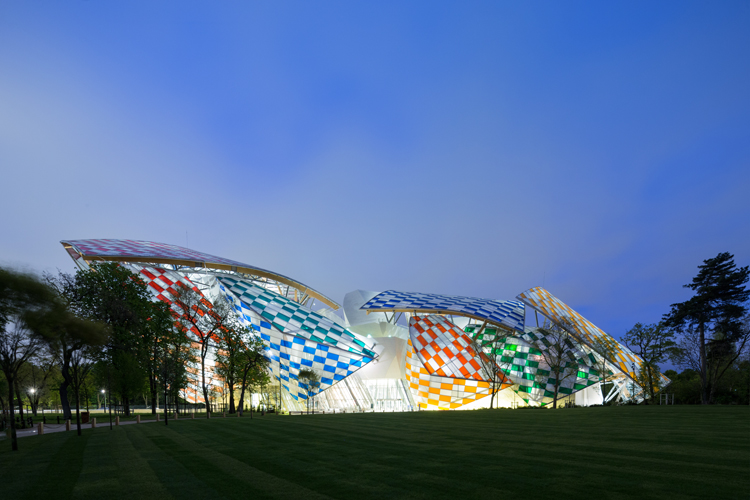 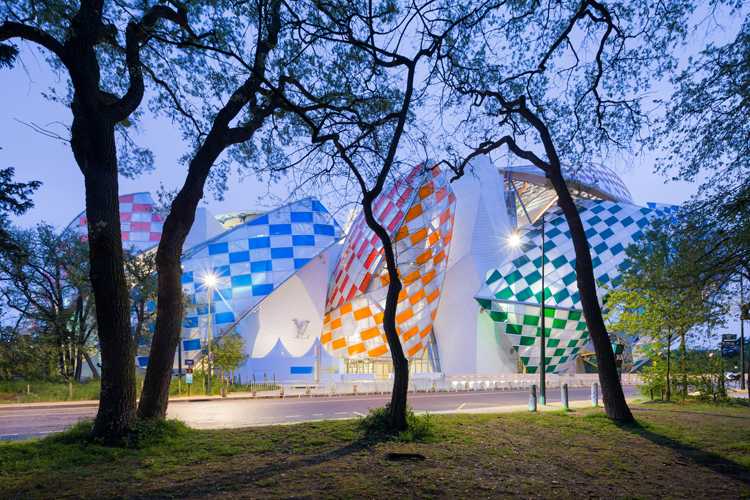