Until the end of August, Japanese art collective TeamLab presents DMM.Planets, an art exhibition with large scale installations on a 3,000 square meters exhibition space in Tokyo.

Among the works presented, the Crystal Universe is a digital maze that invites participants of all ages to immerse themselves in digital-themed rooms. This artwork uses accumulated light points to create a sculptural body, similar to the way distinct dots of color form an image in a pointillist painting. In Crystal Universe, the particles of light are digitally controlled, and change based on the viewer’s interactivity with the work. The result is an installation consisting of an accumulation of lights, forming a sculpture that expresses the universe. 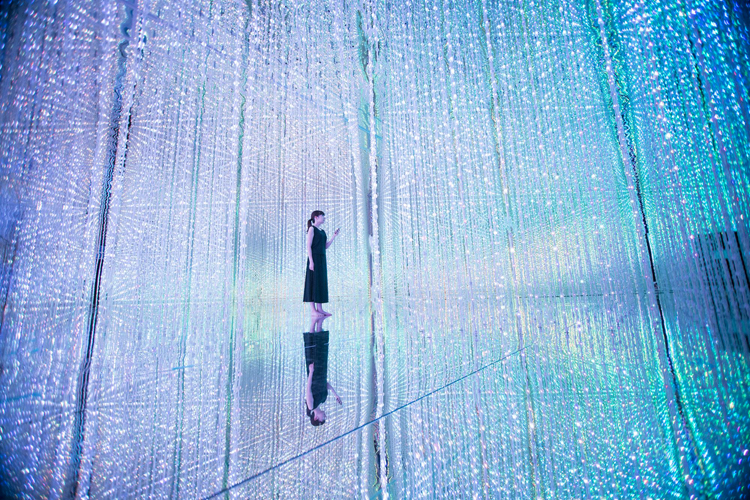 Viewers are invited to enter and walk around within the three-dimensional light space. This movement affects the light particles and creates changes in the installation. Viewers can also interact with the work by using their smartphones to select elements that make up the Crystal Universe.

While Crystal Universe is created by elements selected by the viewers, each action or change affects the other. The viewer’s position within the artwork also influences how the work is created; thus, the artwork is continuously changing. 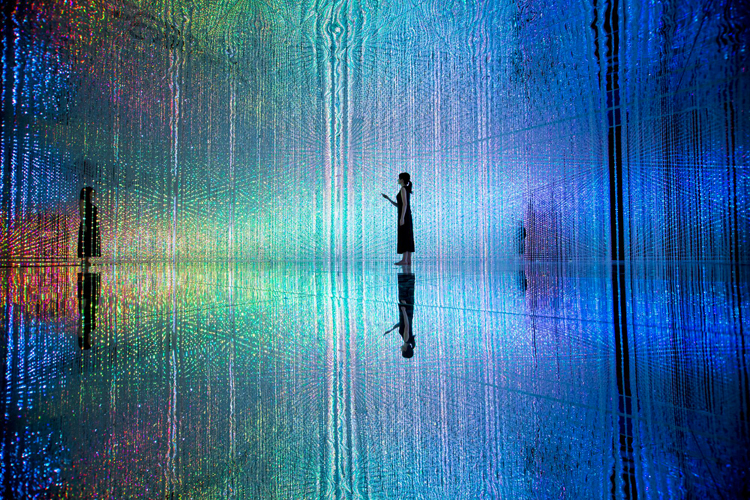 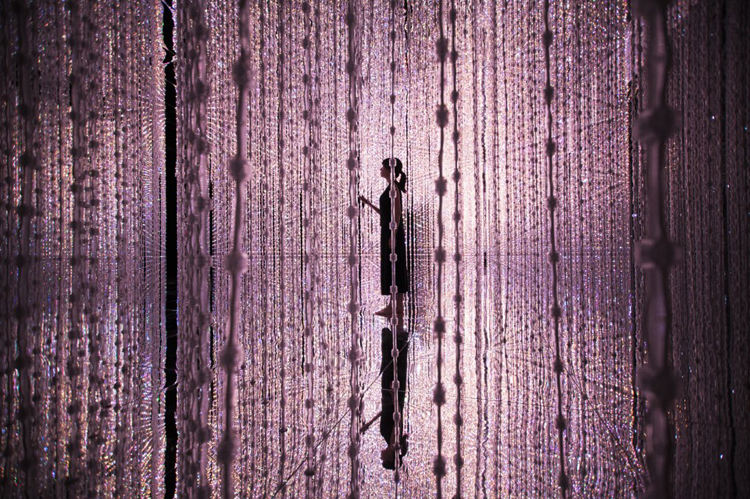 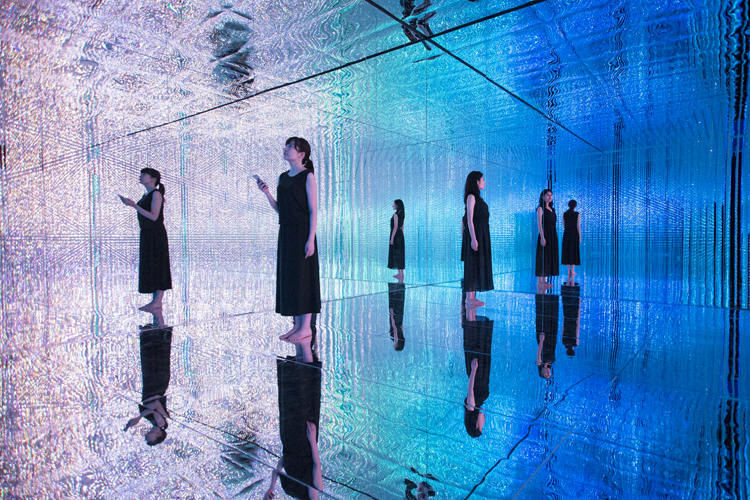 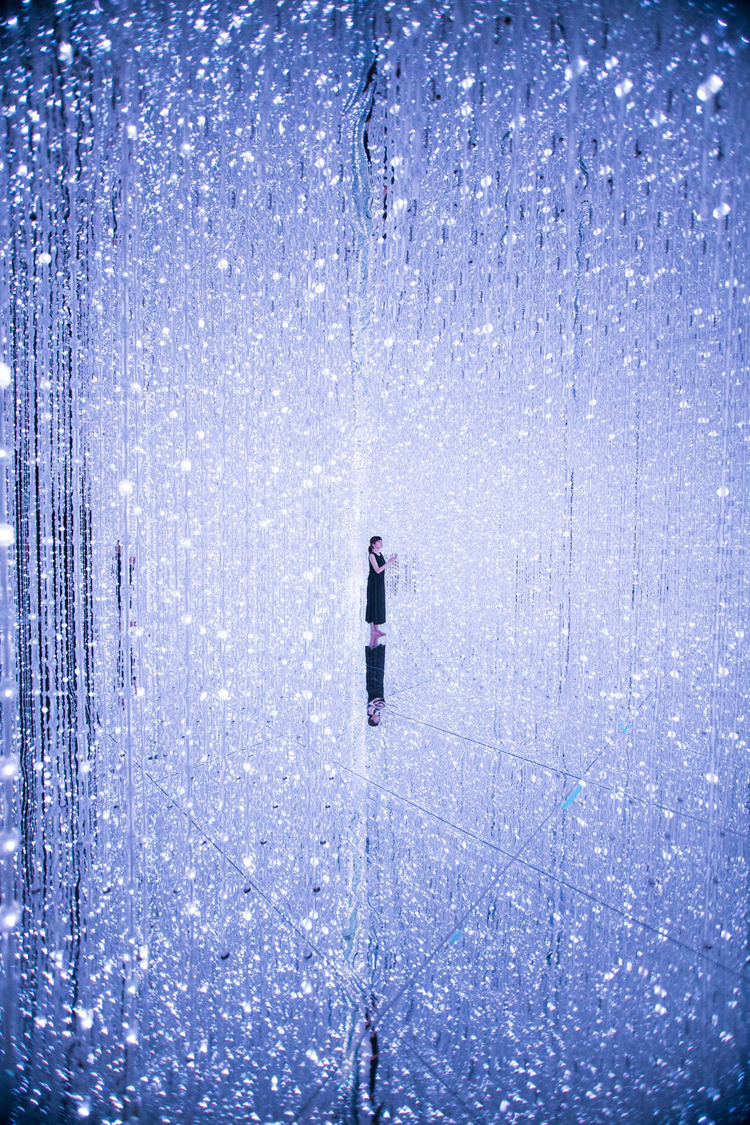 In ‘Drawing on the Water Surface created by the Dance of Koi and People’ Koi fish swim on a water surface that strectches out into infinity. People can walk into the water. The movement of the koi is infleunced by the presence of people in the water and also other koi. When the fish collide with people they turn into flowers and scatter. The tragectory of the koi is determined by the presence of people and these tragectories trace lines on the surface of the water.

The work is rendered in real time by a computer program, it is neither a pre-recorded animation nor on loop. The interaction between the viewer and the installation causes continuous change in the artwork. Previous visual states can never be replicated, and will never reoccur. 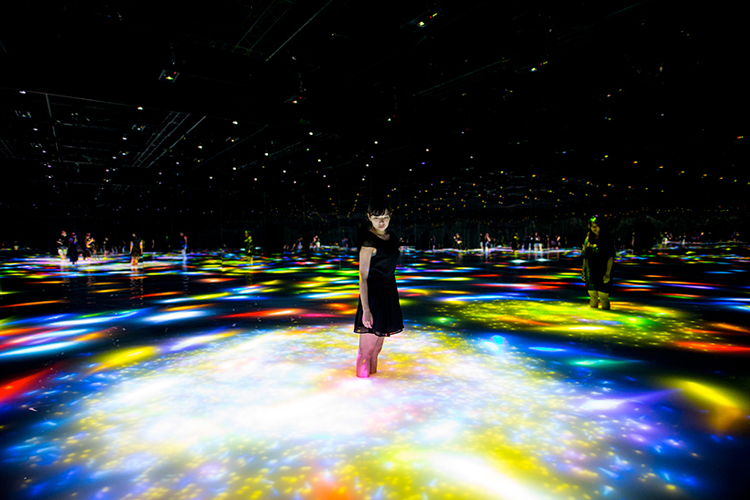 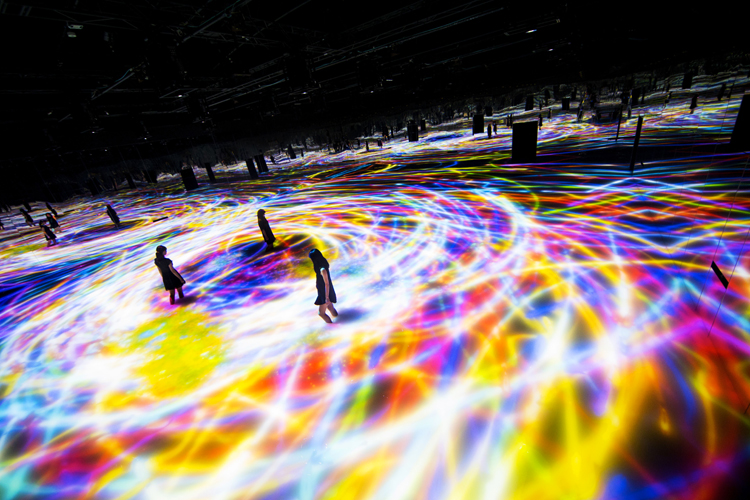 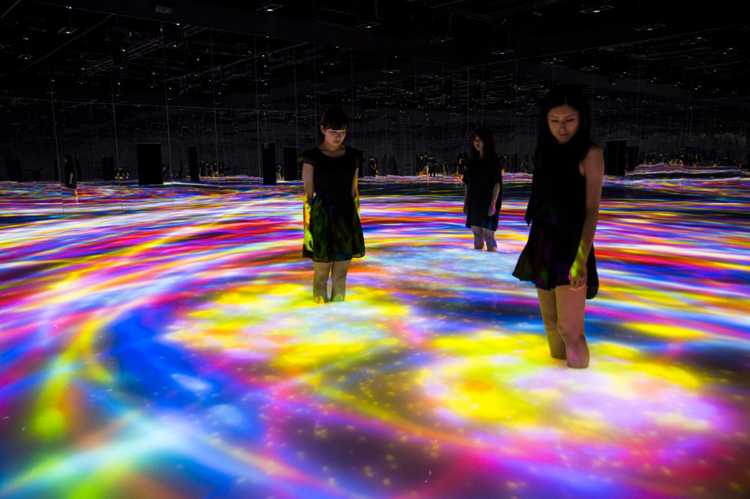 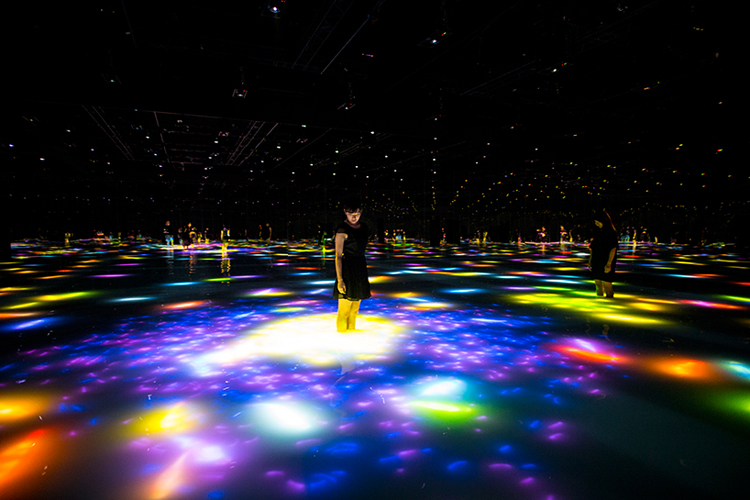 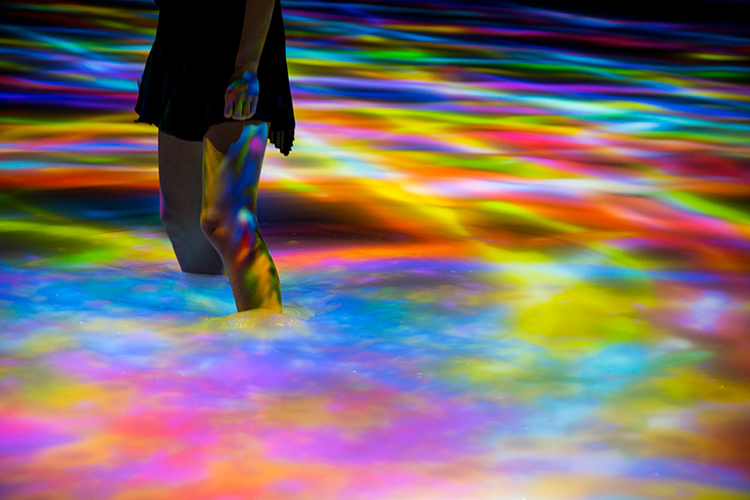 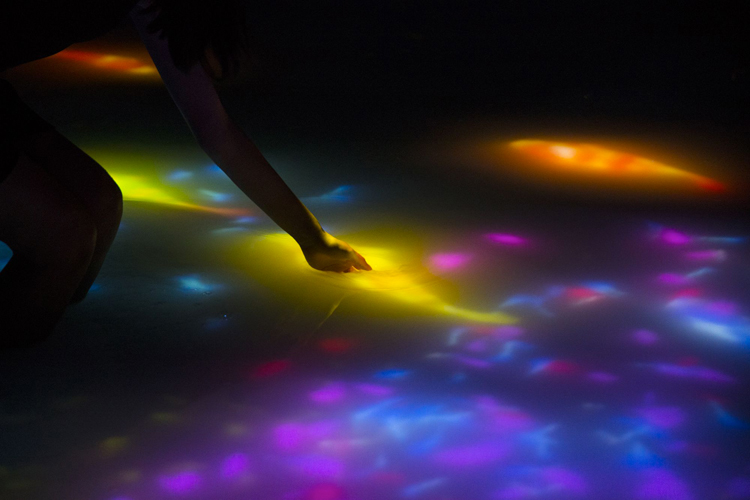 For ‘Floating in the Falling Universe of Flowers’ a seasonal year of flowers bloom in this ever changing universe of flowers that spreads out into infinity in the dome art installation space. Viewers can use their smartphones to select butterflies and release them into the flower universe.

Neither a pre-recorded animation nor on loop, the work is rendered in real time by a computer program. The interaction between the viewer and the installation causes continuous change in the artwork. Flowers are born, they grow, bud, bloom, and in time, the petals fall, and the flowers wither and die. The cycle of birth and death continues for perpetuity. Previous visual states can never be replicated, and will never reoccur.

“DMM.Planets Art” is open to the public through August 31 at Odaiba Yume-Tairiku 2016, Japan. 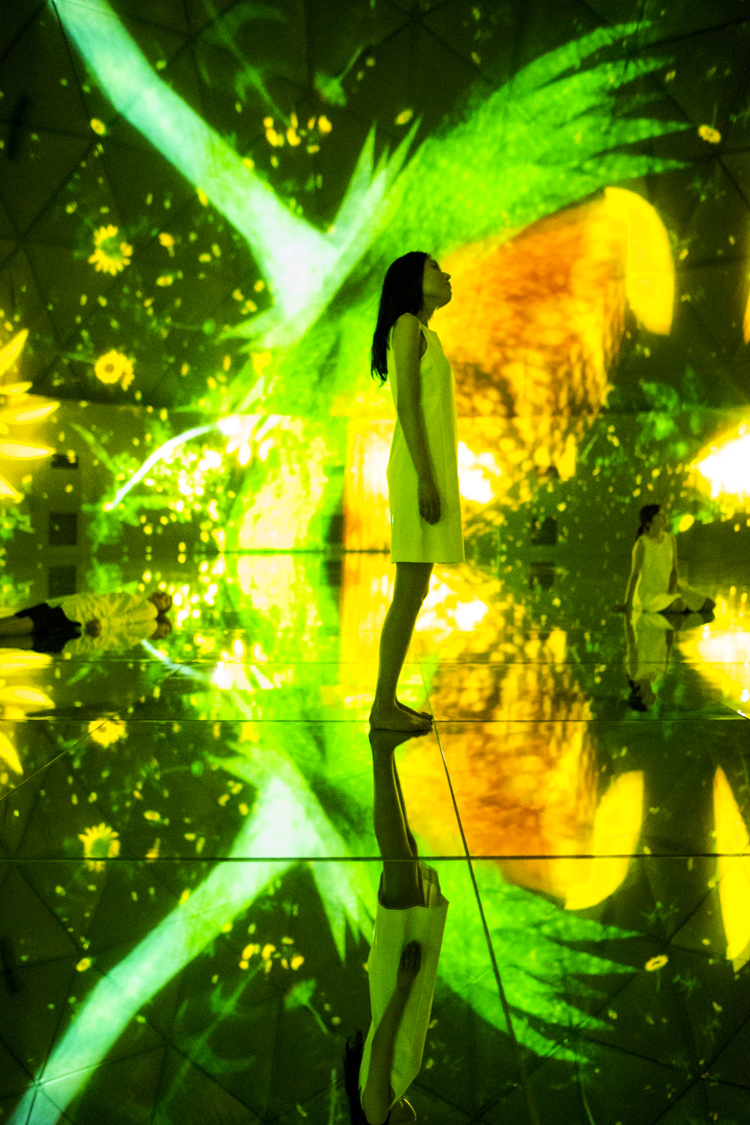 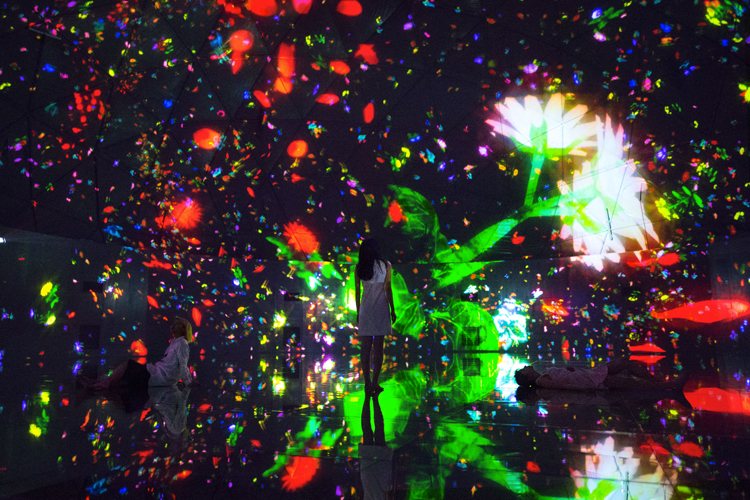 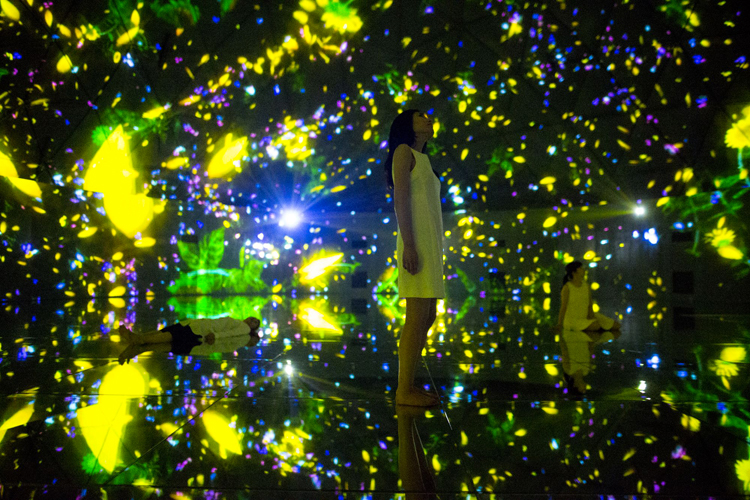 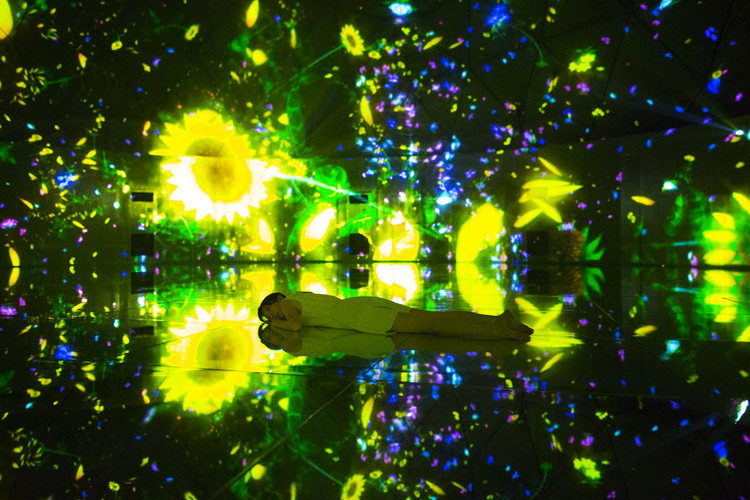 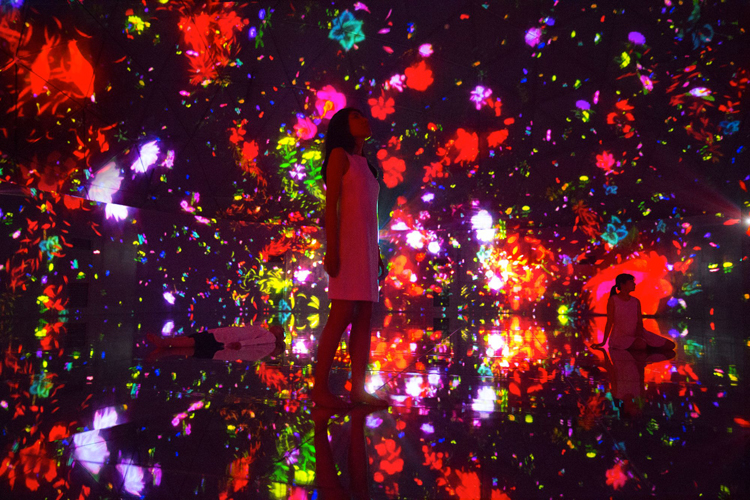 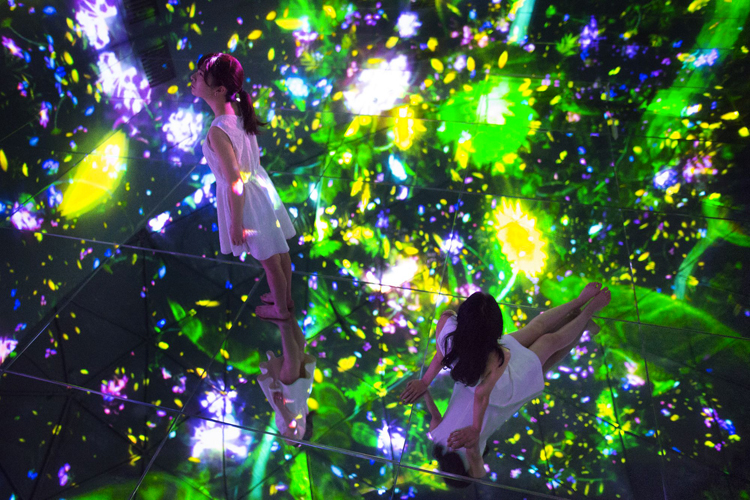 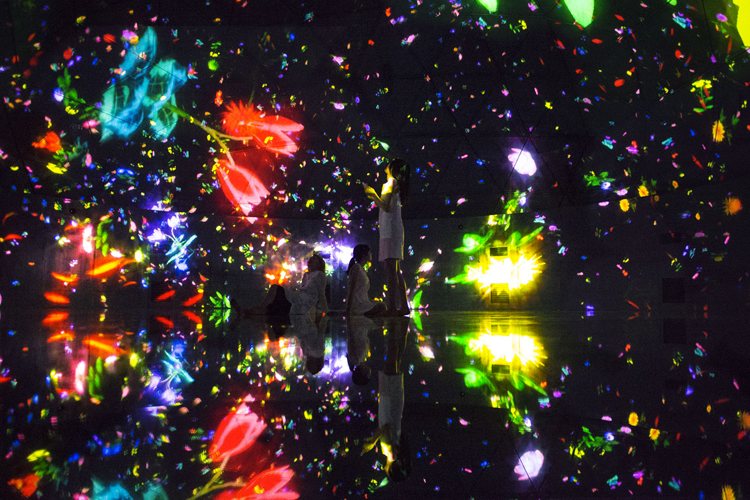 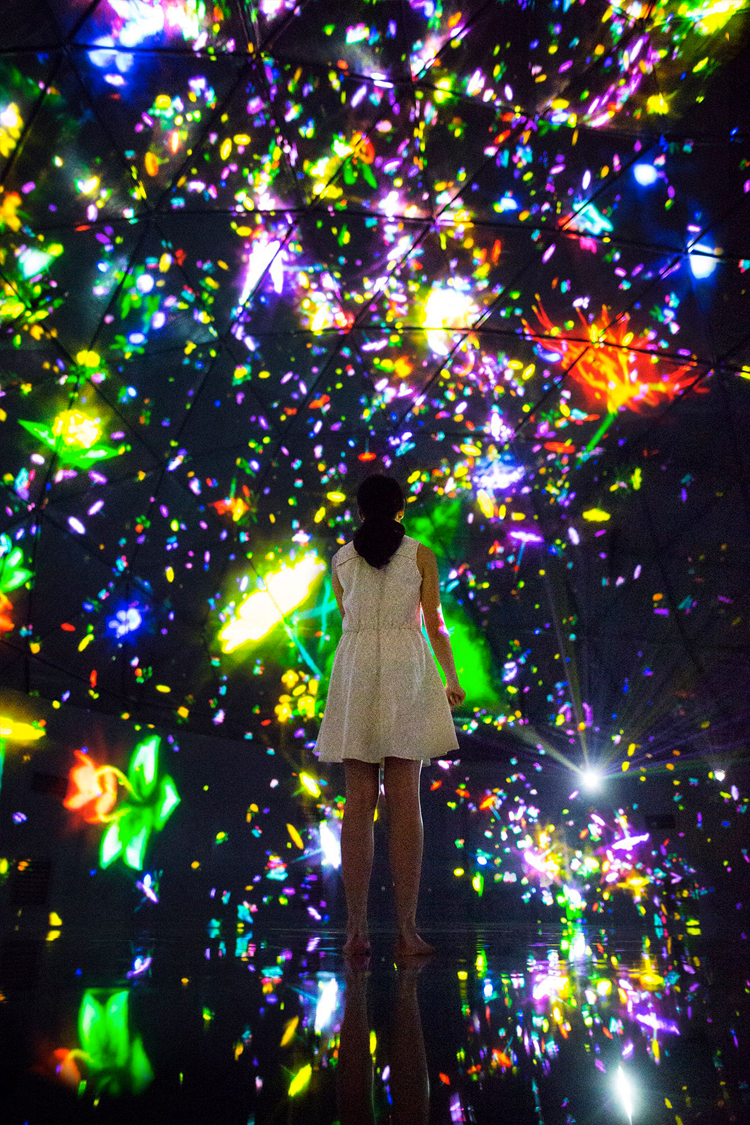 all images courtesy of TeamLab