Artist Shirazeh Houshiary has suspended a Christmas tree upside down from the ceiling of London’s Tate Britain. The work, which focuses on the tree’s natural qualities such as texture, colour, smell and shape, hangs upside down from the glass ceiling in the Millbank entrance, its roots exposed and covered in gold leaf, drawing light and attention to what is usually underground.

In 1993 Houshiary described her tree for Tate Britain as “taking earth back to heaven“. She says now, “I would like us to contemplate that the pine tree is one of the oldest species and recognise the roots are the source of its continued stability, nourishment and longevity. As the roots remain hidden, it is best to seek what is hidden rather than what is apparent. As a Buddhist monk wrote, ‘An old pine tree preaches wisdom’ “. 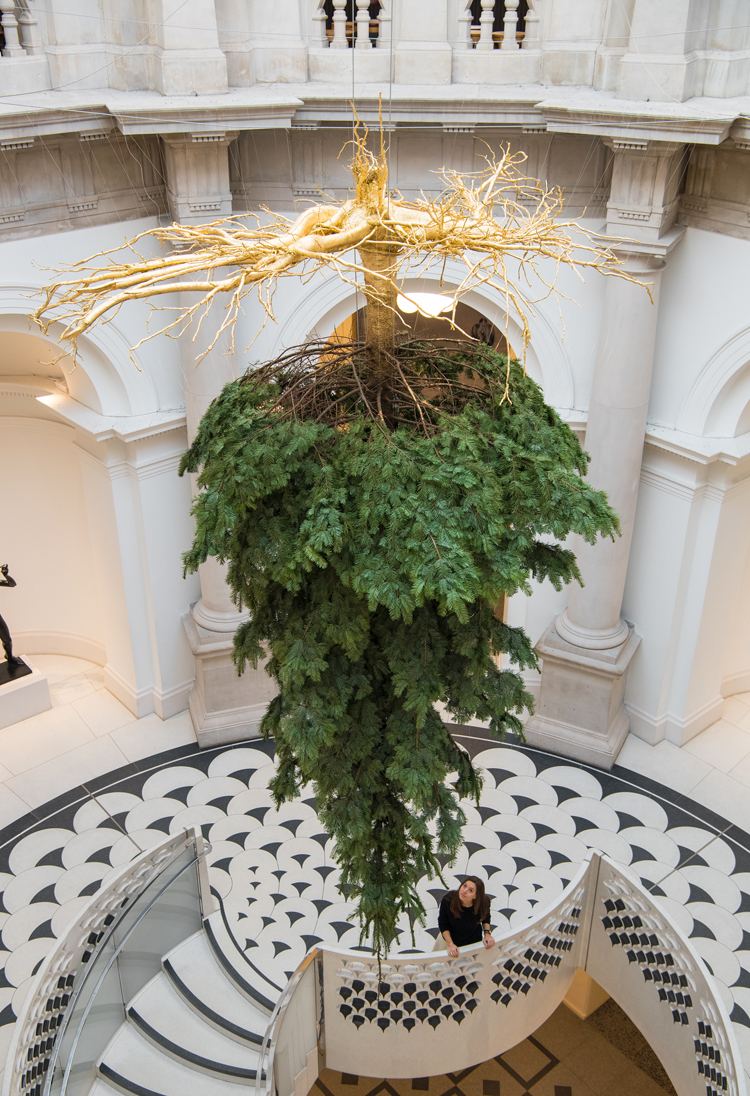 The 2016 tree is suspended down the centre of the staircase, toward the public spaces below. The tree’s placement in the new space will offer the viewer an altered perspective from three levels of the gallery; the tip of the tree from the lower floor, the floating body from the ground, and the glittering roots opening out in an abstract star formation when viewed from the upper floor.

Alex Farquharson, Director Tate Britain said, “We are delighted to show Shirazeh Houshiary’s Christmas tree this year, alongside fellow prominent international UK-based artists in the Duveen Galleries. This unveiling marks a pivotal moment for the festive season at Tate Britain by looking to the past in order to look to the future. This tree fits the new space perfectly, allowing a different generation to experience the majesty of Houshiary’s work in the striking setting of the new entrance and staircase, and signals the beginning of an exciting era of annual Christmas artist commissions at Tate Britain.” 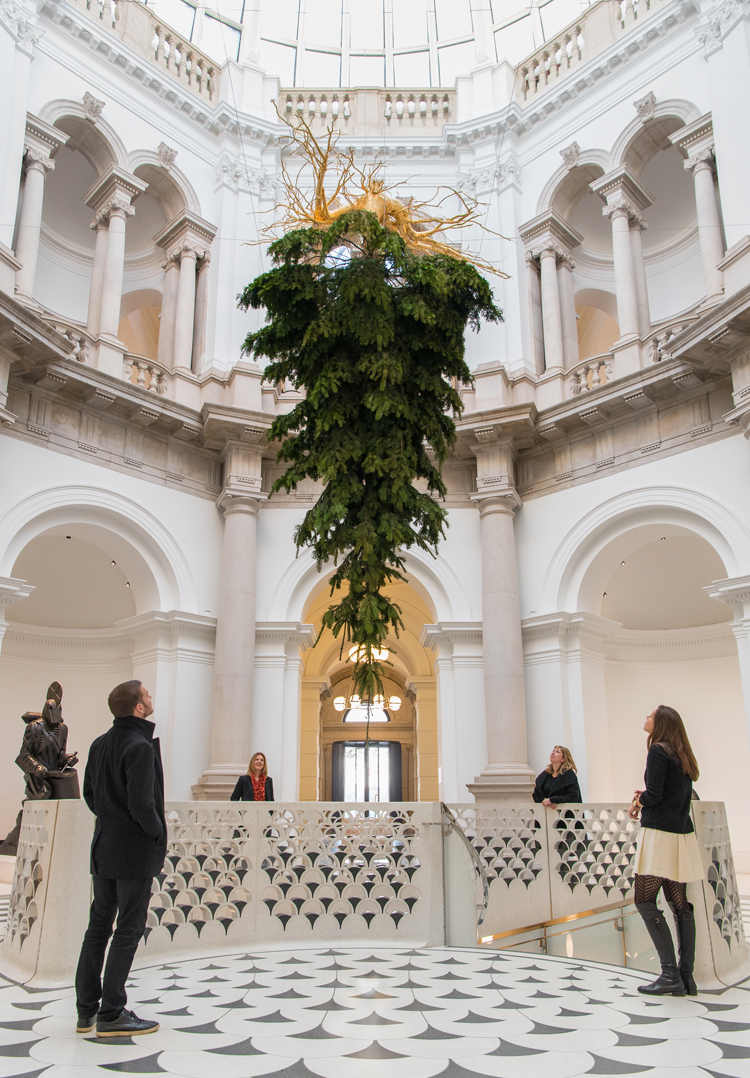