By exploring the role of digital technology in transcending the physical and conceptual boundaries that exist between different artworks, Transcending Boundaries at Pace Gallery in London is an exhibition of eight works, six of which have never been seen before, by Japanese art collective teamLab featuring three rooms of immersive installations, on view until 11 March 2017. 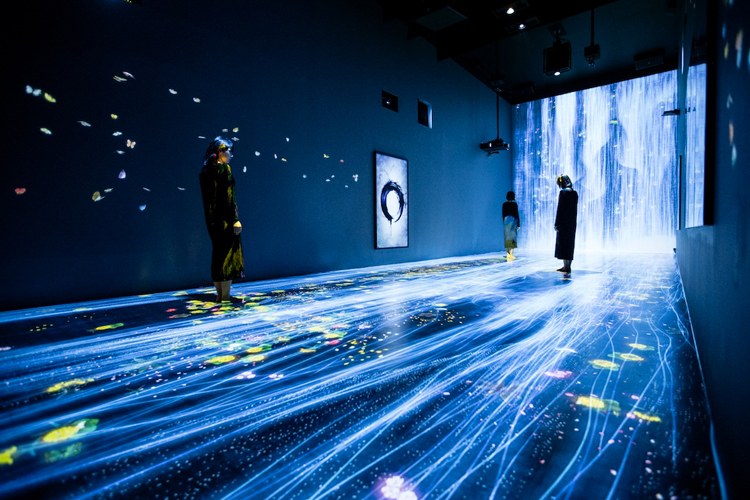 The installations also dissolve distinctions between artwork and exhibition space, and involve the viewer through interactivity. Debuting six new works, “teamLab: Transcending Boundaries” reveals teamLab’s commitment to the advancement of digital art, as well as its unique ability to nurture creativity and curiosity through technology. 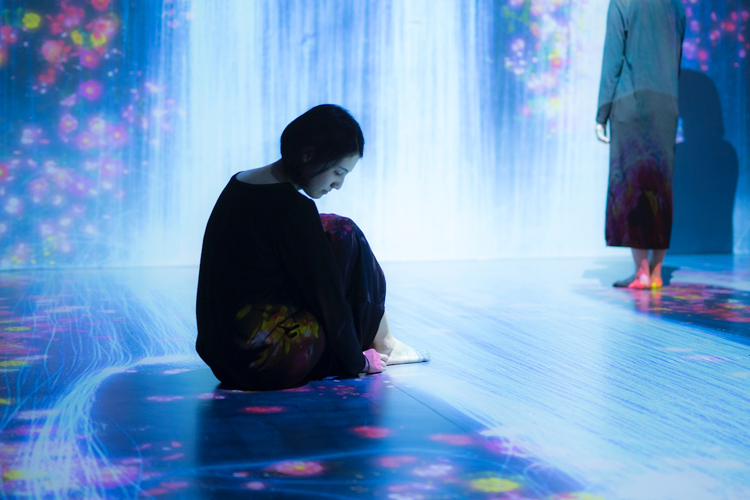 The largest room in the exhibition will include six works and feature Universe of Water Particles, Transcending Boundaries (2017), a virtual waterfall that extends beyond the gallery wall onto the floor, flowing through the exhibition space and around the feet of the viewer. It engages with the concept of Ultra Subjective Space, central to teamLab’s practice, referencing the non-perspectival depiction of space in pre-modern Japanese art and situating the viewer directly within the realm of the artwork. 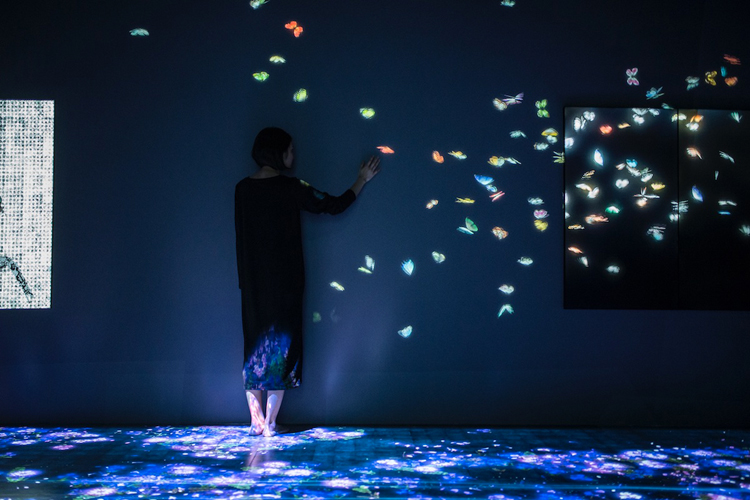 In the second room, Dark Waves (2016) is a simulation of the movement of waves based on the behaviour of hundreds of thousands of water particles. The waves are created in a three-dimensional virtual space, expressing water as a living entity that immerses the viewer and suggests an intrinsic connection with nature. Encompassing the final room, the darkened space is transformed by the presence of the viewer, which activates Flowers Bloom on People (2017). With the body as a canvas for the projections, flowers are in a process of continuous change-growing, decaying and scattering in direct response to the viewer’s movements. 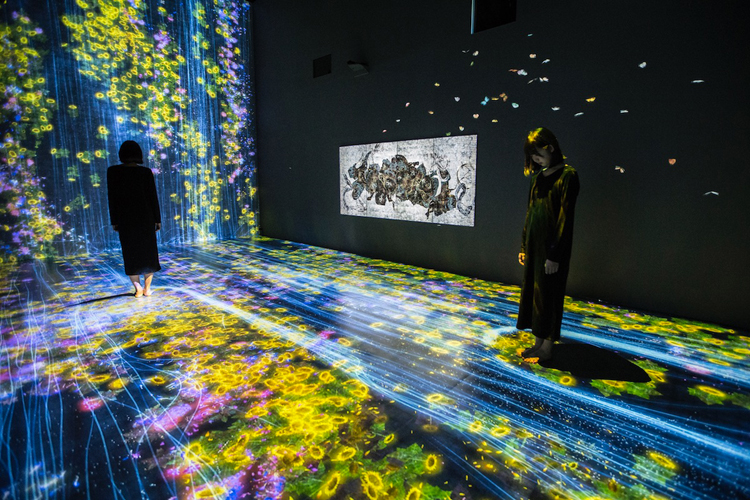 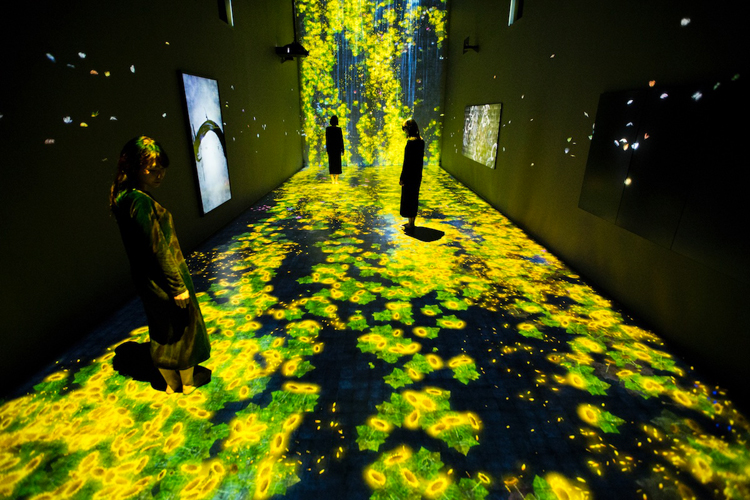 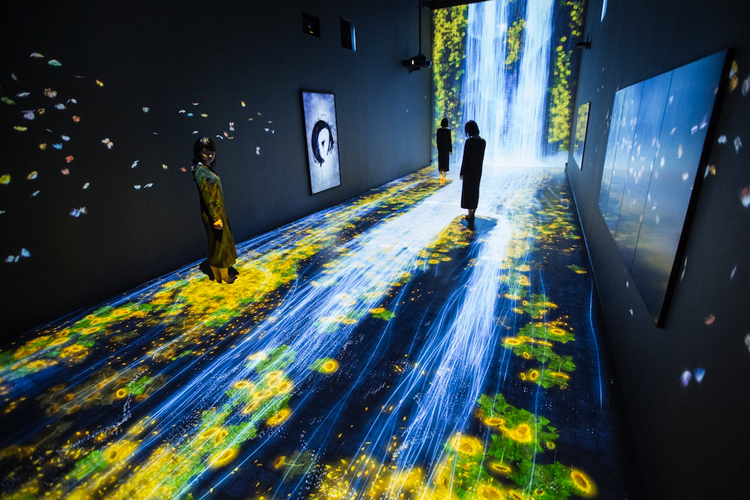 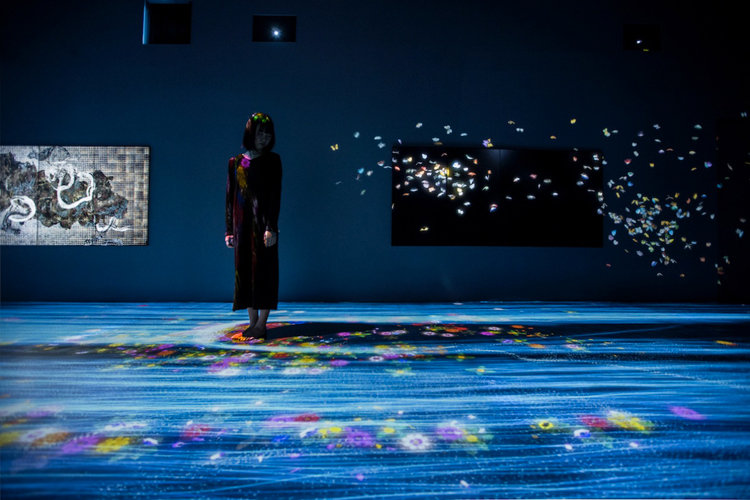 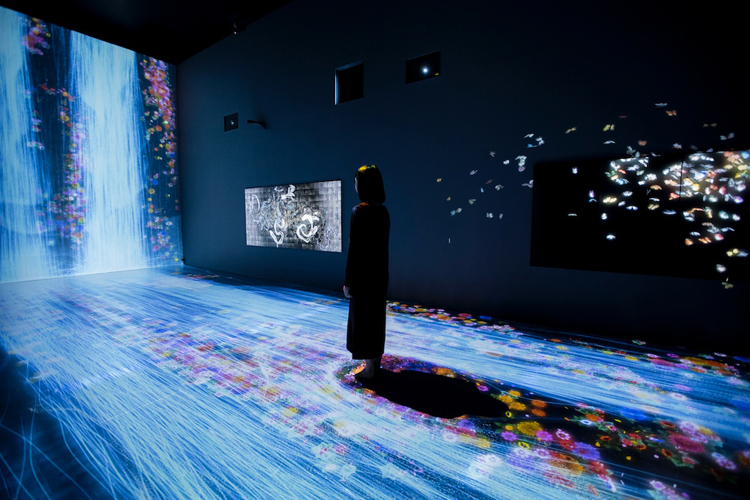 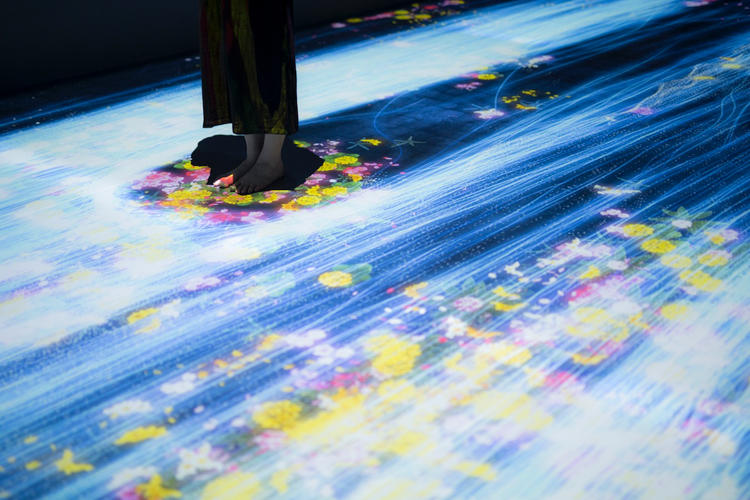 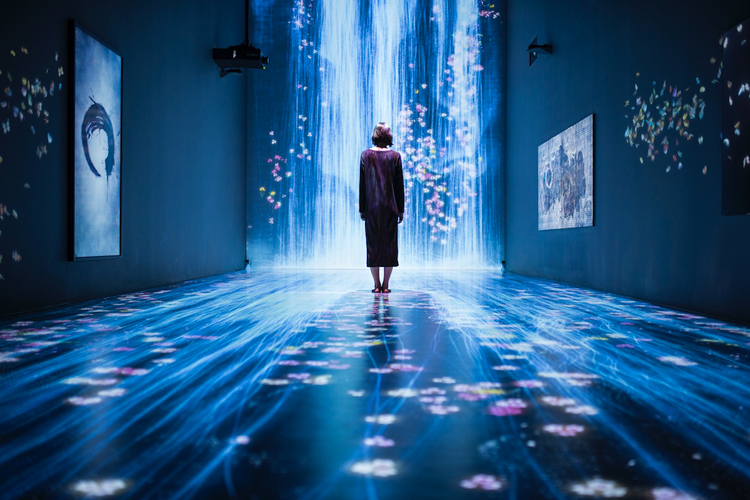 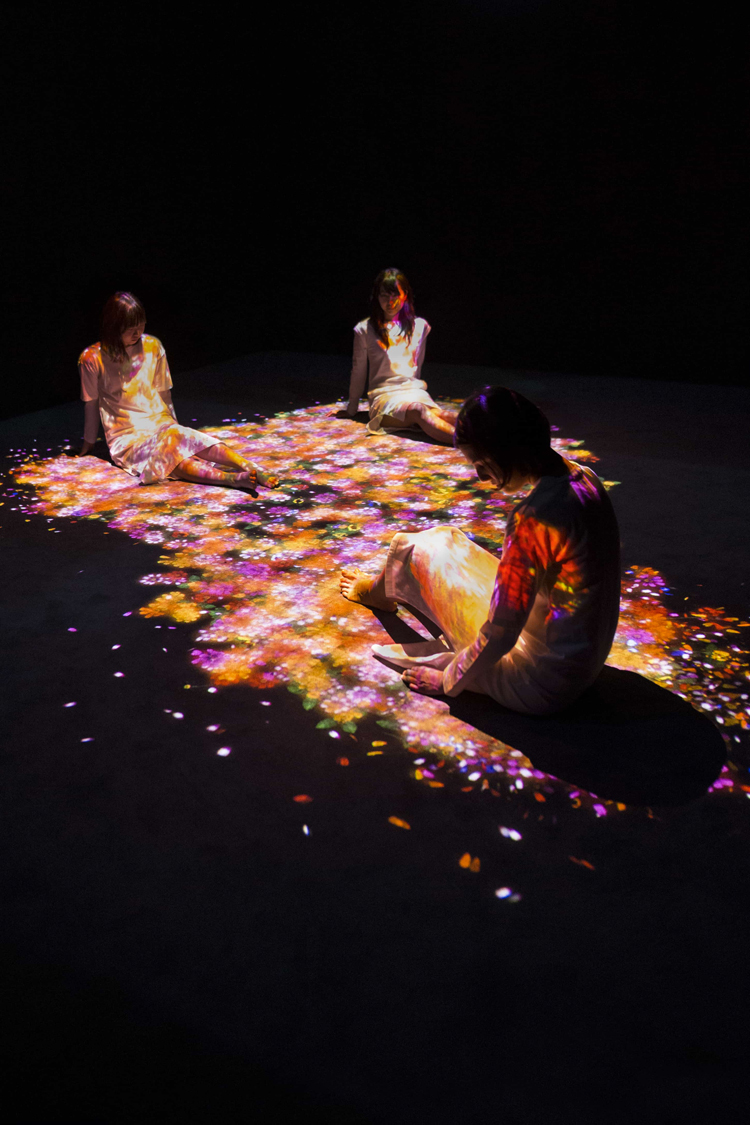 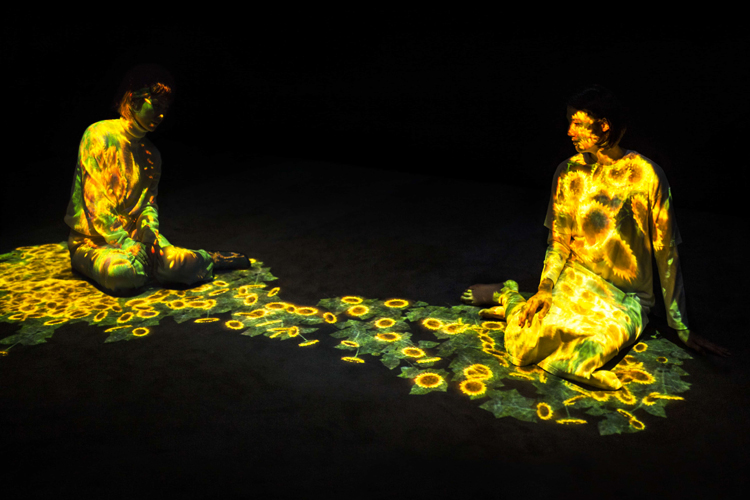 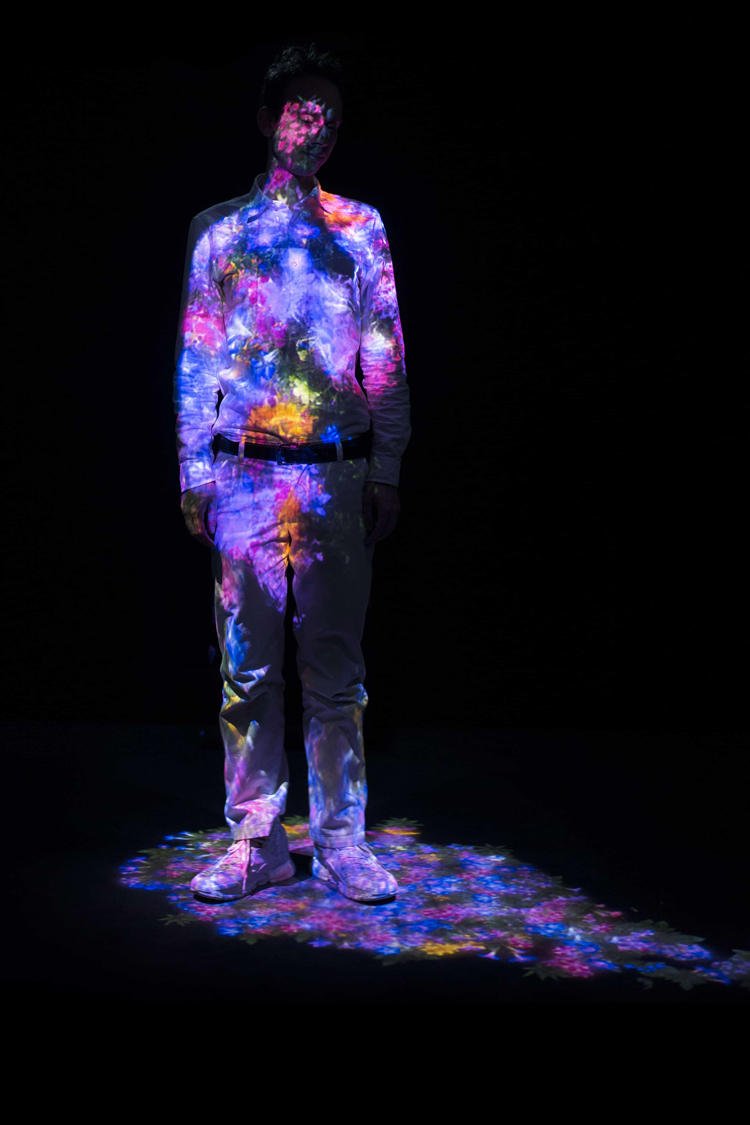 all images and video courtesy of teamLab