Korean artist Do Ho Suh explores ideas about identity and migration with this colourful installation at London’s Victoria Miro Gallery. Inspired by his peripatetic life, the artist has long thought on the idea of home as both a physical structure and a lived experience, the boundaries of identity and the connection between the individual and the group across global cultures. Meticulously replicating the architecture of the places in which he has lived and worked, such as his childhood home and Western apartments and studios, Suh’s one-to-one scale translucent fabric structures give form to ideas about migration, transience and shifting identities. 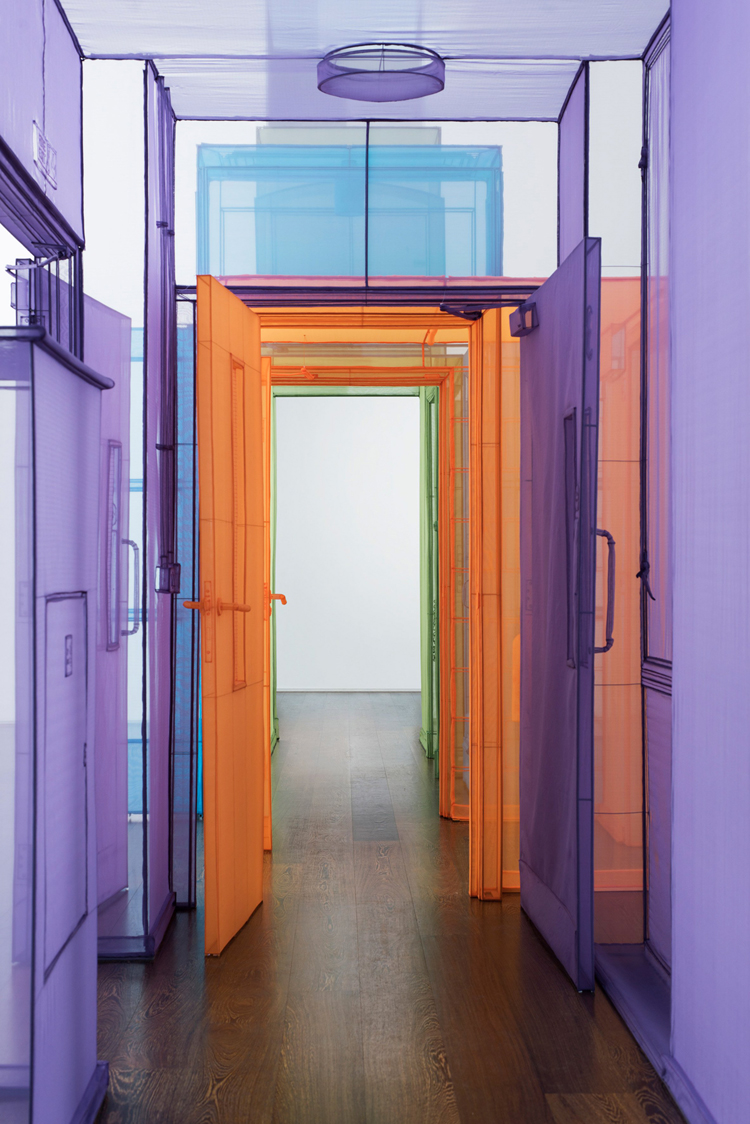 These ideas are further conveyed in his Hub works, where transitory, connecting spaces between rooms, such as vestibules and corridors, speak metaphorically about movement between cultures and the blurring of public and private, as well as reflecting on the passage of the artist’s own life, and the experience of a person who has developed roots in multiple countries.

“I see life as a passageway, with no fixed beginning or destination,” says Suh. “We tend to focus on the destination all the time and forget about the in-between spaces. But without these mundane spaces that nobody really pays attention to, these grey areas, one cannot get from point a to point b.” 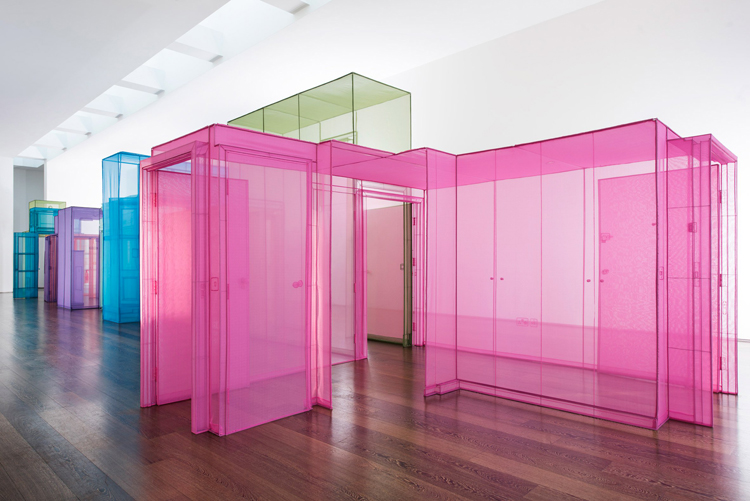 The artist’s move to London provides a thematic and emotional touchstone for this exhibition, his first at Victoria Miro. Hub, London Apartment, 2015, a partial representation of Suh’s London home, is joined by other Hubs, including structures derived from his childhood home in South Korea, his home while an undergraduate student in Providence, Rhode Island, and homes and studios in Berlin and New York, to create a walk-through configuration of nine structures occupying the 25-metre-long Gallery II, Wharf Road. This is the most extensive presentation of Suh’s Hubs to date. 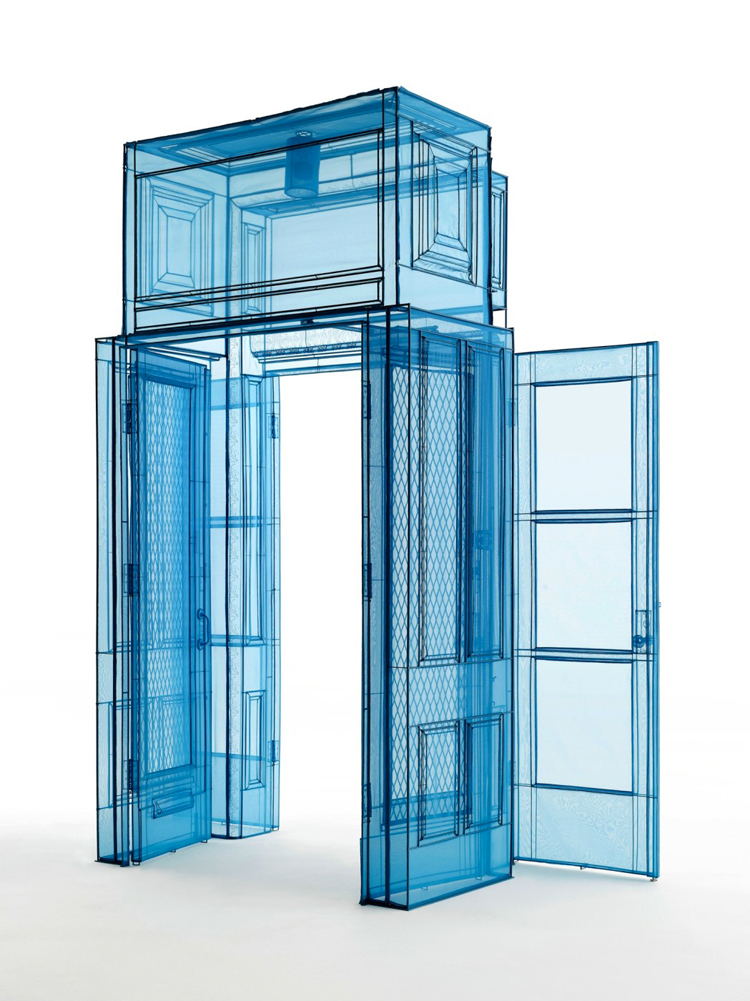 Created from stitched planes of translucent, jewel-like coloured polyester fabric – including jade green, a colour Suh uses to depict his Korean home – thesedelicately precise, weightless impressions seem to exist between imagination and reality, past and present. To move through them is to experience a distinct emotional register, a sense of being in flux, crossing boundaries and moving between psychological states. For Suh, the experience also represents a meeting of the rational and the impossible that underpins his practice.

“Practically it’s impossible to have all these spaces from different cities in one place,” he explains. “So the work is related to my long-held desire to blur the boundaries of geographical distance.” 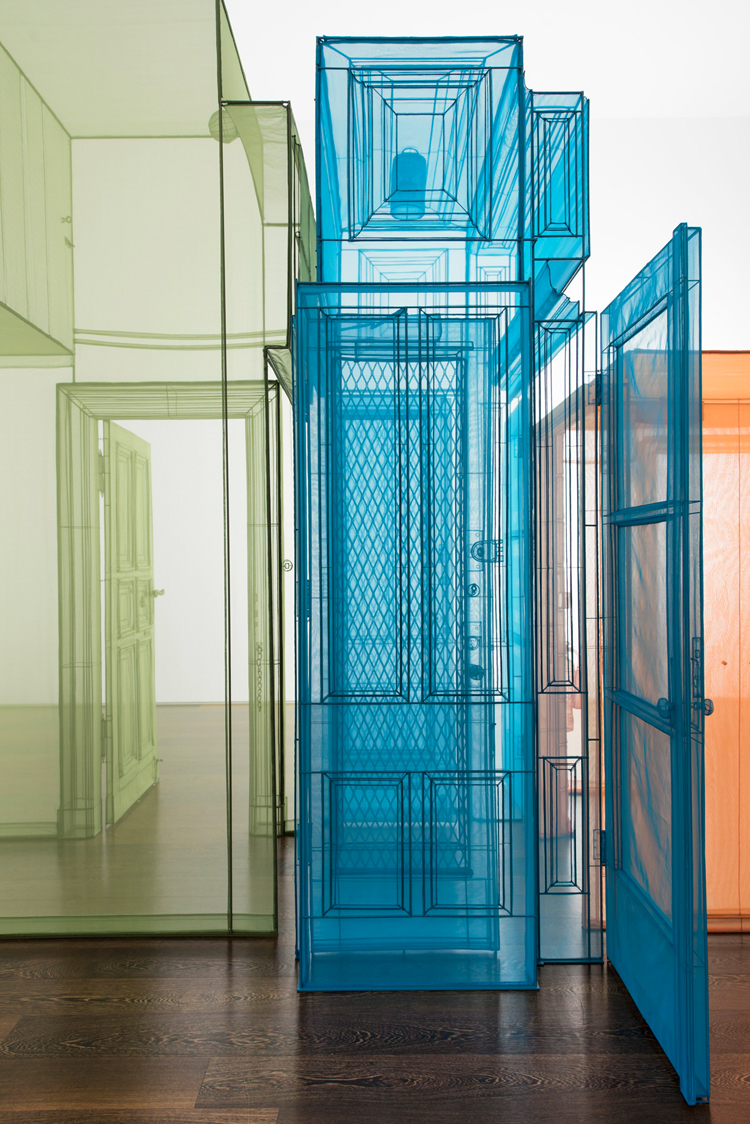 The theme is explored further in animations, also on display in Gallery II, in which photographic images of interior spaces from various locations are digitally ‘stitched’ together. Akin to the experience of walking through Suh’s fabric structures, Passage/s, 2015, depicts a journey through an apparently endless corridor; while in My Home/s, 2016, a camera pans vertically and horizontally through individual rooms as if they were located in a single apartment block. 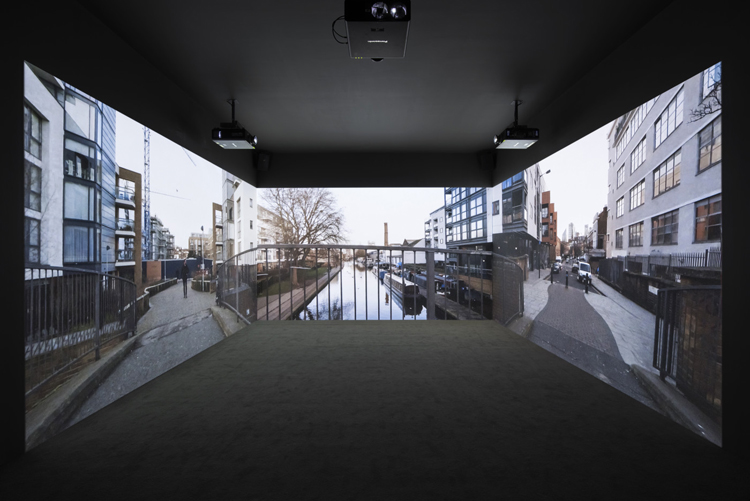 The idea of transient experience as both a sustained emotional state and an act of self-discovery is a theme shared by the enveloping three-channel video Passage/s: The Pram Project, 2015, on display in Gallery I, in which the artist, accompanied by his daughters, explores streets in South Korea and around his home in London. Suh’s move to London approximately five years ago coincided with the arrival of his first daughter. Attaching three GoPro video cameras to a pushchair, in the film he captures a newly discovered locale from three different viewpoints while ambient sound from the street and conversations between father and daughters, in English and Korean, signal the crossing of cultural and geographical boundaries. 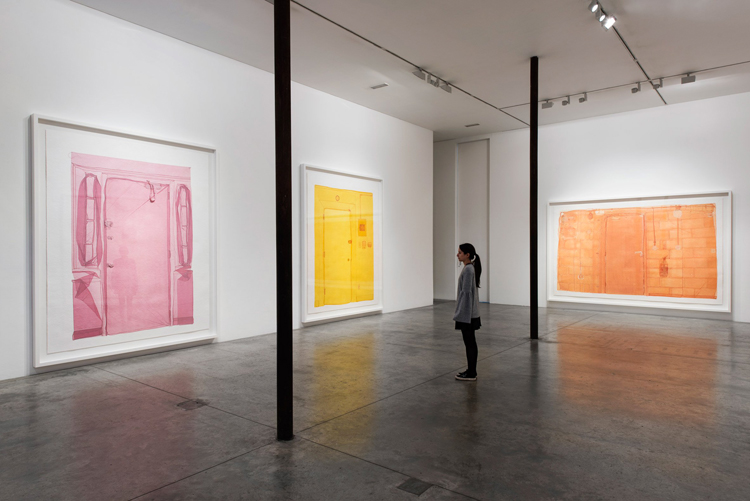 Suh’s work always stems from the measuring of space and the processes, rational yet sensual, that enable him to determine and connect with his surroundings. Recently, Suh has completed a major work, the Rubbing/Loving Project, made over the past three years in the New York apartment he first moved into in 1997, shortly after he graduated from Yale University. Created by lining every surface of the interior with paper and taking a rubbing by caressing the surface with coloured pencils and pastels – “a gesture of loving” according to the artist – the work speaks to memories associated with place as well as to the warm relationship between the artist and his former landlord, Arthur, who passed away last year.

Suh’s permanent departure from his New York residence after twenty years has also inspired a new set of lightbox works on display in Gallery I. Constructed from white fabric, the Exit Series, 2016 – smaller household fixtures and fittings such as lightbulbs, doorknobs and entry buzzers bearing the names of the artist and his landlord –appear ghostly, like the sloughed skin of a reptile, seeming almost to disappear from view. For Suh, the corporeal reference is key: “my work always deals with the body, with skin.” 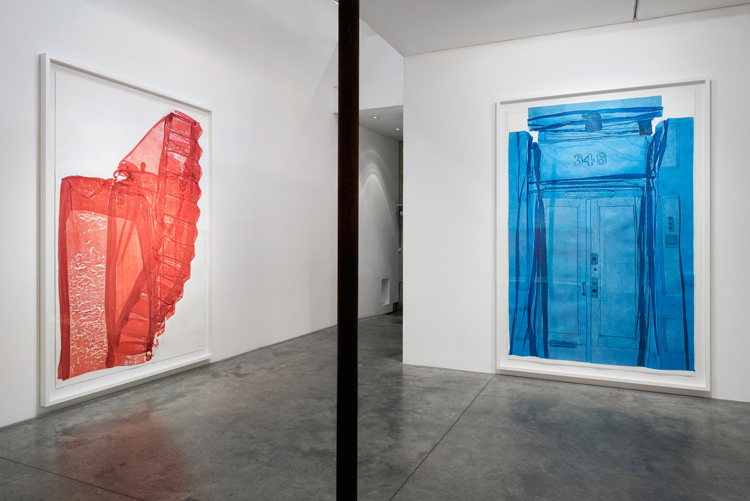 The exhibition also introduces a new process, developed during a residency at STPI – Creative Workshop & Gallery, Singapore, in which Suh’s signature architectural pieces are compressed into large-scale two-dimensional ‘drawings’. Using gelatin tissue, the works are sewn in the same way as Suh’s architectural fabric pieces. Once immersed in water, however, the gelatin dissolves, fusing with the paper to leave an image in which the threads appear like a skeletal framework against the coloured form of the object. Residual yet highly visceral, works such as Staircase, Ground Floor, 348 West 22nd Street, New York, NY 10011, USA, 2016 draw parallels between architectural space, clothing and the body, making explicit Suh’s fascination with the interconnected spaces we inhabit while continuing his career-long investigation into the porous boundaries of identity.

Passage/s is on show at the Victoria Miro gallery in north London until 18 March 2017. 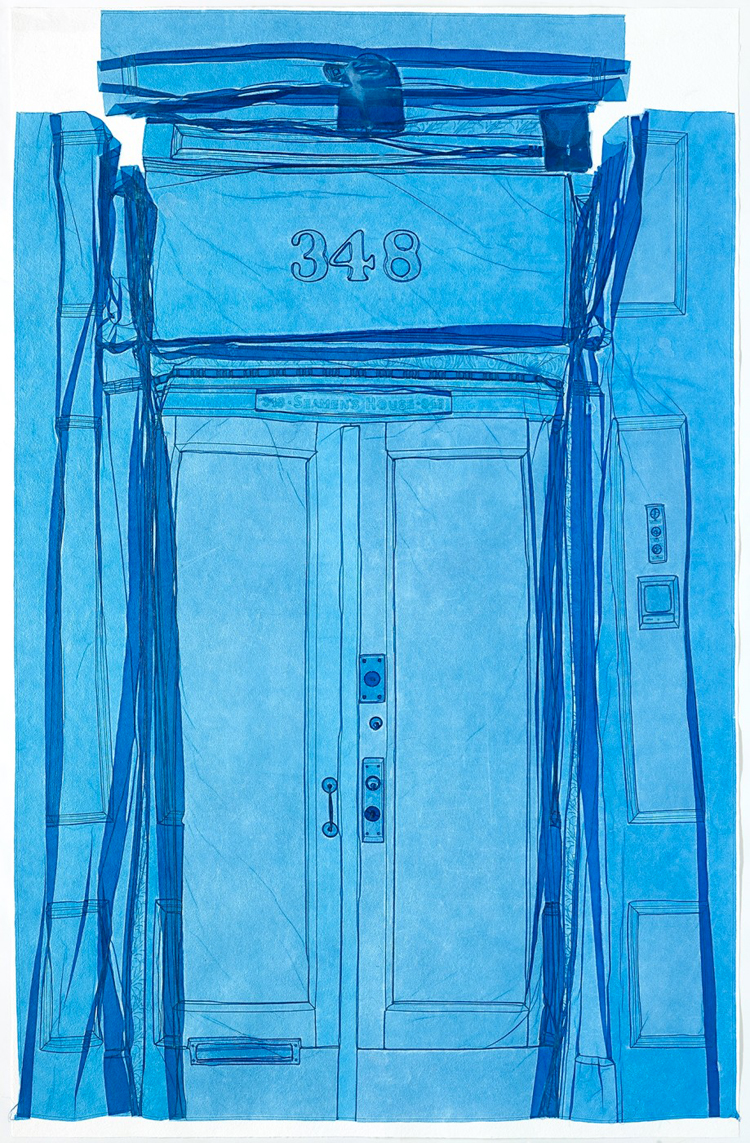