Initially reminiscent of the pediment of the New York Stock Exchange, Gold, in the spirit of pittura infamante (defaming portrait) turns the glory of capitalism on its apex, revealing its current precarious state. It speaks to the widening inequity within the Global Wealth Pyramid and the concentration of excessive wealth and corresponding power into the hands of a select few. 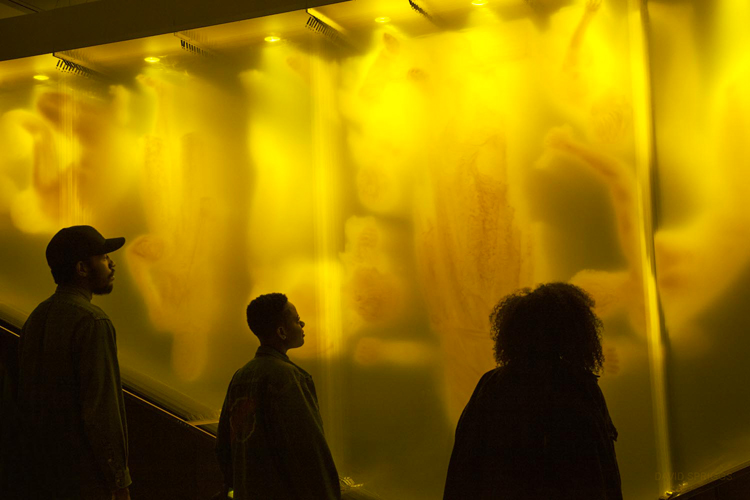 It is fitting that this provocative art work is on display in the central business district in downtown Pittsburgh, also known as the Golden Triangle. This historic location dates back to the gilded age. It is to that age the nation’s current political leadership seek’s to return, in their quest to remake the current America into some idolized great state. But is that even possible or is such a return an illusion? And if not an illusion, will the result be to repeat that period’s excesses and failures? 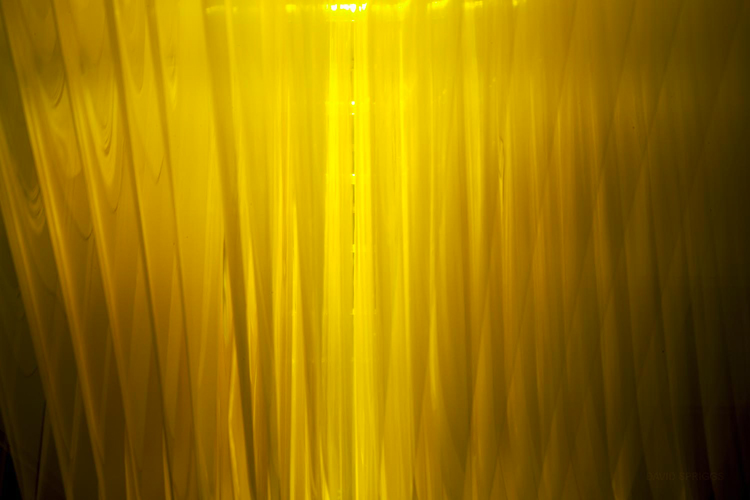 The viewer may be unsettled by the mirage-like-forms and suggestively paganic imagery. Is this intensely-saturated golden color representative of fools or of wealth? Yet we note that the figures of the artwork are not engaged in various forms of industry, in service to a central Goddess of Commerce, but rather are subservient, aloof or apart. Such is the relationship of many with today’s economy.

The installation will be on view until April 2, 2017, at Woodstreet Art Galleries Pittsburgh, USA. 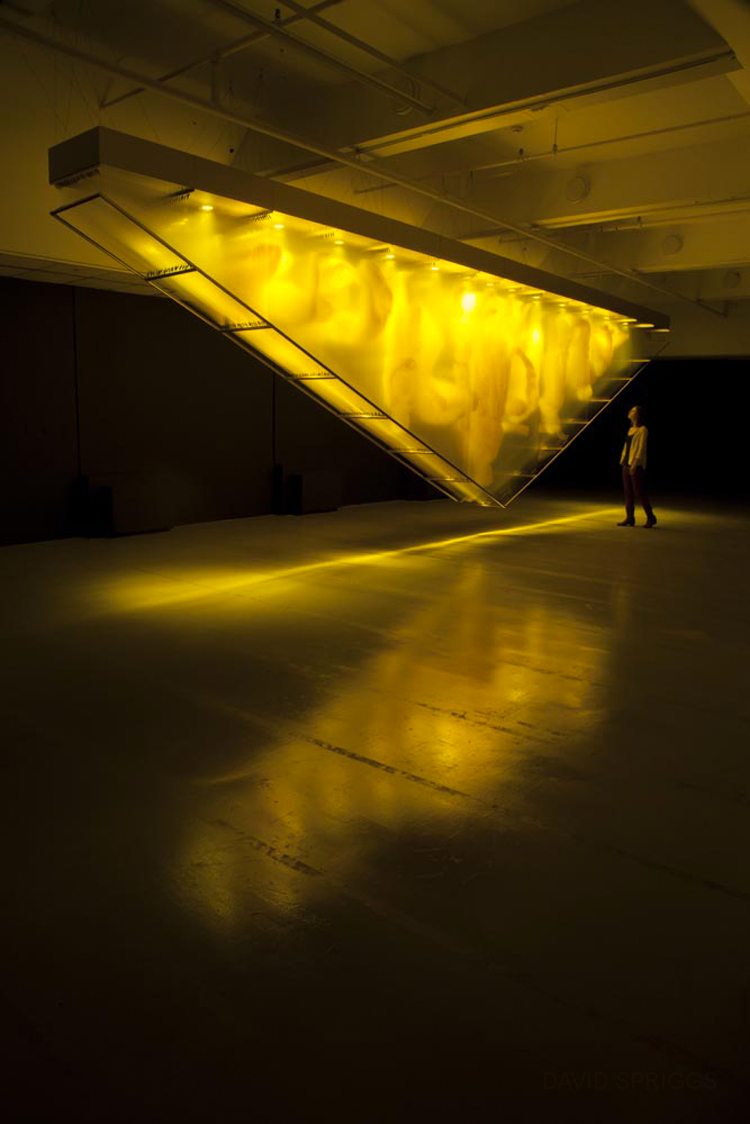 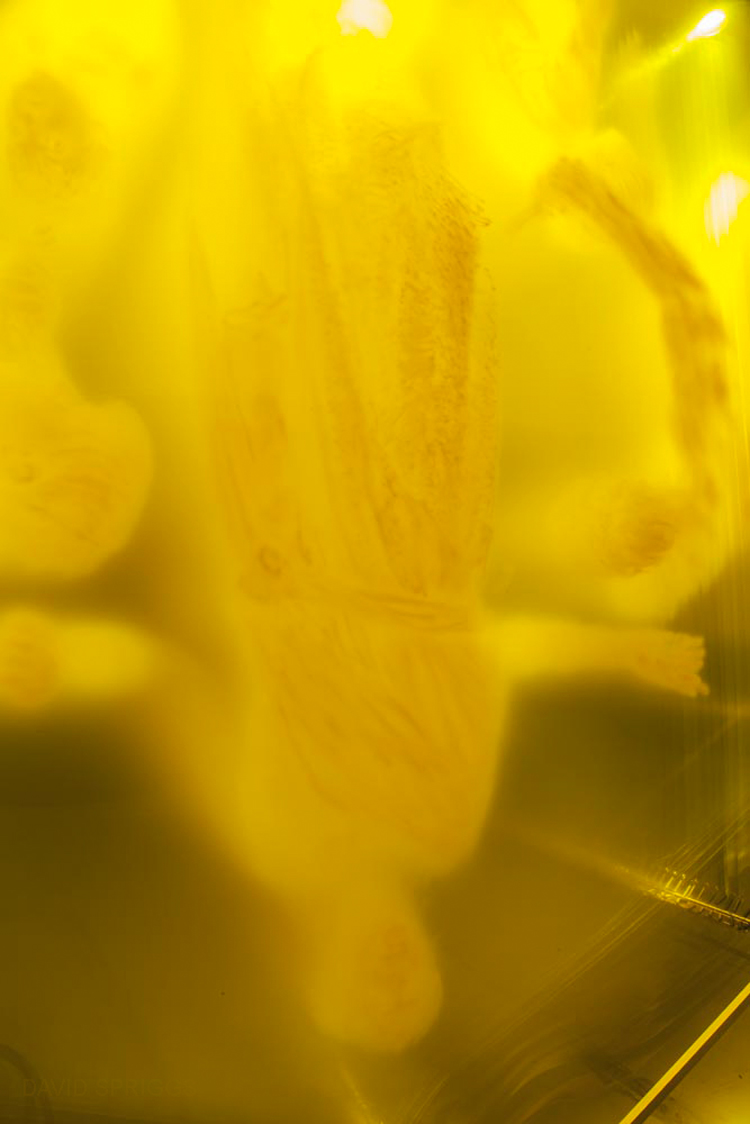 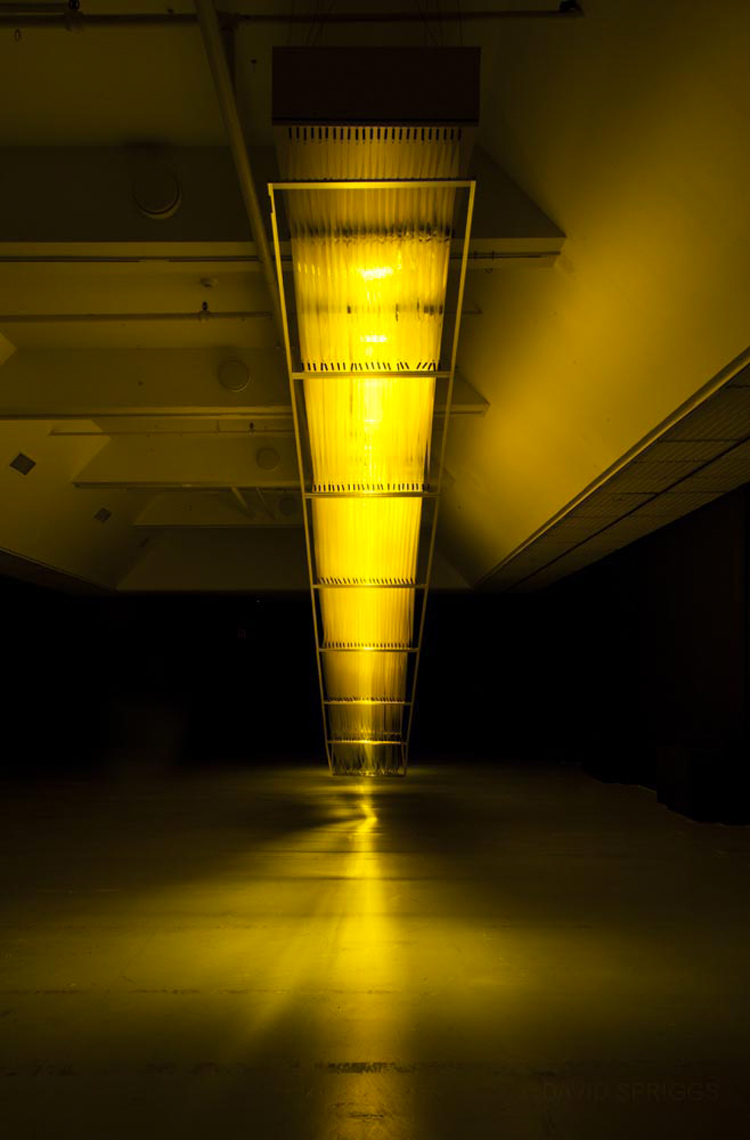 all images courtesy of David Spriggs