In Rome, the art is not only in the hundreds of the museums of the Italian capital, but also in the streets. In the last decade, Italian and international artists have covered the walls of the streets with stunning artworks, transforming what were once abandoned industrial sites or suburban neighborhoods into a vibrant open-air museum.

An art that is no longer restricted to the aseptic atmosphere of the art galleries, but is meant to be lived, to tell the past and present of these places.

Street art’s rebirth in Rome was begun by the popular neighborhoods such as Quadraro in the southeastern area of the city. Now, Rome has more than 300 street art works in 150 streets of the city. Here’s where to find the best murals in Rome for a perfect Insta Selfie. 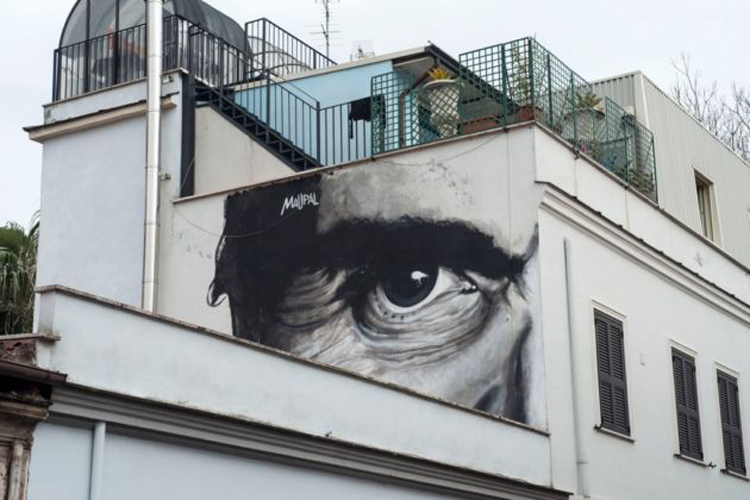 The most famous of the street art experiences that you can have in Rome is in Quadraro. This working class neighborhood gets all of its attention and visits thanks to MURO, the open air, free access Urban Art Museum of Rome. Here is Lucamaleonte’s Nido di Vespe, that takes into account the German blitz that was conducted in April of 1944. 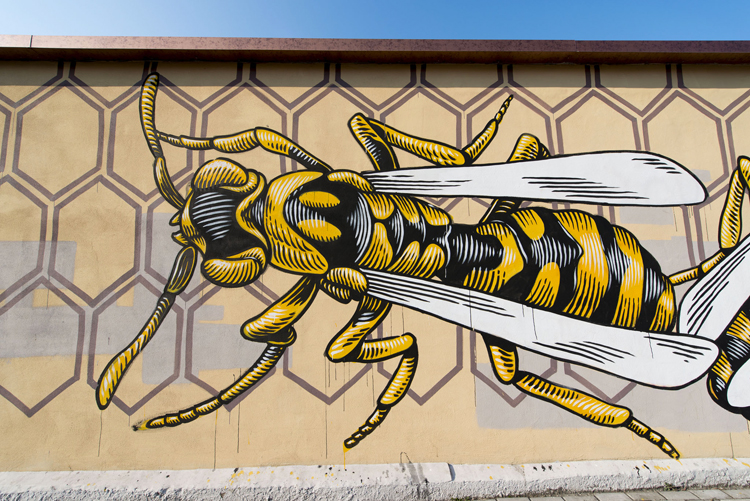 Street art has completely changed the image of Ostiense, an early 20th-century industrial zone of Rome recently fallen into a state of decay. Thanks to the Ostiense District project, several world famous artists have found breeding ground in the atmosphere of the post-industrial neighborhood for their imagination, creating the highest concentration of works of street art in Rome. 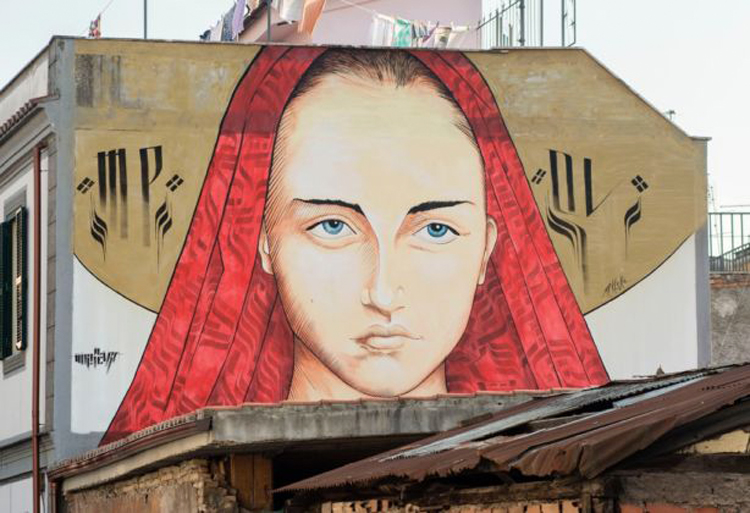 Here Italian artist Blu, famous for his anti-capitalist works, has used different paint such as flame paint to create a rainbow of multi-colored faces on the exterior walls of a former military warehouse, now illegally converted in a squat. 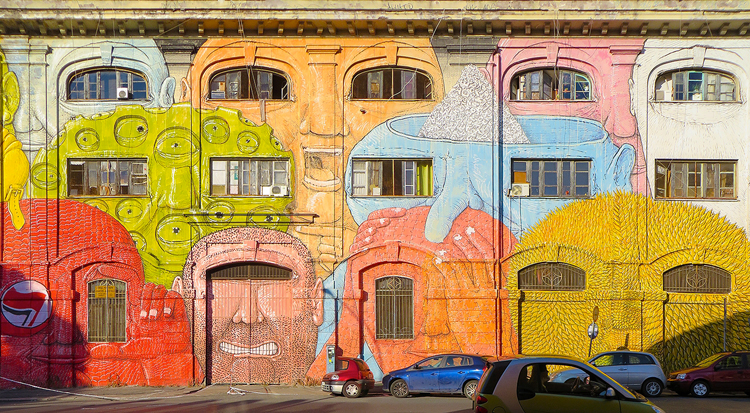 Not far away from Ostiense, the area around the Città dell’Altra Economia hosts few examples of street art inside the former slaughterhouse and in the nearest streets.

An example is the piece created by ROA on Galvani street in Testaccio neighborhood, on the side of a building. The mural, entitled ‘Jumping Wolf‘ is a tribute to the ancient symbol of Rome, the she-wolf who suckled the twin brothers Romulus and Remus.

So, if you are in need of a few new Instagram snapshots, take your phone and selfie-stick and head to Rome. 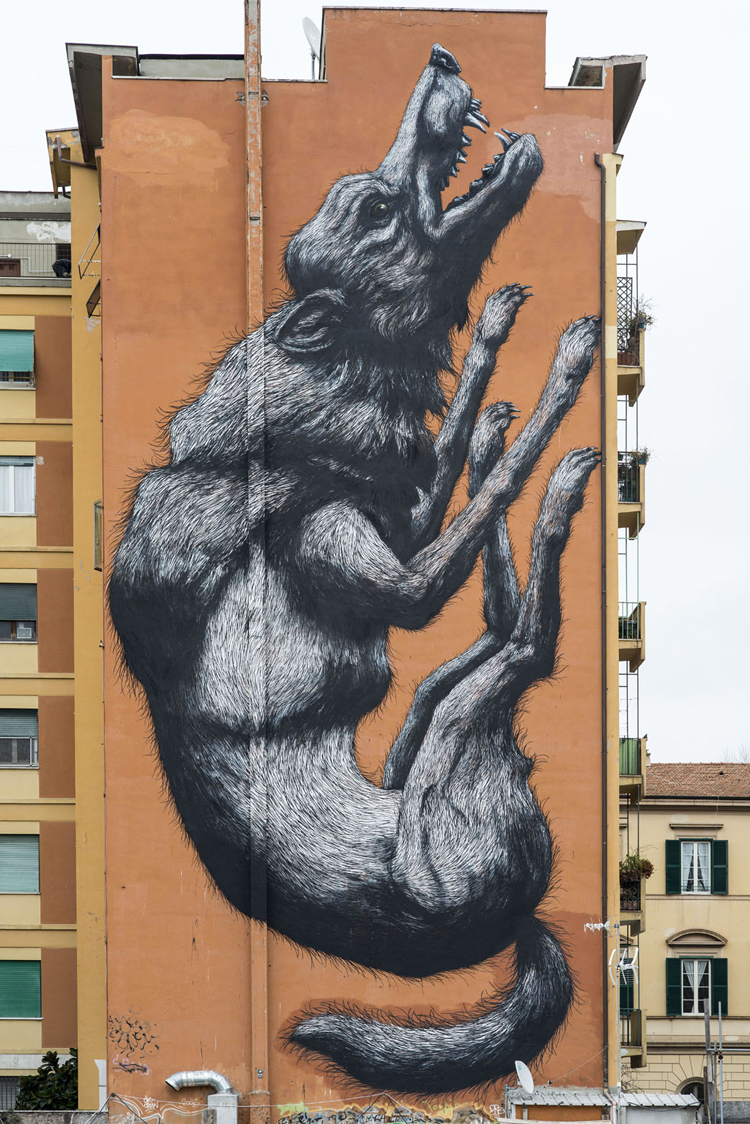