The Golden Tower by the late artist James Lee Byars has been erected in the Campo San Vio, Venice, on the edge of the Grand Canal.  Byars envisioned The Golden Tower as a colossal beacon and oracle that would bridge heaven and earth and unify humanity – a contemporary monument surpassing the grandeur of the Lighthouse of Alexandria.

The idea of The Golden Tower first began in 1974 and was developed with numerous conceptual studies throughout the artist’s career. The work was first exhibited in 1990 at the GegenwartEwigkeit exhibition at Martin-Gropius-Bau, Berlin and later in 2004 at the posthumous retrospective Life, Love and Death at the Schirn Kunsthalle, Frankfurt. 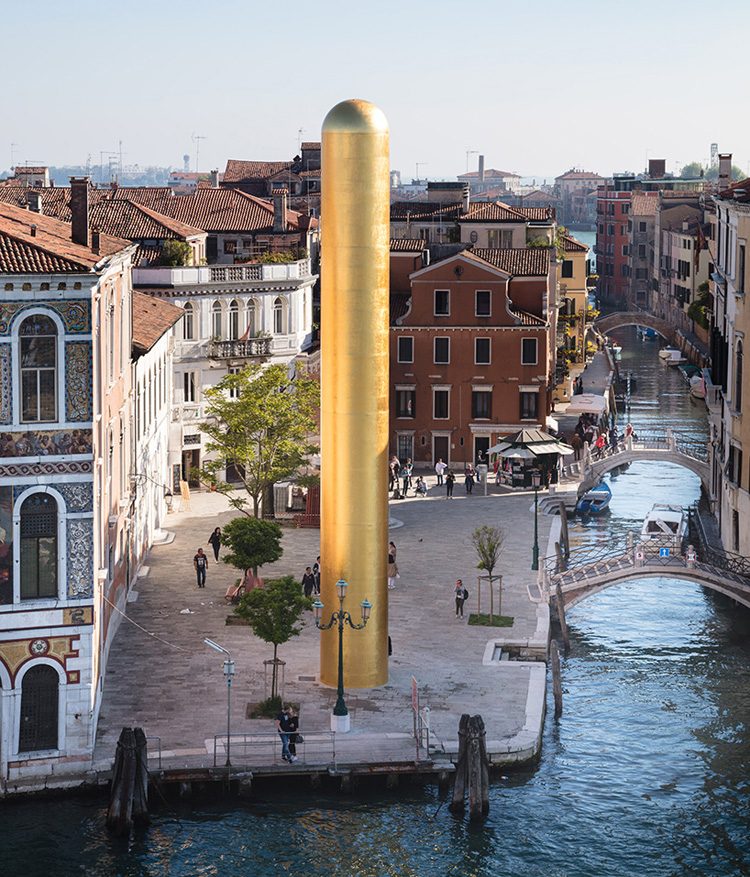 Located in the Dorsoduro, between the Accademia and the Peggy Guggenheim Collection, The Golden Tower will be visible throughout many areas of the city. The tower’s brilliant gilded surface echoes the golden mosaic façade of the adjacent Palazzo Barbarigo. Its placement in Campo San Vio will recall Canaletto’s famous view of the Grand Canal, painted from that same spot. 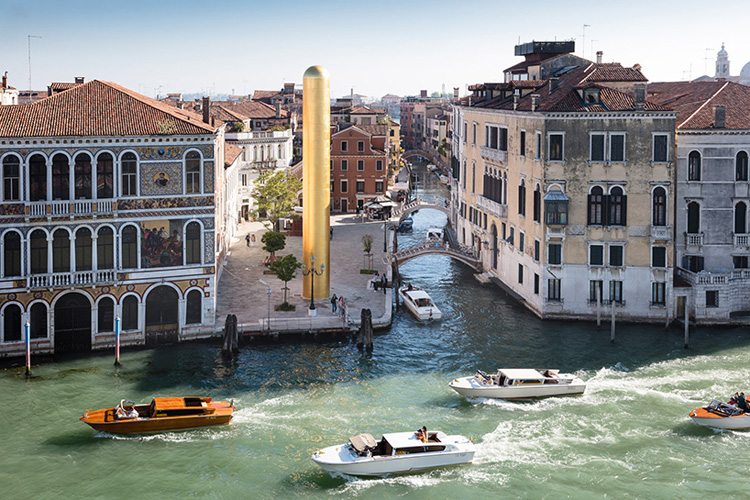 “The Tower gives shape to a symbol of ascension, taking metaphorical aim towards the sacred mountain – a gilded machine to honor the gods,” says curator Alberto Salvadori of the work. “The splendor of gold hints at the symbol of the sun but also becomes a symbol of inner illumination, of intellectual knowledge and spiritual experience. A concept of divinity. That’s the deeper motivation in James Lee Byars’s use of gold … it is the ultimate symbol of greatness and the infinite.” 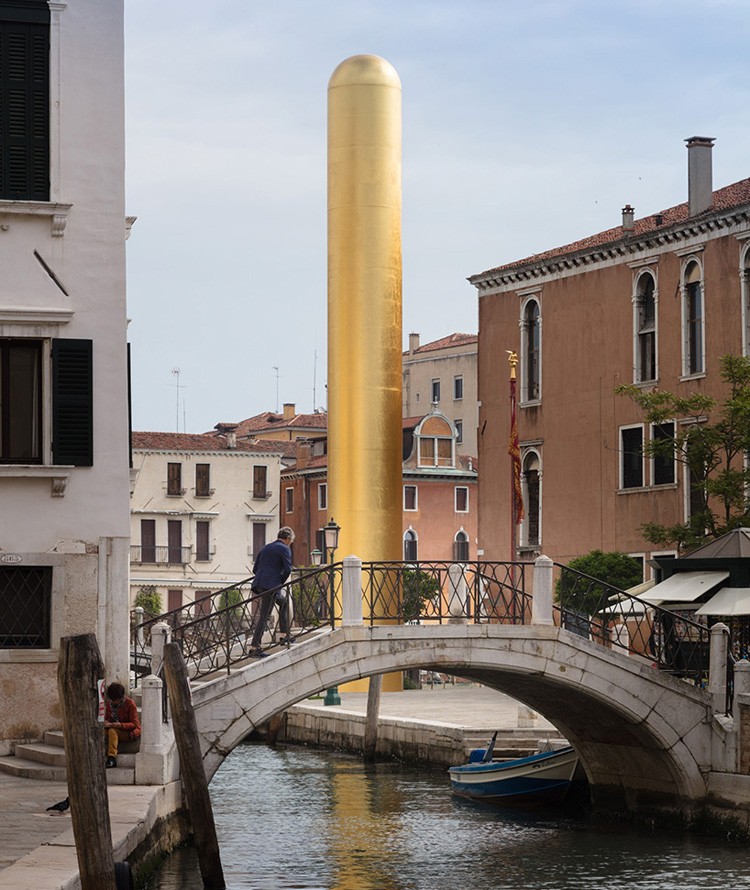 The presentation in Venice of The Golden Tower is doubly significant given Byars’s deep connections to the city. Byars lived off and on in Venice beginning in 1982. He worked closely with the master glass-blowers of Murano to realize his major 1989 sculpture, The Angel. Throughout his career Byars enacted numerous performances in Venice, including The Holy Ghost, Piazza San Marco, 1975; The New Pink Flag of Italy, also Piazza San Marco, 1980; and The Death of James Lee Byars, Punta della Dogana, 1993. Byars participated in four previous Venice Biennales, performing Be Quiet at the opening of the XXXIX Biennale and The Poet of the Gondola during the Biennale in 1986. Harald Szeemann included the sculpture The Spinning Oracle of Delphi in the 1999 Biennale and three major gilded marble sculptures were included in the Biennale in 2013. 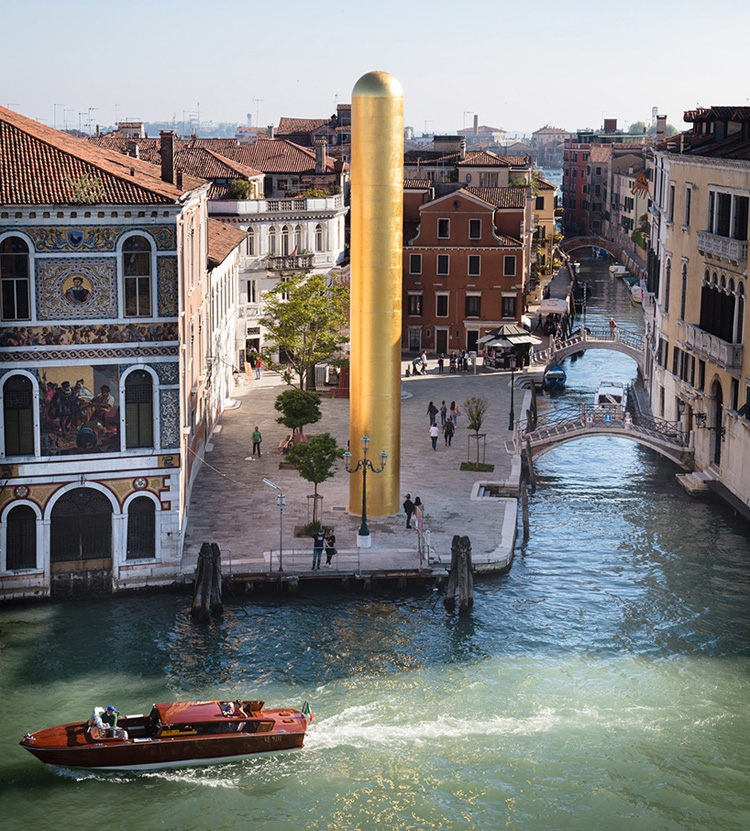 “James Lee conceived of ‘The Golden Tower’ as a monument to humanity,” says Wendy Dunaway, the artist’s widow. “Venice was both his home and a metaphor for East meeting West.  I can’t imagine a more fitting tribute in these times.”

Forming part of the Venice Art Biennale 2017 collateral events, The Golden Tower will be on view from 13 May – 26 November 2017. 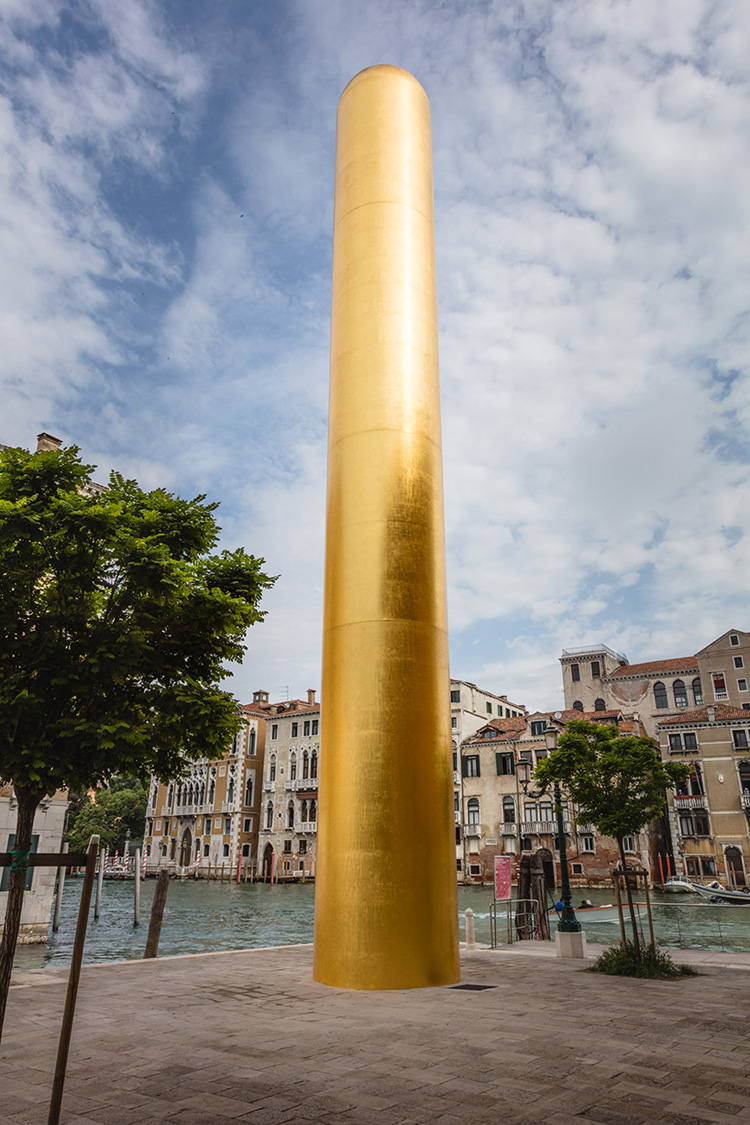 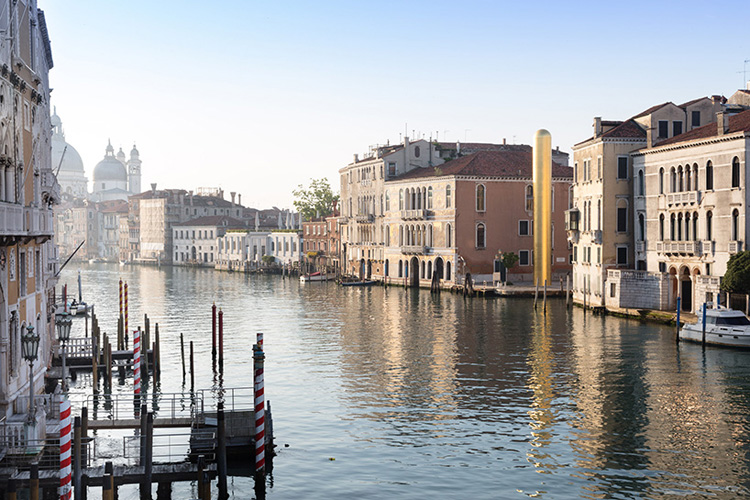 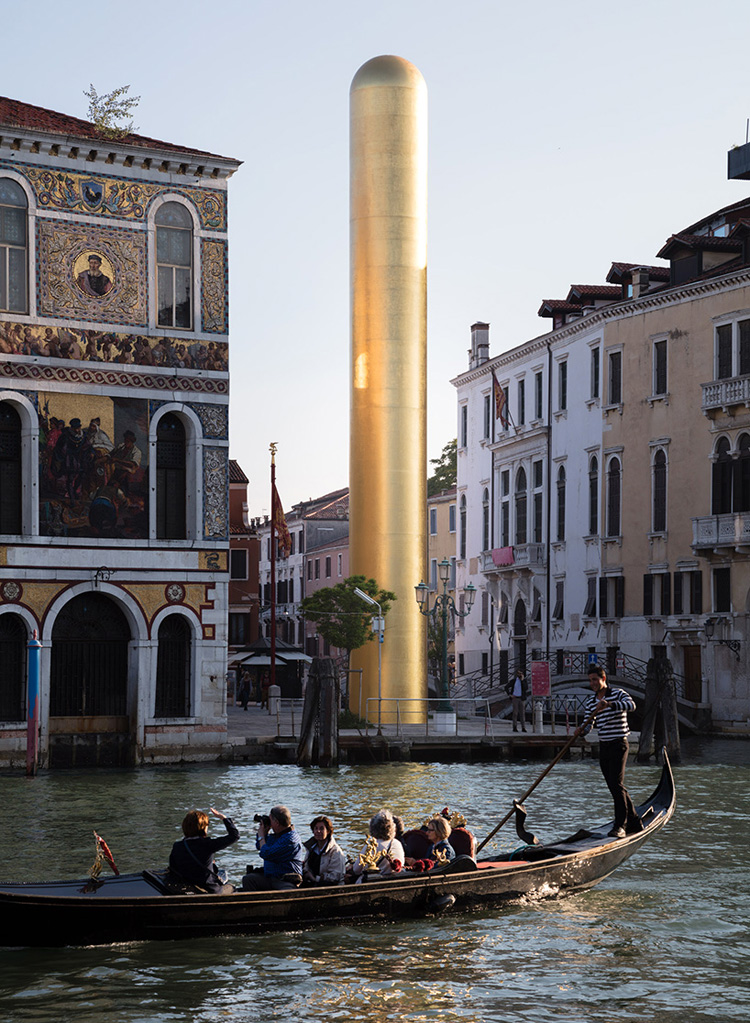 all images by Richard Ivey | courtesy of Michael Werner Gallery