Sandwiched into a row of buildings in the 9th arrondissement of Paris, the Pigalle Duperré is a basketball court recently redesigned by Parisian creative agency Ill-Studio and fashion label Pigalle, with the support of sports brand Nike. The court welcomes visitors on rue Duperré through hot pink and bright blue gates, while gradients wrap the surrounding walls.

“The anatomy of the human body as well as it’s performances have had a lifelong relationship with art. Since the legacy of Greek and Roman antiquity, sport is represented as a dominant idea within the beauty of an era. This never-ending quest for modernity has forged a strong bond between functionality and aesthetics over the decades. Through this new court, we wish to explore the relationship between sport, art and culture and its emergence as a powerful socio-cultural indicator of a period in time. We aim to establish visual parallels between the past, present and future of modernism from the « Avant Garde » era of the beginning of the 20th century, to the « Open Source » times we live in today, and our interpretation of the future aesthetics of Basketball and sport in general,” explained the team. 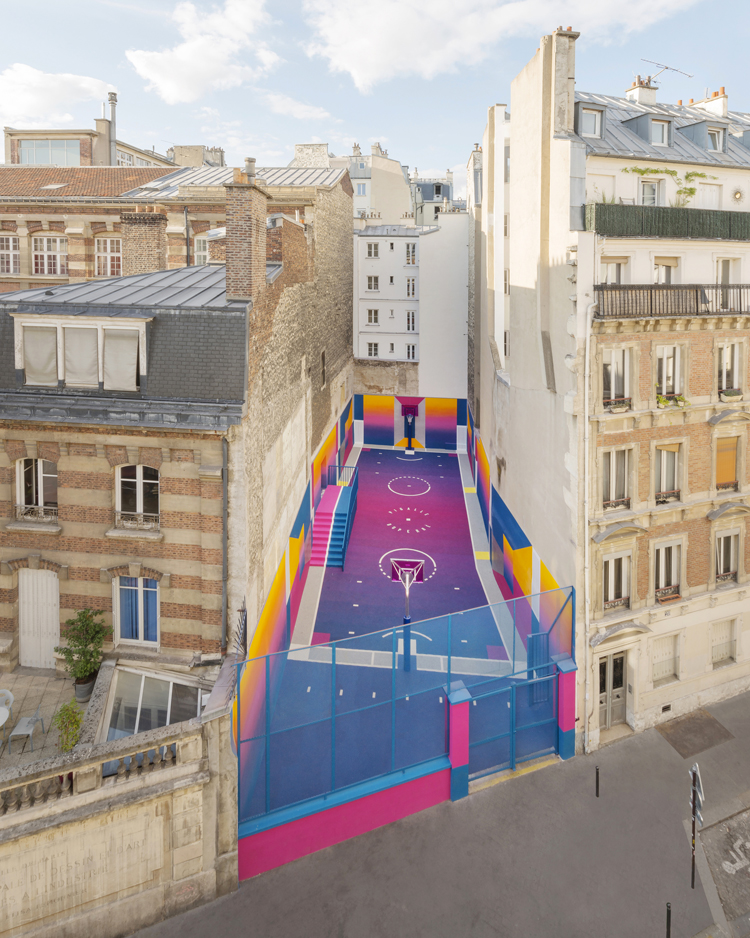 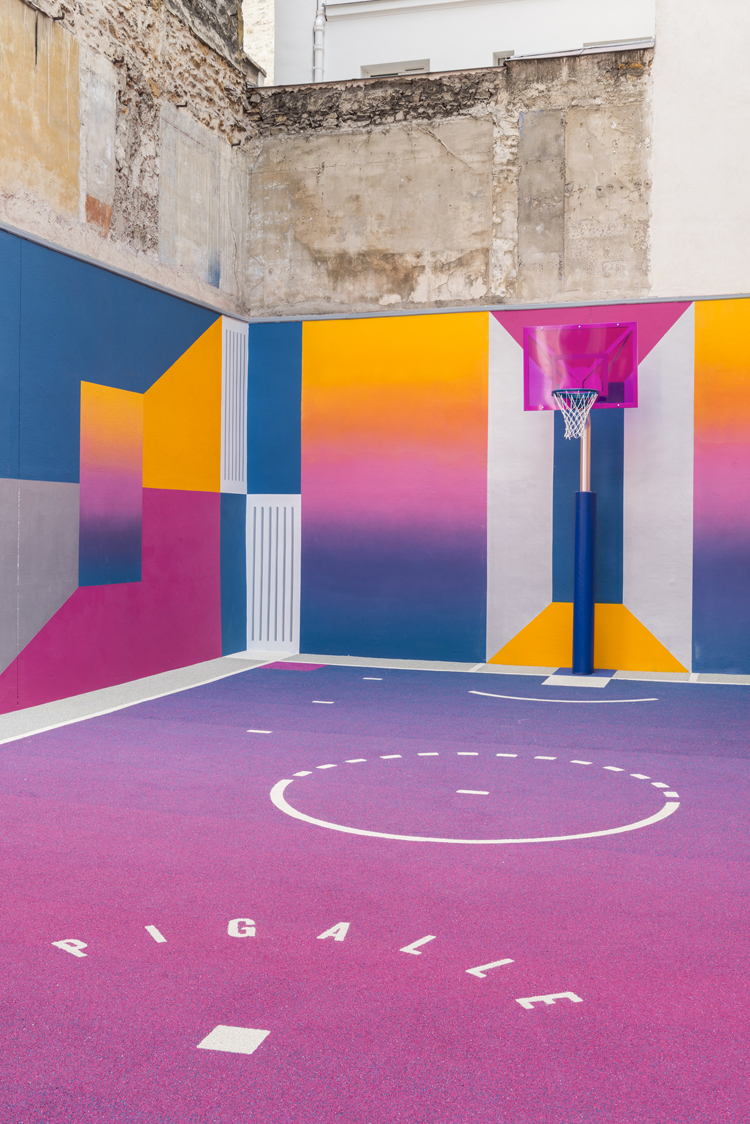 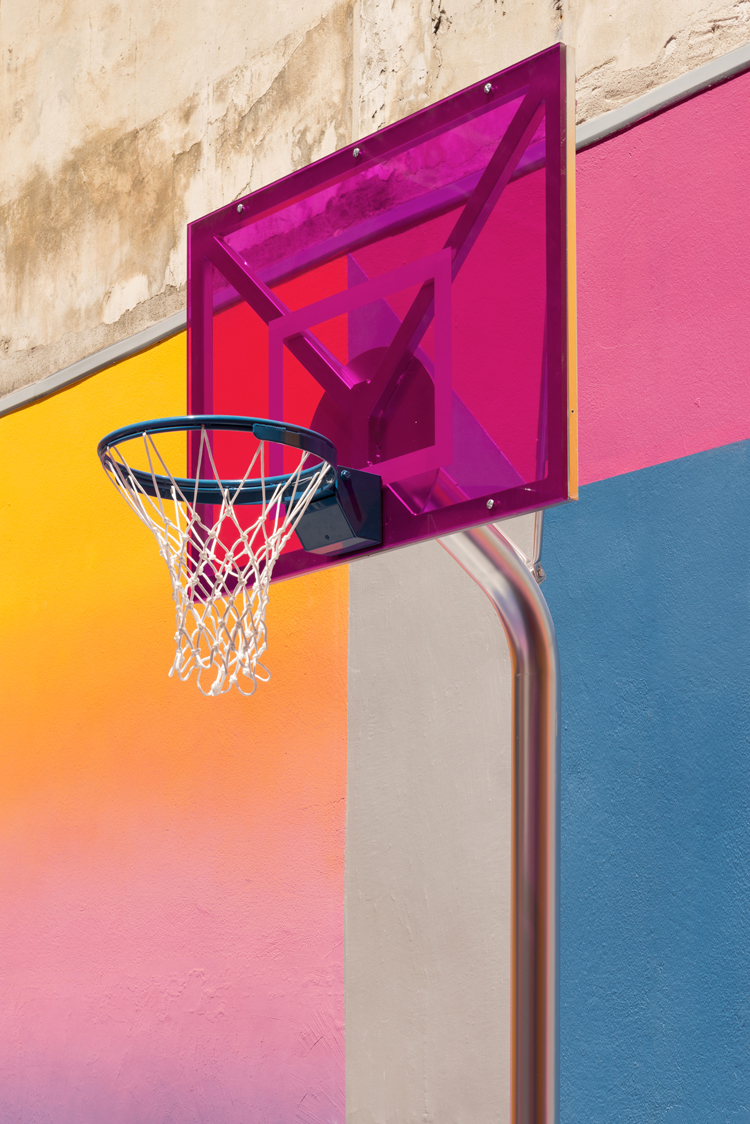 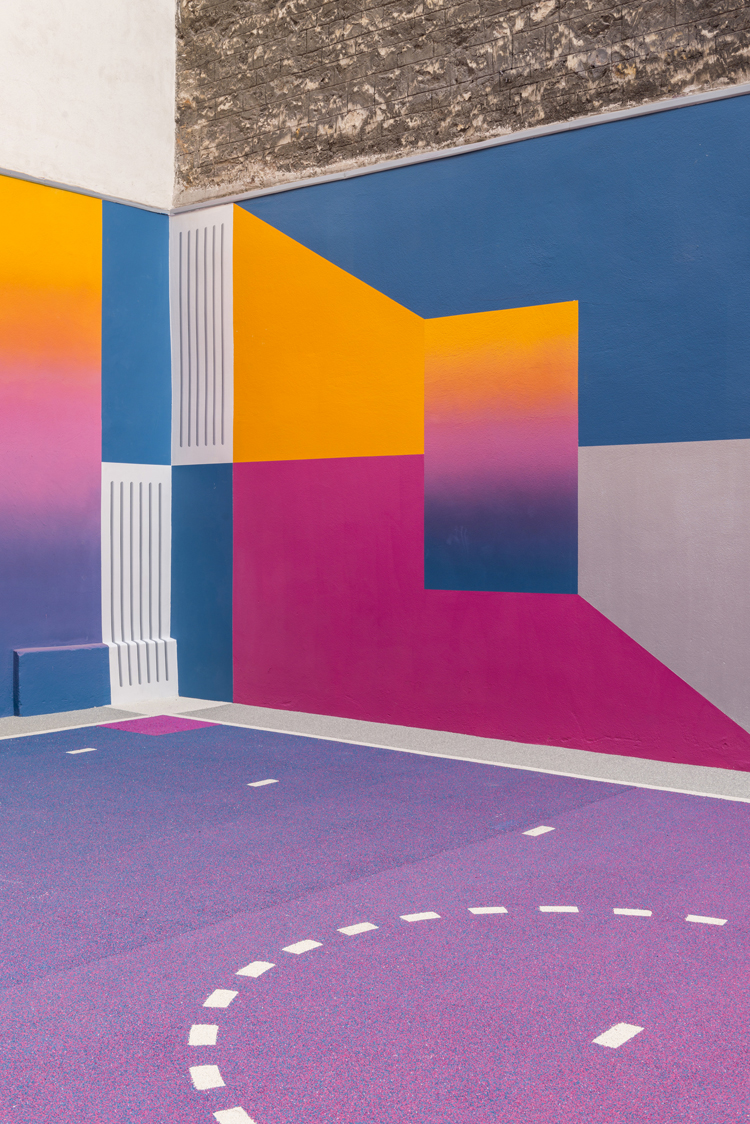 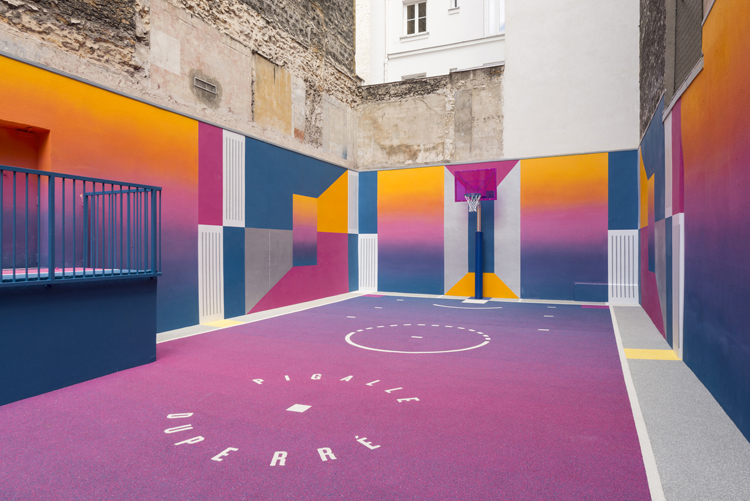 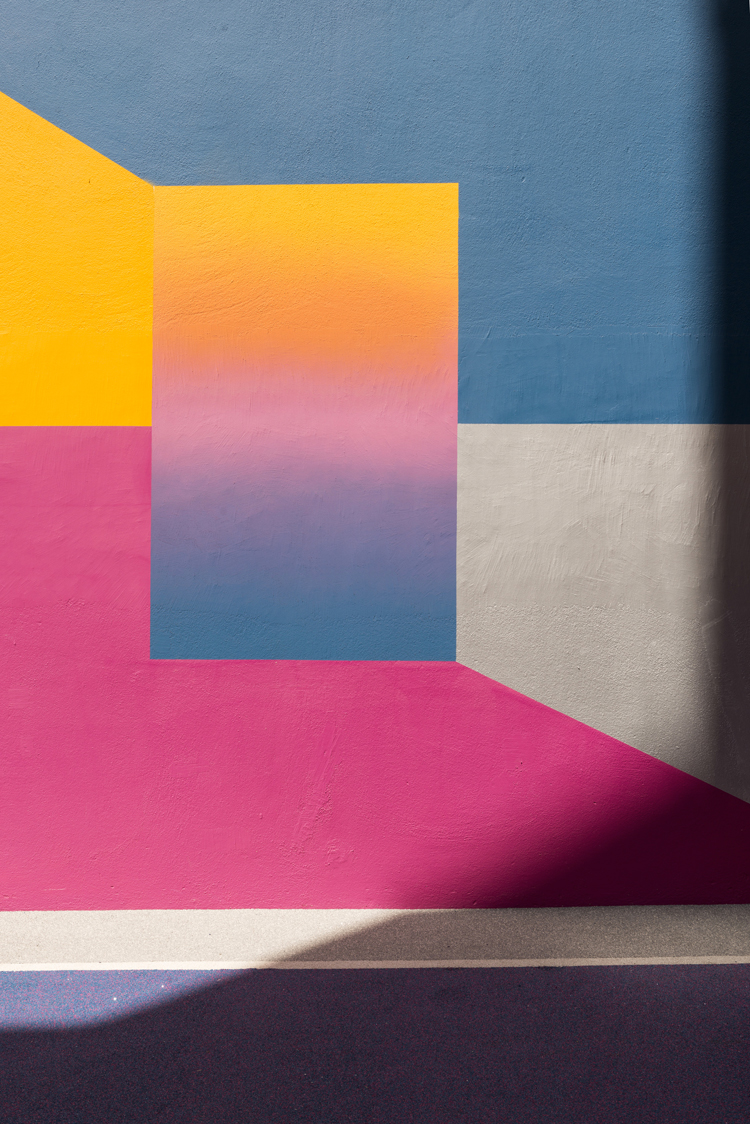 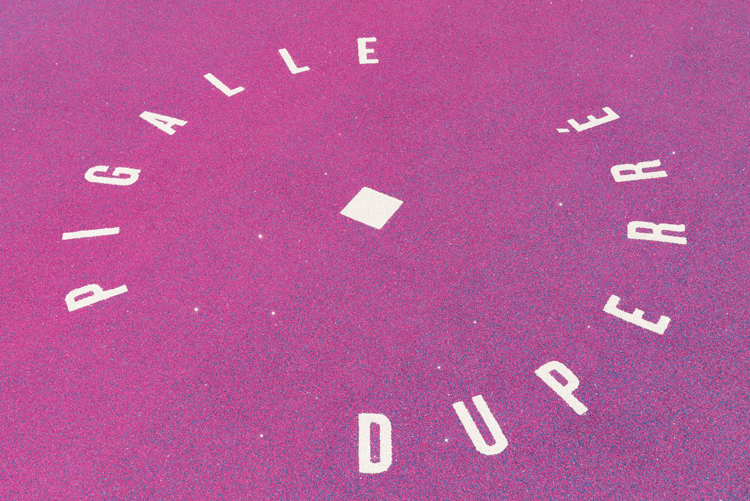 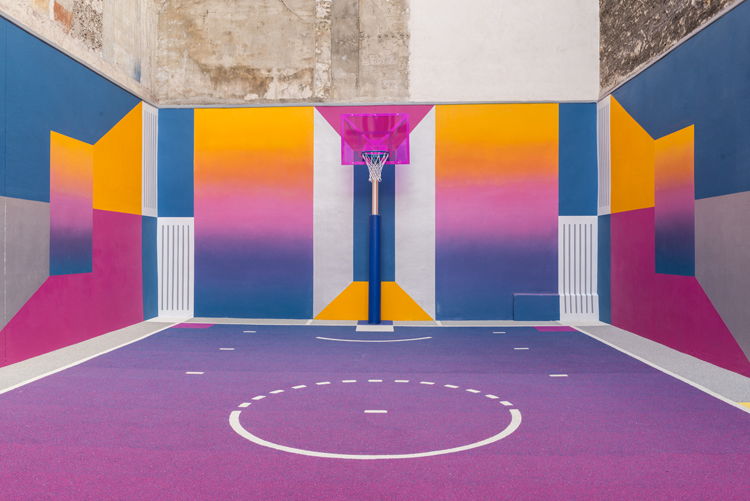 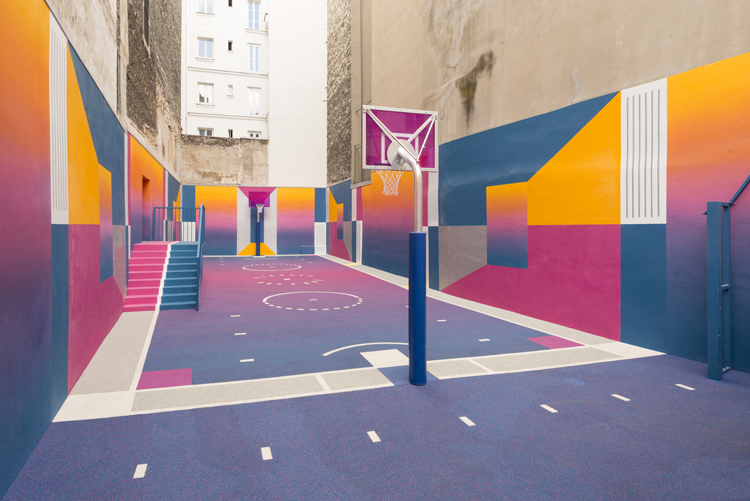 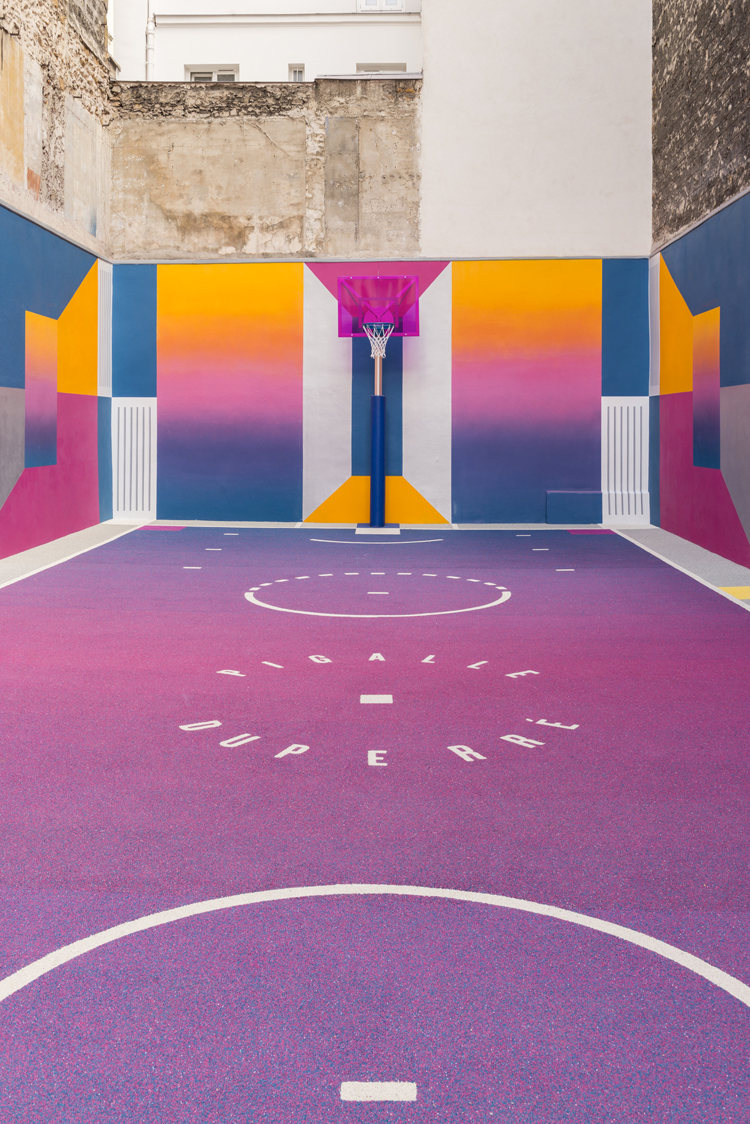