In Boston, one of the oldest cities in the United States, artist Mark Reigelman has realized The Meeting House, a temporary site-specific installation that draws from the architectural history of the region.

The Meeting House takes inspiration from the simple architecture of the area’s first colonial settlers and was fabricated using traditional materials and techniques. It manifests as a brightly painted New England Quaker-style structure sinking into the grassy lawn of the Rose Kennedy Greenway. Extending over 14’ in the air, the precariously positioned structure encourages visitors to explore the area’s built environment, consider the fluidity of Boston’s landscape and challenge notions of community while unearthing downtown’s unique past. 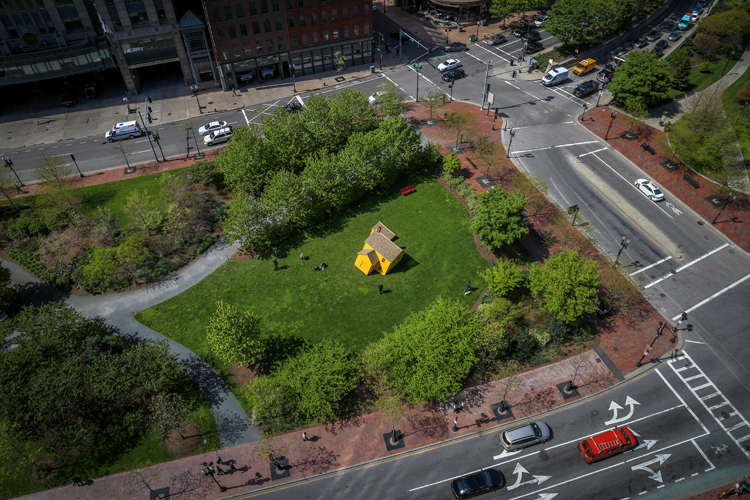 The Meeting House references two distinct and significant parts of New England history. Firstly, the small house-like structure is a reminder of the thousands of displaced residents and demolished homes sacrificed for the city’s elevated highway infrastructure project. Plummeting dramatically into the grassy lawn, The Meeting House will represent a dynamic viewing experience for pedestrians on the Greenway, while preparing to reveal itself to vehicular traffic in the underground highway a few feet below. 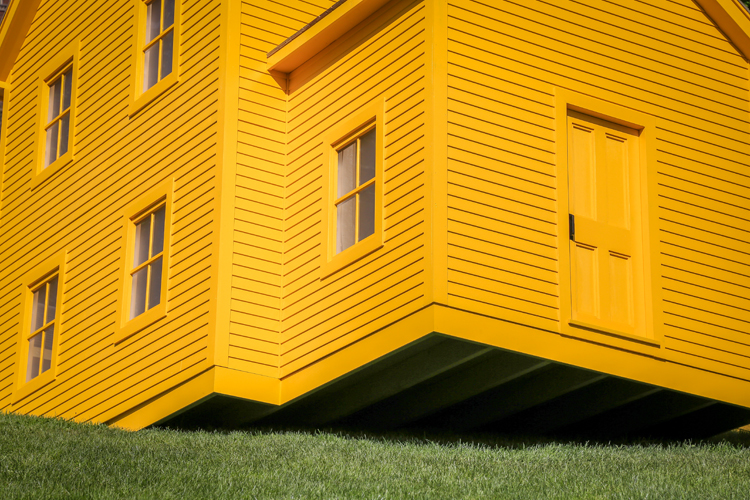 Secondly, the project is inspired by the Pembroke Friends Meeting House, which is the oldest surviving Quaker meetinghouse in Massachusetts. The Society of Friends were known for their progressive ideals including slavery abolition, prison reform, social justice, and gender equality. Their meeting houses became the center of the community with defining characteristics emphasizing simplicity, equality, peace, and community. These structures were a place where community members were encouraged to openly discuss local issues, conduct religious worship, and engage in town business. The Meeting House intends to mimic these ideals and is energized by the iconic meeting houses that dot the Massachusetts landscape, acting as a reminder of the essentialness of social interaction and civic discourse. Furthermore, the installation highlights the unique interaction of public space and urban infrastructure found in Downtown Boston. 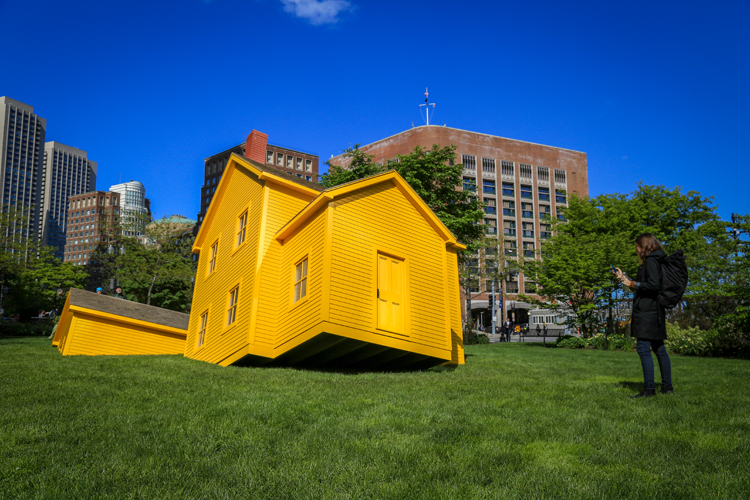 “In a contemporary society that threatens equality, challenges diversity and contests progressive ideals, it is more important than ever for public art to become a beacon of optimism and inquiry within the urban landscape,” says Reigelman. “Civic installations have the potential to act as gathering points where passersby can explore, question and interact. The Meeting House symbolizes the precarious and daunting state of American culture while simultaneously injecting a sense of hope and buoyancy into the community.” 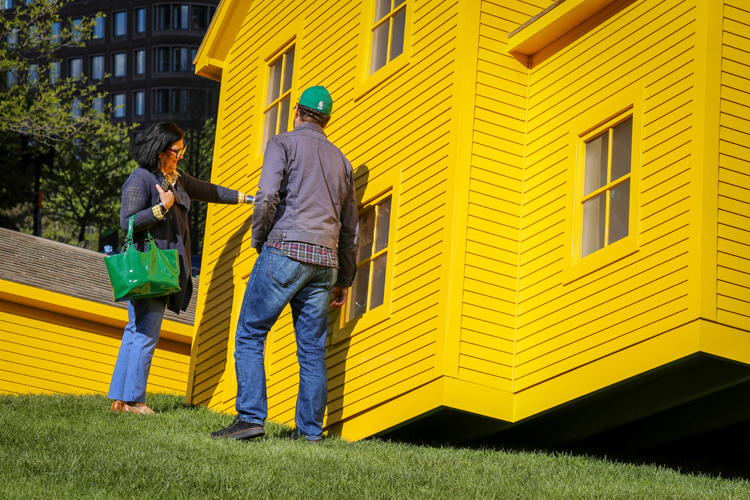 The Meeting House was fabricated in over 20 parts and over the course of three months in Brooklyn New York and then flat-packed, transported and installed on the Boston Greenway. The sculpture was constructed using standard platform framing with traditional woodworking techniques. The Meeting House will be on view in Downtown Boston till November 2017. 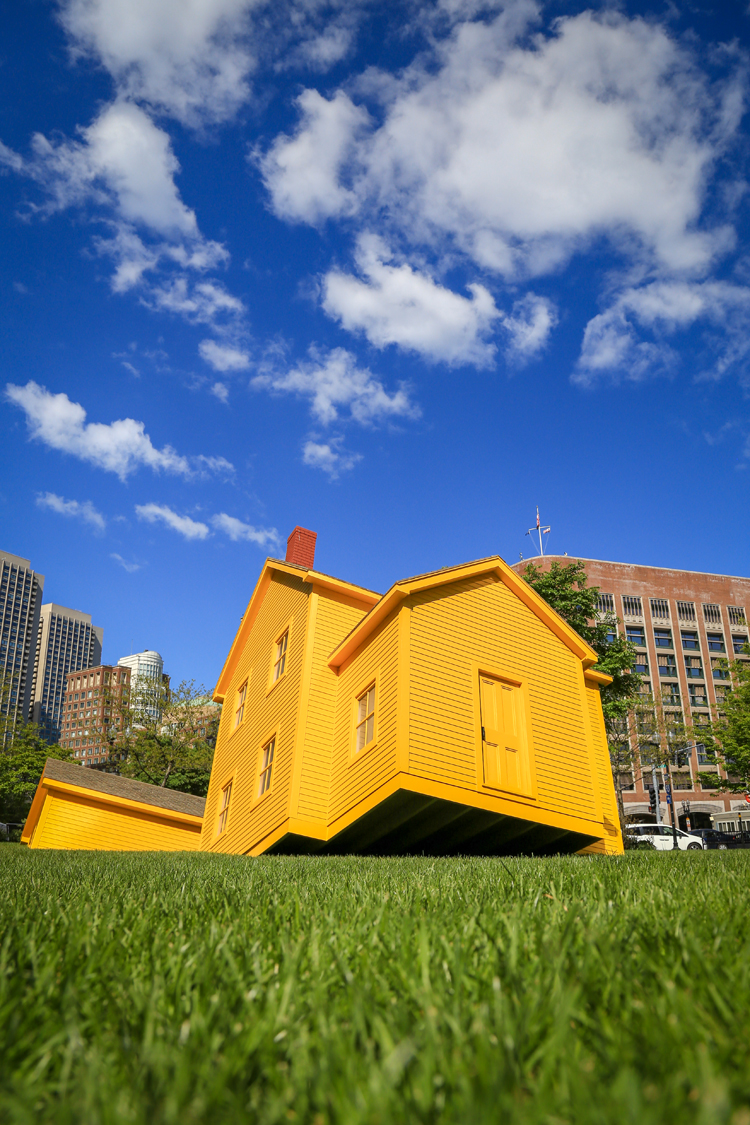